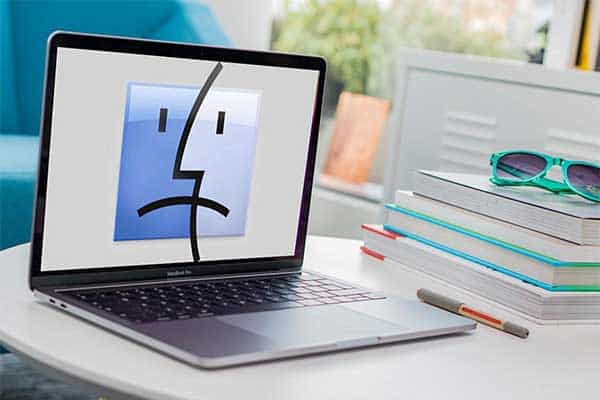 Fortunately, it was a computer crash and not a physical crash.  Late last week, my MacBook Pro shit the bed whilst I was editing a photo for the Friday blog entry.

My MacBook Pro was 8 years old.  I’ve been told by an expert that it’s already considered obsolete.  And by its actions on Friday, it also told me it was obsolete.

The computer froze up and would only re-boot to a  gray screen.  While I could get it to do a few different things, I couldn’t get it to boot in safe mode or in diagnostic mode.  I worked for hours trying to trick it back into working.  This included amazing help from a friend who does Apple repair for a living.

Turns out there has been a problem with the video card portion of the logic board on this model (early 2011, in case you care).  And short of re-writing a USB reboot routine in Terminal Monitor and then soldering out a micro-transistor from the logic board, I was never going to get my computer to reboot.

Jeff Geerling writes all about the same thing happening to his sister’s early 2011 MacBook Pro here.

Fortunately, I had a recent backup of my computer.

Also fortunately, I was able to quickly determine that the old machine was unrecoverable.

Finally, my local Apple Computer dealer had the exact replacement computer in stock and ready to pick up over this past weekend!

Here’s what I used to have: 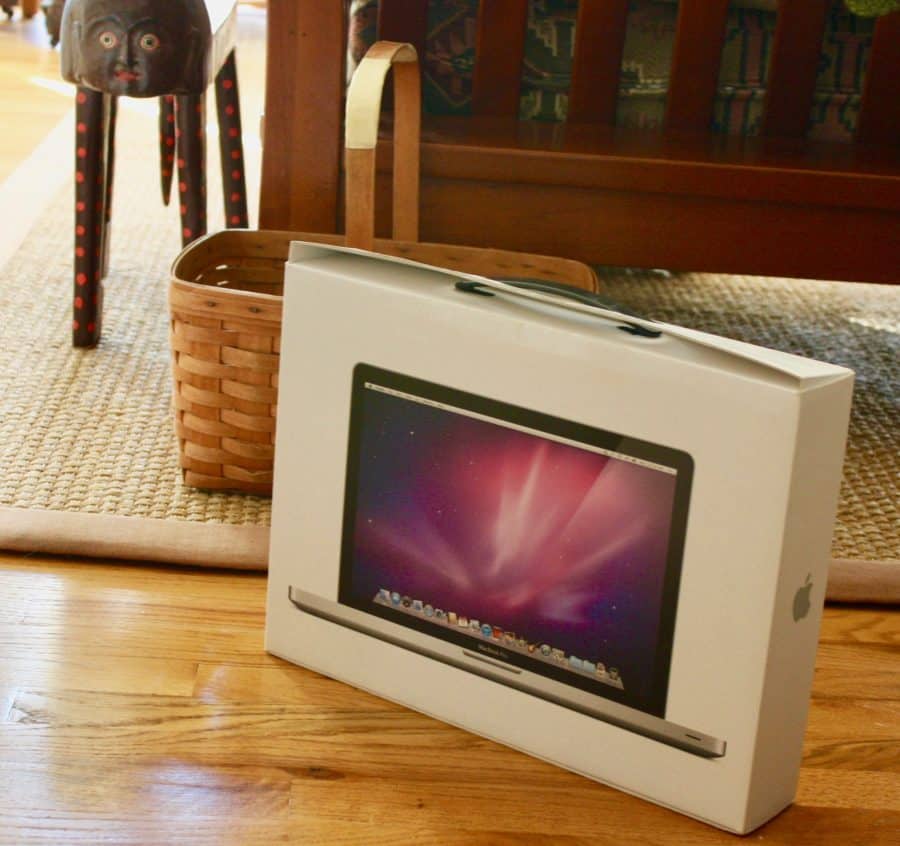 This is what I bought: 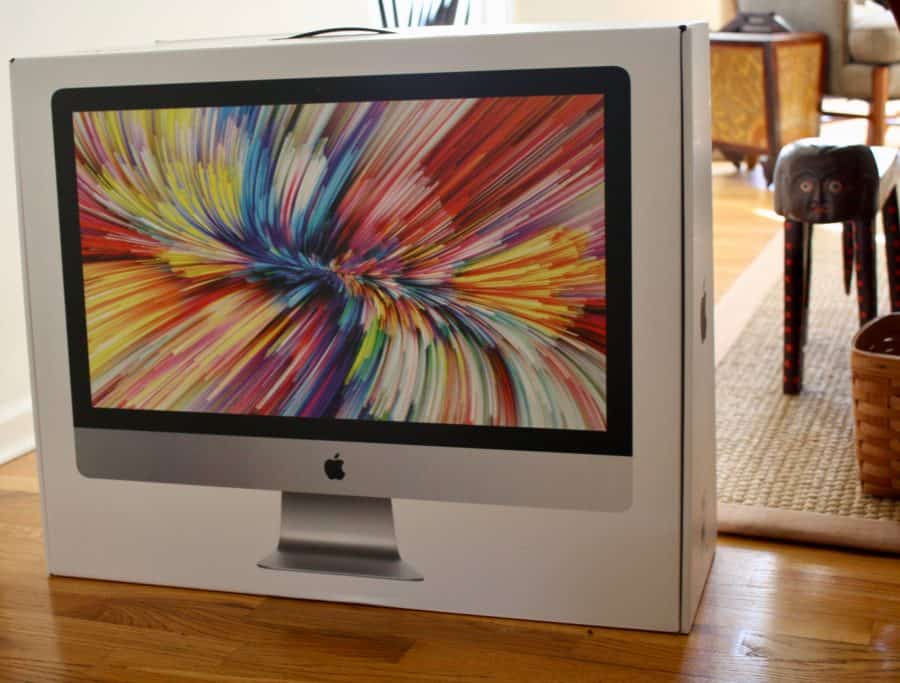 And this is the side-by-side: 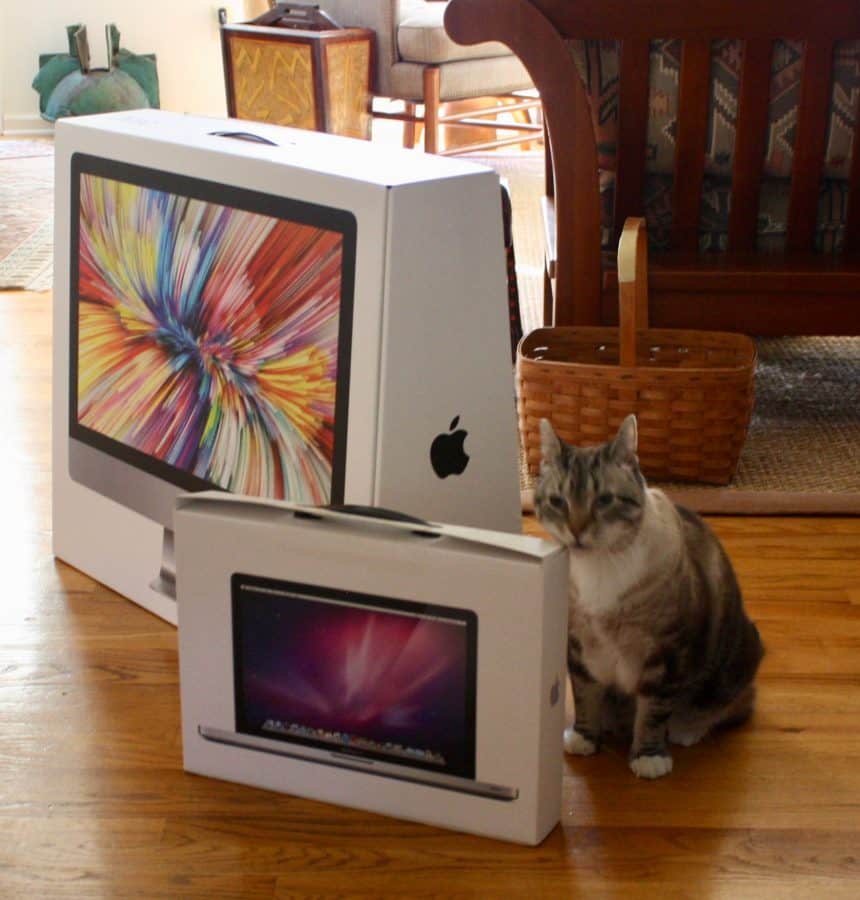 Now I am the proud owner of an Apple iMac (27-inch Retina 5K display: 3.8GHz quad-core Intel Core i5, 8GB RAM, 2TB) – Silver.  It was amazing how quickly I was able to get it up and running. 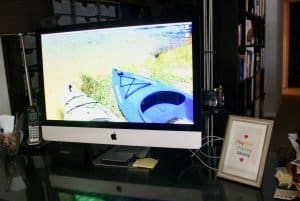 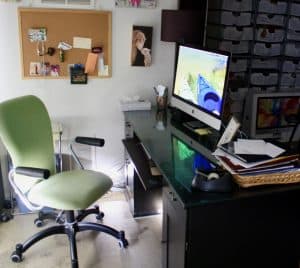 All my data has been restored and all the functionality I used to have has been re-set-up.  I couldn’t be more pleased.  The new computer is faster, takes up less space and does everything (and more) that my old computer did.  Including, photo editing and posting of this blog entry a mere three days after my old computer died.

With all the technology activity since Friday, I didn’t get an enormous amount of knitting done.  But I was still able to finish the latest Cross Hatch Scarf. 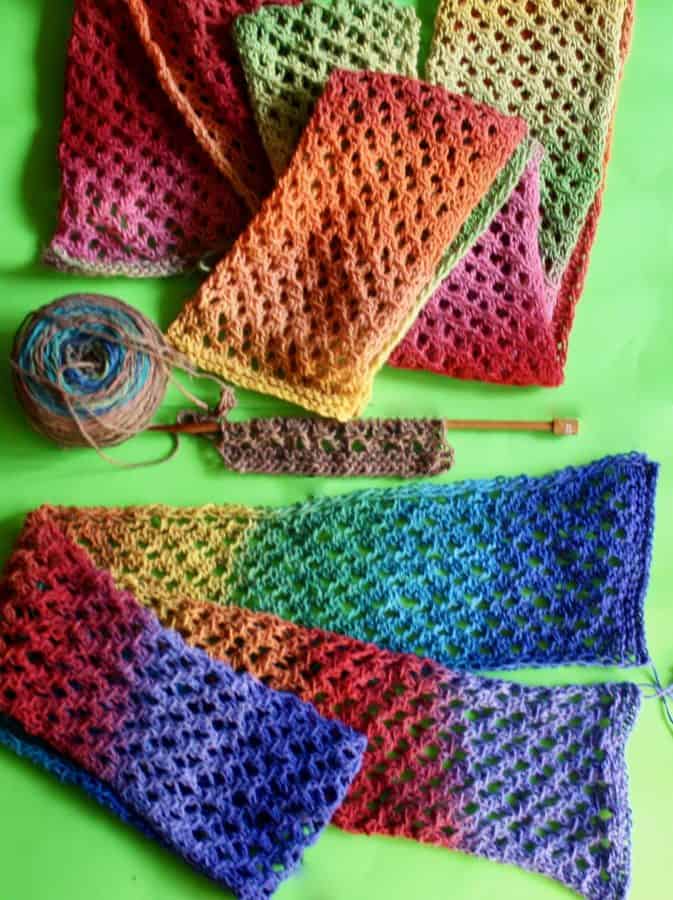 This one is my favorite colorway so far.  I also started a new scarf in the third colorway of Cascade Casablanca.