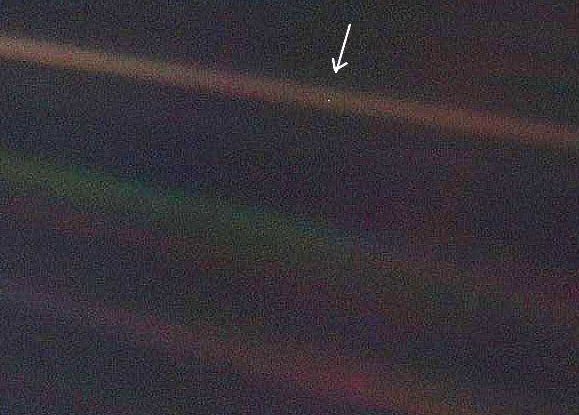 Over the years, I’ve known some amazingly knowledgeable people who come as close to knowing it all as you can.  Brilliant spiritualists.  Amazing scientists.  I even worked with a three-time Jeopardy champion who was unbelievably smart and knowledgeable.

Do You Know It All?

Imagine, if you will, all the knowledge possible.  Everything that can be known.  Envision it as a vast space of facts, information, history, etc. Include every level of understanding for each fact, point in history, etc. Then consider expanding that to all that’s unimaginable, but still yet knowable.

Now, using the same scale of that last imagining, try to imagine the size of what you know.

I don’t know about you, but I don’t think I could get my knowledge to even show up when compared to all possible knowledge. It would be infinitesimal in comparison.

I have said this before, but there is an infinite amount of things about which I am ignorant.

That’s kind of a negative way of stating that I have an infinite potential for learning.

For some, this concept might be discouraging.  For me it’s the opposite.  It gives me great hope knowing that I will be forever growing, learning, expanding my knowledge.

I also hope to never be seen as a know-it-all.  Not even in areas where I’ve got extensive knowledge.  Like knitting. Personally, I tend to believe that even the amount and breadth of knowledge in one area, like knitting, is also infinite.

This theme of right-sizing my place in the Universe has been reinforce by the recent BBC series by Dr. Brian Cox, called The Planets.

The photo above is an image taken by Voyager 1 on February 14, 1990. As the spacecraft left our planetary neighborhood for the fringes of the solar system, engineers turned it around for one last look at its home planet. Voyager 1 was about 6.4 billion kilometers (4 billion miles) away, and approximately 32 degrees above the ecliptic plane, when it captured this portrait of our world. Caught in the center of scattered light rays (a result of taking the picture so close to the Sun), Earth appears as a tiny point of light, a crescent only 0.12 pixel in size.

Almost finished with the latest Cross Hatch Scarf in the third colorway of Cascade Casablanca yarn. 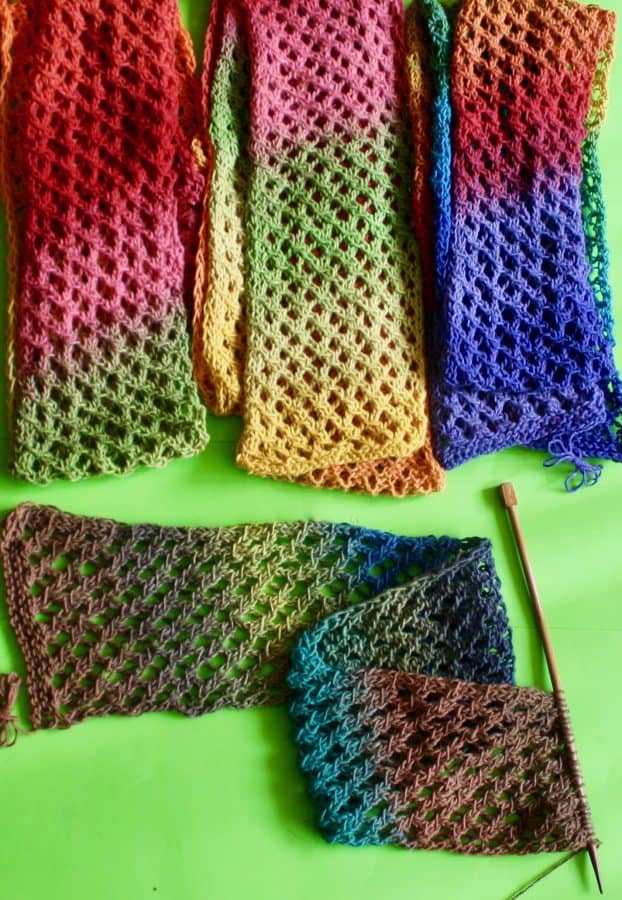 I love this colorway probably the best so far.  Very rich looking in my opinion. 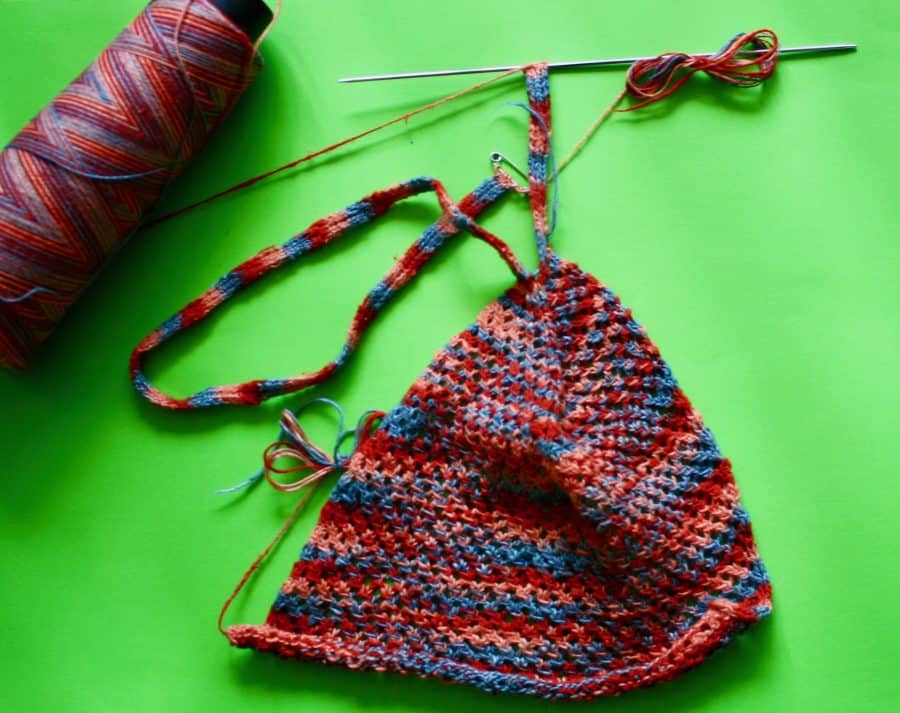 Just waiting for something I ordered to arrive so I can finish it.