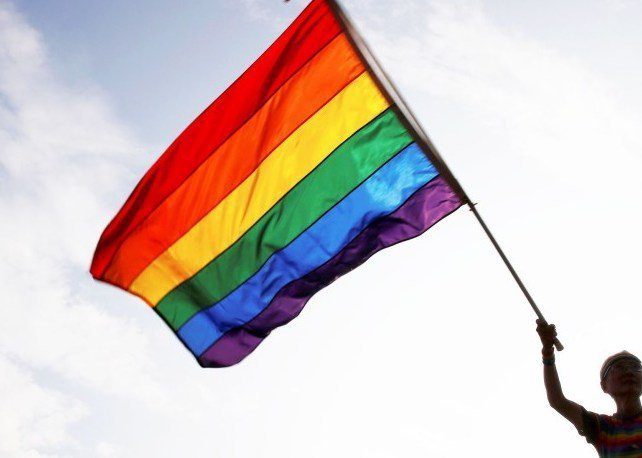 How Has Discrimination Affected You?

With all the recent “go back to where you came from” speeches and “send her back” chants, discrimination and racism is open and glaring in the U.S. at the moment.

Tell Me Your Discrimination Experience

And I’ll tell you mine!

Yes, I’ve had tons of experiences of having people yell “Faggot!” out their car window as they drove by.  Once even in San Francisco of all places. I’ve also had my share of bullying during high school even before I knew who and what I was. And the discrimination on-line in forums has sometimes been awful.  But the most shocking instance took place with a co-worker back in the 90’s.

I was working for Atlantic Mutual Insurance Companies in Madison, New Jersey.  I worked in the Human Resources department and I was having lunch with some of my co-workers.  One of the managers in Human Resources (we’ll call her Sally) came to the table to join us and overheard me talking about Thaddeus.  I don’t remember the topic, but it was something boring.  Maybe that we saw a movie together.  Or perhaps he had baked a pie.  I mean it was a really beige topic.

Sally (who had just joined out table) was a very smart woman. She was brilliant at her field of work.  And she had been bemoaning the fact for years that she couldn’t get her boyfriend (we’ll call him Dan) to marry her.  We heard about her boyfriend and desires to marry and have children often.

She sat down at the lunch table and asked me “Why do you always have to be so in-your-face about your sexuality?”

I considered my response.  Violence was the first thought.  A face-punch was what I envisioned.  But I quickly decided that would be bad.  Screaming swear words and calling her an ignorant moron was the second thought.  Again, in a corporate cafeteria with senior executives nearby, I passed on that idea as well.  Finally, I settled with asking her what she meant.  Did she mean talking about Thaddeus like she talked about “Dan” was “in-your-face” for my sexuality but not for hers.  And she literally replied, “Well, my relationship is normal.”

This was in the days before it was illegal to be fired for being gay in New Jersey.

I was grateful to understand that these comments were mostly just from ignorance on Sally’s part.  There may have been some malice in her comments, but mainly it was just completely lack of understanding.

Fortunately, I had three strong allies at the table and we all educated Sally.

Just like I’m shocked to see how much hate there is in the world today, I was equally as shocked at the ignorance back then.

Recently, I recognized how little I understood about the prevalence of racism that others have known about for years.  So I’d like to hear about your experiences.

I’m at one of my favorite phases of knitting on my two active WIPs…completing!  The Ensign Brook DK Cardigan turned out to be a surprise. 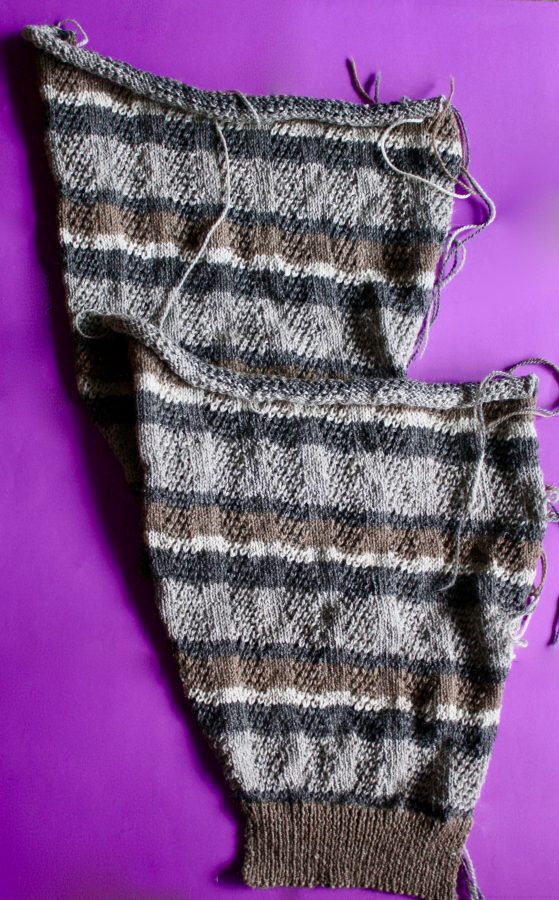 I’ve finished the two sleeves and had JUST enough tan yarn to complete it!  Yay me!  I’ll start the button-band/collar and shortly I’ll be cutting the steek!

I’ve also finished the mini-cross-hatch project and I’m quite pleased with how it turned out. 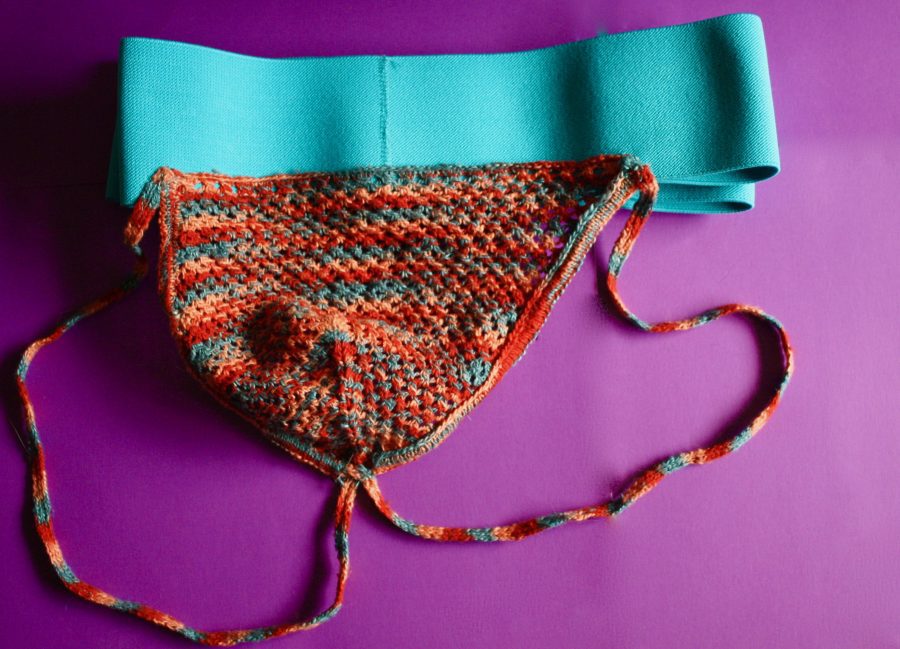 And yes, it fit’s extremely well, but I can’t do photos of that.  Sorry.  I wasn’t overly pleased with how the mesh joined to the elastic waistband, so I’m knitting a VERY fine tube as an accent trim. 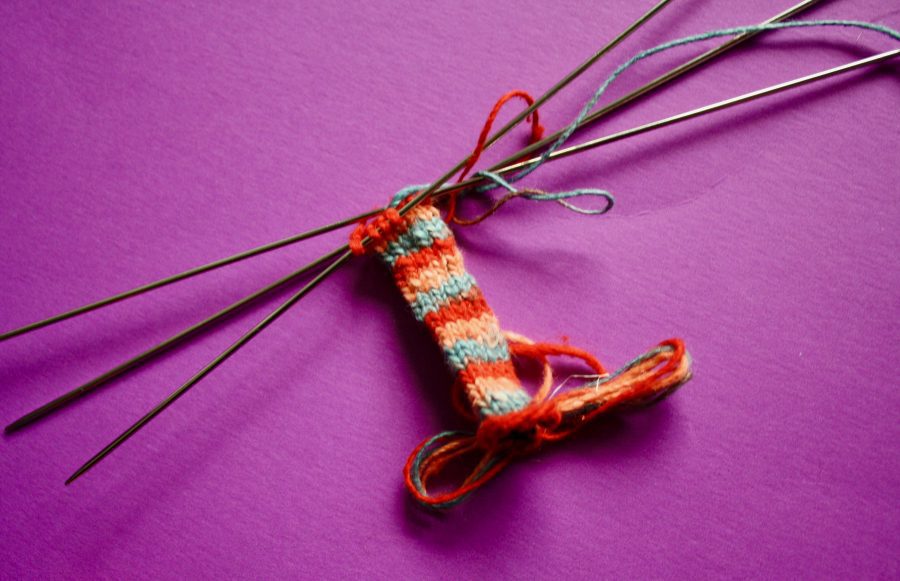 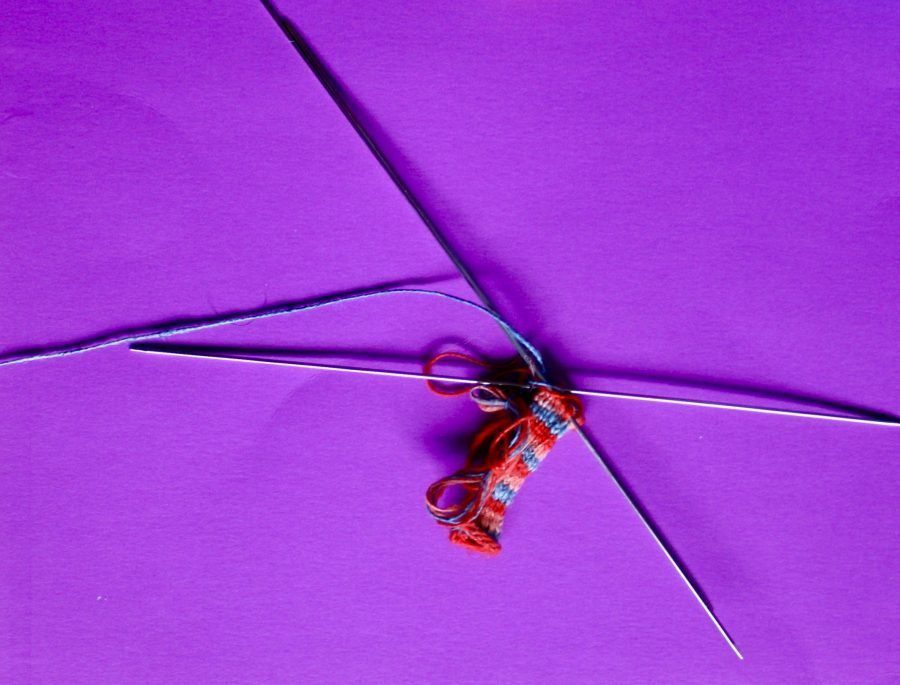 When it’s long enough, I’ll flatten it out and sew it down at the top of the mesh pocket.