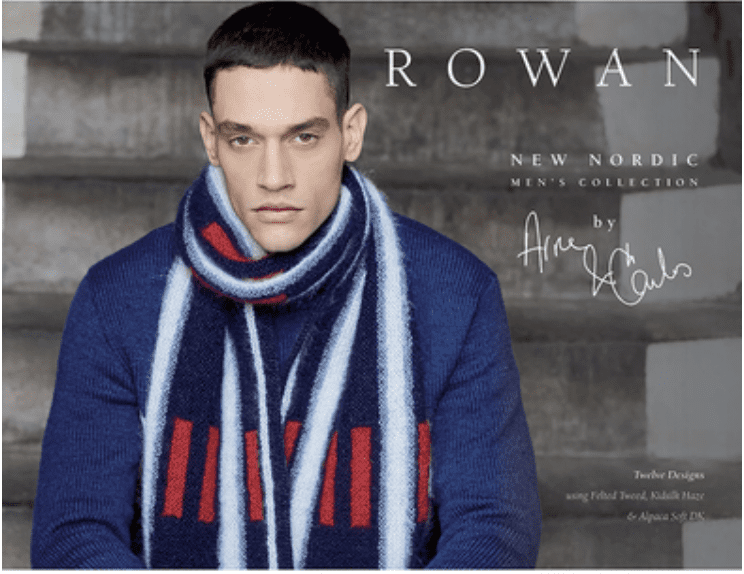 Rowan has always been a good source of men’s knitting patterns for me.  Beautiful designs knit in luxurious yarns.  But the most recent Men’s Nordic Collection by Arne & Carlos is even more extraordinary than usual.

Many who know me, know that I have an extensive library of knitting books.  So I’m rarely looking to add a new one.

But this one is different.  Look at the twelve designs.  There are at least four of them that I want in my collection of hand-knit sweaters. Jens is probably my favorite.

Not since Rowan’s Tilt Cardigan have I been so excited and wanting to knit someone else’s designs.  My favorite is the Jens.  I’ve always been a snowflake lover.  I also quite love the Haavard and the Sverre.  But Jens is definitely my favorite.

Do you know, I don’t have one turtleneck in my wardrobe?  It may be time to address this gap. I plan on getting the yarn for Jens in a different colorway.  I have some a beige colorway of Felted Tweed in my stash, so I’ll supplement that with a rich, darker background color.

For the women, Rowan has also published a Nordic Women’s Collection by Arne & Carlos with really great designs as well.

I finished the first “more full bobbin” of singles. 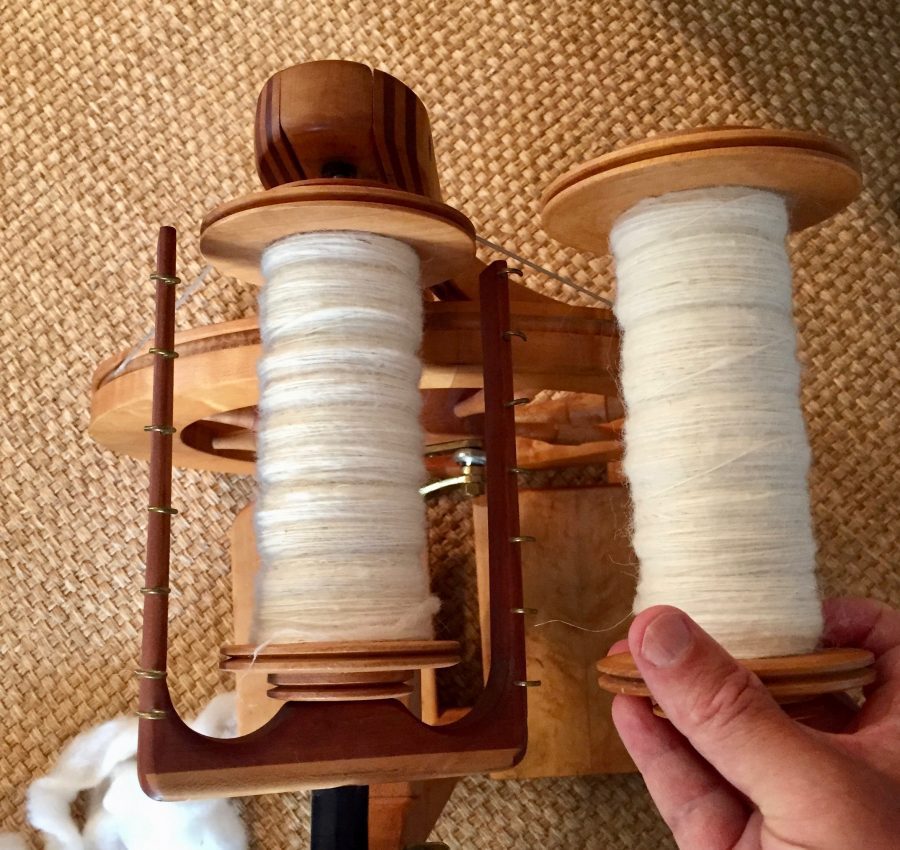 Now I just have to spin the remaining roving onto the other bobbin (to get them approximately even). 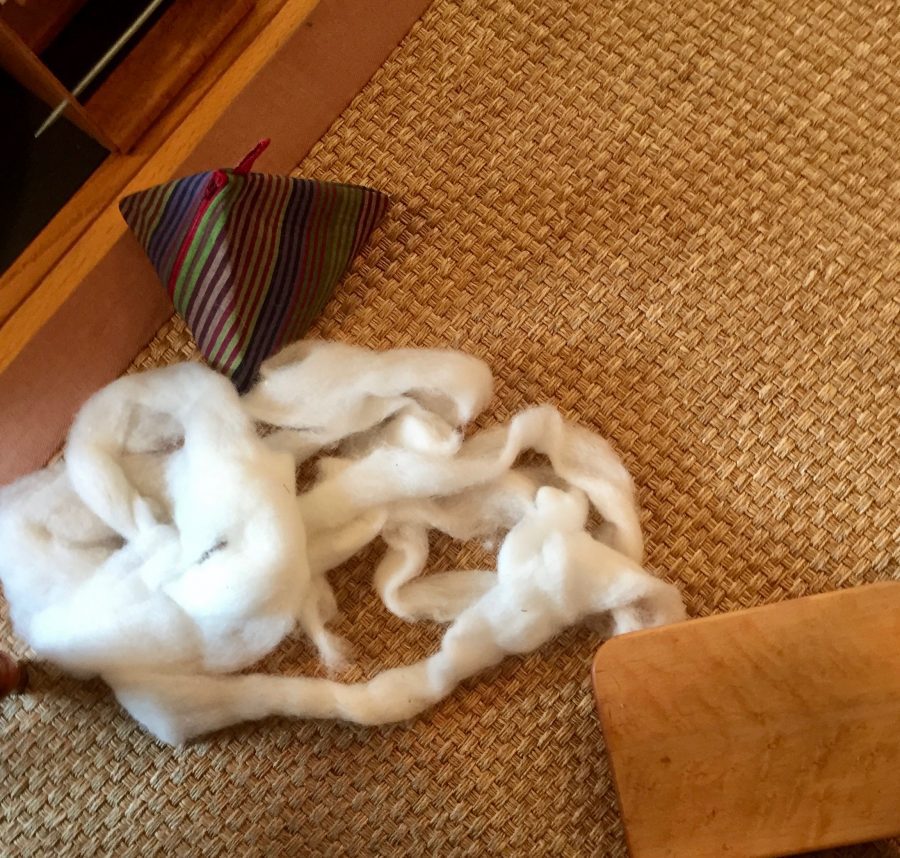 I’ve also done some additional work on the new project I showed on the last blog entry. 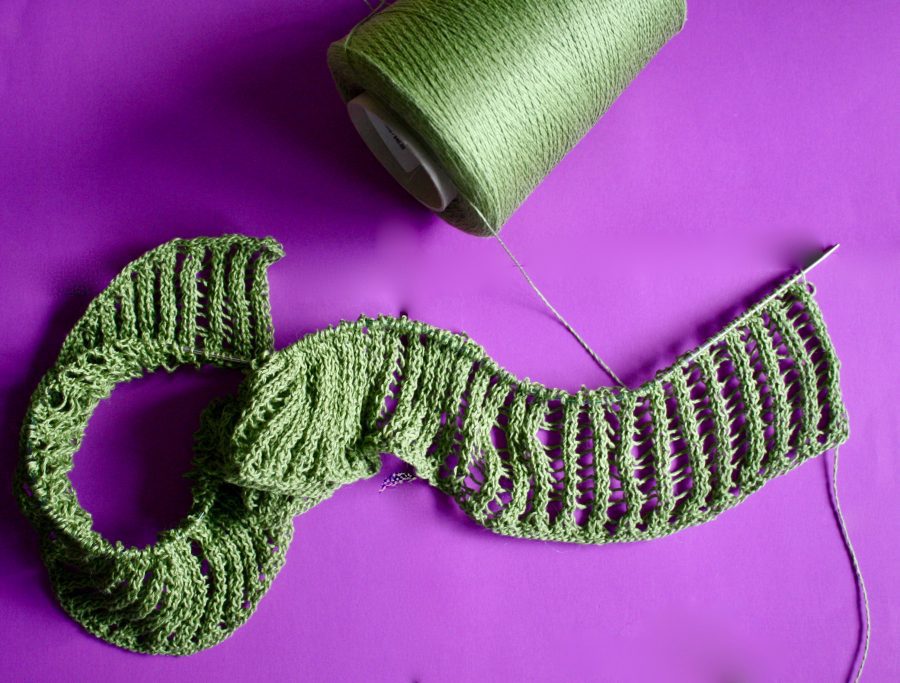 I’m calling it the See Grass Shawl.  I love the rich, flat green color of the silk and merino yarn.

I’ll probably write up the pattern for this shawl and post it to Ravelry for free…mostly because I know I’ll get a lot of people asking for it so they don’t have to do the math.

Here are the basics:

Note: On row 2, you’ll be working 2 sts into double yarn-over…the first one is a P st, the second one is a K st.  Most instructions will tell you to K into the back of the loop on the second one…I don’t do that and it gives a much flatter, twisted ladder in between the columns.

I just ran into your site on the internet and know nothing about what you’re all about. However, as a male knitter, I want to feel more comfortable knitting in public. I was wondering if you have any techniques to use.

I also find every single yarn store I go into to be geared toward women’s fashion colors and not mens. I understand that more women knit than men. However, the guy who does knit would certainly appreciate a color palette that was for men. Do you find this when you shop?

Answer: The first couple of times I pulled out my knitting in public (about 30 years ago), I was very uncomfortable.  I thought everyone was looking at me.  It was well before the internet had shown the world that men did knit.  Mostly, I found people were very supportive.  I never had a negative comment, although I did get a few eye-rolls early on.  I did a lot of traveling on bus, train and plain over my career and I knit a lot in public.  Only one time in Texas airport did I ever feel uncomfortable.  There were one too many sideways glances there.

My suggestion is to try it out for yourself and see what the reaction is.

As for yarn stores.  I have always found there was a bounty of “male” colors in the places I shopped.  Navy, charcoal and natural wool colors (gray, tan, black, etc.) were always abundant.  I am a bit more adventurous than some men when it comes to my sweaters. 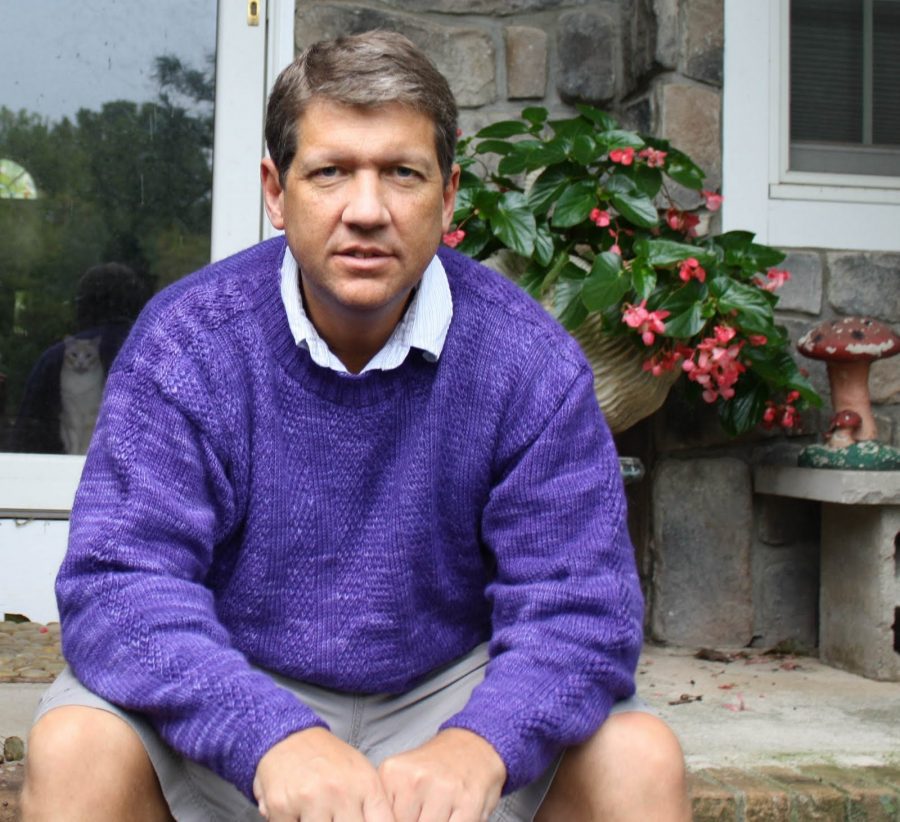 For men’s designs, I personally think there are a LOT more around than there were when I started knitting.  It was one of the reasons I began learning to modify and design my own sweaters.  There are TONS of men’s patterns on Ravelry, including the new Rowan book in this post and so many more.

Good luck…I think your comments and feelings as a male knitter are one of the reasons the Men’s Knitting Retreats have become so popular.