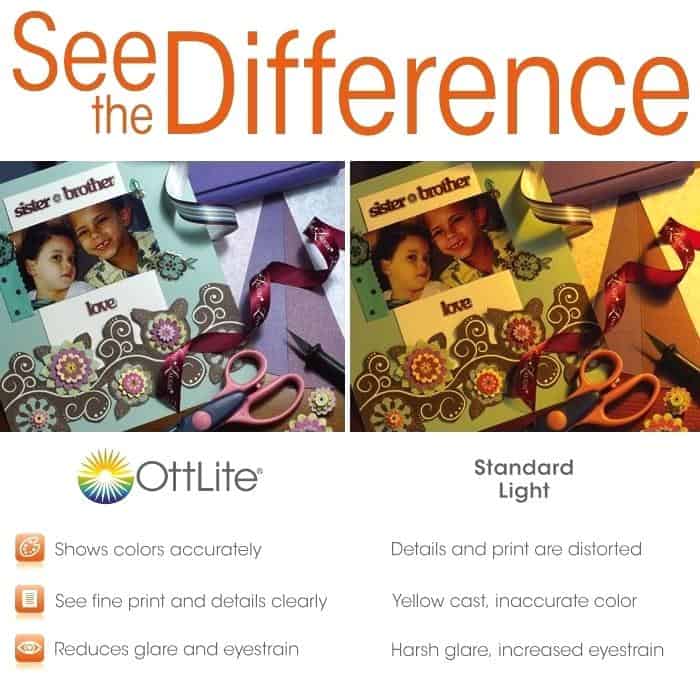 Knit-blogging requires that I take a LOT of photographs. Sometimes this requires I wait until I have enough natural light to take a photo with true colors.

True Colors On A Gray Day

Then there are other days when I don’t get enough sun to take the photos I’d like for my knitwear.  Like today (when you see photos of the See Grass Shawl below, you’ll understand how much photoshopping goes into them).

For years, knitters and crafters on the Knitlist and other forums talked about how awesome the Ott Lite was for showing “true colors”.  One of the guys used to set up a huge Ott Lite at the Men’s Knitting Retreat in May each year so that he could work on his purple project in sun-like light.

A number of times, I considered buying an Ott Lite. But honestly, I didn’t really have a huge need for it.  Until I saw one sitting amidst a pile of junk on a flea market table.

I have to admit, I resorted to some unfair manipulation of two people to purchase this light (lite).

First, I knew Thaddeus would be dead-set against me purchasing another clamp-on light.  I already have a few for my Craft Shows.  But, he had no idea what an Ott Lite was.  Second, the flea market vendor selling the item kept noting it was an Ott Lite!  I’m not sure, but he sounded like he thought it might be of some value.

So I picked up the light and started examining it with as much disinterest in my face as I could muster.  I have a shitty poker-face.  Right on cue, Thaddeus comes up and says, “You don’t need that.” “Look at the bulb…it probably doesn’t even work.” “It’s going to cost more to replace that weird bulb than it’s worth.” “It’s not even worth cleaning it.”  “What do you need that for?”

Thaddeus used to sell lighting, so he knows a lot about bulbs.

The flea market vendor quickly re-calculates his selling price in his head, seeing that he’s about to lose a sale.  He says, “It’s only $5.  If it doesn’t work, bring it back.”

Despite Thaddeus’ continuing protestations, I paid the $5 and took my Ott Lite.  As we left, I told Thaddeus what it was.  The light also works. 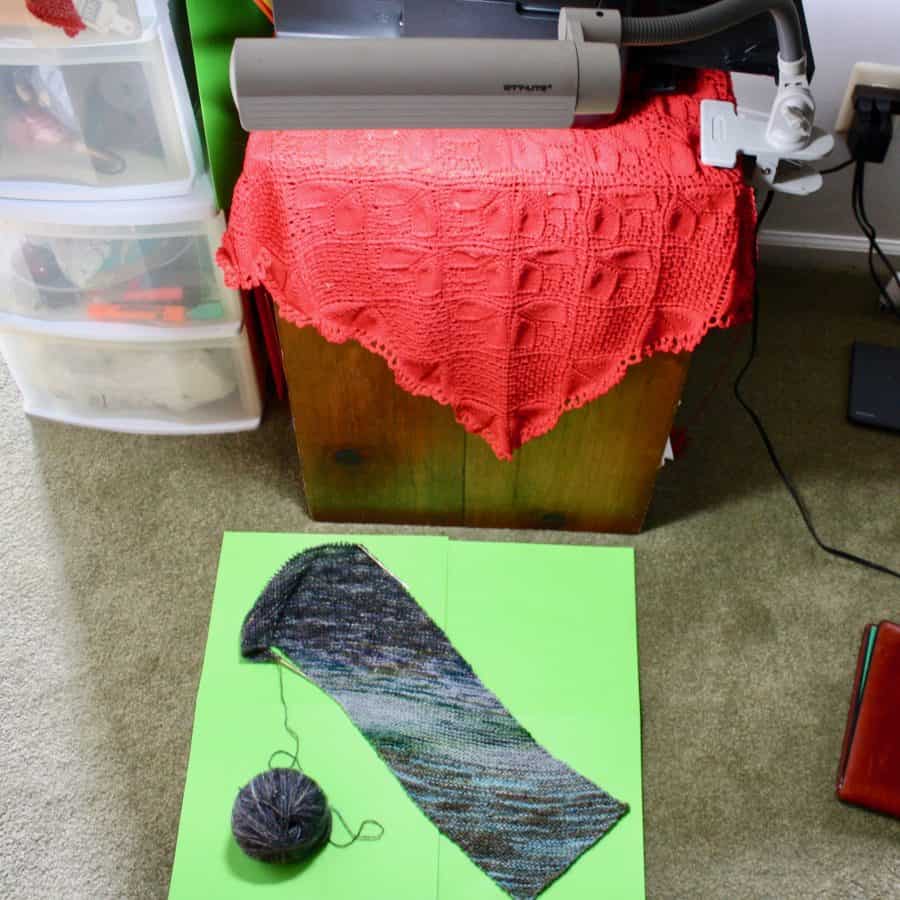 I’m glad to finally have gotten this Ott Lite. And more importantly, one for $5. The newest Ott Lites go for about $30 (U.S.), but there are a lot of complaints about the clamp and the strength of the neck compared to the older ones (like the one I bought). 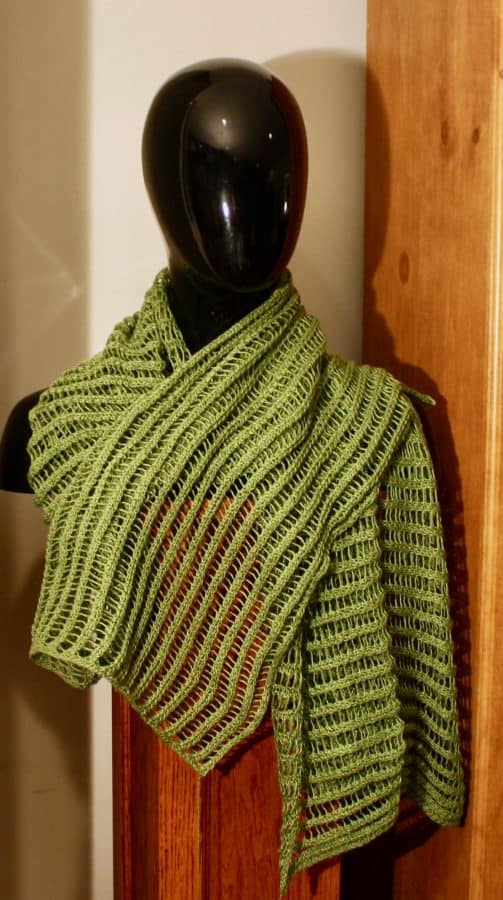 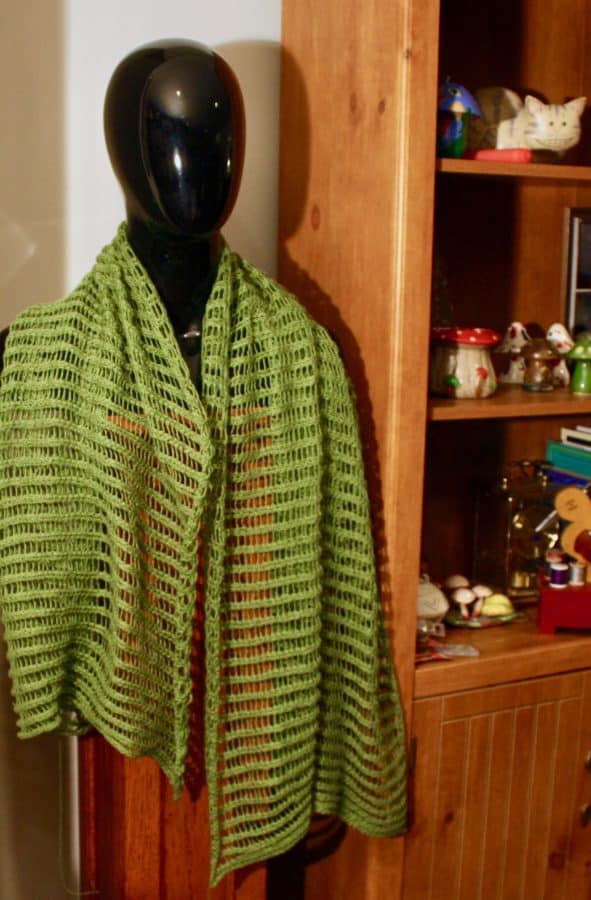 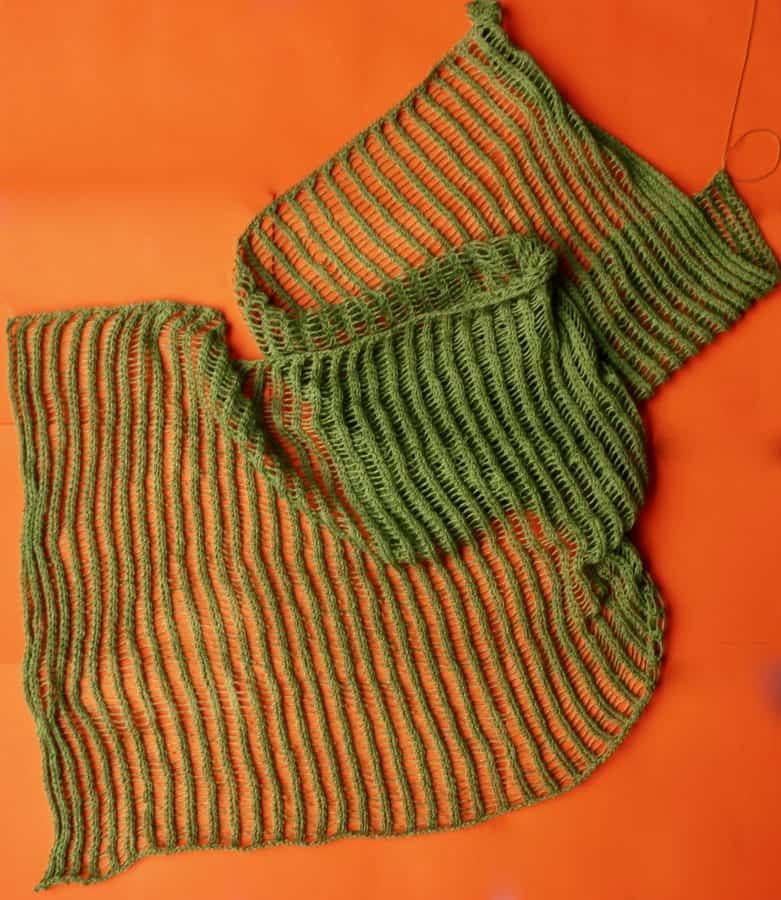 The garment needs to have a couple of ends woven in and I need to wet-block it.  It turned out being about 64″ long and 24″ wide.  It’s amazing how drapy and warm it is for such an open lace fabric.

Overall, I’m not as thrilled with it as I had hoped I would be.  I love the color, but it’s a rather ordinary looking garment for all the time and good yarn that went into it.  I don’t think this one will sell at my Craft Shows. It’s not flashy enough to have enough appeal.

Oh well…that’s the danger of designing knitwear on the needles.  There are no assurances.