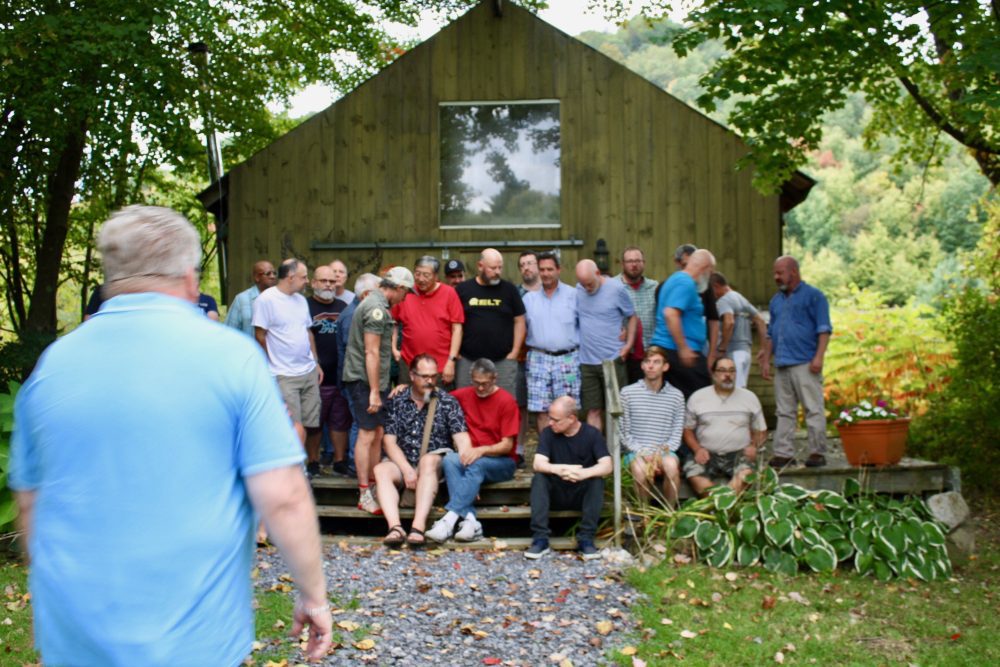 From Mishap To Miracle

What looked to be a problem at the retreat last week, turned quickly from mishap to miracle.  It’s unbelievable the magic that can happen when awesome guys are involved.

The photo above was a test photo I took as the guys were gathering to take this years Men’s Knitting Retreat group photo.  It was taken seconds before we overloaded a weakened deck.  Fortunately, the minor collapse of the deck didn’t result in anyone being physically hurt.

We relocated and successfully took the group photo. 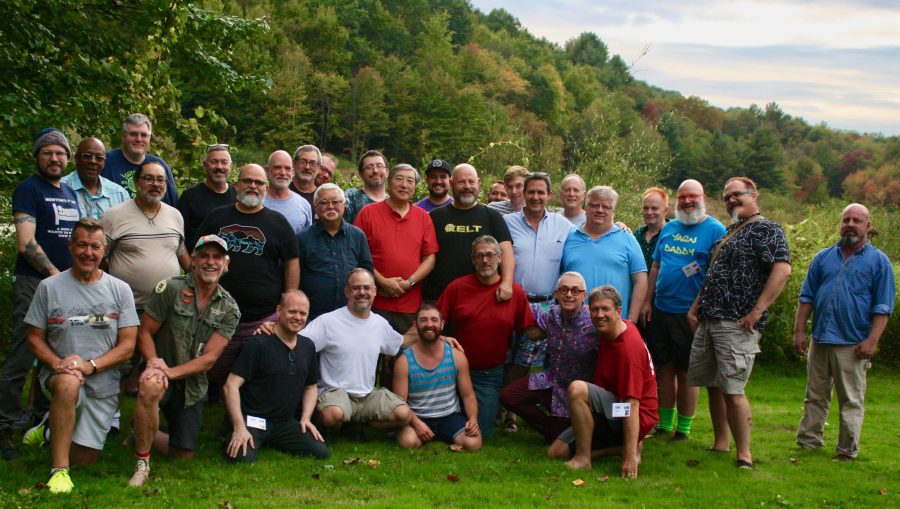 But we still had to cordon off the area so no one hurt themselves.  We also had to notify the retreat center staff to see what we needed to do to rectify the situation.

Truth be told, the deck had been weak for at least a couple of years now.  I should have known better than to try and load 30 guys onto the deck.  The Men’s Knitting Retreats has a longstanding relationship with Easton Mountain (the retreat venue for the last 12 years).

And here’s where the miracle happened.

Easton Mountain has always been incredibly supportive of our retreat’s success. They have also provided staff, volunteers and a beautiful venue that houses, feeds and enhances the community of guys who participate.

In addition to our gratitude, we have also cared deeply about the success of Easton Mountain. We have always done anything we could to help them thrive and improve.

As it would happen, next year is Easton Mountain’s 20th year in existence.

The mishap with the deck inspired them to do some work on the Temple structure as part of their 20th anniversary preparations.  To help support that, we’ve set up a charitable fund to collect money to help pay for the deck replacement.  We’re incredibly happy to support another improvement effort and also rectify the damage we did.

We’ve set a fundraising goal of $3,000 by next Friday, (October 11, 2019). In the first couple of days, we’ve already raised over $1,000.  If you’re in a position to help out with this effort, and you’d be willing, the Men’s Knitting Retreats and Easton Mountain would be very grateful.

And thank you in advance for even considering a donation.

Despite all this craziness, I have actually gotten some knitting done.  I mentioned in the last blog entry that I had started a new Baby Surprise Jacket. 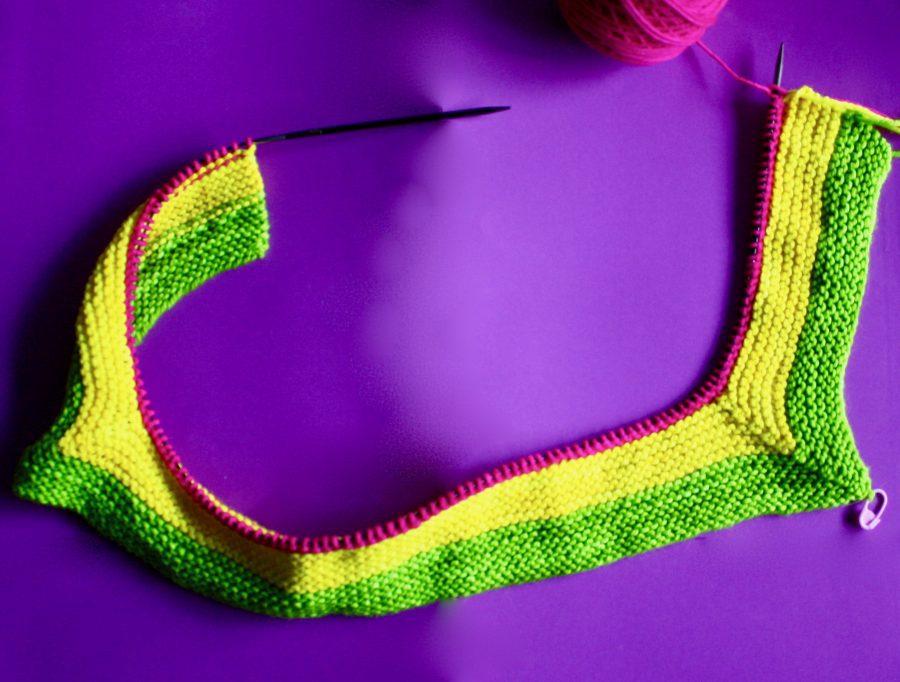 If the start of it is any indication, this one may actually be BRIGHTER than the last one.  We shall see.

I also made some progress on the Jens pullover from the Rowan Nordic Men’s Collection by Arnie & Carlos. 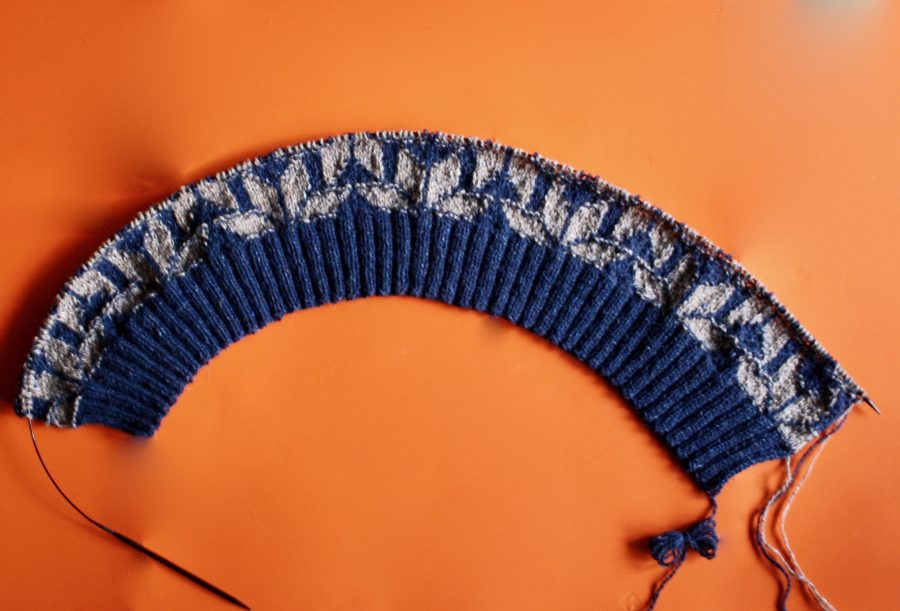 It’s hard to see the pattern emerging yet, but it will soon!  I have to say, this Rowan Felted Tweed is a pleasure to work with.  Amazingly soft and beautiful.  And I love the colors I’m working with…I think even more than the colors in the pattern.

Shockingly, not ONE person has guessed (or stated that they know) what the featured photo is of in the last blog entry.  No one?!?!

2 comments on “From Mishap To Miracle”