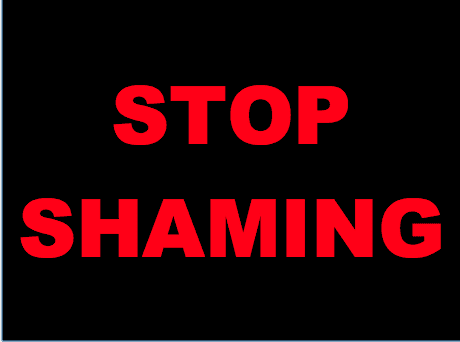 Shaming – How To Stop

There has been an epidemic of shaming and recriminations lately.  A number of times in public forums, I have been personally criticized, attacked or shamed for comments I’ve made.  I’d like to suggest a few ways of stopping this cycle of recriminations.

The latest example was on social media.  A Facebook friend posted the following meme; 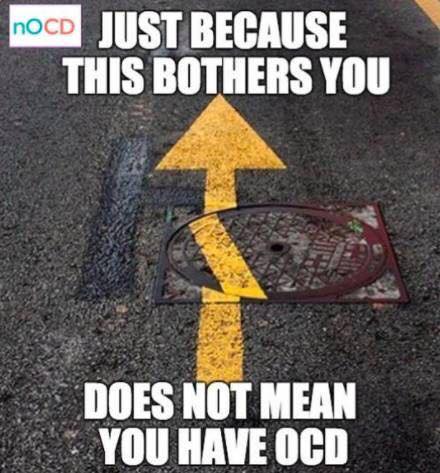 “people love to make jokes about other people’s pain”

This comment is a good example of woke-shaming and it really annoyed me. I’ve posted thoughtless items like this in the past that have caused people with real OCD some pain.

My first reply was to attack or shame the shamer.  I wanted to rage at how self-pitying the comment was. How insulting it was to have my intentions inferred to want to cause pain.  I had even started responding with a knee-jerk comment.

When I realized I was just perpetuating a shame-the-shamer cycle…I stopped and thought about what I really wanted to accomplish and wrote:

“I’d like to suggest most people that use terms like OCD indiscriminately do it out of ignorance, not desiring to cause pain. This meme is good for educating people which seems to work a lot better than accusing people of bad intent when there usually isn’t any.”

If I had thought about it a few seconds more, I would have changed the wording about “accusing people.”  But what I’d like to suggest is before trying to shame someone use Tip 1 for Shame-Stopping:

Tip 1 for Shame-Stopping – Realize some people do things out of ignorance and ignorance is combatted with educating, not shaming.

Another example was in a recent blog post I opined that I didn’t like nail polish on men.

The response from a non-gender-conforming person indicated it was judgmental, heteronormative and exclusionary. While Tip 1 would have helped again in this situation, it made me realize some responses seem want to create enemies from existing allies.

Yes, my comment was based on a heteronormative upbringing.  Yes, I only included binary ideas of male and female in my opinion. I would contest my opinion wasn’t judgmental, but some might disagree.  But it seems it would have been a much more effective argument if the person realized that I have been a strong ally for decades.

Tip 2 for Shame-Stopping – Realize who your allies are and who your enemies are and respond accordingly.

Finally, a while ago on my blog, I insulted my mail carrier by calling her a sexist insult.  I was called out on it by a blog reader in a comment on the blog.  The commenter indicated how disappointed they were that I used such a hateful term and said it made me look like a misogynist. I was grateful for the correction.  My used of the sexist term was wrong, and I apologized for it, and I have since thought much more carefully about how easily I used misogynist-seeming language.  I don’t hate women and never have. In fact, I have been a long-time ally of women including my sister discussed on this blog recently.  So, the first two tips would have been useful here.  But I also gave the commenter some feedback on how best to get people to change.  Instead of shaming publicly, the person might want to consider a private message or e-mail.

Tip 3 for Shame-Stopping – Decide on the most effective method of trying to effect change in others…publicly or privately.

I understand that woke-shaming can be easy and feel like it’s cathartic. And it takes some work to assess your personal feelings to decide if a comment is trying to be more like throwing a stone at the recipient’s head or really trying to help them understand the effect of what they wrote or said.

But I will try harder to make sure my responses are more tailored to getting the result I want.  I hope you all will too.

This latest Rowan project, the Jens pullover requires a lot of persistence and attention. But it is starting to look like it will be SO worth it. 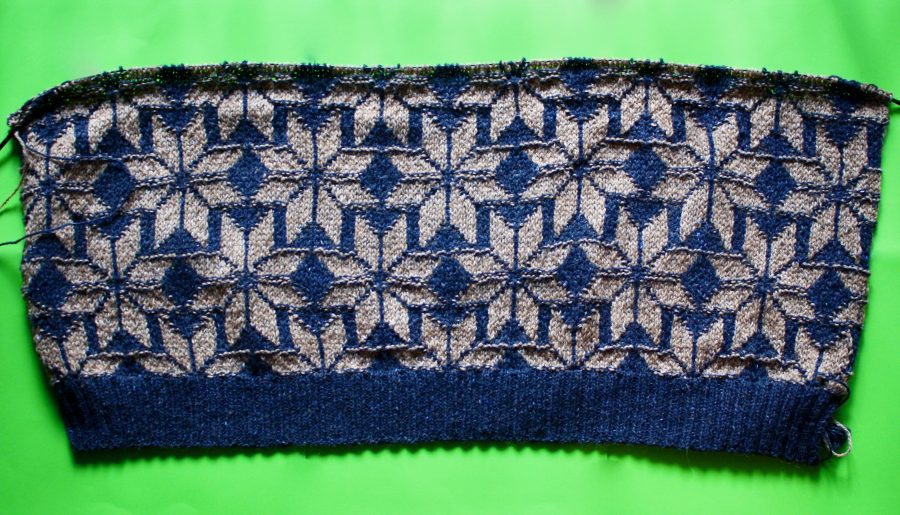 60 rows into the color work on back of the sweater and about 12″ and I’m starting to imagine Thaddeus wearing this beauty.  So I carry on. And to give you a slightly better sense about how much work goes into this design, here’s the back of the fabric. 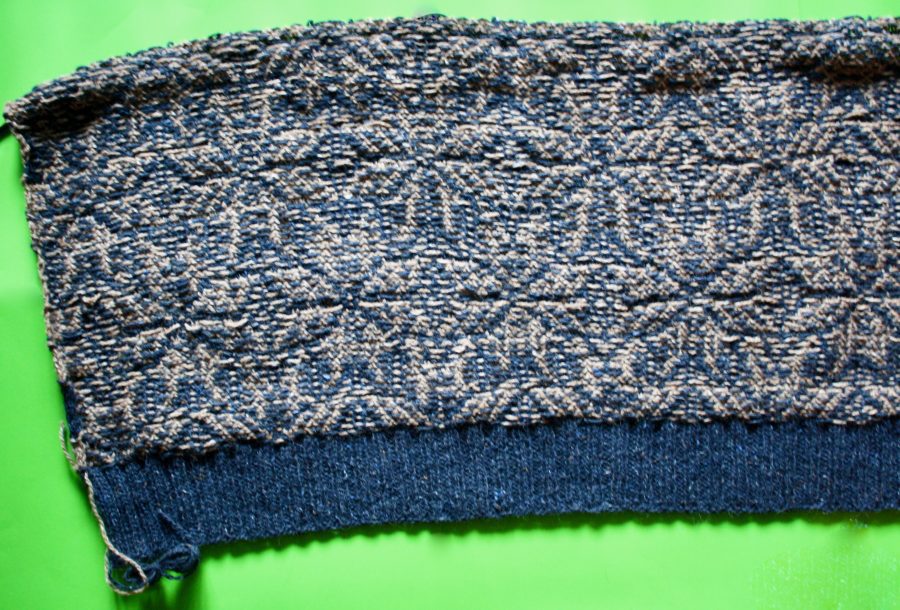 6 comments on “Shaming – How To Stop”