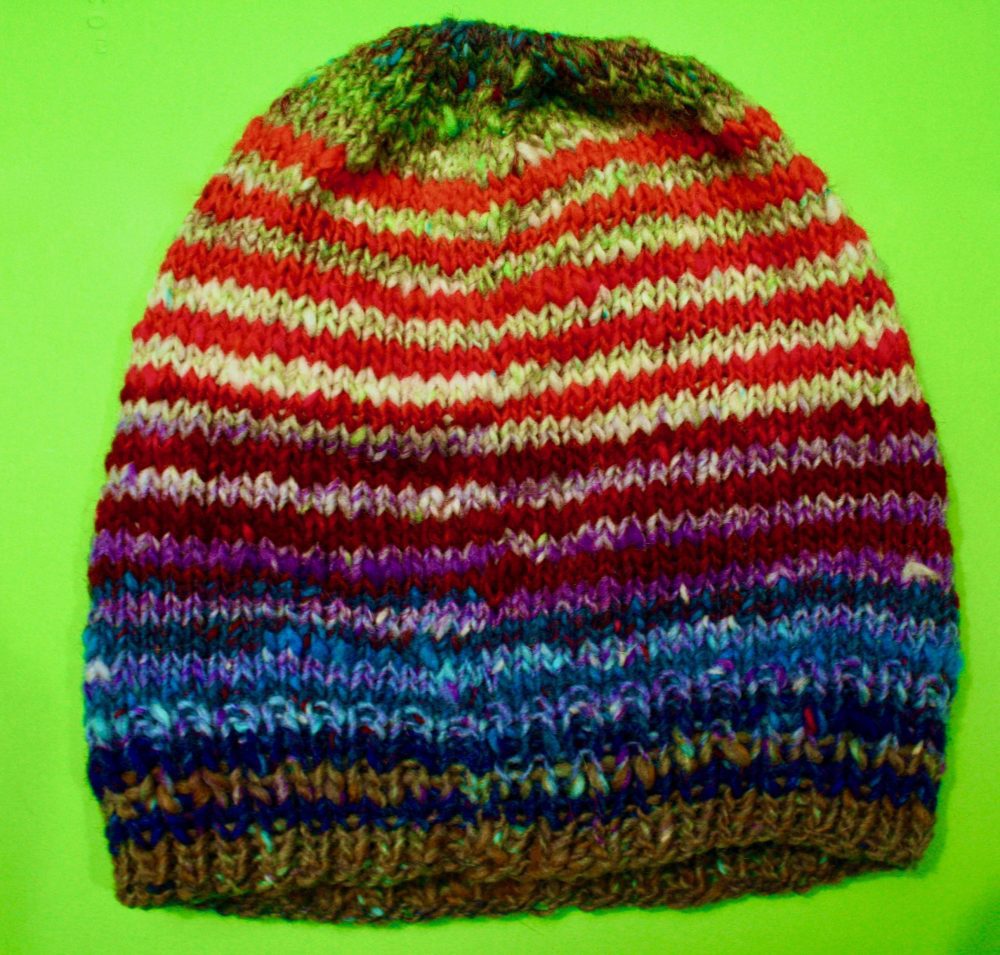 Knitting stripes in-the-round has an inherent flaw.  As most knitters know, the section of the stripe where the color changes shifts up one row, and causes the dreaded jog. 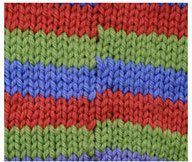 Not A Dreaded Jog Tutorial

If you’ve been reading QueerJoe lately, you know I’ve been making a lot of West Coast Watchcaps.  I will hopefully sell a bunch at my craft show this upcoming Sunday.

Most of the hats are knit in one colorway of self-striping yarn (mostly Noro). But once in a while, I have enough leftover yarn in two colorways, that I can make a variegated, striped hat.  The hat above was knit in two-round stripes of alternate colorways of Noro Kureopatora.  I’ve made a few other “leftover yarn” caps before, and I was never happy with the column of stitches where the color changed.  In addition to having the dreaded jog, it also seemed loose and messy.

This time I tried a new technique, and I’m pleased with the result. 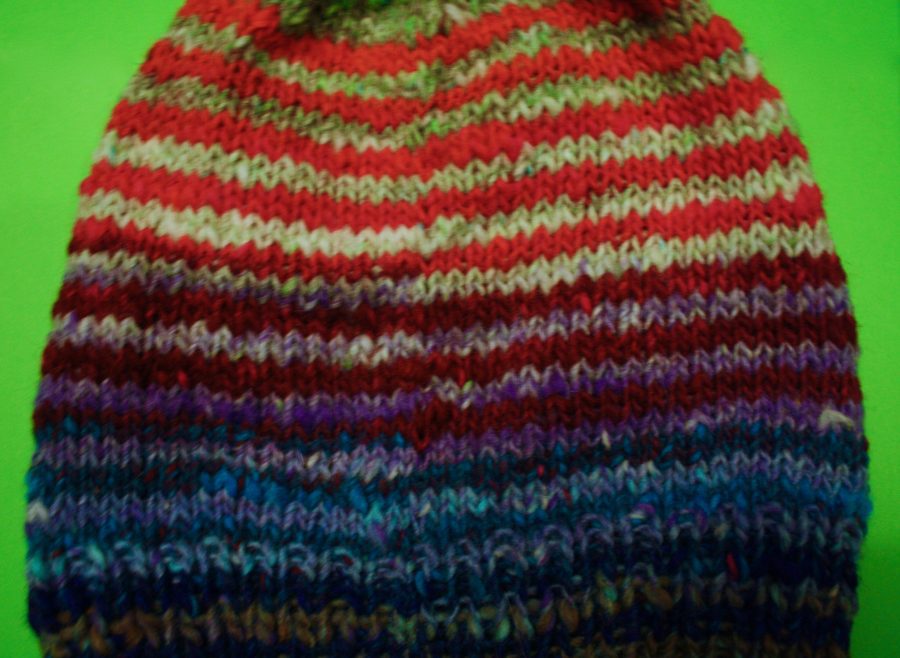 I know it’s not perfect, but it’s also not obvious.

I did a simple thing.  When I changed colorways, I performed a “locked in float” with the previous yarn colorway.  I used Knit Purl Hunter’s method if you need a tutorial on two-handed stranded float locks.  When I come around to the color change for the second row of my stripe, I snug up the locked float, and it makes the “jog” a lot less noticeable.

I know there are many other ways of making the jog less visible.  This one seems to work the best for my purposes, and it’s fast.

The hat pictured above isn’t blocked, but blocking evens out the jog even more.  And I’m particularly pleased with how the inside of the hat looks as well. 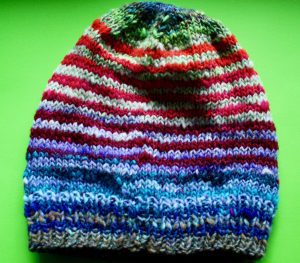 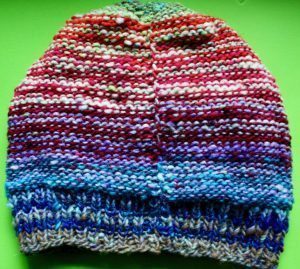 I’m always happy when I knit a hat that I hope DOESN’T sell at the craft show, because I like it well enough to keep it myself. 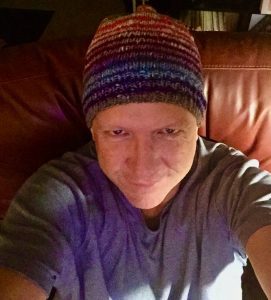 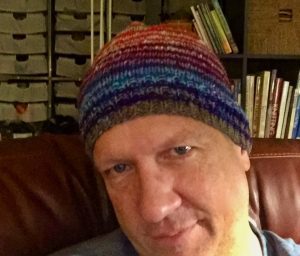 In a last-minute rush, I finished the striped West Coast Watchcap and two other Watchcaps. 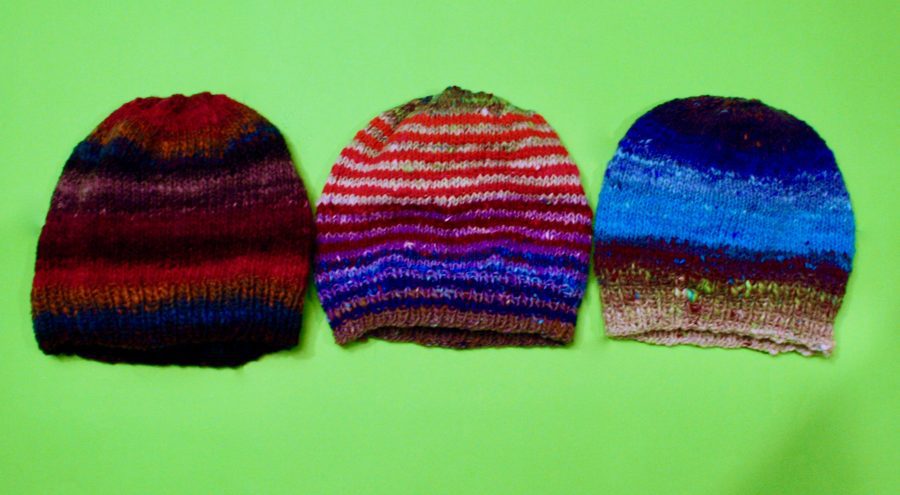 I have about 100 items in inventory for my upcoming show, which I consider quite a success.  I’ll let you know how the show goes in the Monday blog…if I have the energy.