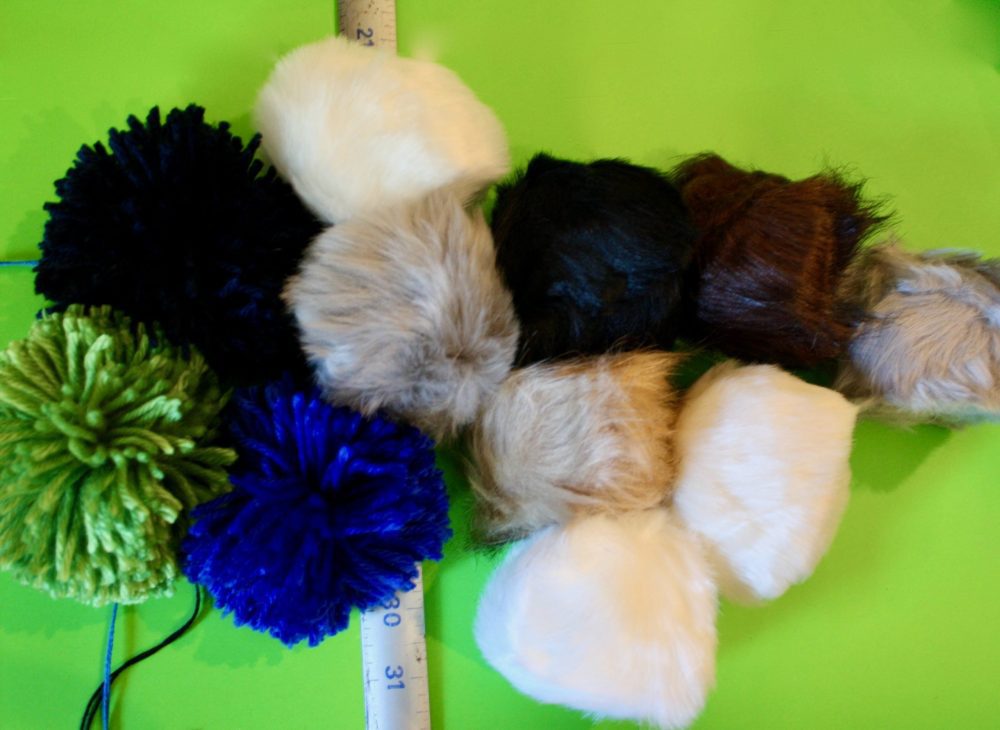 In addition to making hand-wound pom-poms in the same yarn that I made the double-layer knit hats, I also ordered some pom-poms from China for a full-scale pom-pom bonanza!

The Trouble With Tribbles 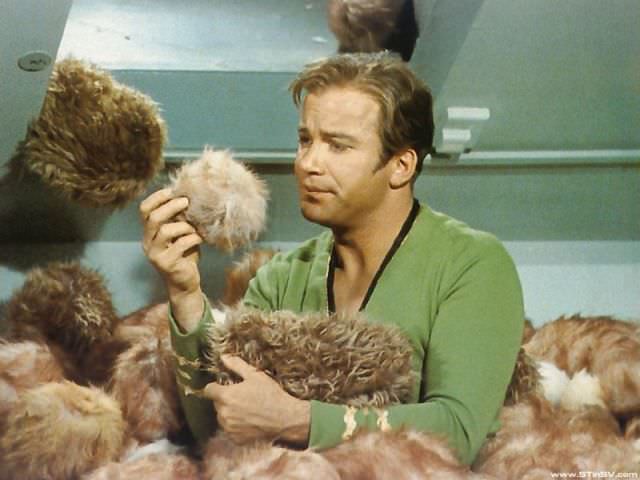 Most of you know that I’m not a huge fan of hats.  I don’t look very good in them.  But they’re a good item to make to sell at the craft shows.

So, it’s no surprise that I have no sense about whether I should include pom-poms on the hats that I sell.

I’ve been trying to notice if most of the hats I see have them or not.  But decisions still elude me at this moment.

So, I ordered  a few faux-fur pom-poms and I made some hand-wound pom-poms. 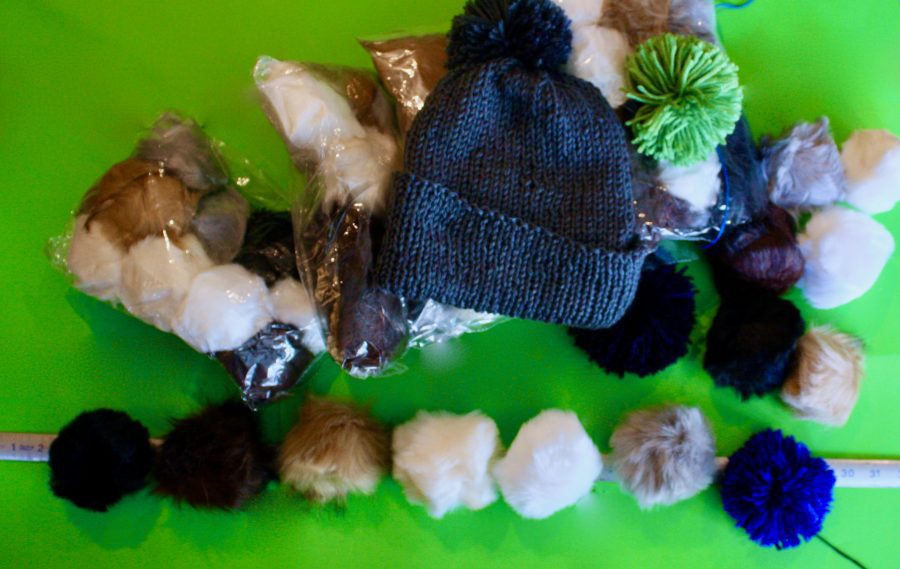 It turns out I’ve made about 5 pom-poms.  I’ve also purchased 60 faux-fur pom-poms.  Here’s what I’ve decided to do.  I think I’ll attach pom-poms to any hats that I have two hats in the same color.  The others, I’ll put up for sale without pom-poms, but offer to secure one onto any hat someone wants for an additional $3.  I’m thinking I can do that in a couple of minutes if they’re all threaded and ready to go…no?

I made more progress on the Chantal Silk Old Shale Wrap. 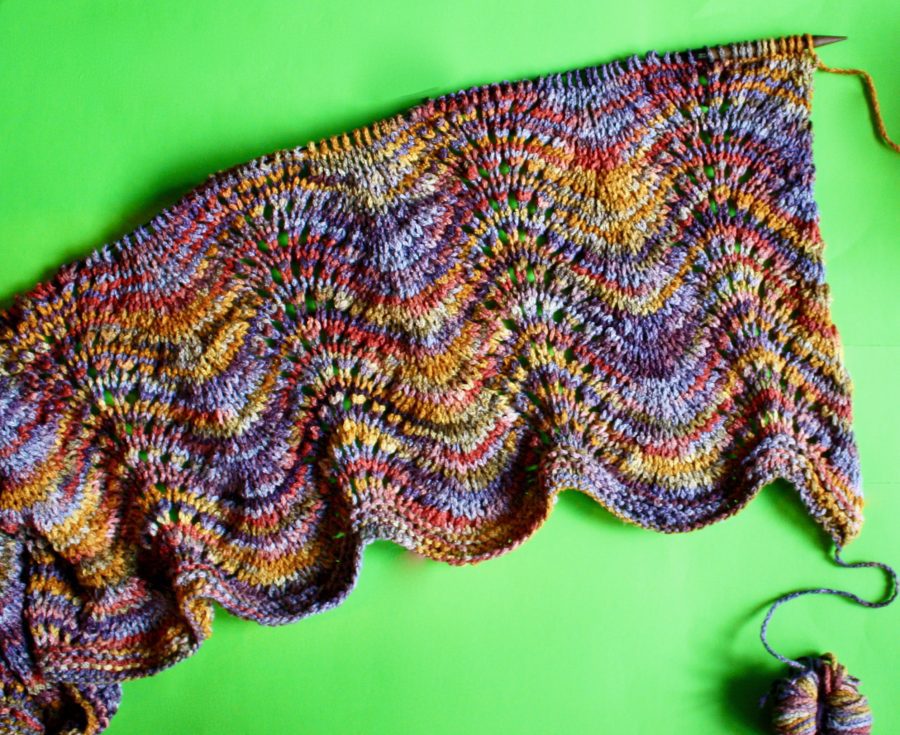 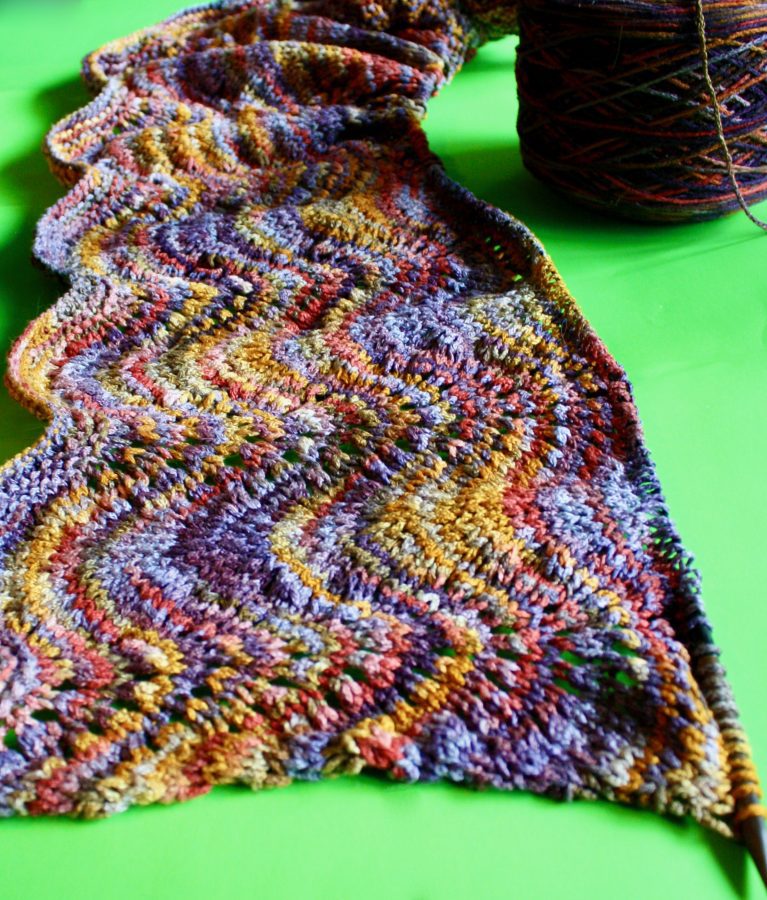 It seems like this wrap will end up being about 60″ or so long and it’s currently 11″ wide.  I’m trying to decide on how wide to make it.

Oh well, I’ll figure it out.