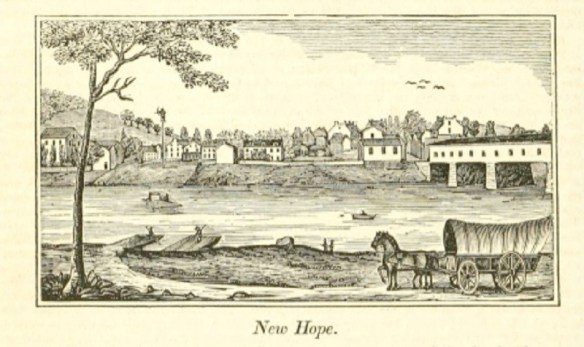 Ask any of my teachers over the years. They will tell you that I had little or no interest in history.  It never came alive for me like it did many of my classmates.  Despite that, I have started to be fascinated with historic New Hope. Also other historic topics that apply to me more personally today.

Thaddeus has gotten me interested in historic New Hope in a few different ways.

He’s always looking for old postcards that show the canal and towpath where we bicycle.  It’s fun to identify the location from photos taken a long time ago.  Old dirt roads that no longer exist, or that have been transformed into a major road are always fascinating to me now.

There are two bridges in that span the Delaware and connect New Hope, PA to Lambertville, NJ. A relatively new and large toll bridge to the North and a historic “free bridge” a mile to the South.

Today (Friday, January 3, 2020) is the 100th anniversary of when the historic bridge was made a “free bridge.” 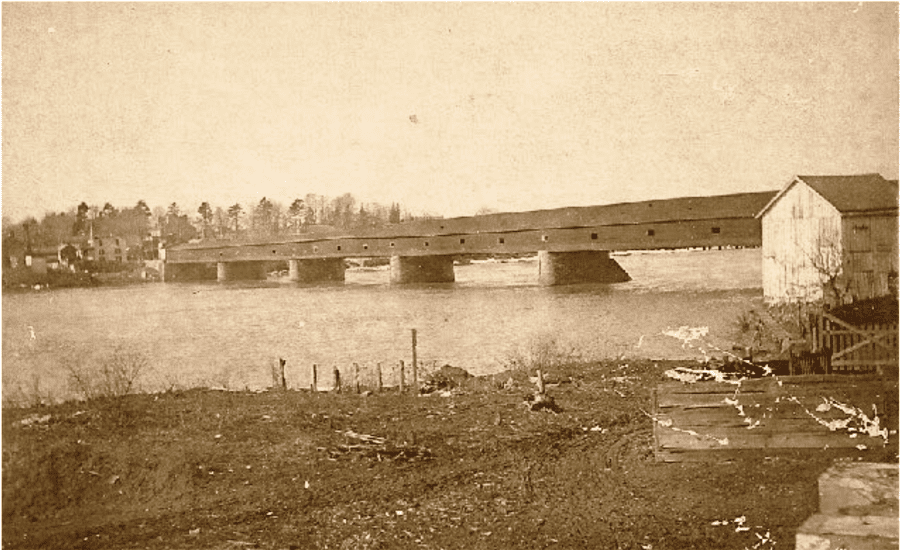 In 1903, the second bridge was wiped out by another flood and was eventually replaced in 1905 with the metal bridge that still exists today.

The “new” bridge had a trolley track that took passengers from Lambertville to Yardley, PA.  And it was still privately owned and required a toll…until January 3, 1920.  At the point the private owners sold the bridge to the new toll bridge commission, who turned it into the free bridge we know today.

Read more about the history of transportation in this great PDF file.  It’s mostly about Lambertville, but can’t avoid discussing the connections to New Hope.

The latest Westward Hat has been finished. 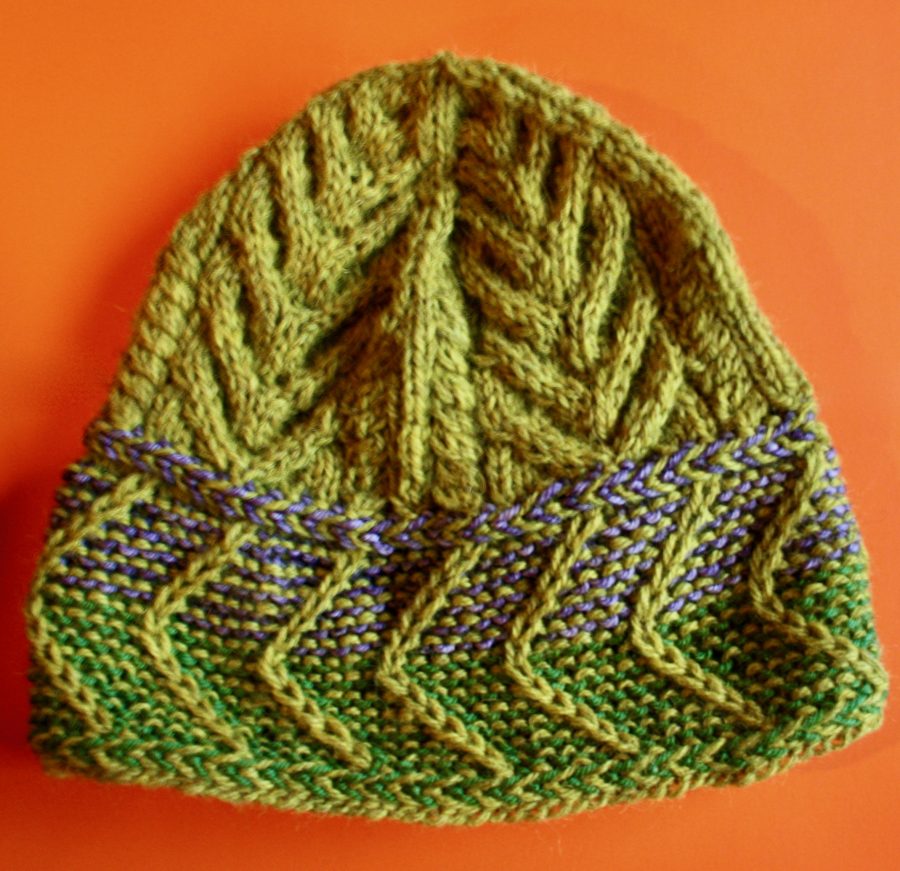 I didn’t have enough of either the purplish/gray color or the green color to do a full headband. So I used both! I can’t wear this yellow color, but I have to say I just love it. 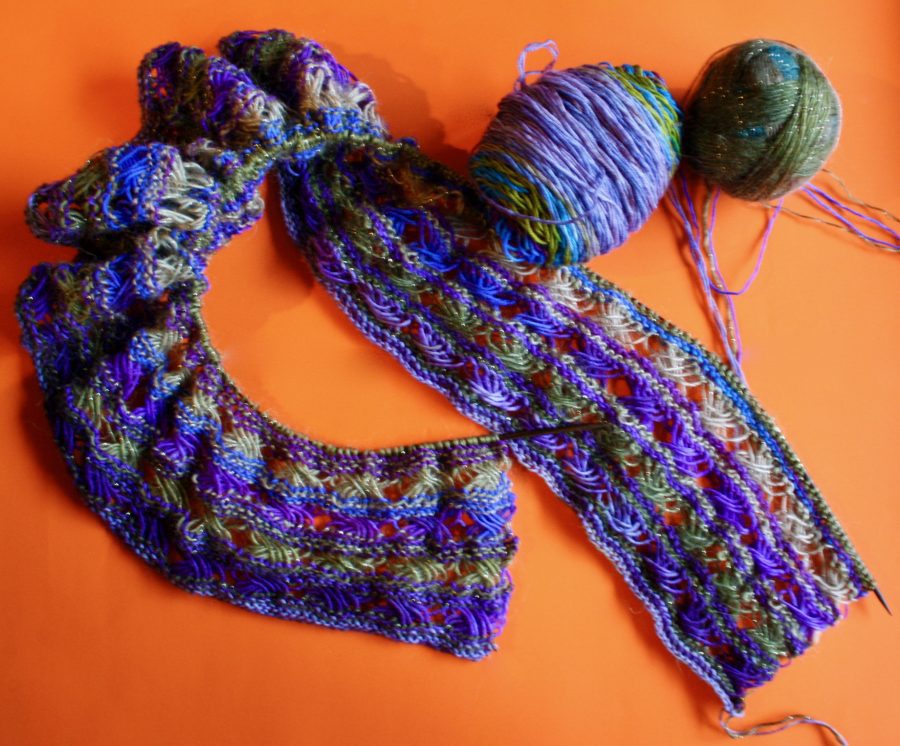