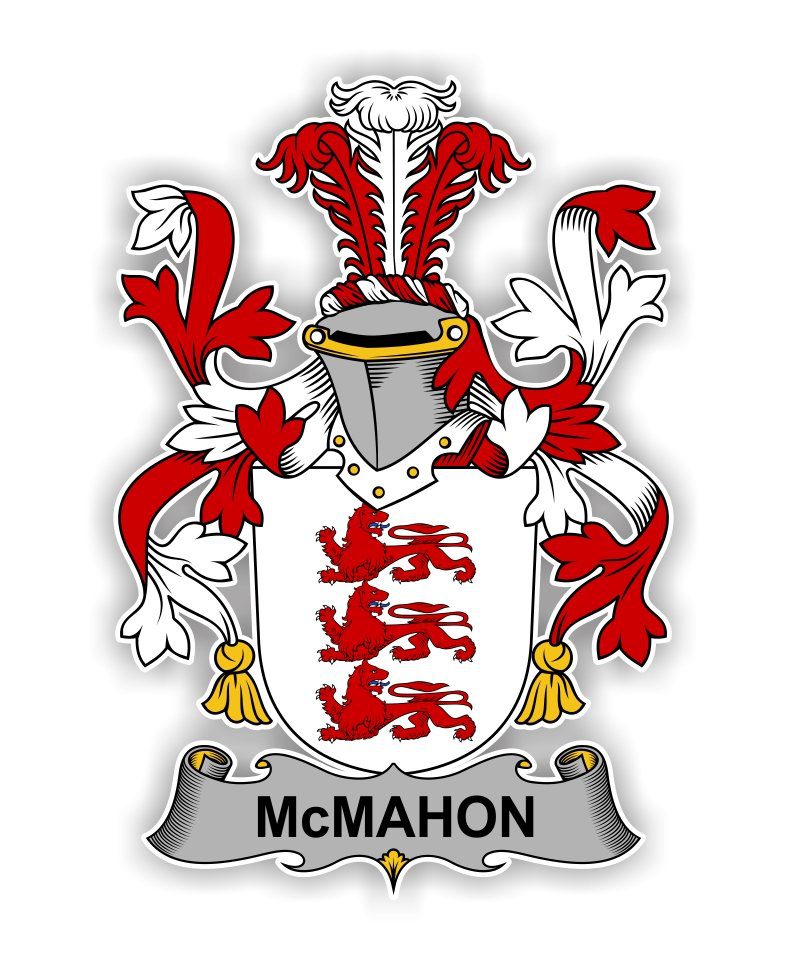 For years, I was obsessed with trying to document the McMahon Clan (my family’s ancestry) back as far as I could. We had an old encyclopedia with an annual update that included a one-page form for documenting your ancestors.

Initially, I was able to document the names of most of my eight great-grandparents.  Once we moved into the world of ancestry.com, the tree has expanded exponentially. And with Ancestry DNA testing, even more.

Mostly, my ancestral past is not overly interesting.  Yes, it’s nice to see census records or death certificates of relatives long-past deceased.  Even finding old college photos of my mom and dad in newspaper articles was fascinating…for me.  For most other people, my past would be a big yawn.

We did have one event in our past which was hidden carefully…a half-sister one of my relatives never knew about until DNA connected them.

But other than that, it’s a snoozer for most folks other than family. 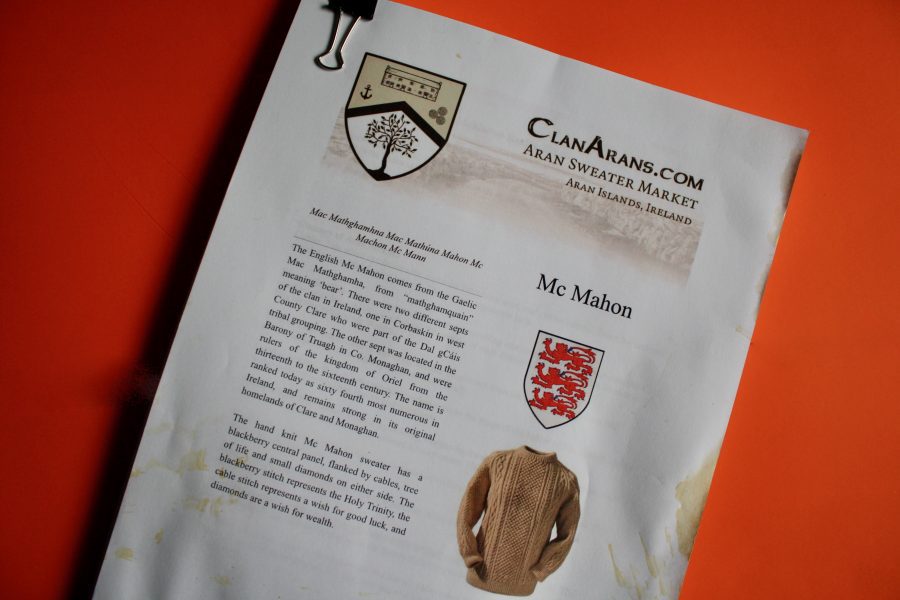 Despite having spilled a latte on it, this document is a sweater pattern to make a McMahon Clan Aran sweater.

Yes, I know that identifying a specific clan by a stitch pattern has been disproven.  But there’s nothing preventing companies like Clan Arans (.com) from making it a real thing now.

It turns out that my mythological clan sweater includes a central panel of “blackberry stitch” (representing the Holy Trinity), flanked by cables, tree of life and small diamonds. Who knew?!?

So, if I ever wash up dead on some Irish shore wearing this sweater, you’ll know who I am.

Some minimal progress was made on my two active works-in-progress…wanna see? 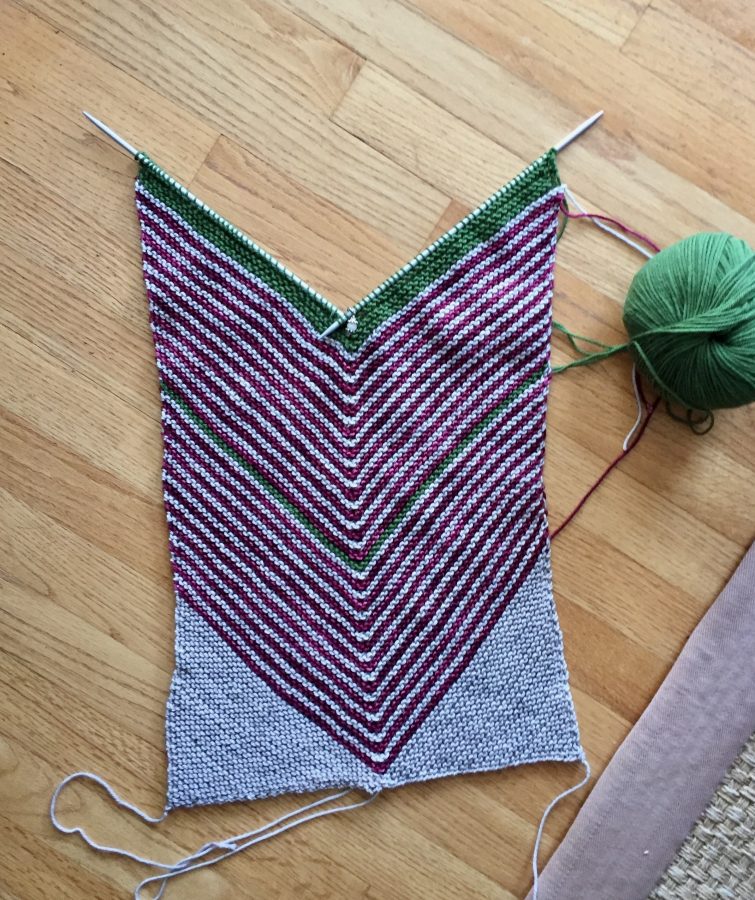 Finished a few more rows on the Chevron Scarf. Other than the weaving in of ends, this garment moves along very quickly without much thought. 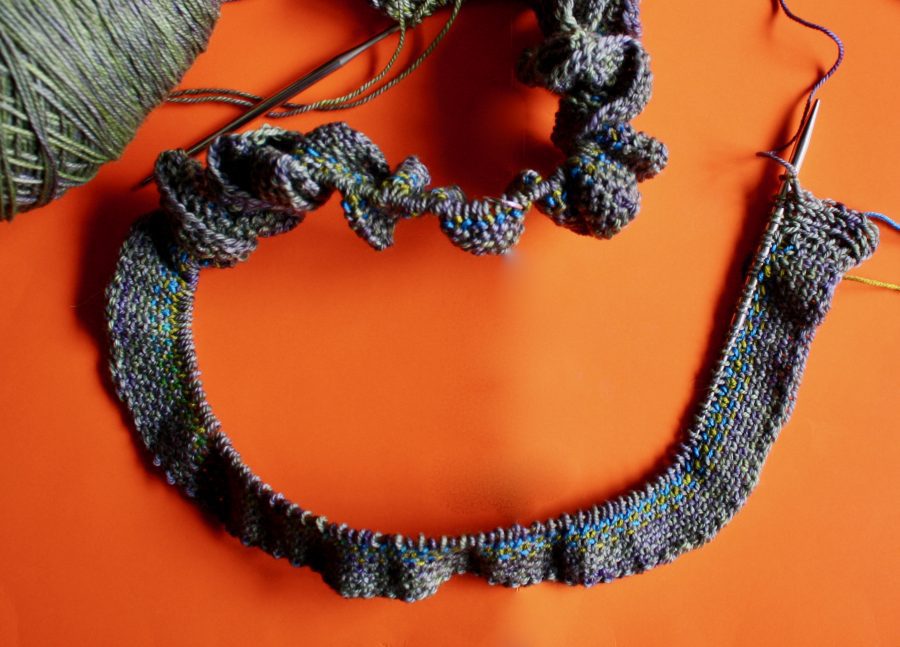 Also got a bit more done on the Linen Stitch Scarf. Just adding that one row of more vivid colored yarn has started to give it almost a pearlescent feel to it.