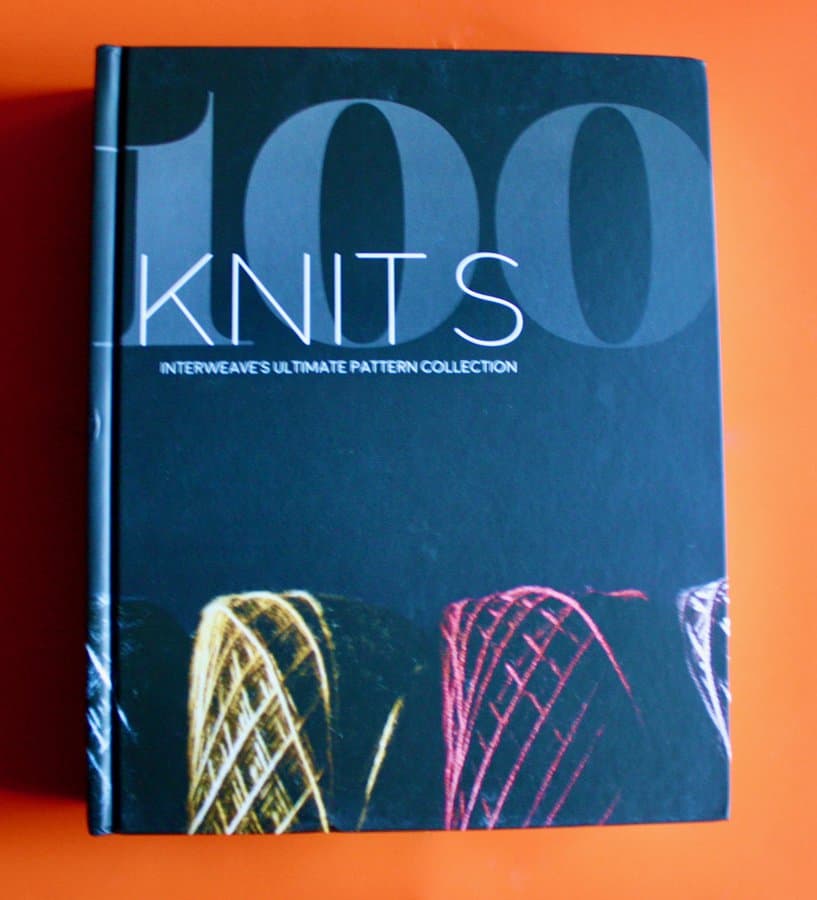 For the second part of the my three-Part Knit Book Review, I chose the largest of the three books. 100 Knits – Interweave’s Ultimate Pattern Collection.

100 Knits – Interweave’s Ultimate Pattern Collection is a self-explanatory title for this major knitting pattern book.  Interweave poured through many of their patterns. And incredibly, they specifically chose very popular patterns.  Patterns with lots of “likes” in public media. Or with thousands of projects on Ravelry.

I did a brief scan through the patterns in the book. It includes:

Can you imagine adding this book to your Ravelry Library list? The number of available patterns in your library will automatically increase by 100. Every time you do a pattern search on Ravelry, and filter it on patterns in your library, 100 more patterns will possibly show up. It’s very likely at least one of these designs will show up in any search result.

And, these are Interweave patterns.  Usually very high quality garments and well-written patterns.

So, I hit a bit of a stall on the Chevron Scarf.  After making to 52 inches, I realized I didn’t have enough red yarn to do the stripes as specified.  And probably not enough green either.  And then I realized that my other light gray yarn was a different dye-lot.  So I’m going to go rogue on the striping and see if the resulting scarf is marketable.

I just started the new light gray dye-lot yarn and I’m hoping the separation of the colors will make the color change less obvious.

As for the Linen Stitch Scarf, it’s moving along a bit faster with the stall on the Chevron Scarf. 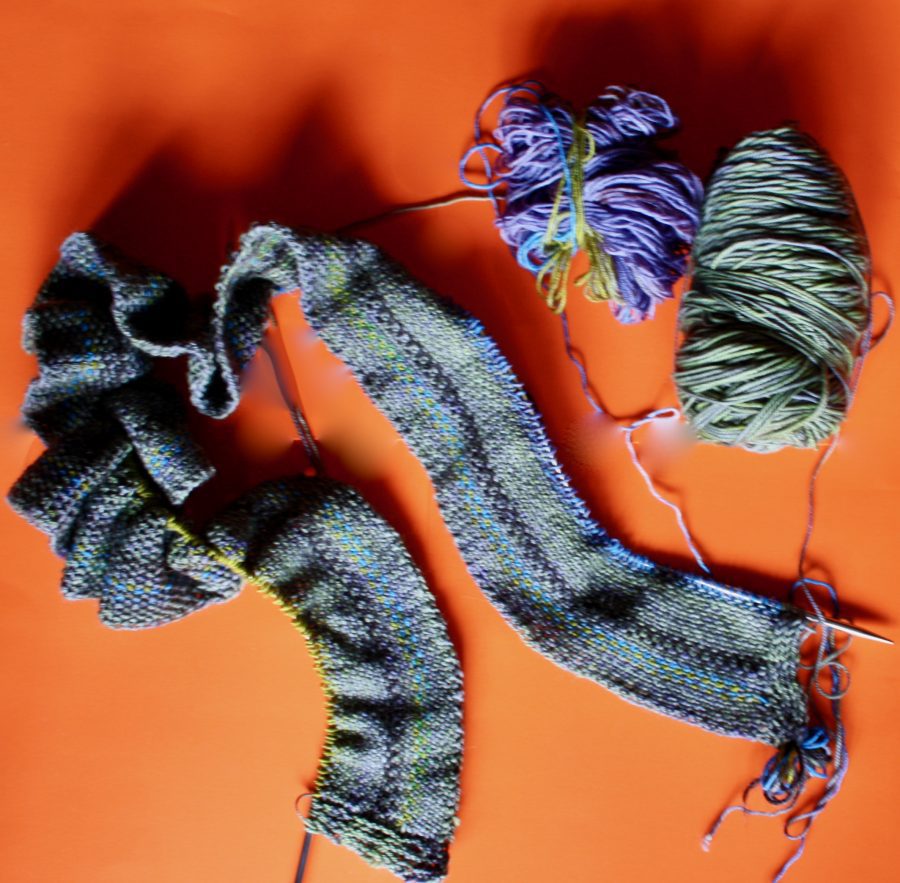 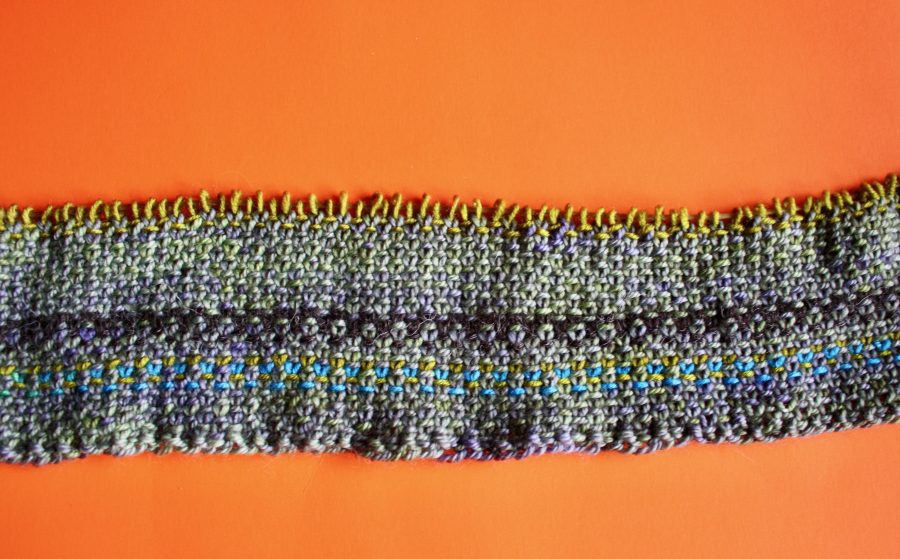 I love the close-up view of this scarf.  Micro-bursts of color that looks more like weaving than knitting.