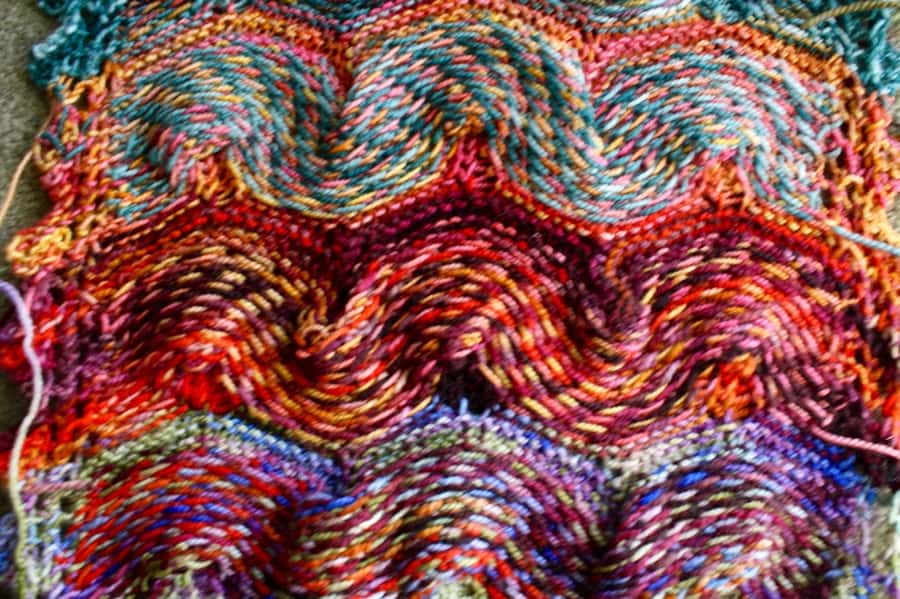 Stolen designs aren’t overly common in the knitting world. Years ago, I knit one of my most successful scarves using lots of different colors of Koigu KPPPM. So I didn’t listen when readers told me it was really just like the work from another designer.

Wished I Had Listened About Stolen Designs

Have you ever heard of “stacked increases?”  The design up above uses this technique to create the upwardly undulating curves of knitting.

The technique was made popular (as far as I can tell) by Xandy Peters. She uses the method to create something as simple and beautiful as a delicate star:

And she also uses the method in projects as complex as the scarf at the top of the blog entry. Had I known better, I would have used her patterns and technique.

Mostly, I like how Xandy Peters’ designs are generous in sharing knowledge and understanding of the technique.  She encourages knitters to use the idea in creative ways.  And to create their own uses for it.  She is the best type of designer because of that generosity.

On the other hand, the pattern I used for the featured photo scarf was designed by someone that only provided the pattern.

Don’t get me wrong, the design I used wasn’t stolen…perhaps.  Using stacked increases isn’t an idea owned by Xandy Peters. And I didn’t see any of her work that used two different colors of a variegated yarn in each “stripe” of knitting. When I think of the first “design” I ever published, it was a scarf using the Old Shale pattern and two different colorways of Koigu KPPPM.  I really liked the way that the Old Shale stitch pattern blended very interesting colorways of variegated yarns.

I’ve been considering doing a workshop on stacked increases at the Men’s Spring Knitting Retreat in May.  I anticipate purchasing Xandy Peters’ Foxpaw pattern and showing that as one example of how the technique can be used. As an exercise in the workshop, I’ll use a modified version of her free star pattern. 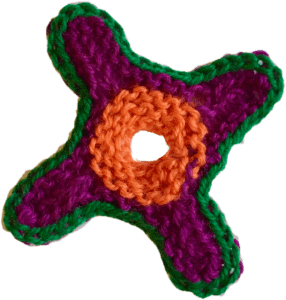 I typically don’t like to lead workshops at the retreats, since I’m busy doing a lot of other things.  But a workshop as enjoyable as this should be okay.

It’s somewhat shocking how much work I seemed to have put into the Linen Stitch Scarf and it hardly looks different than the photos from Wednesday. 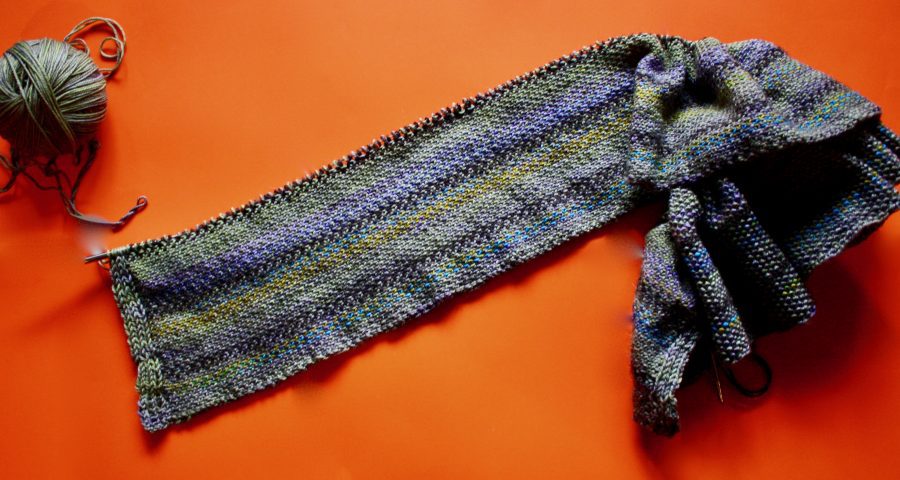 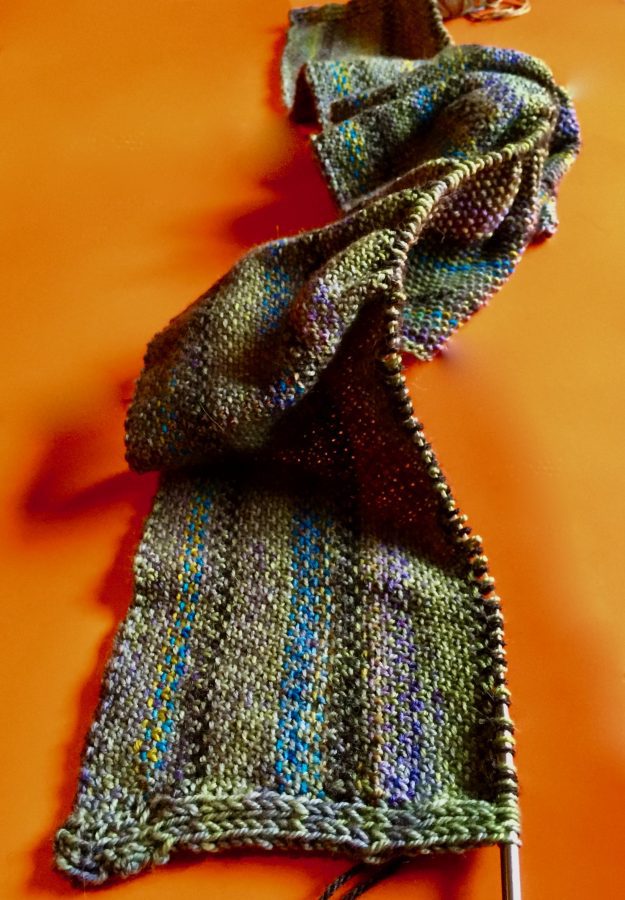 I think I have about 10 more rows to knit on this before I bind off.  Doesn’t sound like much, but that’s almost 5,000 stitches of back and forth linen stitch.

The one I use the most is the ability to block a site, rather than a person. If a friend is reposting lots of stuff that upsets me, I just block the site they’re reposting from. I want to use my feed for substantive discussions, not insulting memes – so weeding those out of my feed allows me to keep on interacting with my friend on the basis of their own original statements.

This is an excellent idea.  I particularly like how clear you are about what you expect from Facebook and how your method accomplishes it exactly.