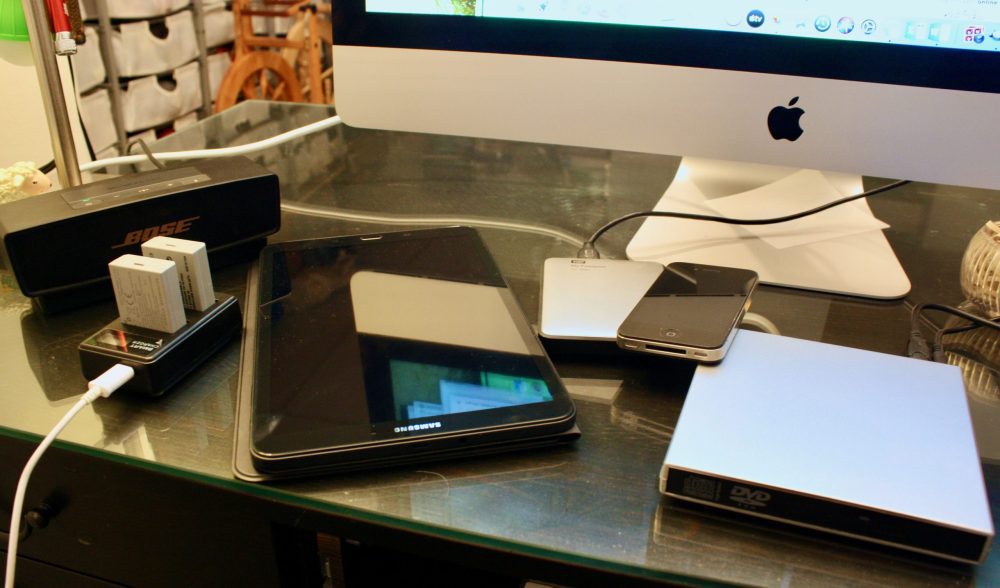 Technology and specifically technical gadgets seem to be getting better and better.  And cheaper and cheaper.

In the photo above, you’ll see the following:

Yes, I gave up hope of finding my battery charger I posted about previously. I ordered a “Smart Charger” and two batteries that fit my Canon Digital SLR camera for about half the price as I paid for the battery in the camera.  Yes, years ago, I didn’t have a battery for my camera when I was at the Men’s Knitting Retreat. I went out and found a replacement battery for just under $30 at the time.  When I realized I could replace both the missing charger and missing battery AND an extra battery on eBay for about $14 (and that was WITH shipping), it was a no-brainer. 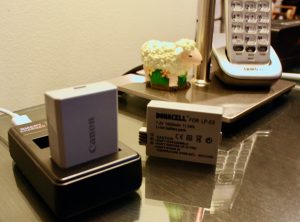 So now, when I head back up to Easton Mountain in May for the next Men’s Knitting Retreat, I’ll have the battery in my camera, two back-up batteries and a charger that plugs into to any micro-USB plug.

I will be taking LOTS of photos!

And with my SD Card reader for my iPhone… 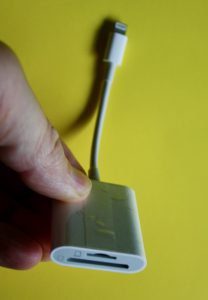 …I will be able to take high-quality photos on my Canon Digital SLR and transfer them to my iPhone for posting to the blog while I’m traveling!

Now that I’ve got full functionality back associated with photography, I’ll be posting a photo each day during February on the blog. I’ve done a month of photos in the past (August of 2013), so I thought I’d revisit that this coming “short” month.

It’s been two-steps-forward, one-step-back with my current project, but that still means a little progress. 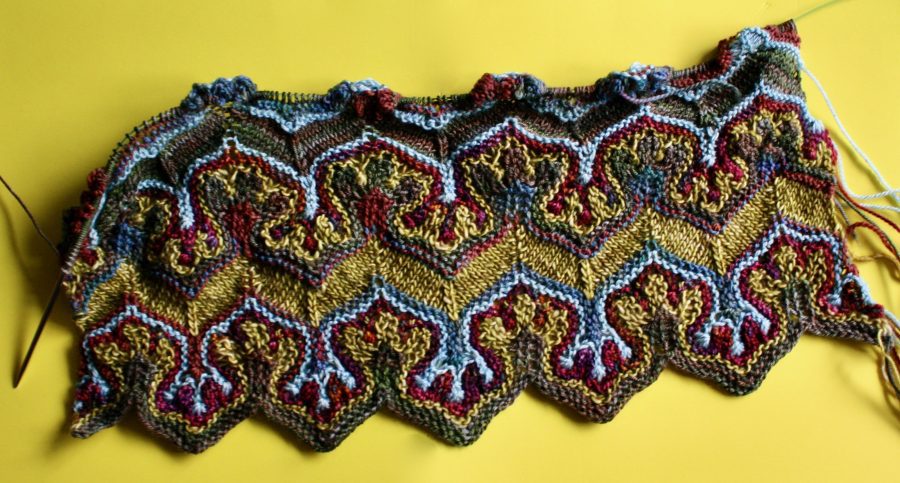 One of the things I like about this design is that, while it’s not reversible (the same pattern on both sides), it does look really cool on the reverse. 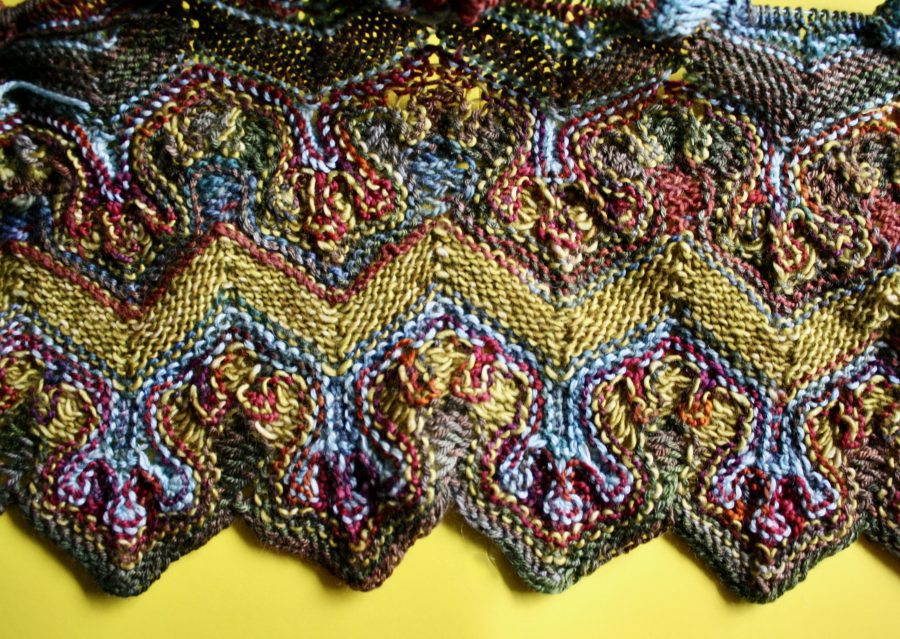 I imagine Van Gogh’s preferred stitch design would be stacked increases if he was a knitter.