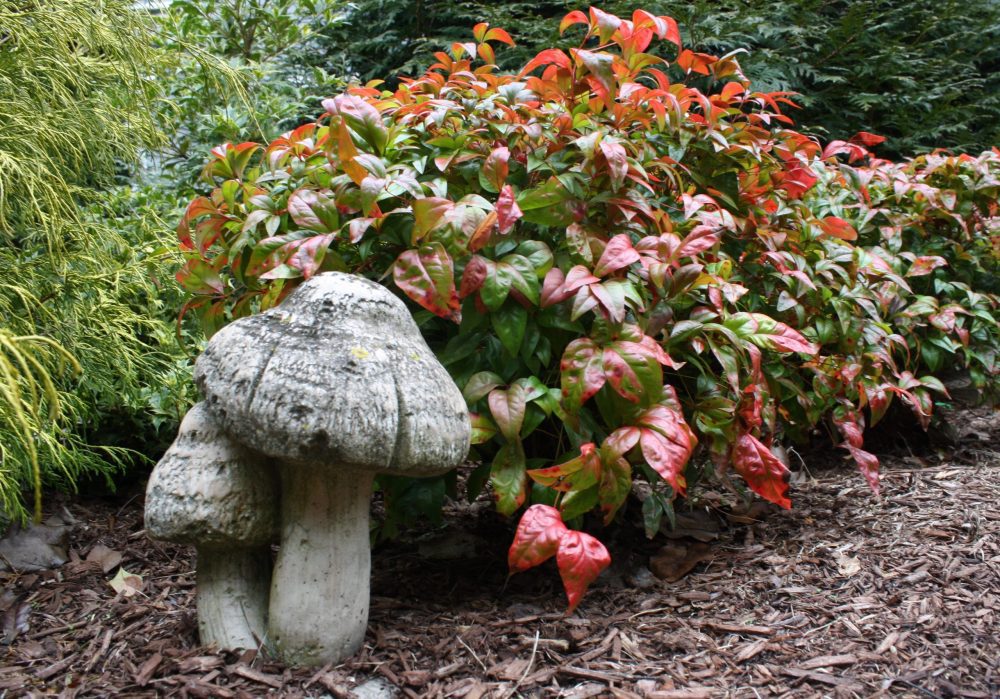 Foto-February – Day 3 – Puns and Being a Fun Guy

Puns can be so silly that they’re actually funny.  Or clever.  But not when they’re overused or not clever. As an amateur mycologist, Thaddeus has heard way too many puns about fun guy/fungi.

Know Your Audience for Puns

If you’re going to try and be clever with a pun, make sure the person wouldn’t have heard it a million times already.

So, if you’re interacting with a longtime knitter, and you say, “Tell me a yarn.” Don’t expect to get a guffaw.

That’s why I think it’s NEVER a good idea to name a yarn store with “ewe” instead of “you.” Or to call a yarn store “Purls of Wisdom.”

Here’s my favorite punny joke, despite how dated it is.

A school bus driver, named Paul is tasked with picking up special needs kids every day for school.  One weekend, he spends hours painting the bus with characters from the students’ favorite television show, Sesame Street.  That Monday morning, he stops for his first two students,  Patrick and Patricia McMahon. Two very large twins.  They get on the bus and exclaim, “Oh Paul!! You’re so special!”  Paul goes on to the next stop to pick up Lester Cheese. Lester gets on the bus and joyfully says…”Oh Paul!! You’re so special!”  Lester then proceeds to go to the back of the bus, takes off his shoes, and starts picking at the bunions on his feet.  He’s a rather odd boy.  Paul proceeds to pick up the rest of his students who all joyfully tell Paul how special he is for his newly painted bus.

Just as they’re nearing the school with a full busload, a truck slams into the bus, breaking it completely in half, spilling the students (unharmed) onto the street.  Chaos ensues, and a nearby police officer comes running up to the bus asking, “What the HELL is going on?!?”

I know…not worth the time it takes to tell it, but I’ve always found it funny.

I have added a badge for Top-Ranked Knitting Blogs to my blog page’s sidebar.  We’ll see how long it lasts. I asked Facebook friends to “like” my blog on the ranked blogs web site, and within an hour, 70 likes put me in the #1 position for knitting blogs.

But please feel free to try and up my rankings by liking QueerJoe on their web site.  Better yet, just look at a very good list of Knitting RSS feeds. 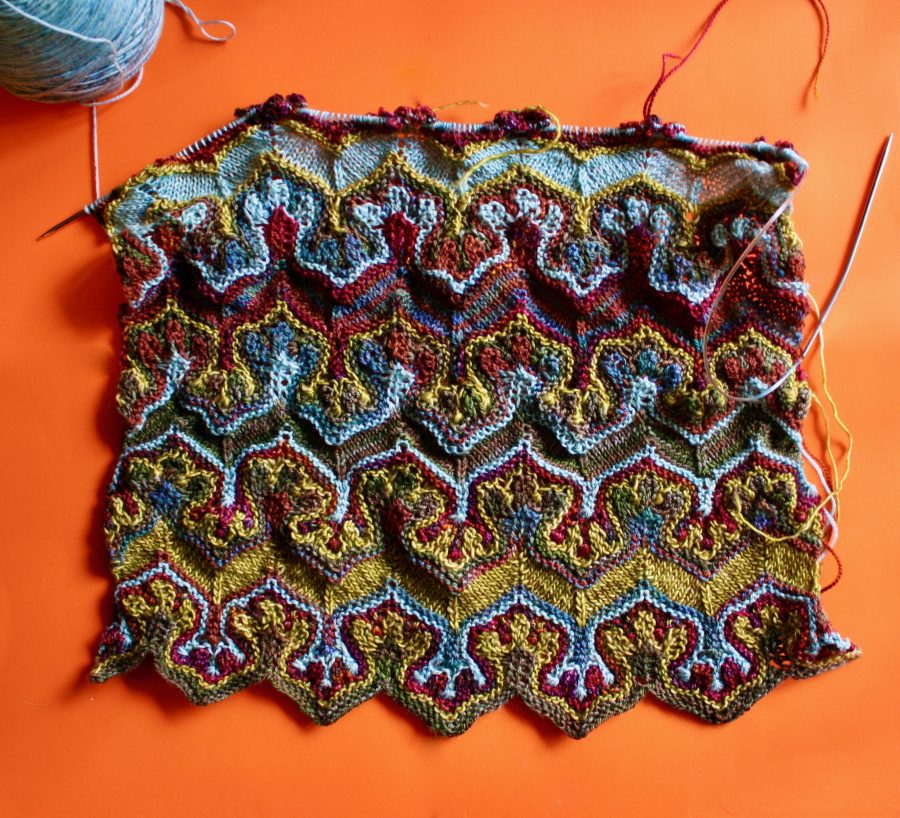 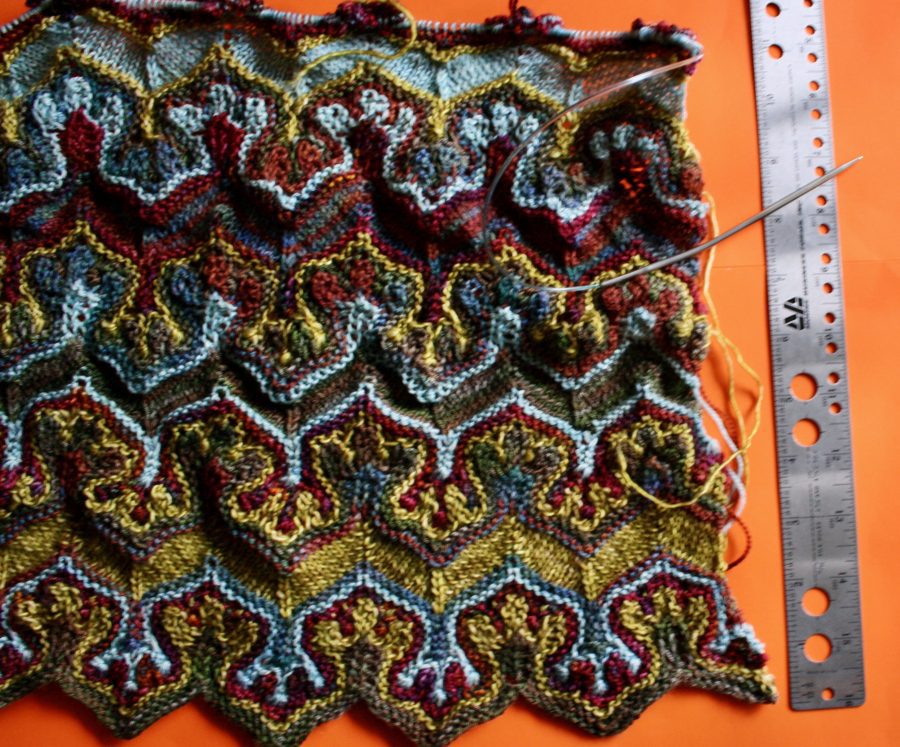 Almost five repeats are completed. One “meta repeat” of each combination of colors of the design is five repeats. Looks like I need to do that about 5 more times.  It also continues to take an enormous amount of concentration and ripping back when I make the inevitable error is challenging.

Still worth it.  This garment is turning out quite beautifully.