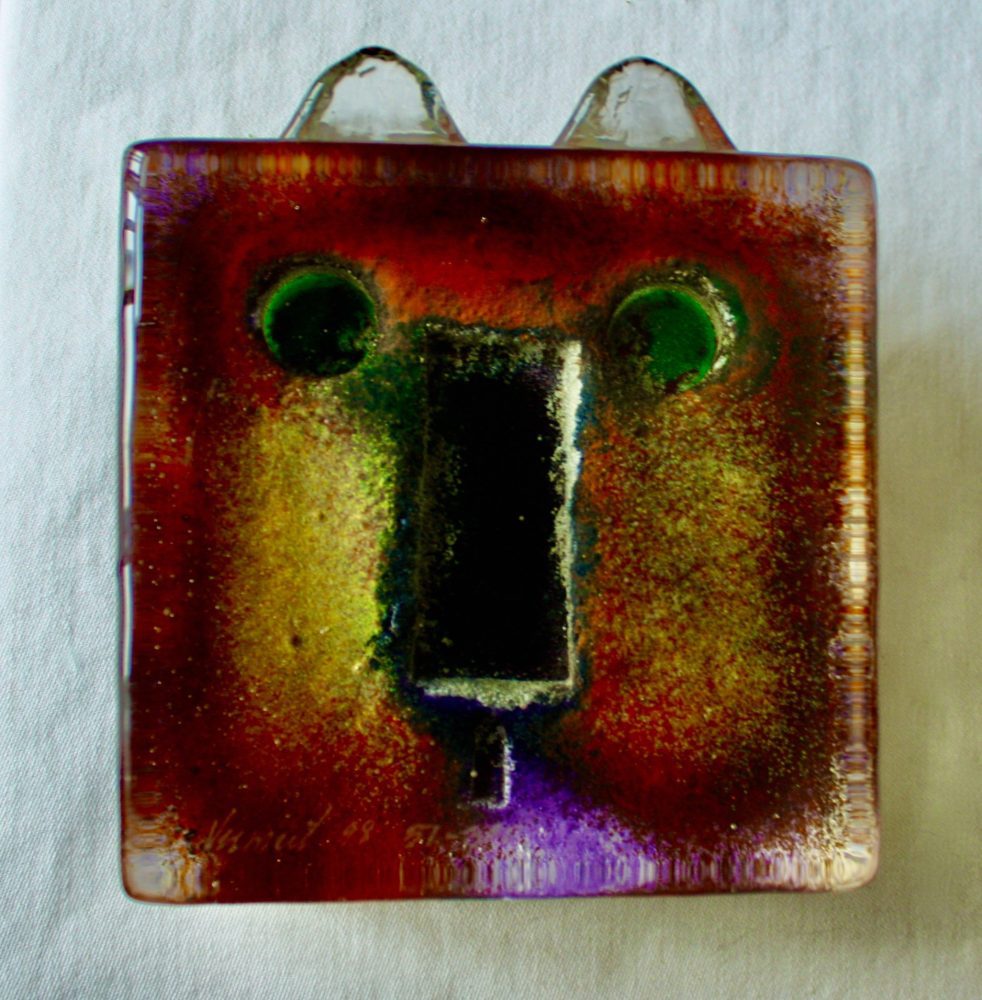 Today brings you my favorite piece of colored glass we own. It represents the beloved, and quirky cat with whom we currently reside. Finn the cat. 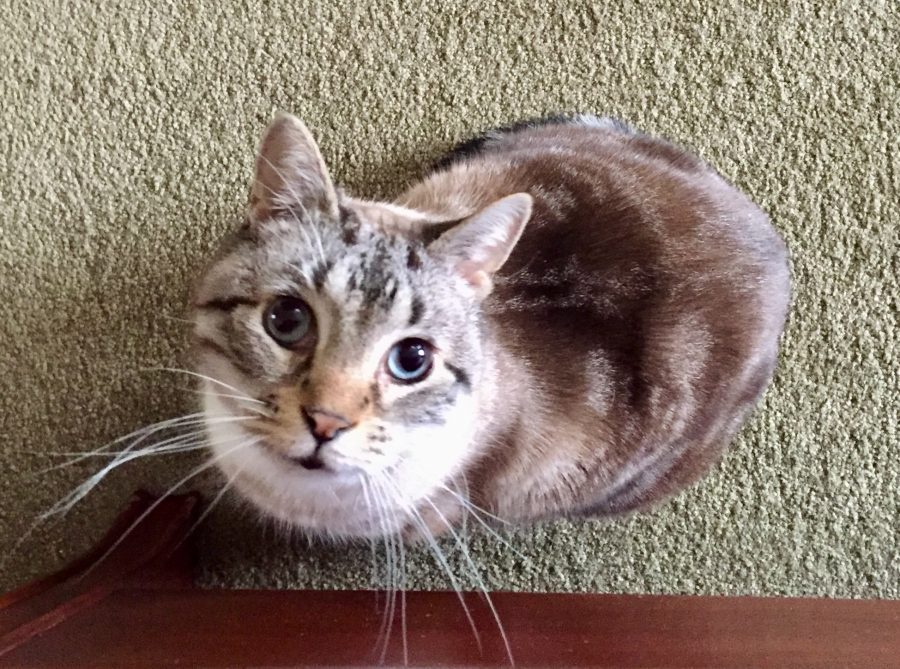 It’s been about six years since we found Finn.  Still devastated about having lost Nico, Thaddeus began looking at local rescue shelters.

He showed me a photo of a cat named Bamboo. The photo made the cat look cross-eyed and ordinary at the same time.  I wasn’t impressed.

But Thaddeus thought Bamboo was beautiful, despite his unfortunate name.

So, we traveled and hour and a half to Northern New Jersey to see this cat, only to find the shelter was closed.

Thaddeus insisted, so we waited.

The volunteer arrived 15 minutes later after walking one of the dogs in the shelter. He brought us back to “dark and messy cat closet” where Bamboo was kept and realized he wasn’t there.

Thaddeus insisted again, so we asked when we could see him.

He told us Bamboo was having some health issues and was currently being fostered by one of the volunteers who wasn’t available to see us.

Thaddeus insisted, so we got the volunteers contact information and scheduled a time to go back.

Back up to Northern NJ the next week, we met the foster-volunteer and Bamboo.  Bamboo was estimated to be about 4 years old and had been in the shelter for about TWO YEARS!  He was allergic to flea bites and had scratched his entire neck raw of fur and had scabs and sores.  Bamboo seemed playful and loved sitting at the window in his bedroom looking at birds.  He bit us when we pet him.

Thaddeus was not deterred. We asked when he’d be available for adoption.

The volunteer wanted to both check out our application and to get the cat through his current round of medication before allowing him to be adopted.

Thaddeus pushed on.  We schedule a pick-up date the following week.

Finally, on February 18, 2014, we picked up this unlikely rescue and brought him home. Suffice it to say, the photo of him was just a bad photo. We became grateful that he was a bitey cat, as I’m sure it’s a large part of the reason he was never adopted for 2 years.  We changed his name to Finn (he didn’t seem to recognize Bamboo, so it wasn’t a big change for him). And the rest is history.

The Fox Paws progress is slow, but steady. 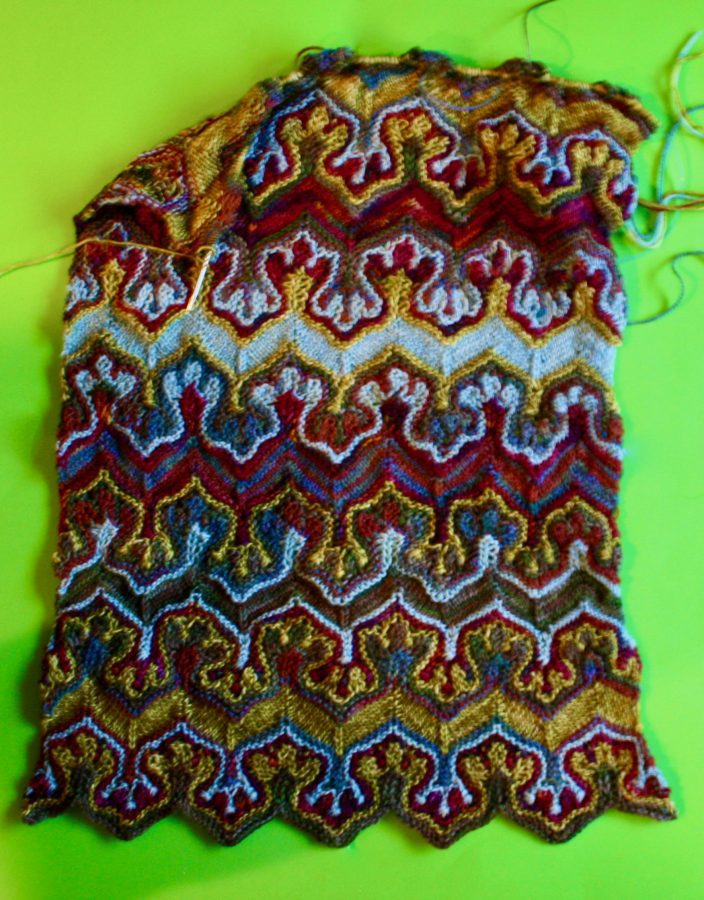 This is about 18 inches and 6 repeats completed.  I’ve also been trying to keep up with weaving in ends as I go.  On this project, weaving in ends turns out to be a nice way of taking a break from the complex rows.