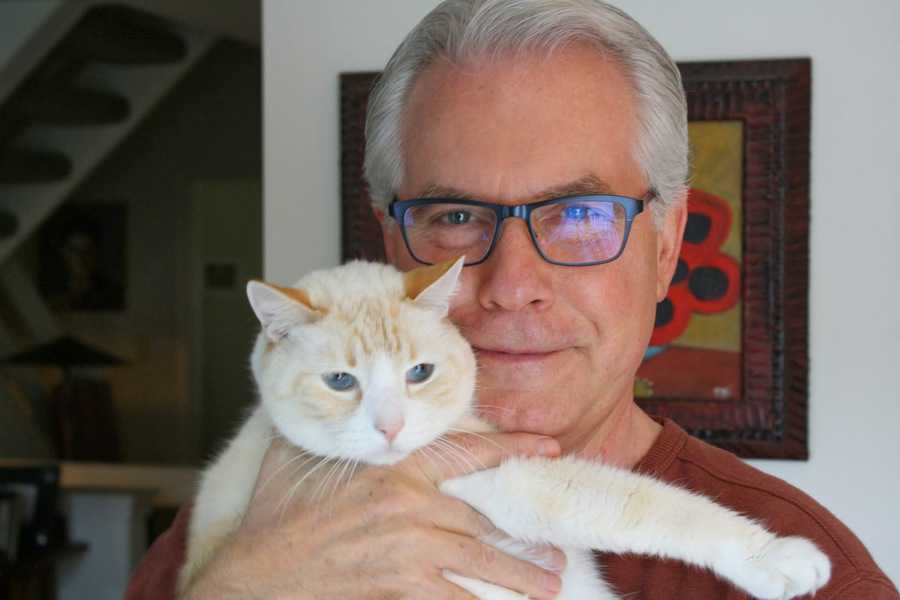 When your spouse’s birthday falls on Valentine’s Day, it’s all about him. Yes, Thaddeus has tried to be a little bit romantic on February 14ths in the past.  But truthfully, it’s inevitable that it’s more about him. And honestly, it should be. It’s not like his birthday is on a big gifting holiday like Christmas.

The above photo is one of my favorite photos of hims.  He’s holding one of the other true loves of his life, Nico. Both so handsome. While it’s 7 years old and Nico is no longer with us, I still think it’s a great photo.

One of the reasons I learned how to make transparent background photos, was to make Thaddeus’ birthday card this year.

Finn often sits on this leather/bicycle tire rim stool in the master bathroom while Thaddeus showers.  I thought it would be fun for Thaddeus to open a birthday card greeting from Finn this year. Especially one so familiar and regal.

For the Valentine’s Day card, I just went with a standard commercial card.

Recovery of the Fox Paws scarf is still erratic and frustrating. 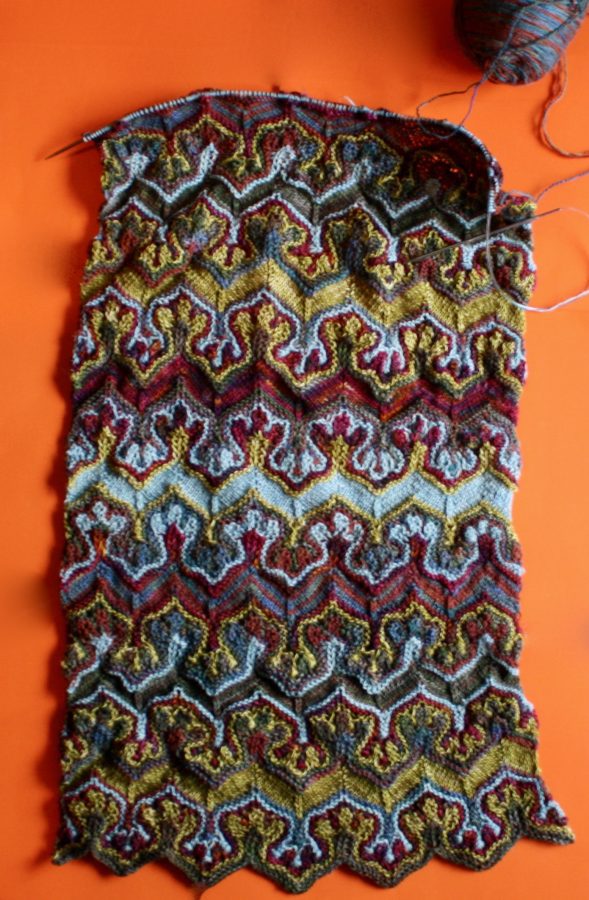 I ripped out two rows, and started to re-knit.  Then I find out the error was in a prior row.  More ripping out.  I am now at a stable error-free row.  A foundation on which to re-begin.

And also mades some progress on Sports shorts by Stephen West. 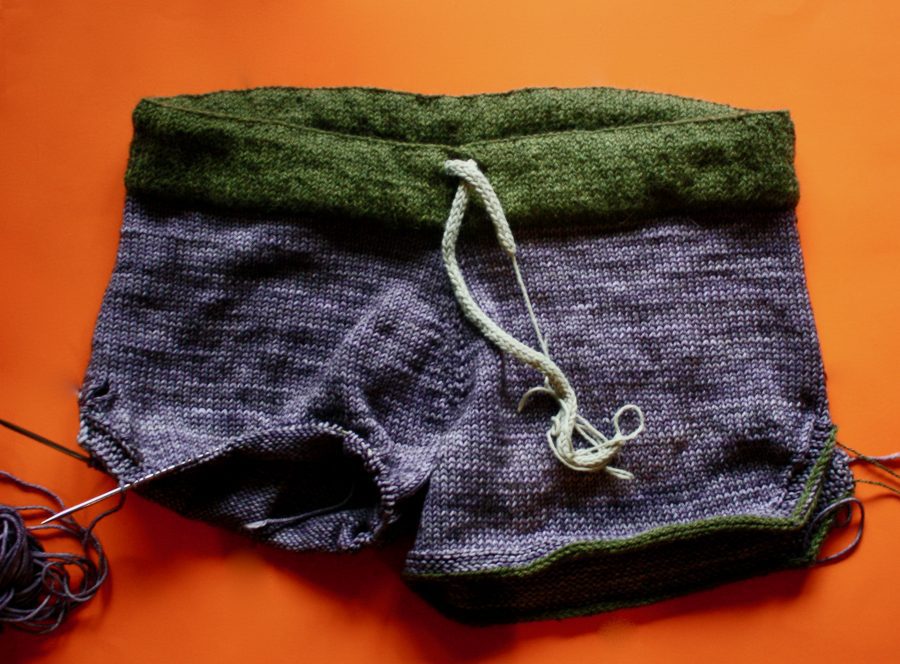 I finished the first leg and making my way down the second leg. Really well written pattern that requires reading it carefully. Understanding early that the two legs are knit flat instead of in-the-round makes it a little easier to follow the pattern.