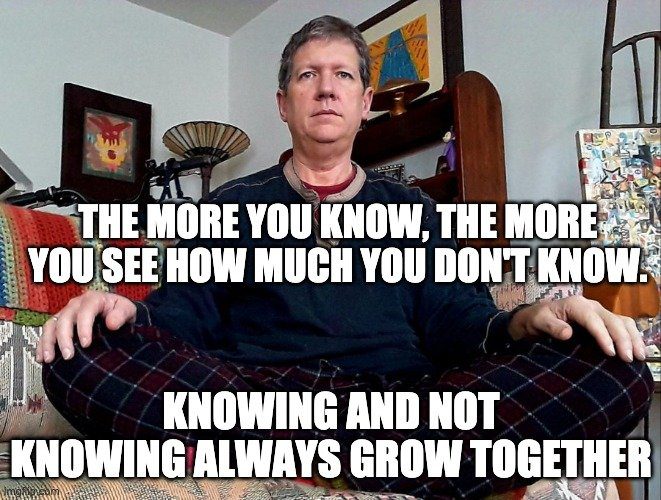 Do you meditate? Are you good at it? Are you adept at describing different states of consciousness you’ve achieved?

My Hierarchy of States of Consciousness

Over the years, I have tried many different ways of meditating. My earliest attempt was as a teenager with a local Buddhist guy.  Most of my attempts were frustrating. It felt as though my chattery mind always took over. I was a meditation failure.  Or that’s how it felt mostly.

In recent years, I have started to explore meditation a little more. I’ve discovered two things. I’m not a failure at meditation (I don’t think, anyway). And I never was. Mostly, I have been exploring meditations that at least start with body awareness.  Body/mind meditations seemed to make it easier for me to calm my chattery mind. Focusing on my breathing. Registering that the body has weight. Focusing on what doesn’t change in my body seems to give me access to other states.

Just a note. I could be totally wrong about all of this. So if any of this is useful, great. But, as with anything experiential, our vocabulary gets less and less useful for describing it. In fact sometimes, the describing of a state seems incongruent with that very state.

I left an open spot at the end. I’m not sure if there are more states beyond my 11. But I’m open to it.

Seems the colors for the Fox Paw Scarf are also really good in the Interlocking Crochet Scarf! 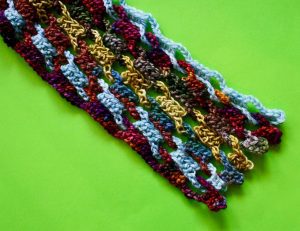 With six stripes finished, I will need to crochet 9 or 10 more to finish this scarf. But I already like it! 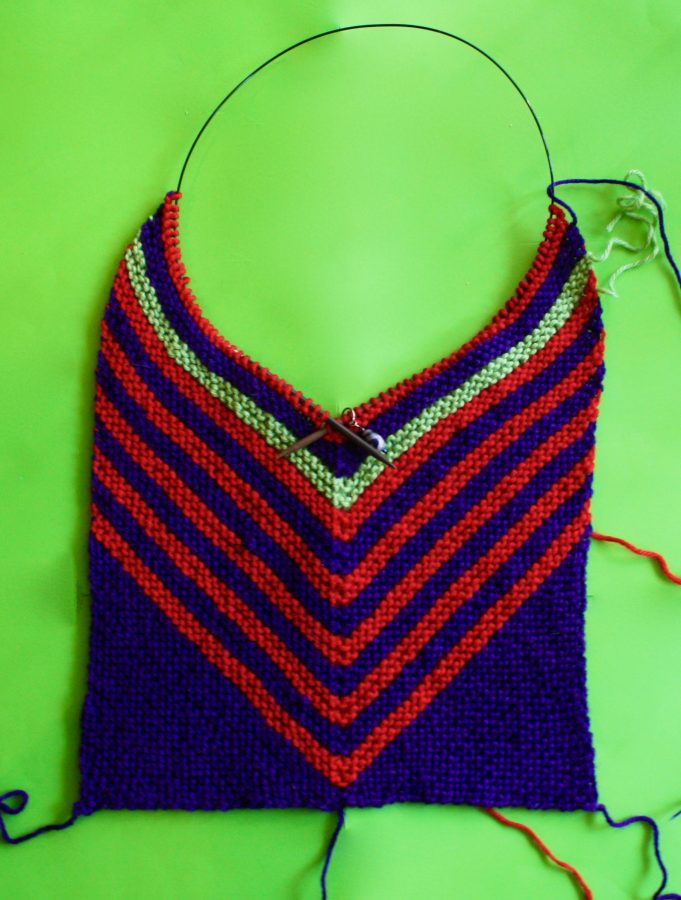 Unfortunately, they’re all the colors that don’t photograph well.  The blue is really a deep purple. The Red is really a blood orange red. And the lime green is really a vibrant chartreuse.  It’s looking a little Dr. Seuss-ish, but I really like it.