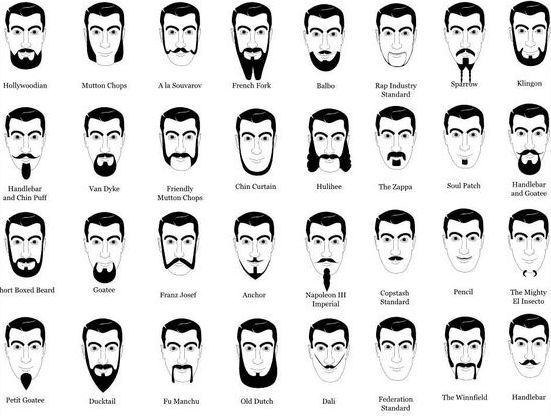 One Last Attempt At Facial Hair

Yes, I understand how gender-normative and exclusionary this statement is. But for me, part of masculinity involves facial hair. So, I have made one last attempt at facial hair.

Want To See My One Last Attempt At Facial Hair?

First of all, you should know that Thaddeus is dead-set against me growing facial hair. He hates the way it looks. Throughout this three-week attempt at facial hair growth, I had to constantly assure him that I was just experimenting. To assess what was possible. Also, that my face would soon be clean-shaven. And to be fair to him, the trendiness of facial hair is starting to wane in the gay community (I think).

On the other side, I have envied many a guy who sported hair on their face. I think it’s attractive. Even as far back as the 70’s when porn-staches were popular, I have wanted one.

Initially, I just stopped shaving my face.  After a week or so, it became obvious there are certain parts of my face that just don’t have much hair growth. Or even if it did, i didn’t want hair growing there. So, I shaved my lower neck and the upper part of my cheeks.

Then, I realized that I didn’t really grow much hair on the upper jaw-line. So I shaved off anything but a mustache and goatee.

Finally after about two and a half weeks, I decided I didn’t want a goatee, so I went for what I call the “biker ‘stache and soul patch.” 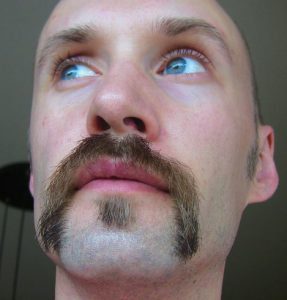 That’s obviously not me.  My mustache was starting to grow in almost as fully as this guy’s. But my soul-patch was more scraggly and there was significantly more gray. Especially in the lower sides of the mustache. Overall, this would be my most successful facial hair strategy given what I have to work with.

The last couple of days of this experiment, I trimmed down to just a mustache. Here are a couple of different views of what it looked like after 3 weeks. 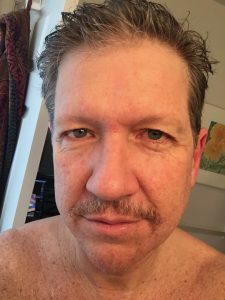 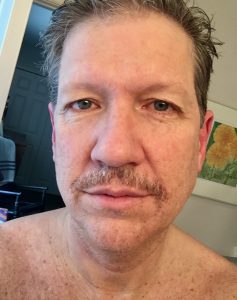 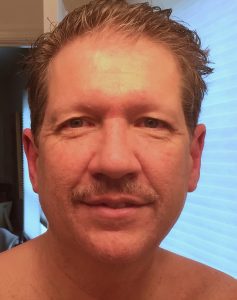 Honestly, I liked it. It made me feel manly. And the experiment proved that I could grow facial hair that I’d like.

But the experiment is now over. 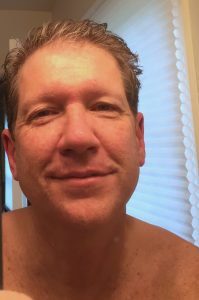 And by the way, Thaddeus hasn’t mentioned yet (or hasn’t noticed) that I shaved.

I’ve been spending a lot of time on Zoom Knitting Meet-Ups to satisfy my socializing needs. So I’ve been working primarily on my simplest, no-concentration project. 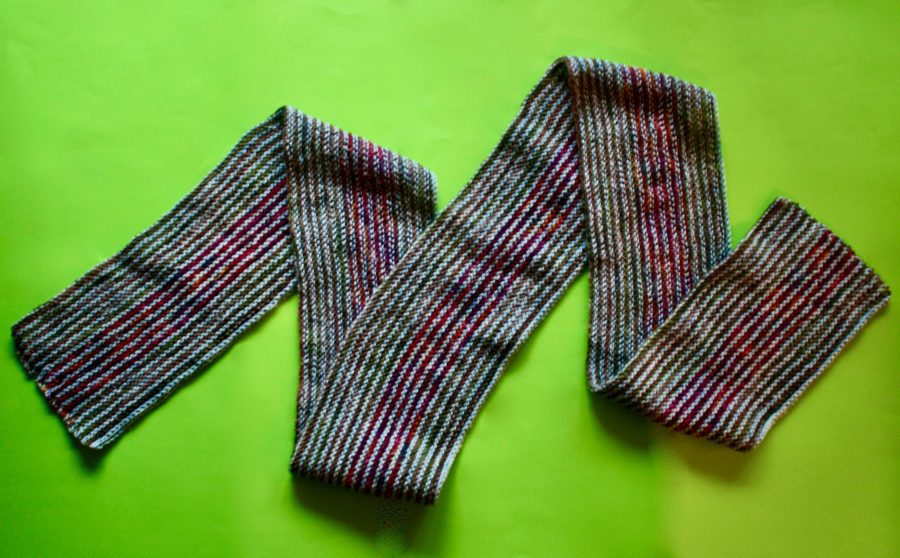 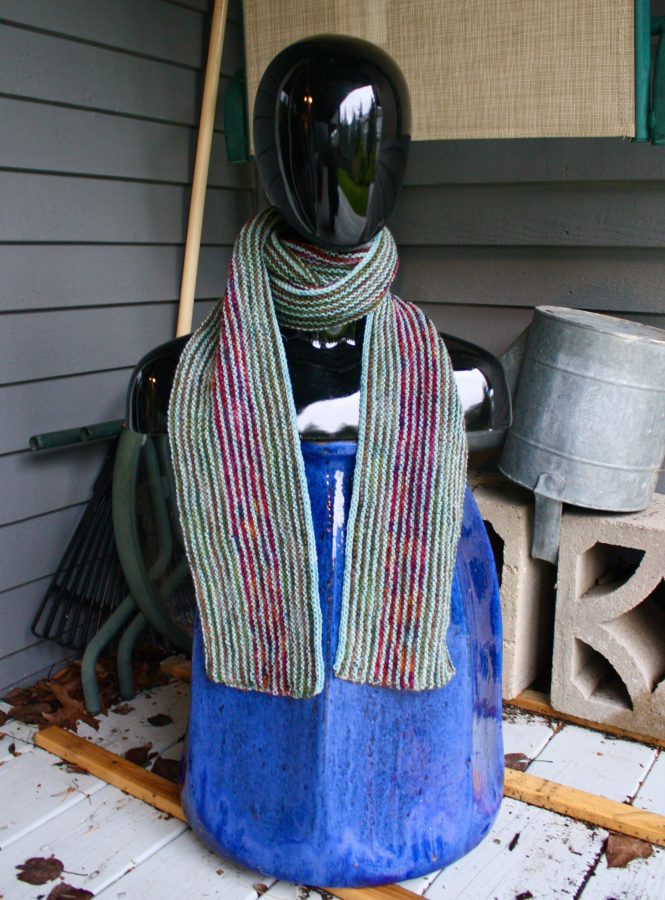 As a result, I finished the latest Garter Striped Scarf. And I’m quite pleased with the result.

I have also made some minimal progress on the Zig Zag Striped Scarf.

This one does require some concentration. But I can successfully work on it whilst chatting on Zoom.

2 comments on “One Last Attempt At Facial Hair”