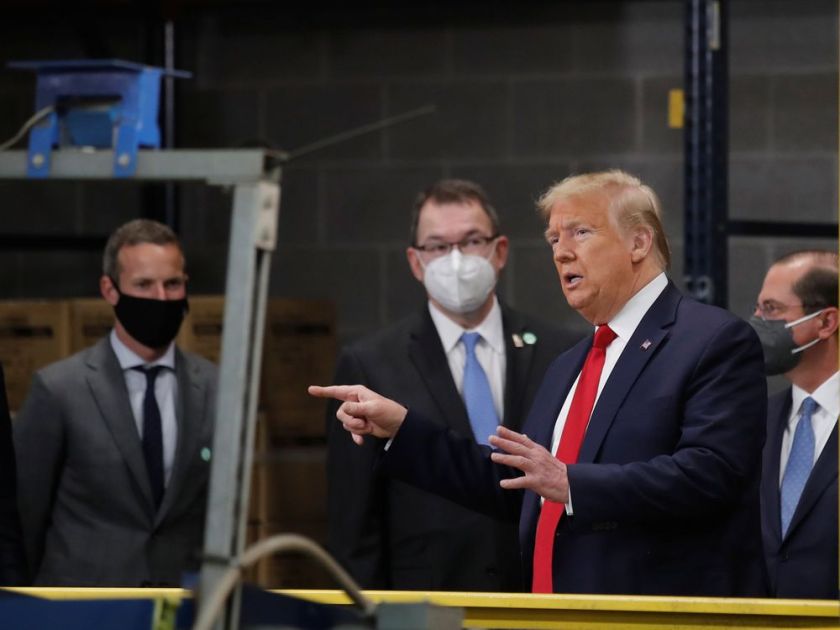 Thank GOD he finally made it to Pennsylvania and spoke the truth to our Democratic Governor. Because now I fully support Donald Trump. Open the State of Pennsylvania NOW!

My About-Face – Why I Fully Support Donald Trump

The Governor of my State, Pennsylvania Democrat Governor Tom Wolf has started allowing counties to open up gradually. The State legislature here is Republican-led and rabidly against the Governor. Trump won the State of Pennsylvania in 2016. So it was a smart strategic decision of Trump’s team to come to Allentown, Pennsylvania yesterday to try to make our Governor look bad.

And I couldn’t agree with Trump more on this.

“Open the State of Pennsylvania and let the economy flourish!”

I think conservative Pennsylvanians should put their children and aged relatives where their mouths are. So to speak.

Send your kids to crowded playgrounds. Let them gather at McDonalds and Chuck-E-Cheese. Send them on as many playdates as you can schedule. Encourage your aged parents or grandparents to go to play duplicate bridge again. Make sure they start attending their book clubs.

Personally, I have the stamina to continue to socially distance. I’m finding it rather easy to comply with recommendations from health officials to keep myself as safe from COVID-19 as I can.

So, if the conservatives in this State want herd immunity, I say go for it. The more of you who contract COVID-19 and/or die from it, the less chance I’ll have of contracting it in a few months. Also, the fewer of you will be around in November to vote for Trump. And there will be fewer of you to elect Republican State legislators.

So go out in crowds. Get drunk in bars again. Attend as many rallies as you can get to. I mean, you’re not working now anyway. Scream loudly and send as much spittle into the air as you can. Breathe deeply the fresh air of our State. And encourage your children and aged relatives to do so as well.

None of you will be missed. Not by me, at least.

After some missteps and ripping out, I have recouped and even made some progress on the Close To You Shawl. 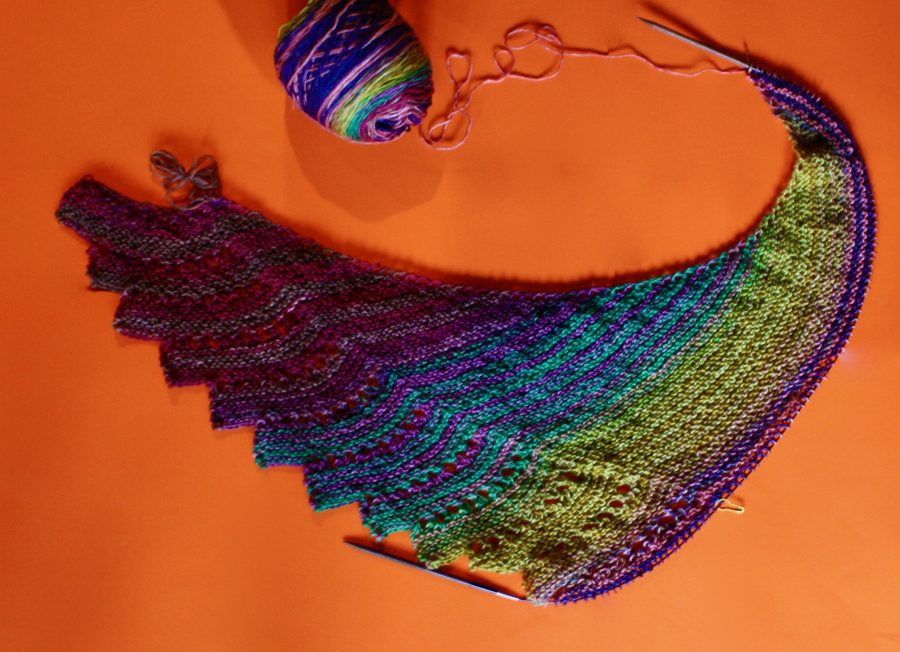 I know it doesn’t look like a lot of progress since Monday. I made a minor mistake and considered just letting it go. Then I thought I might prefer to alternate the two hanks of Uneek Fingering yarn every alternate garter ridge.  So, I ripped back to the beginning and started again.  I realized quickly that I couldn’t carry the yarn up one side of the work because it wasn’t a straight edge (the bottom of the shawl in the photo above). And I didn’t want to carry it up the other side, because I love the selvedge edge created by the stitch pattern. 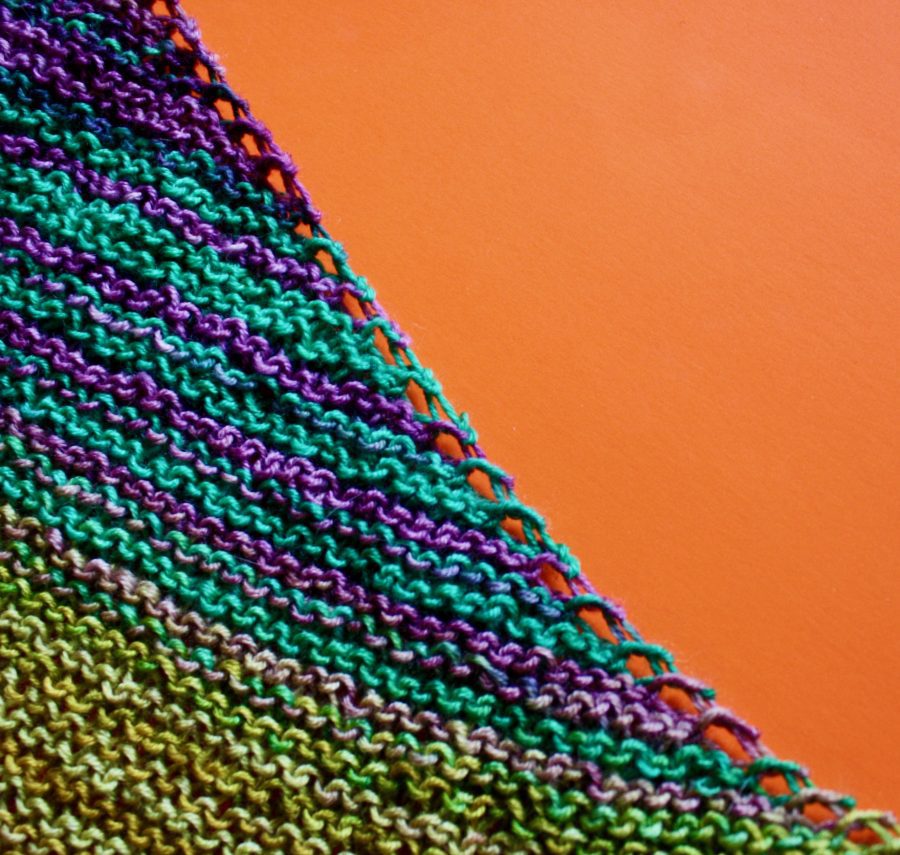 So I ripped back again, and re-started this project.

Hopefully, this will be the last misstep on the project and I’ll finish it in short order. I LOVE the yarn and the pattern is PERFECT for it. In my not-so-humble opinion..