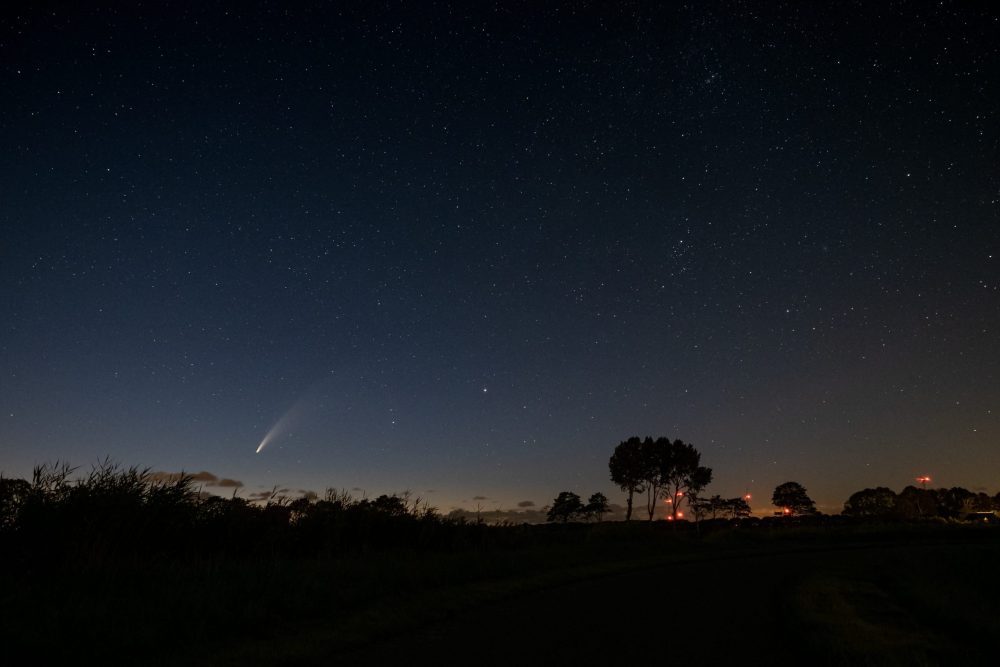 Astronomy is one of those things that Thaddeus has a way of making fascinating for me.  And our recent night-trips outside have brought about some comet excitement for us.

Do You Need Comet Excitement In Your Life?

Two incidents where Thaddeus added a fascination about astronomy for me:

So with a comet that won’t appear for another 6,800 years, we had to try and see it.

We went out on Saturday night but we didn’t see it. It was assumed that the tree-line in our neighborhood blocked it.

We drove to a local park at sunset on Sunday night, but there was a cloud cover on the horizon, so we went home.

But last night we went back to the park. We couldn’t find it until it was dark enough to see the big dipper with out naked eyes. And even then, I needed binoculars to find it.  But it was thrilling when I finally saw it.

Astronomical events aren’t always enthralling. I’ve come to realize that they require a certain ability to envision their wonder before they unlock their fascination. This comet is no exception. It’s a smudge on the night sky.  Even with binoculars.

But knowing where that smudge has been. And understanding where it’s going. This 3-mile wide projectile in space takes on as much excitement as I’m willing to bring to it.

After sighting Neowise, we drove home and see it from our front door. Both with binoculars and with the naked eye.  It was a lot easier finding it when we knew exactly where to look.

My progress on knitting and crochet WsIP is not quite as exciting. I made minimal progress on two of my current three WsIP.

I made the most progress on the Little Hearts Wrap. 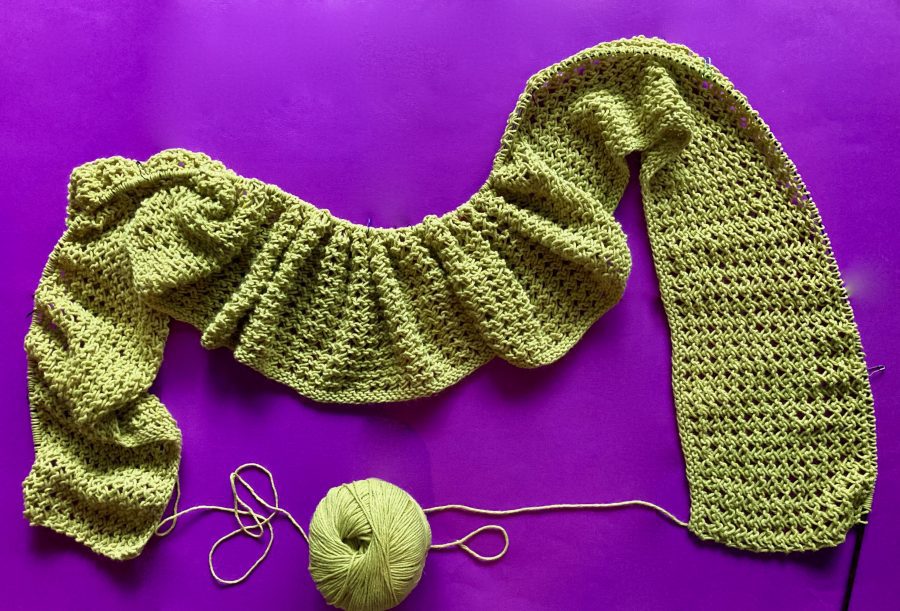 It’s only a few rows. But I also added an extender cable to my working needle so I could splay it out a bit wider for blog photography. 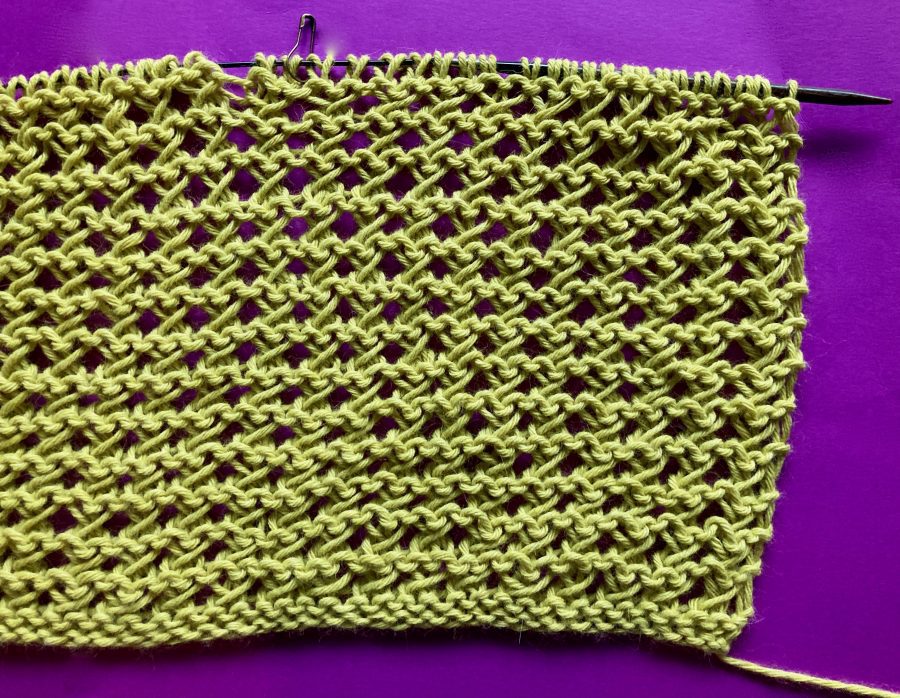 As my hands do this pattern even when I’m very tired now, I’m liking this stitch and the fabric it creates very much.

The Interlocking Crochet Infinity Scarf is a bit more problematic. 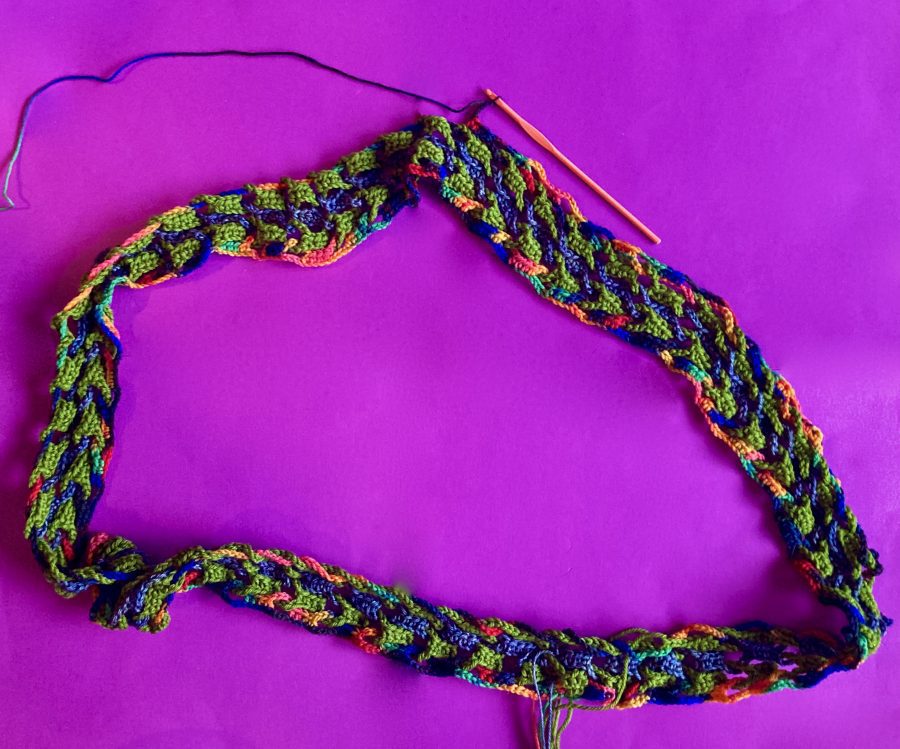 I’ve added a new color stripe (yes, also hard to detect). But I also realized there is a double twist in this scarf that makes it a Double Moebius…which really isn’t a thing. But I may try to make it the new “fetch”. 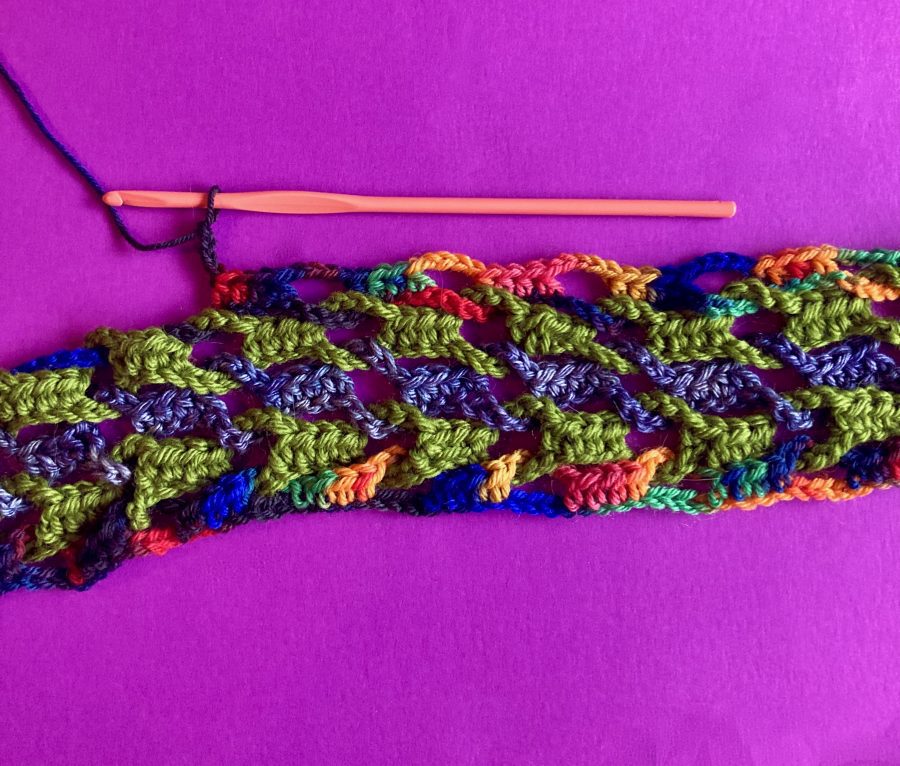 Regardless, I think this scarf will end up being a very appealing garment and will sell well if I ever get to display at a craft show again.