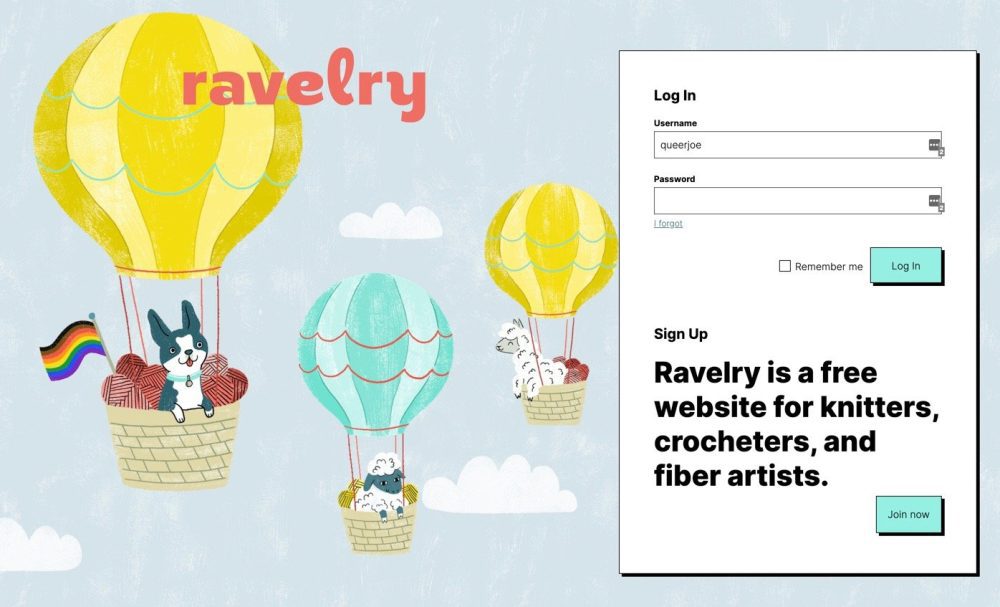 Perhaps this post will be a lightning rod for people to express anger. I understand that. But I am a fan of the web site and the recent Ravelry response to users. 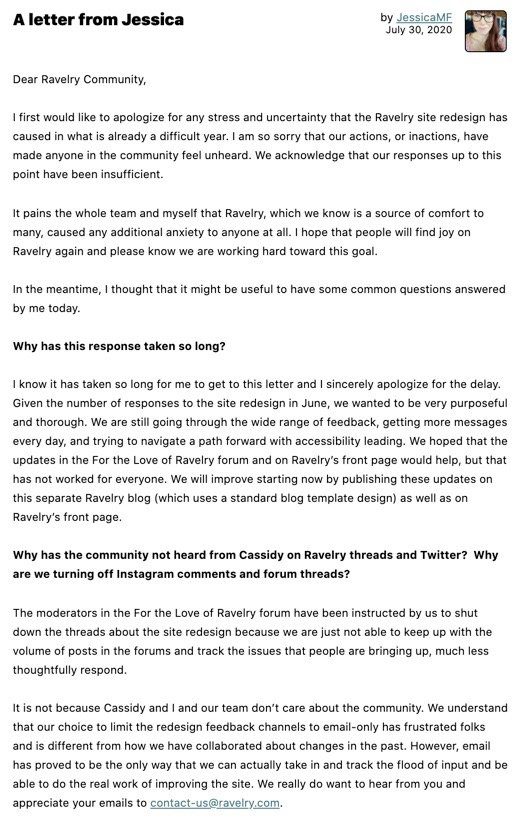 This one came as an e-mail from a friend of mine to Ravelry: 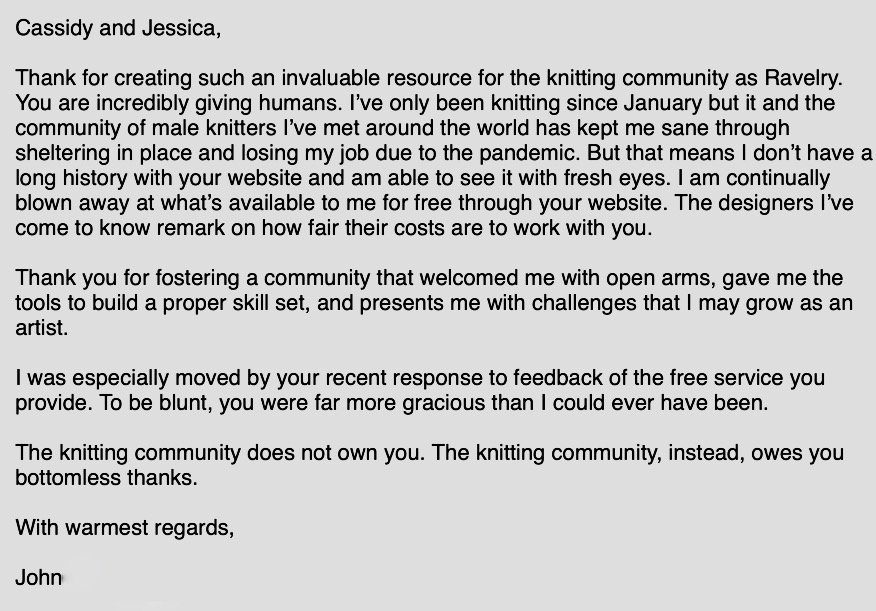 Just to give blog readers a sense about how I feel, I was very glad to have been cc’ed on John’s e-mail to Cassidy and Jessica.

Summary of My Thoughts on The Ravelry Response

For the first three categories, I say fuck off. Go build your own fucking Ravelry if you hate the current one so much.

For the 4th category, I would suggest a less extreme response to the changes than I’ve been seeing. Accusing them of being ableist and hating on those with painful conditions doesn’t help you get your valuable tool back.  Keep working with them in a civil way and hopefully, you’ll get a Ravelry that you can use. Focus on getting what you want. Not alienating the only folks that can help you get it.

Flame throwers in e-mails and comments won’t be treated very kindly. If you have an issue with what I wrote today, you’re welcome to comment with a dissenting point of view. You are even allowed to express anger and frustration. But if I feel that you’re trying to stoke hatred and division, you’ll be banned from public comments.

I am very glad to have finished a VERY long shawl. AND published a pattern for it! 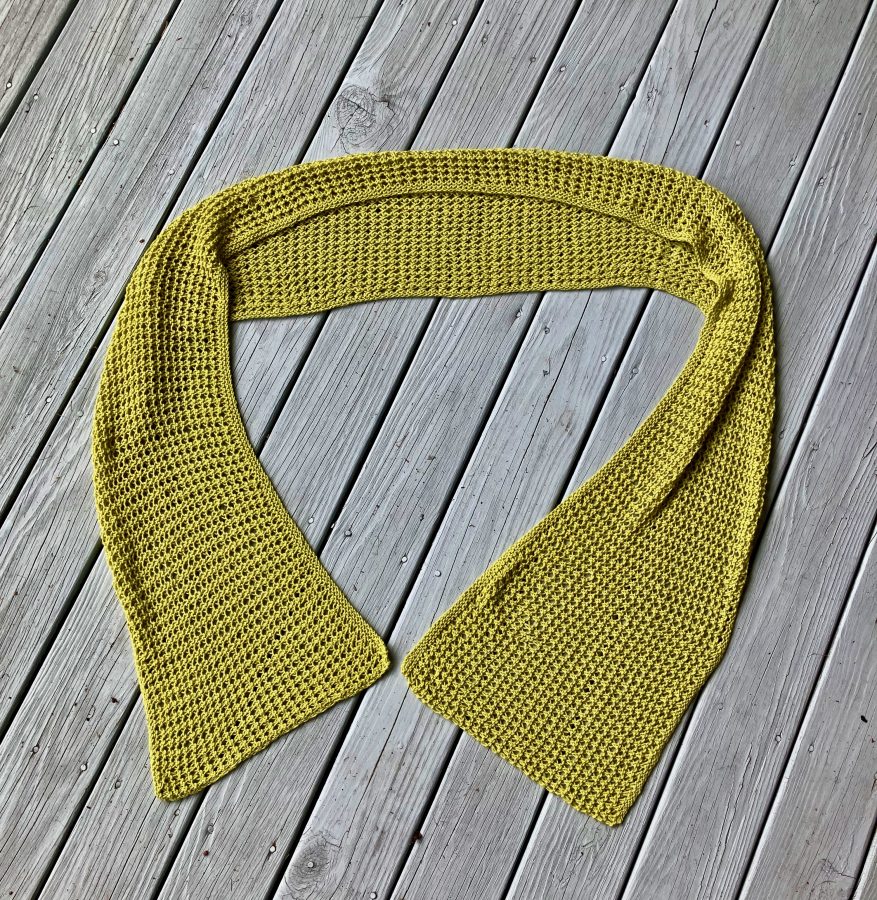 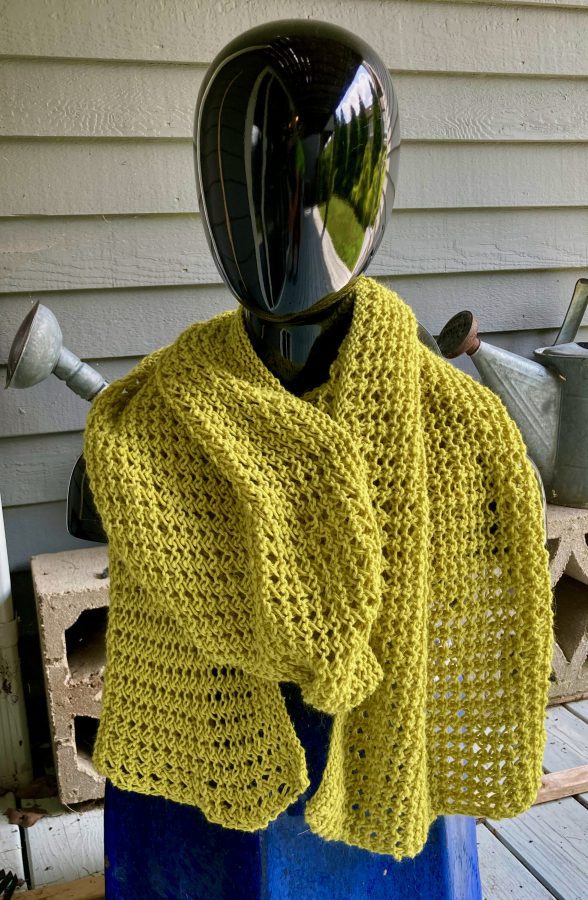 Depending on how I lay it out, the Little Hearts Wrap turned out to be about 84″ long and about 14″ wide.  It’s very loose and drapey and clings in a very comforting way. I LOVE this garment.

I have published the pattern on Ravelry (if you’re still a member), and for the first 24 hours, you can get it free with the coupon code FreeHearts at check out.  It would be greatly appreciated if you would Favorite and/or Queue this design.

Also on the Current Knitting front. I have decided to stop working on the circular Interlocking Crochet Scarf project. Making it as an infinity scarf just isn’t worth the effort. So I will frog it.

But I did start two new projects (although  you’ll only get to see progress photos of one of them). 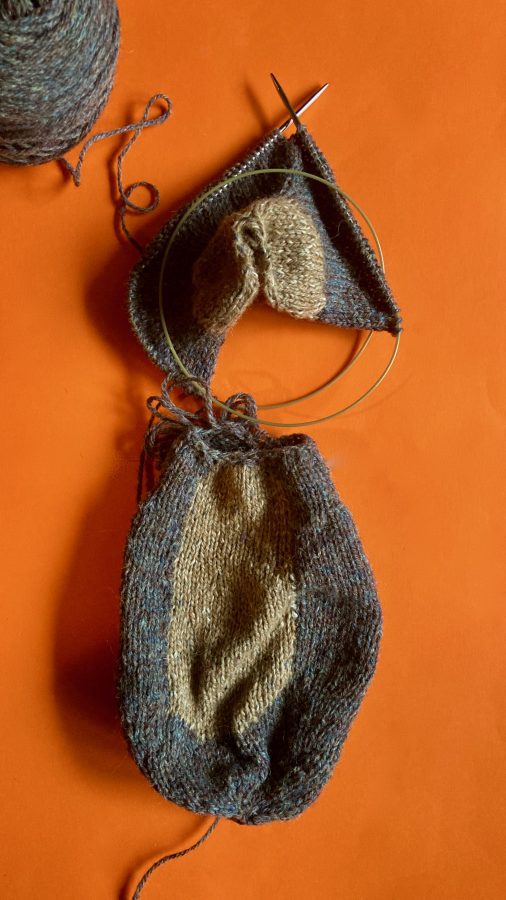 Can you guess what this is?  Eventually, it will be a stuffed bear. I’m using the pattern Bear (Knit a Teddy) by Sarah Gasson. So far, I’m liking it very much.