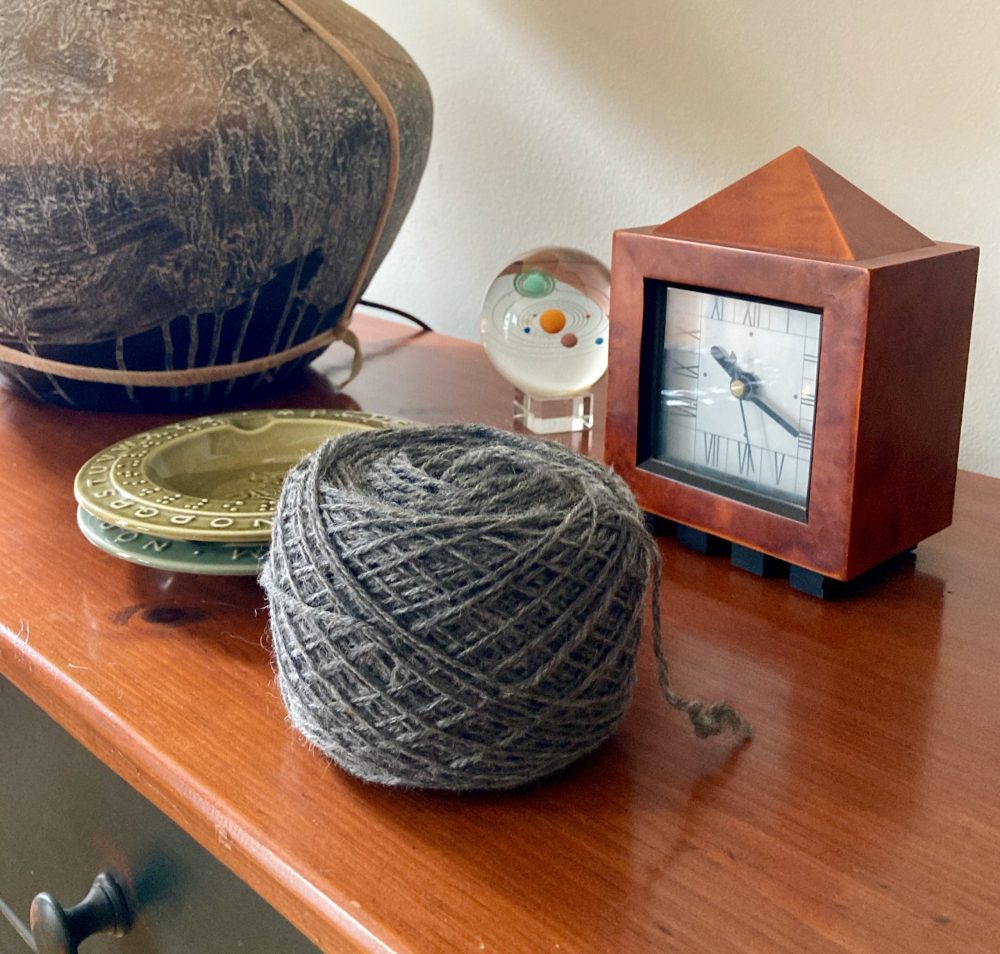 The Most Painful Ball of Yarn

Seems like an innocent little cake of yarn. No? Don’t let it fool you. This was by far, the most painful ball of yarn I’ve ever wound.

Yes, The Most Painful Ball of Yarn EVER!!

For any of you who have ever struggled to wind a hank of yarn into a ball, you’ll understand.

Some hanks have a little bit of matting. Maybe a little felting from the dyeing, winding process.

Then there are hanks of yarn that tangle up the beginning of the hank with the yarn towards the end. So no matter which end you start to wind, it’s entangled for a short period of time.

There’s also the evil yarn hanks. The ones where the person who wound it tied loops of one side of the hank onto the other side.

Finally, there are the imbalanced yarns that twist onto themselves. The plying twist doesn’t offset the spinning twist, so it twists onto itself. The result are some knots that even the most experienced Eagle Scout couldn’t make happen.

This hank had all of it.

Starting to wind off the yarn, it started to tangle immediately. I patiently eased out the matted, tangled yarn. Slowly adding inches to the ball winder. This continued for about 20 minutes until I hit a tangle that wouldn’t be eased out.

I tried slipping the loop that was the primary reason for the tangle onto the other side of the swift. Didn’t help.

Now I start hand-winding the yarn from the other end. Still painfully slow. It required that I constantly untangle. Ease out matting and assess if the original tangle was released.

No such luck. In fact, it just go worse. I pulled the tiny “cake” of yarn off the ball-winder and attempted to lodge it into the center of the swift so I could more easily hand-wind the yarn. It fell through. And it got more tangled.

After an hour and a half, I finally walked away from the mess. This yarn was officially in time-out.

Returning – Hoping It Was Not That Bad

Returning back to the yarn, the situation was as bad as I remembered.

Finally after patiently, laboriously winding off from both sides of the hank. I started to see some progress.  But honestly, the tangles lasted until the very last few loops on the swift.

I couldn’t waste this yarn. I persisted, like a good knitter. Until I finally had two balls of yarn. Those two balls were then wound into this beautiful, innocent-looking cake of yarn.

The painful winding was worth it, because I made a lot of progress on the Waterline Shawl. 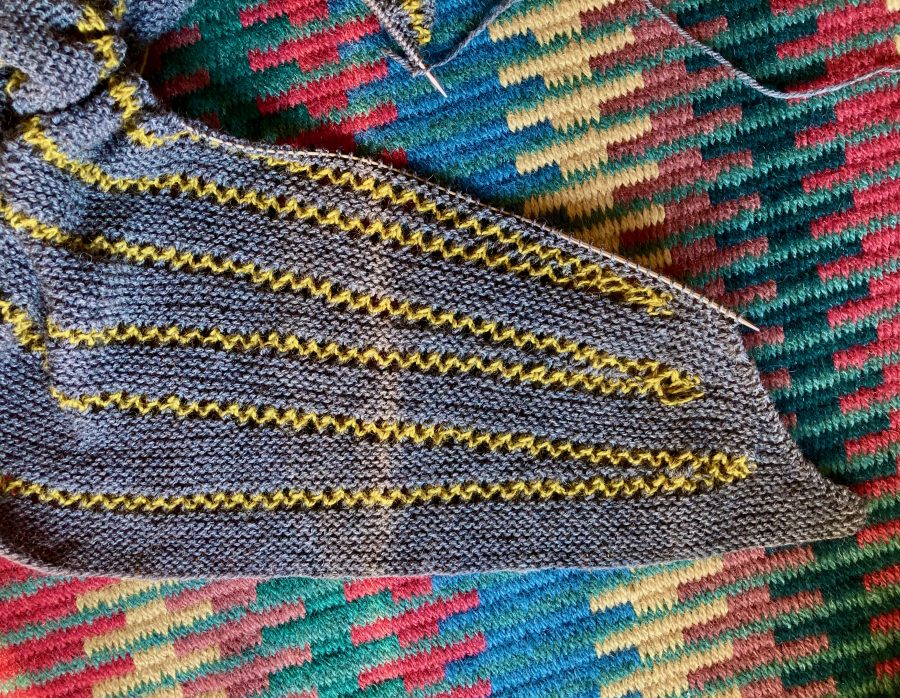 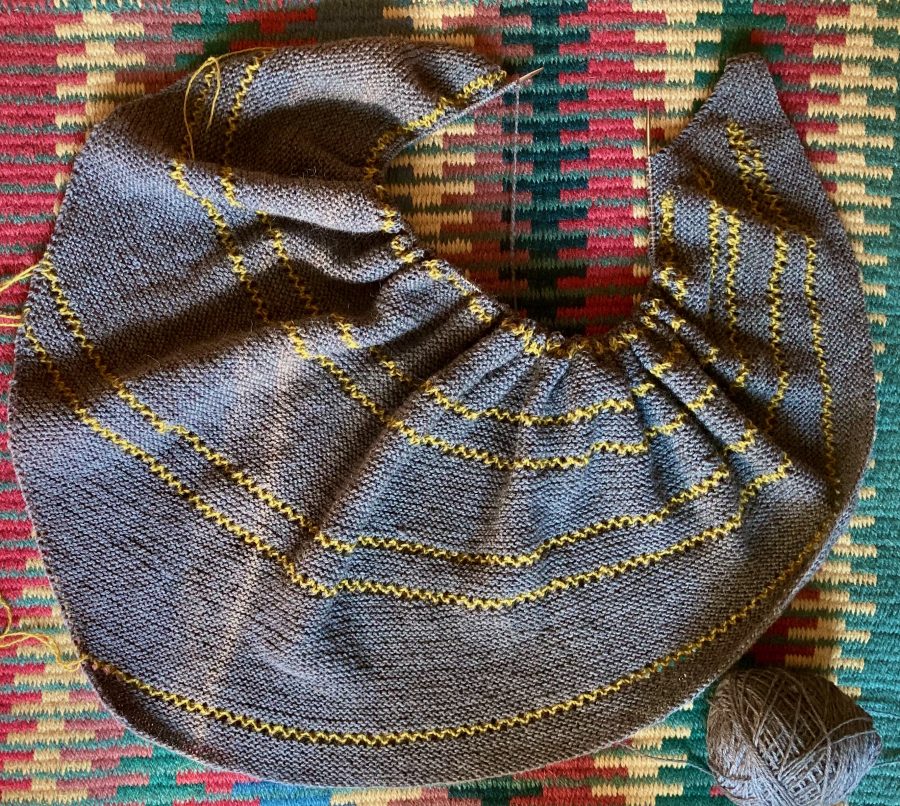 It’s about 2 hours short of being completed.  I had hoped to finish it by today, but the 3 hours of yarn winding put a bug in that ointment.

But fear not. I will prevail and finish this little beauty soon.

3 comments on “The Most Painful Ball of Yarn”