Some song-writers seem to brilliantly condense powerful ideas into lyric and music. Namoli Brennet chose the ideal title song to her latest album, Light It Up.

Let me first state that my appreciation for music is sometimes juvenile at best. So, I often rely on Thaddeus or other friends who have a true ear for music. People who hear things in song and lyric that I don’t.

However, once Namoli’s music was brought to my attention, I have consistently heard some incredibly powerful and personal themes in her work.  Her latest album is no exception.

Her ideas of justice, and urgency for experiencing life resonate strongly with me. I got an early release of her latest album as part of a Kickstarter campaign. And I’ve been listening to it a lot. Her music is tied closely to the Men’s Knitting Retreats, so I’ve been playing a lot of her earlier catalog.

Check out her music on iTunes or at her web site. And as her most recent title song suggests, don’t put off life.

As noted in the prior blog entry, I have been comfort-knitting. But I was still able to add a couple of inches to the Hallgrim Scarf. 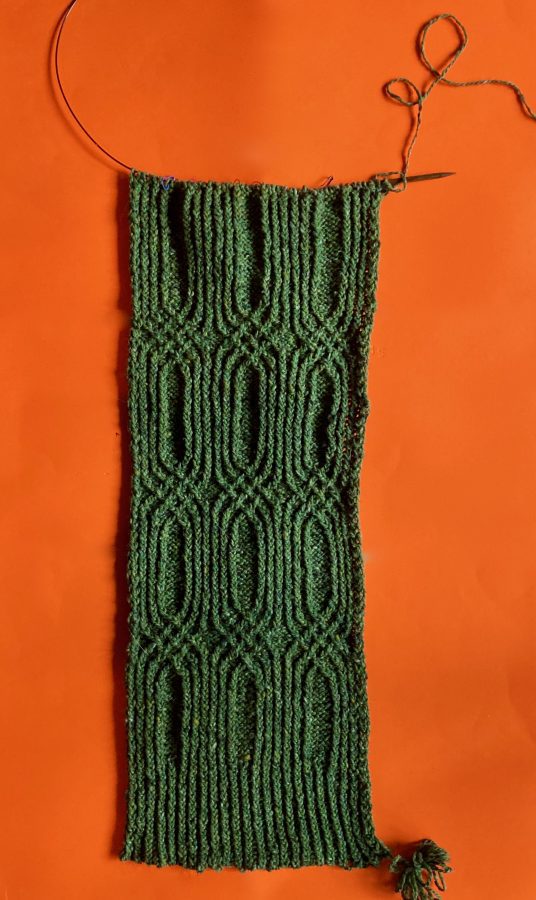 I also did a LOT of comfort knitting. And I finished the latest Knitted Cross-Stitch Scarf. 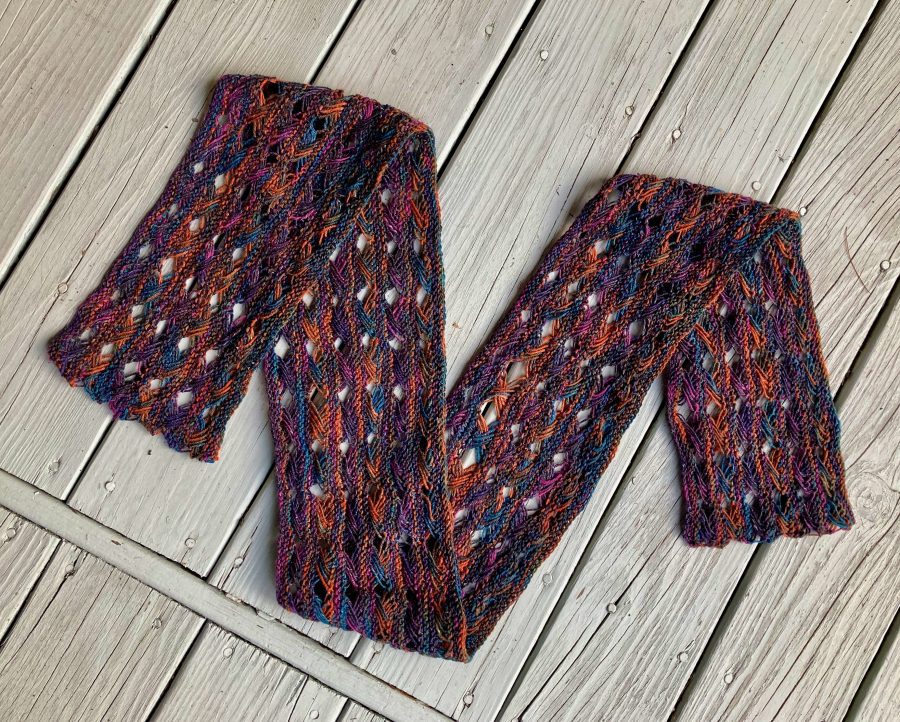 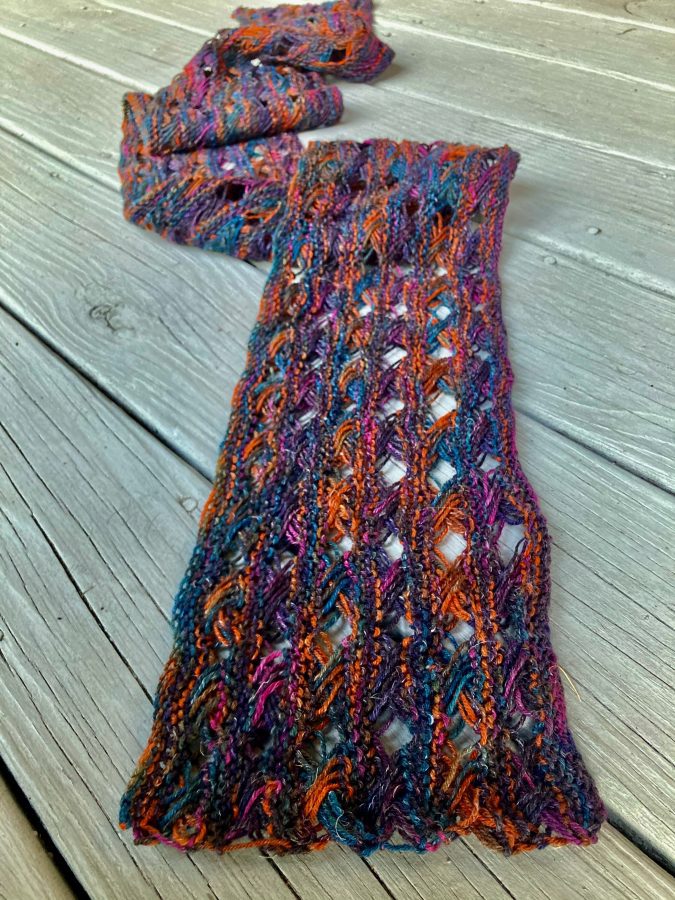 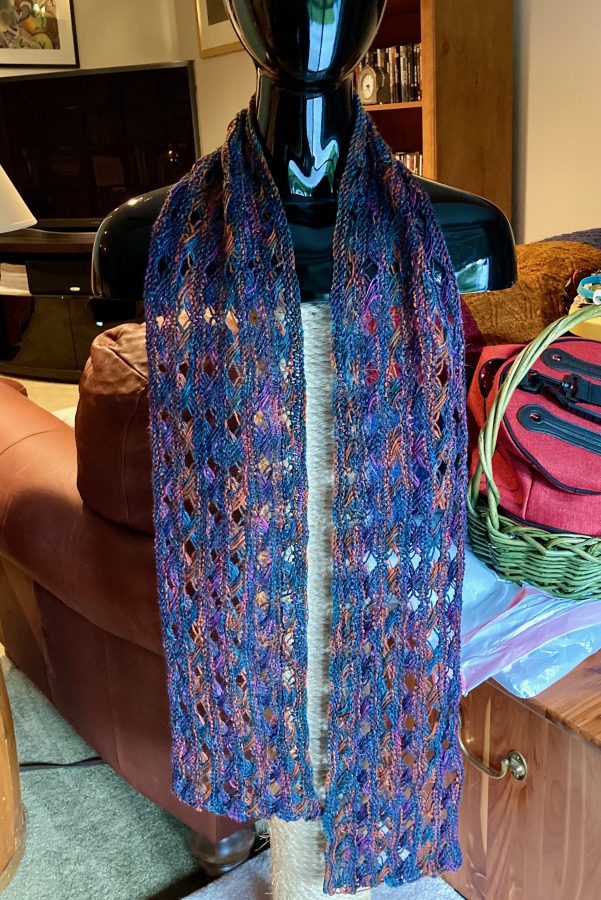 What do you think of this as a guy’s scarf? 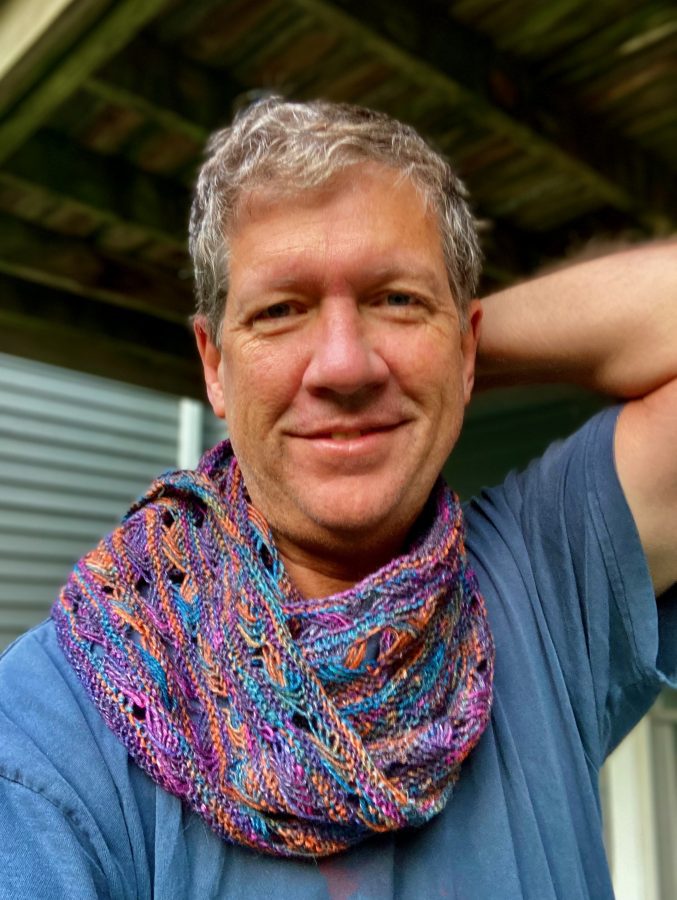 I love the deep, rich colors of this yarn and I would definitely wear this beauty.

4 comments on “Light It Up”