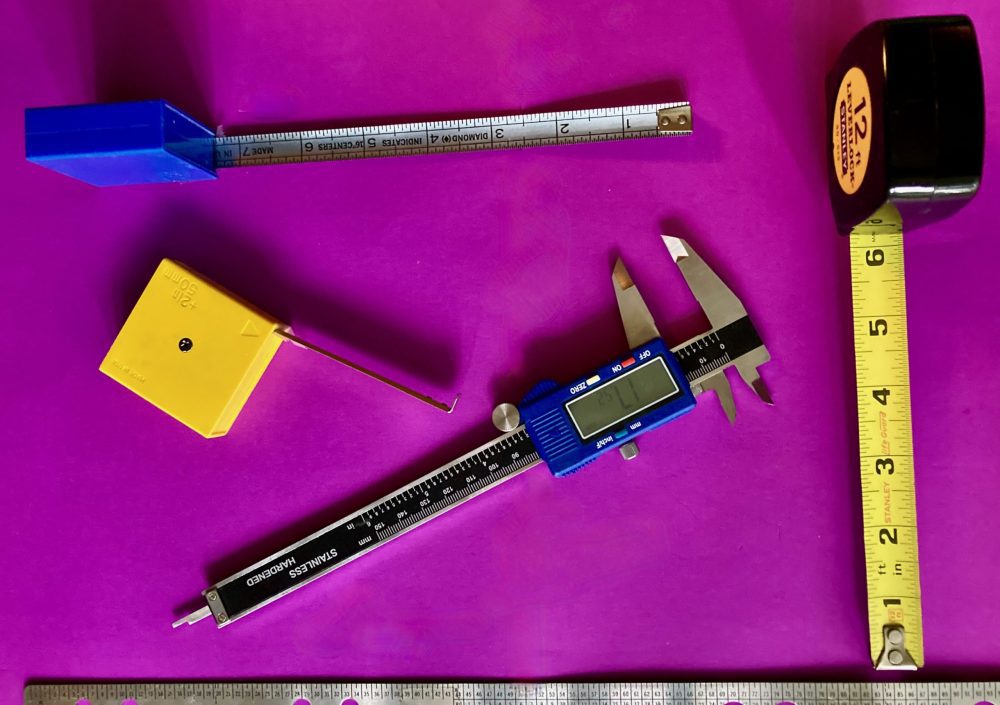 Not A Millimeter To Spare

Thaddeus is a master of “measure twice, cut once” as a general rule of thumb. Our latest jaunt showed his expertise with not a millimeter to spare. I prefer the “go with your gut and have two back-up plans” method.

Packing My Car With Not a Millimeter To Spare

Our television died the other day.

While this may sound like the beginning of Camus’ L’Etranger (except in English), it wasn’t quite as noteworthy as the narrator’s mother dying. Anyway.

So, out of the blue, we had some kind of power surge or brownout that seemed to only affect our television. No amount of coaxing would get the television to turn back on. We did quite a bit of research, and it didn’t seem worth fixing.

Besides, we had been discussing replacing the television sometime soon.

More research. This time on a new television.  It became quite clear, quite quickly, that there was only one model we should get (LG OLED – not for everyone, but clearly the one for us). We did some research on the correct size for our space. I thought it should be the 55 inch. Thaddeus thought we could get away with the 48 inch. Costco offered both.

The question now became, should we order it and have it delivered, or go to the warehouse to pick one up? Wait a week for delivery or get one today.

That’s where precise measurement came into the picture. Trunk space, the pass-through width into the back seat, the side-to-side width and the height of the area behind the front seats. Taking into consideration the angle the door opened, the “hump” and the space taken up by the door handles and angling of the door windows. All way beyond my pay grade. But Thaddeus was all over it.  He was certain we could get the 48 inch in my car. He thought we might be able to get the 55 inch boxed television in as well.

Off to Costco we went. My happy place. And they didn’t disappoint. They were out of the 48 inch, so we went with the 55 inch. I brought a back-up plan of renting a truck at Home Depot to get it home if it didn’t fit in my car. 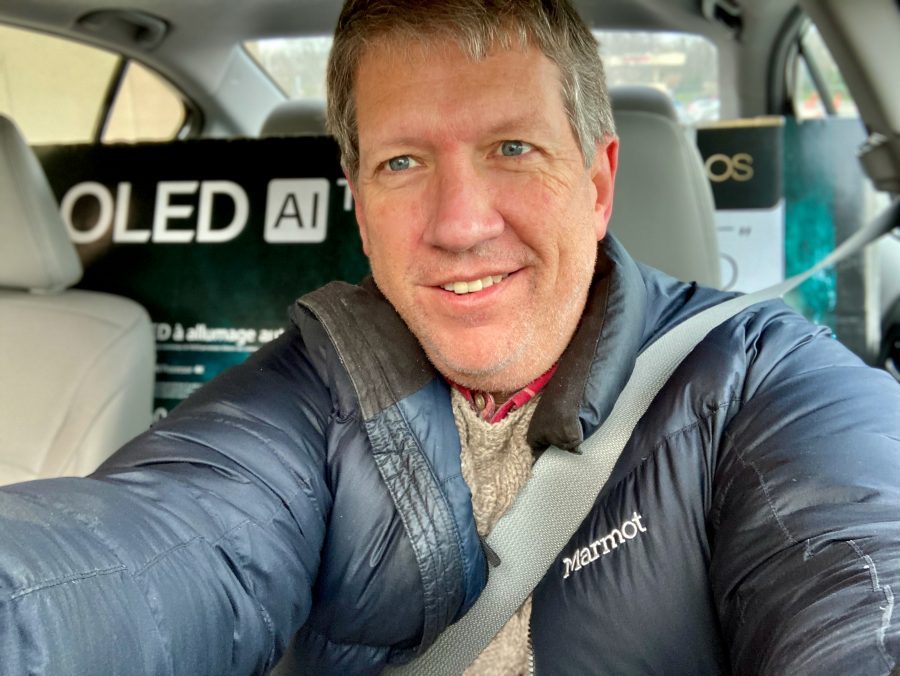 It’s hard to tell, but the box is literally up against both windows in the back seat. Maneuvering the box into the car was tricky too. Literally, not a millimeter to spare. But a few hours later. 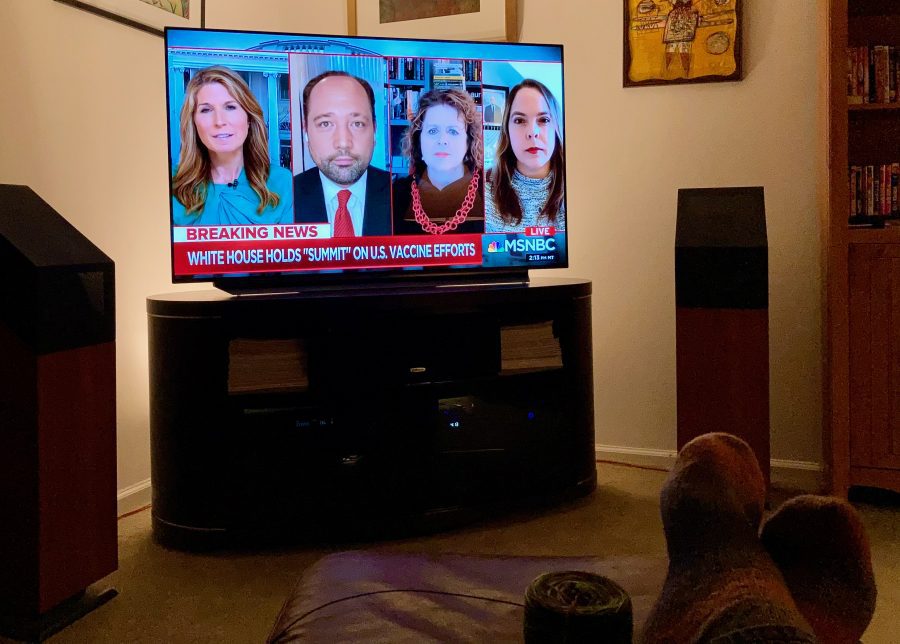 It’s a better television picture. The new one is bigger than the previous one. There’s a lot more functionality on this one as well (which mostly, we don’t need).  We’re quite happy.

Progress proceeds apace on my latest scarf project. The Seven Up Scarf using DELISH yarn by Decadent Fibers. Despite the demands of Finn. 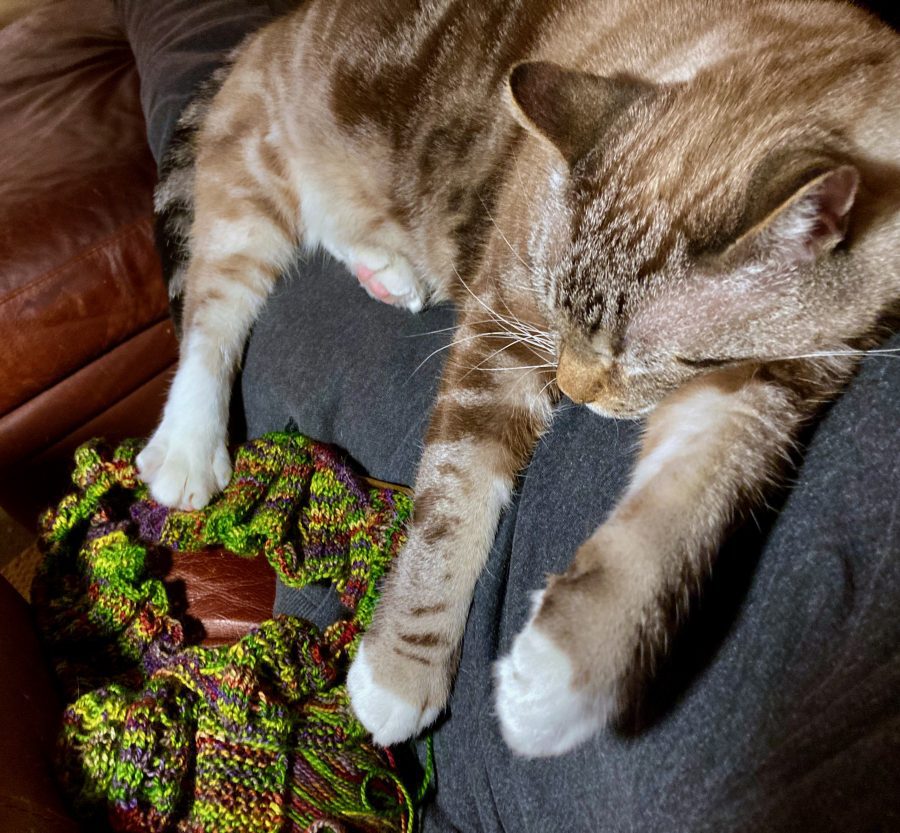 Finn does demand I put down my knitting sometimes. But I still made some progress. 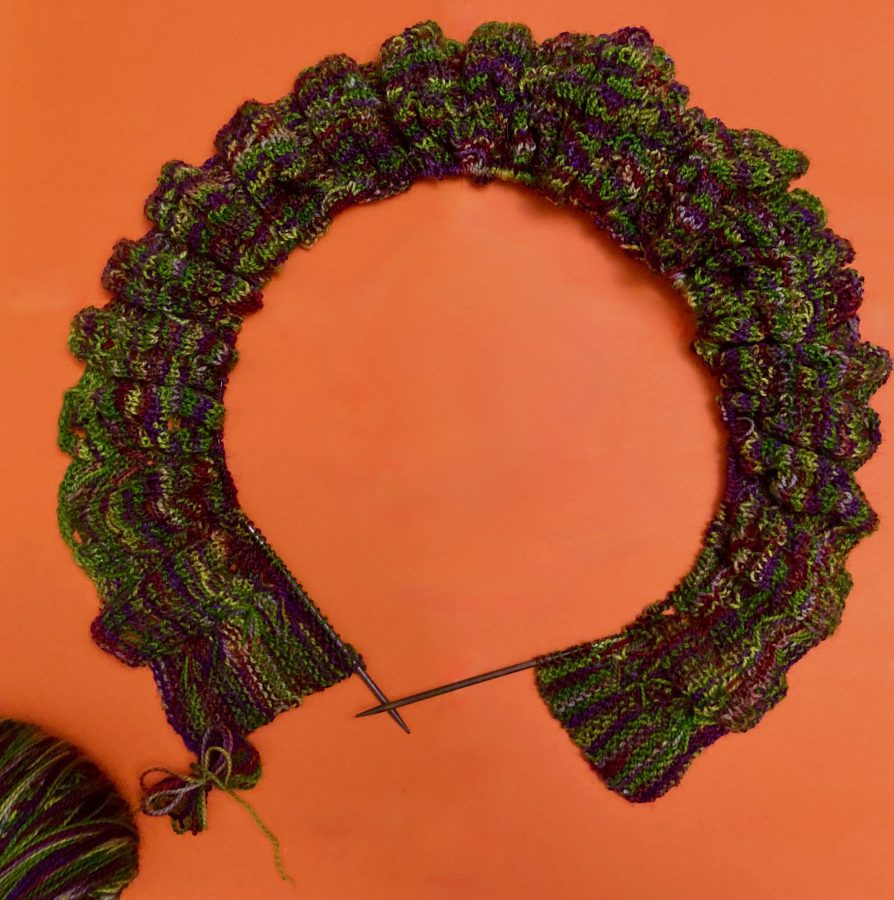 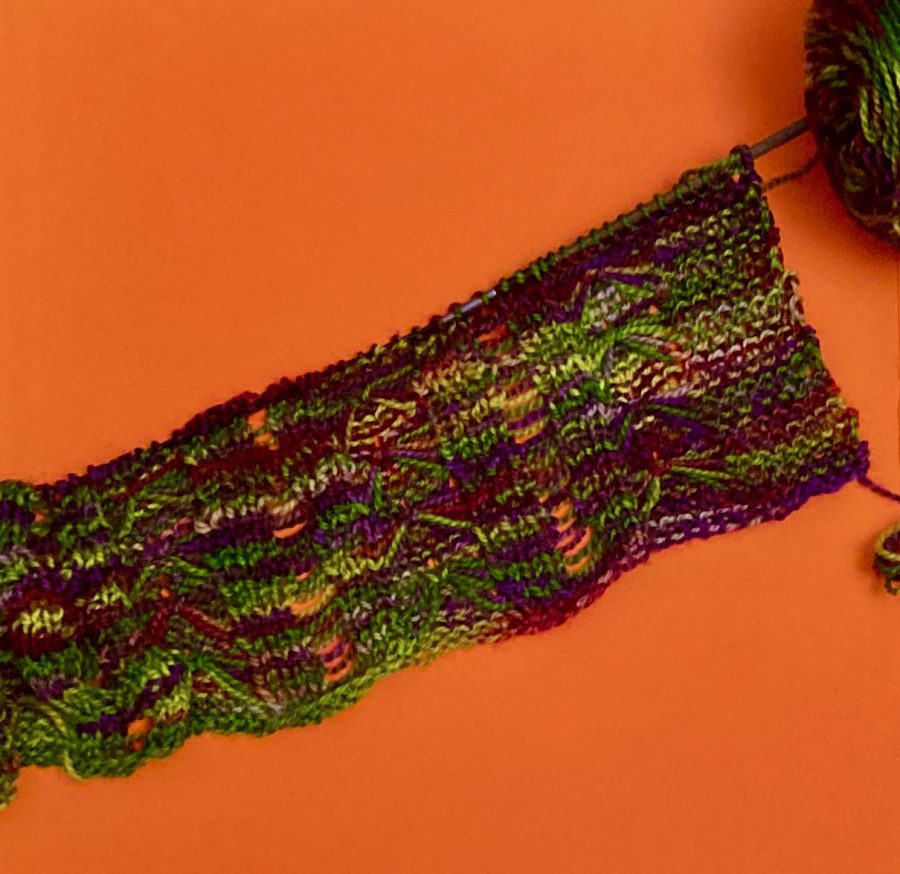 I finished 4 of the 7 repeats. The colors of this beautiful yarn are melding beautifully, and I’m quite pleased with the result. I’m glad the details of this project aren’t as exacting as fitting a television into my car. It makes for a much nice time when I can be less precise.