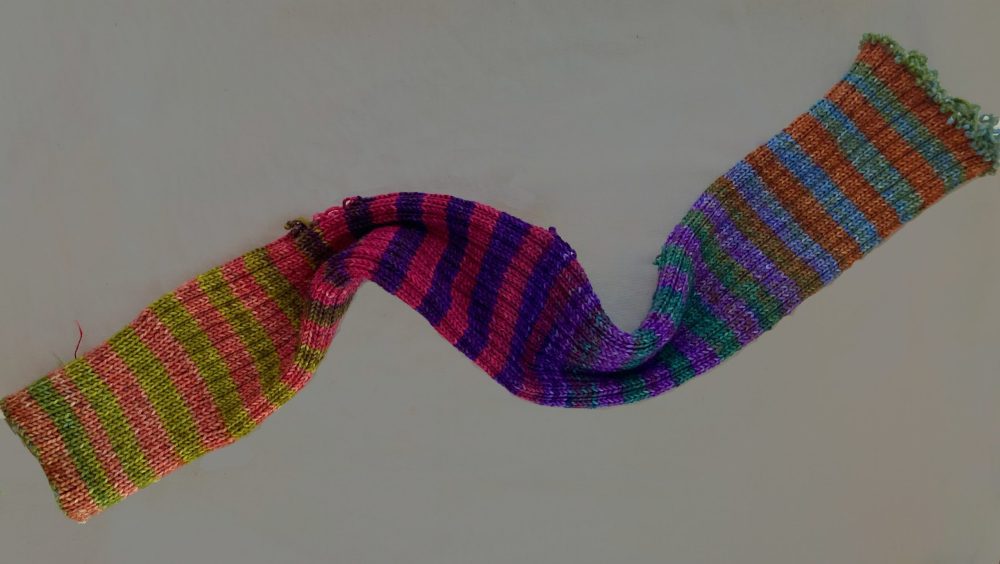 When it comes to color combinations, it’s a preference. An my preference is unusual combinations of colors that work well together.

If It’s A Preference, What’s Yours?

When I first started knitting, there were two big names in knitwear design. Kaffe Fassett and Alice Starmore. At least both were really popular in my local yarn store. And both of them were known for their colorwork.

I was immediately drawn to Kaffe’s sense of colorwork.  Don’t get me wrong, there were a few times where I thought Alice Starmore knocked it out of the park. But Kaffe did it for me a lot more times. In fact, I think the ratio of really appealing color designs to not was about 8:2 for Kaffe and the opposite, 2:8 for Alice.  At least in my opinion.

And to be fair, when I try to mix my own colorways, my success rate is less than Alice’s.

I’ve been combining colors for a long time in my knitting. And my most successful ventures are usually when I let others do my work for me.

I first starting mixing two colorways of Koigu.  Their yarns are so beautiful.

Then I became enamored with Noro. Their yarns took “interesting” combinations to a new level. 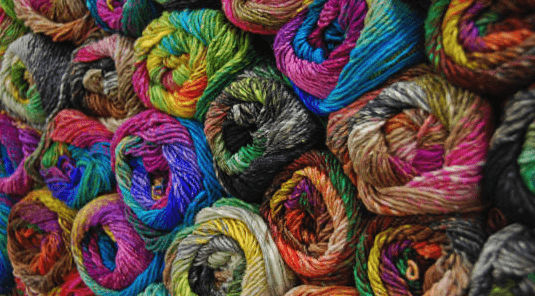 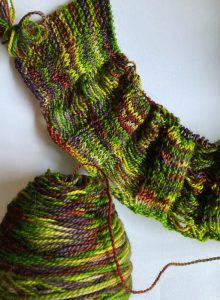 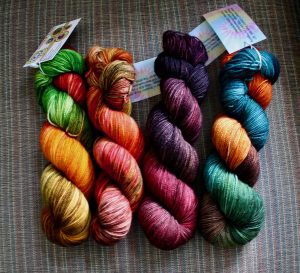 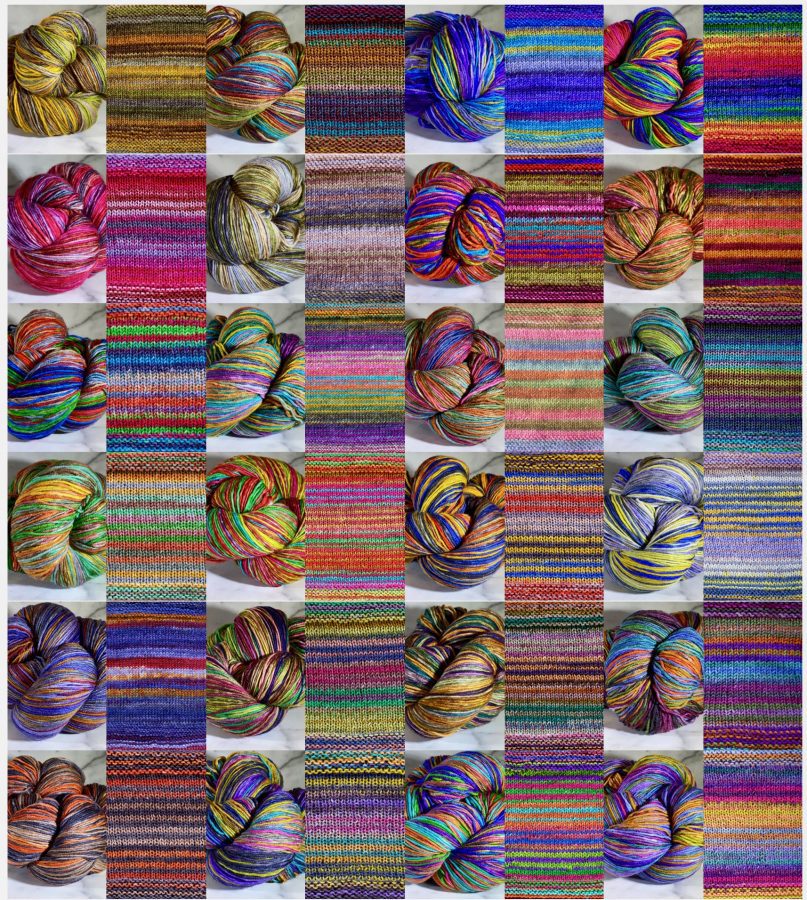 One of the things I love about their Uneek line, is how they have two progressions of striping in their yarns. By itself, it makes for an amazing excitement of colors. 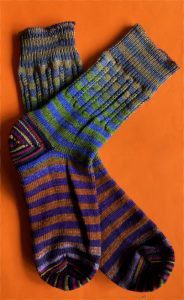 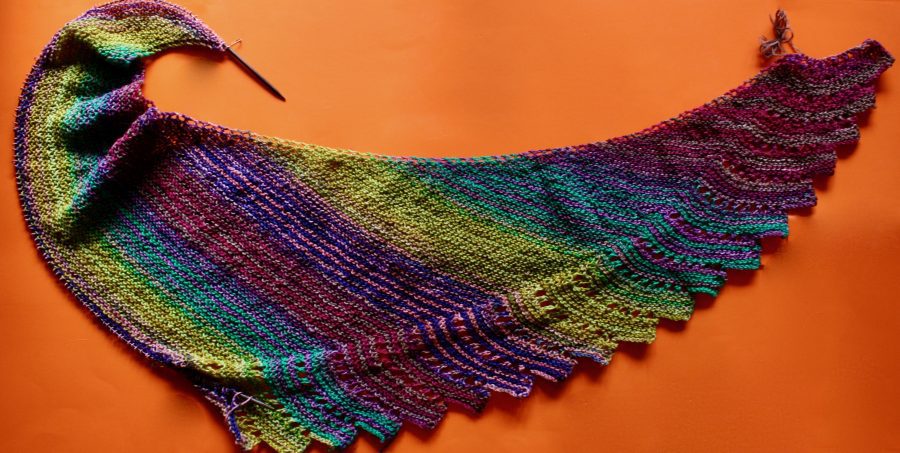 And mixed with each other, the heights of color excitement blow up for me (in a good way)! 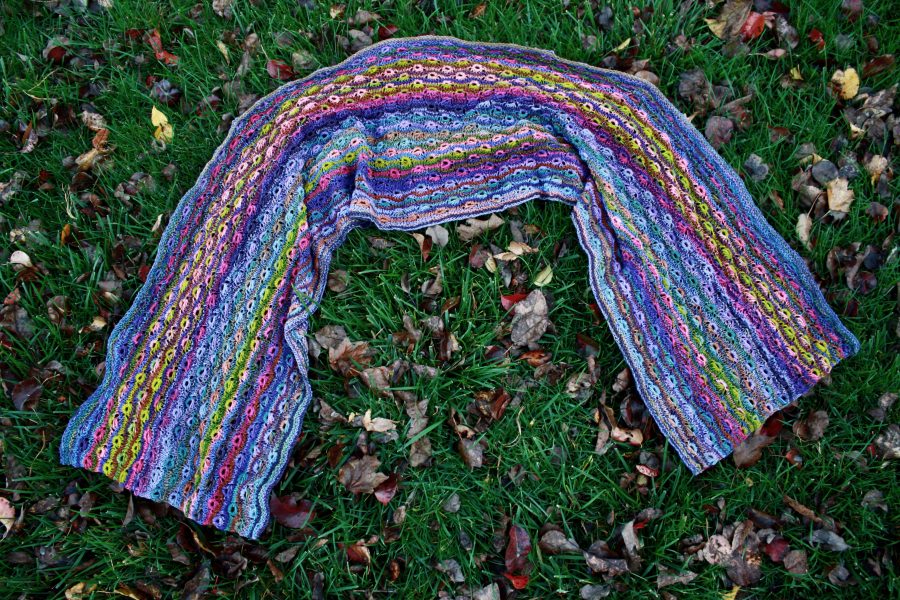 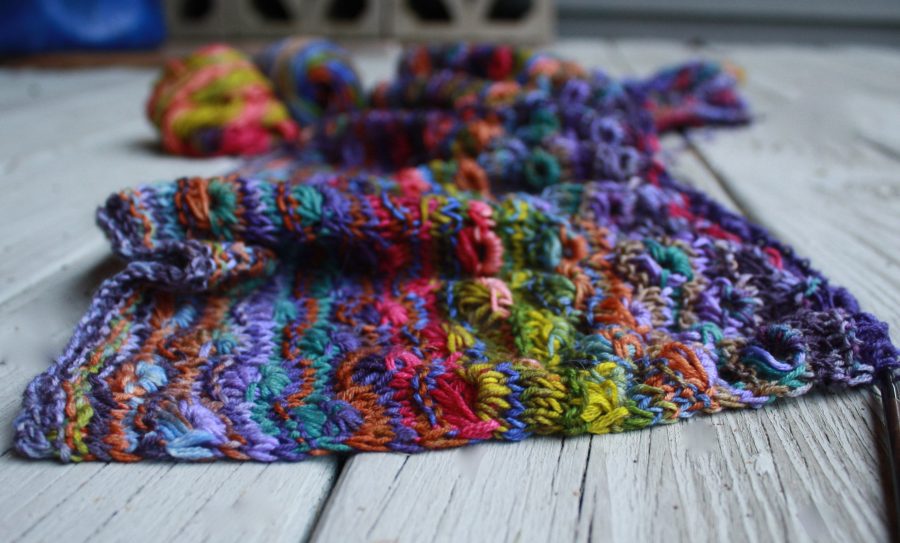 Just writing this blog entry today has made me happy. Seeing a cacophony of of colors explode on my blog page brings me great joy.

And that is my preference. 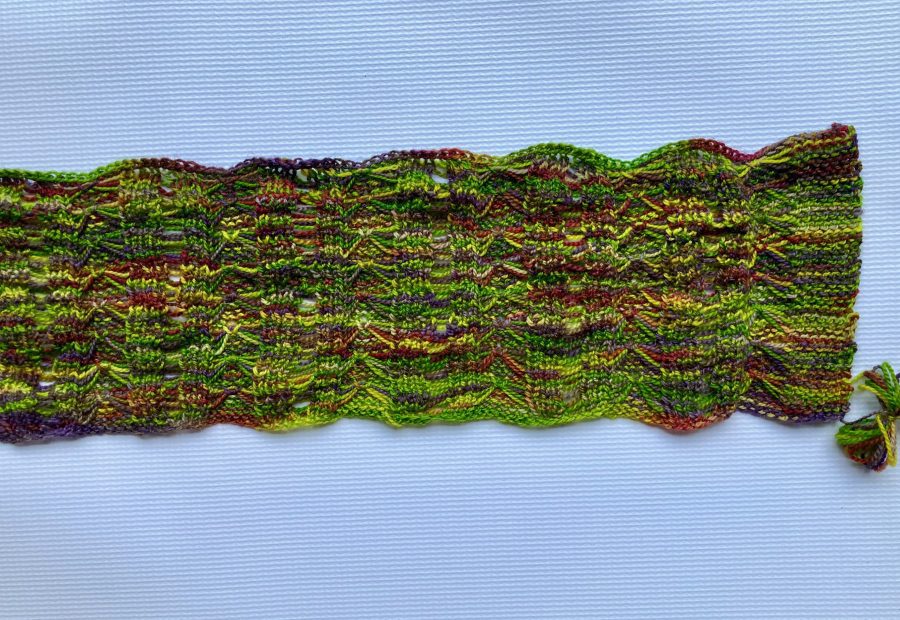 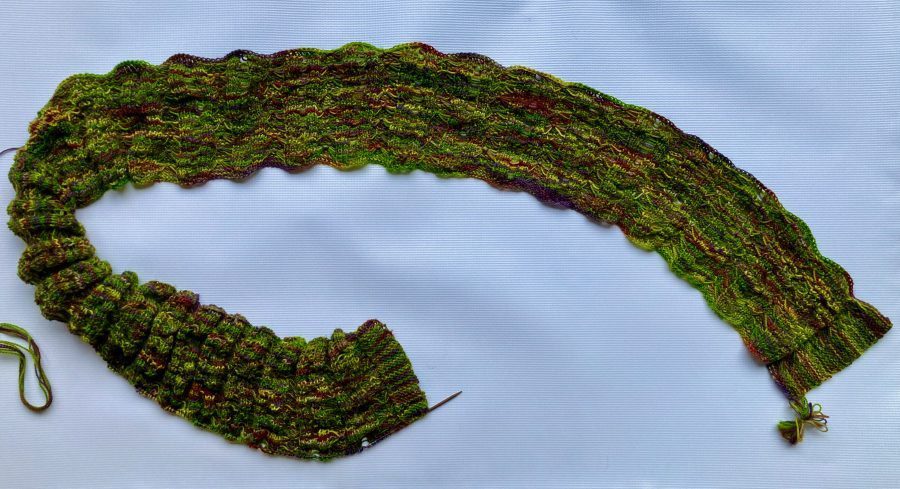 I didn’t quite finish binding off the scarf in time for the blog entry. But it was looking so good, I wanted to show it off as a WIP just one more time. I did some light blocking on the portion where it was already bound off, but it will look even better once it’s been fully blocked.

Important Update/Pattern Sale: I will be doing an overhaul to the formatting of the Seven Up Scarf pattern on my Ravelry page. If you would like to get this pattern for 50% off, there is a sale on it now until Sunday (no coupon code required).

Sometime next week, I’ll update a revised version of the pattern, and you’ll be notified automatically.

2 comments on “It’s A Preference”