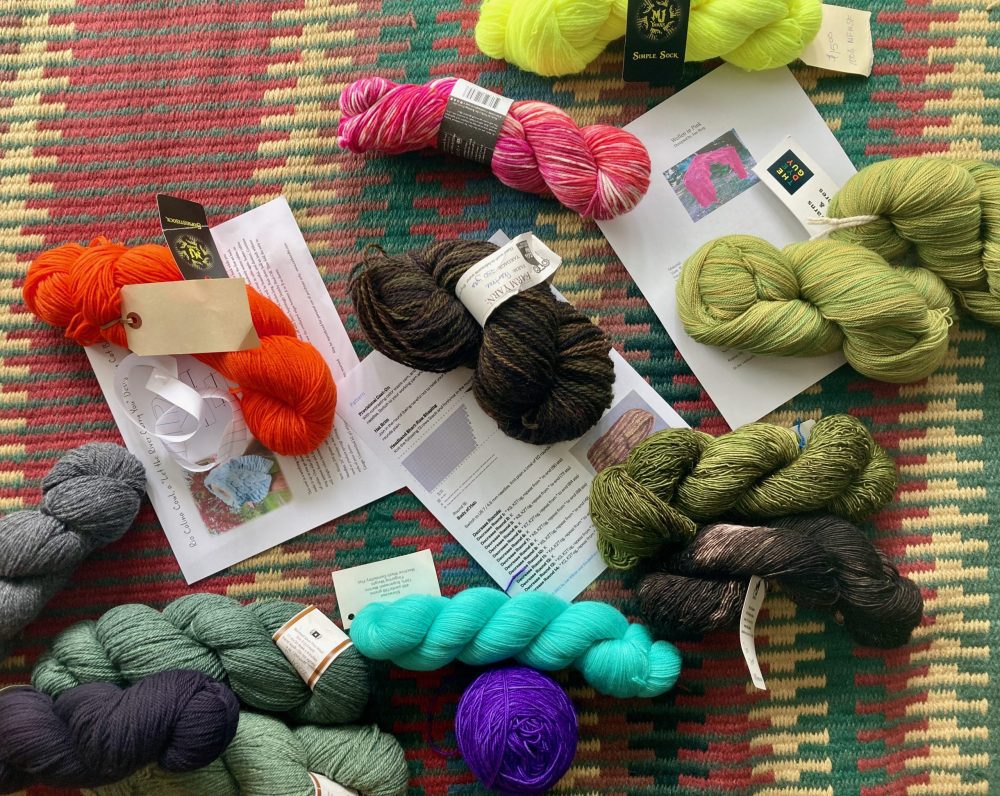 A Backlog of New Projects

Focus on Finishing Fridays in February doesn’t seem to have worked. Now I just have a backlog of new projects that I will cast on and create more WsIP.

Is It Bad to Have a Backlog of New Projects?

Overall, I seem to be most efficient with my knitting when I have two active projects. One for upstairs. And one for downstairs. And I count at least FIVE new projects that have been milling round in my brain for the last few weeks.

I guess it’s a good problem to have.  Too many ideas.

But then again, I seem to have little tolerance for NOT casting on a new idea immediately.

So, now finishing four projects, I have four more. Yes, four. And that doesn’t count the monster cardigan that needs to be ripped out.

Some of them, I will probably finish by February. But I’m not sure if I can finish them all.

And hopefully the log-jam of design ideas or inspiring patterns won’t build up again whilst I finish these five. Although I didn’t even cast on one of the design ideas.

Overall, I’m quite happy with all of my new projects. Starting them really does feel like a release.

So, how’s your Focus On Finishing February going?

I am hoping to build up an inventory of fingerless gloves to sell at craft shows (or on my virtual craft show web site). 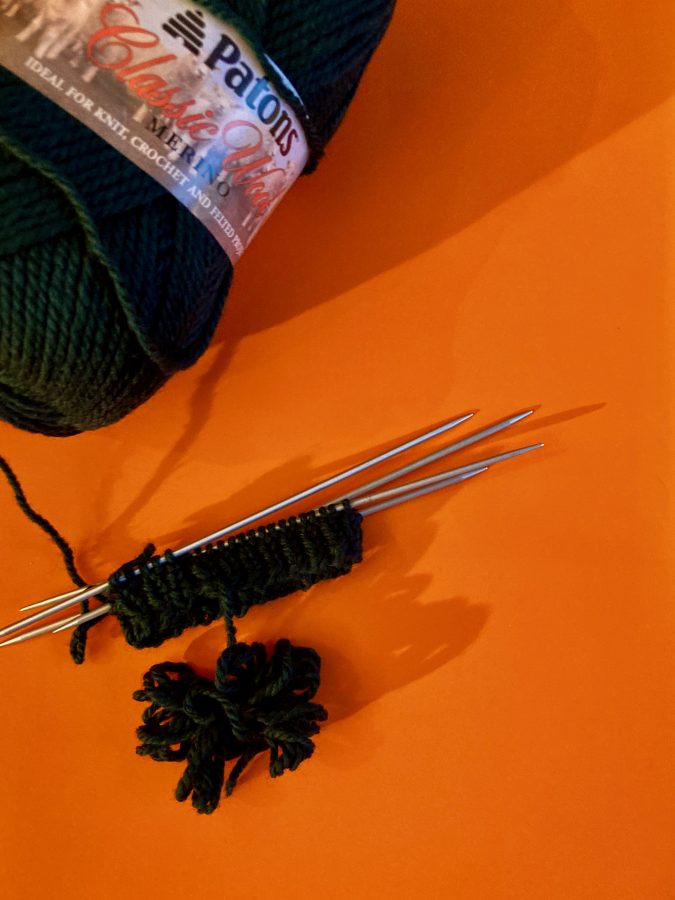 This is a new design idea. A headband or full cap that covers the ears and back of the neck. 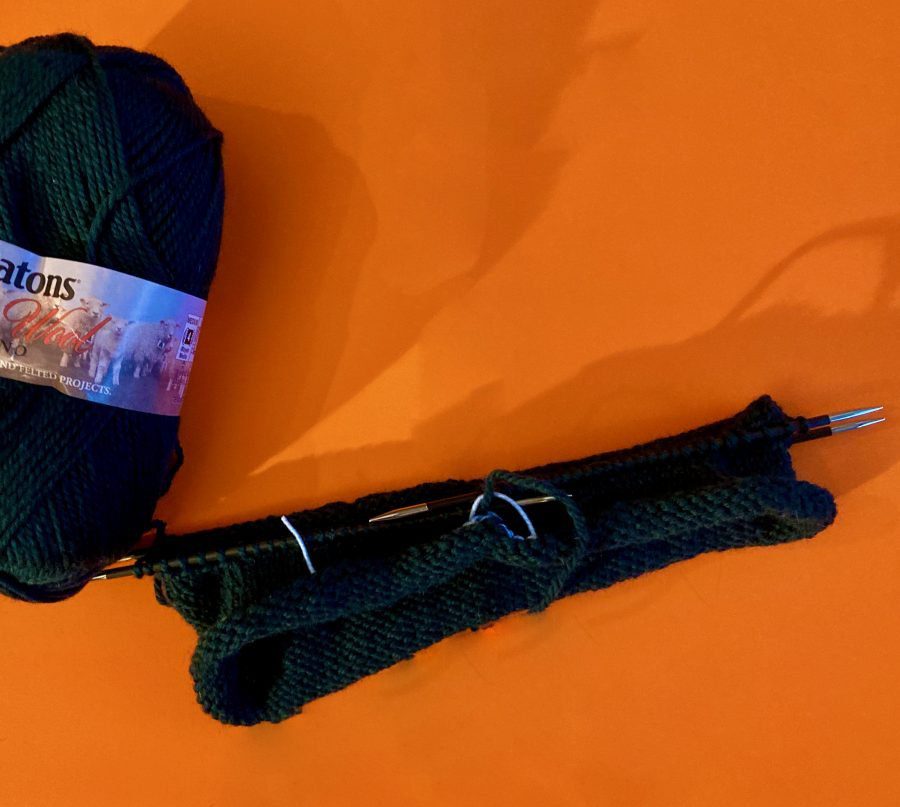 Here’s a prototype of the headband. 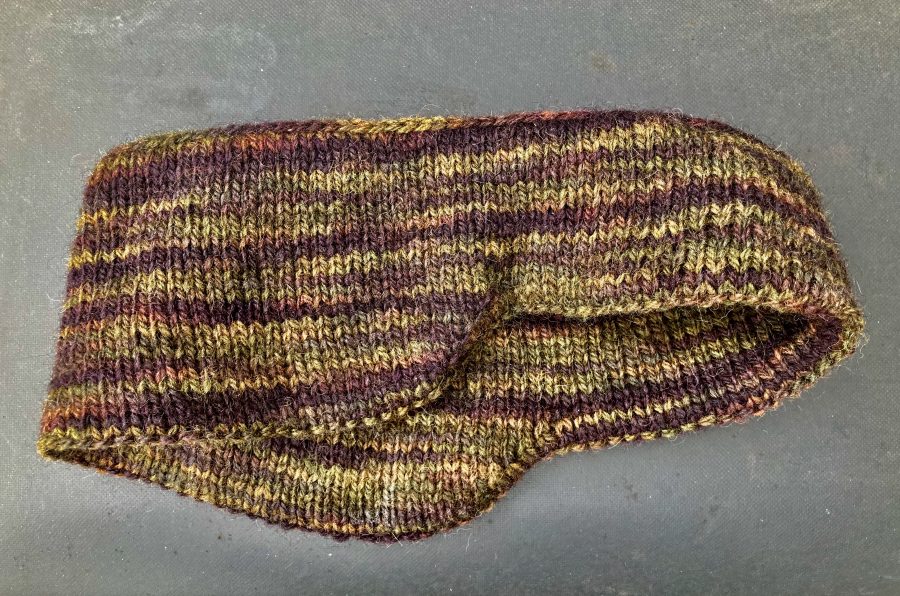 It requires a bit of tweaking but it’s a really nice garment.

This is a test-knit for up-and-coming designer Michael Green. 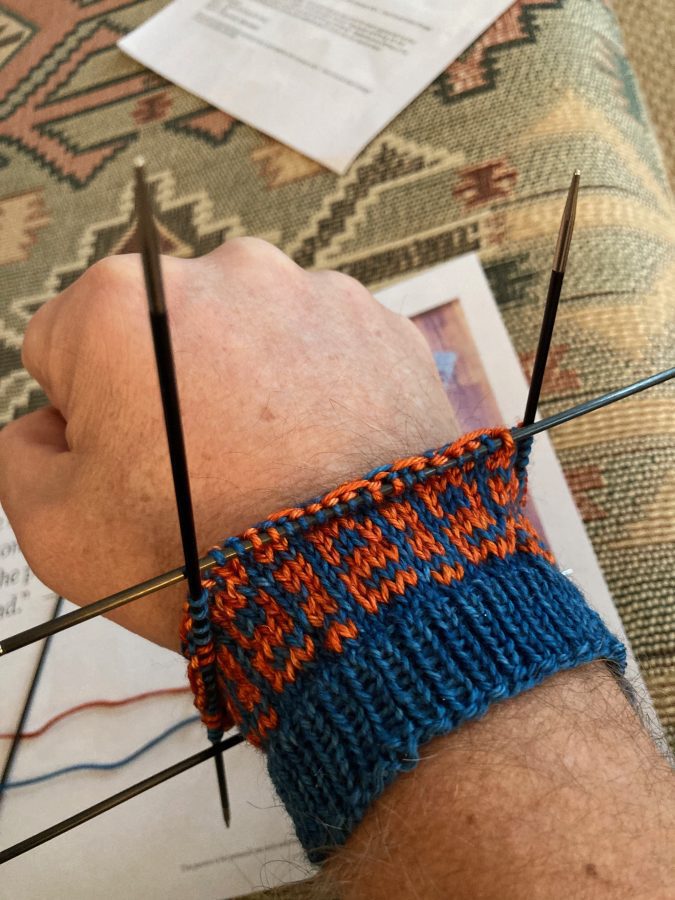 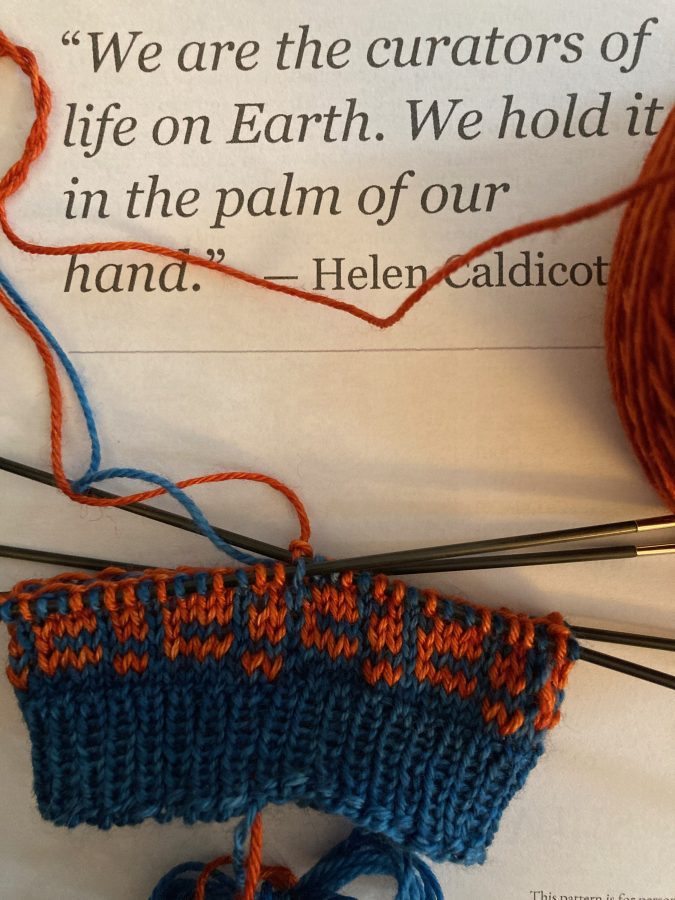 Wellen in Pink is a beautiful lace scarf design that someone taunted me with on my Zoom meetup. 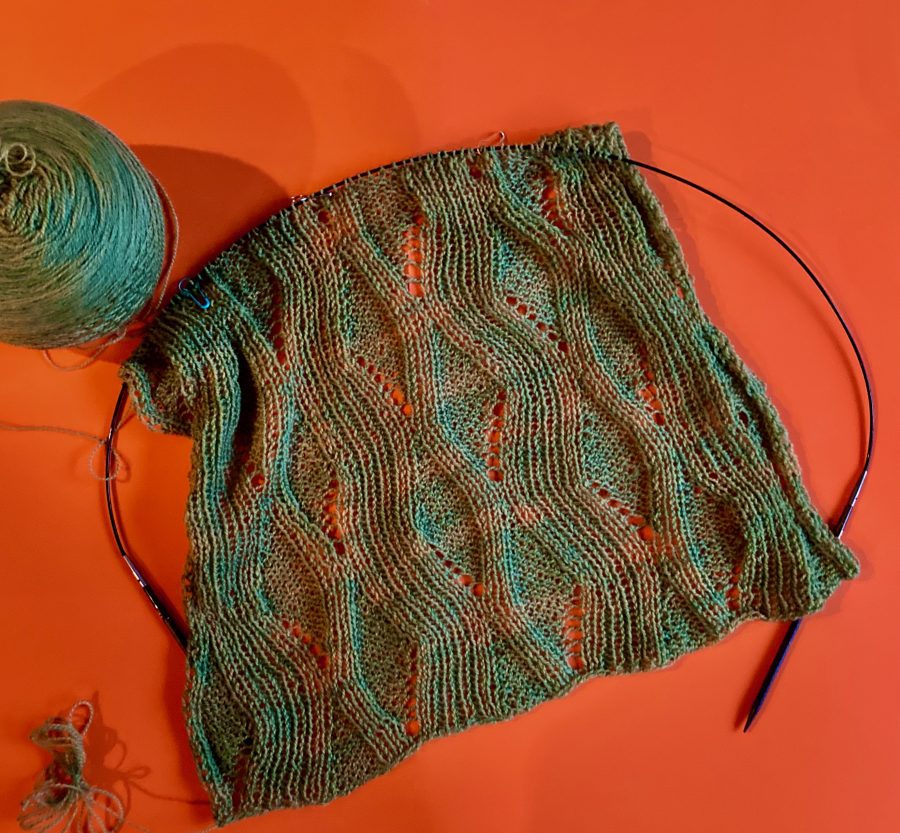 This pattern by Sue Berg is translated from German. It’s a bit vague in some ways. But I’m enjoying the knit.

2 comments on “A Backlog of New Projects”