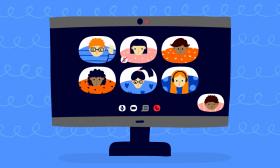 It’s hard to imagine that I’ve been hosting a guy’s fiber zoom meetup every day since March of last year. But there have been many benefits to Zoom meetups.

There are some downsides to Zoom meetups. And perhaps I’ll come up with a top-five list of disadvantages some day. But for the most part, these meetings have been a life-saver during times of not going out in public except when necessary.

More focus on one project than the other three. But making a lot of progress. 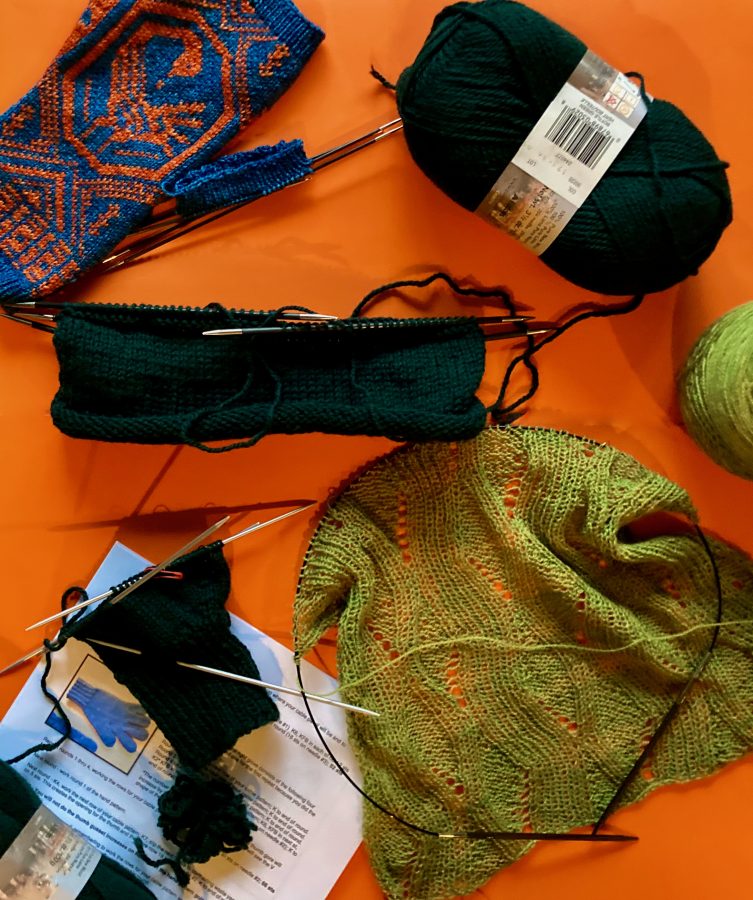 Of the four WsIP, I have made no progress on the Wellen in Green lace shawl. But I have done some work on the other three. The fingerless gloves, I’ve made it past the cuff and onto the hand of the first glove. The Activity Cap, I have made it to the purl/folding row on the hemmed band.

But mostly, I have made progress on the test-knit for the Provenance Mitts. 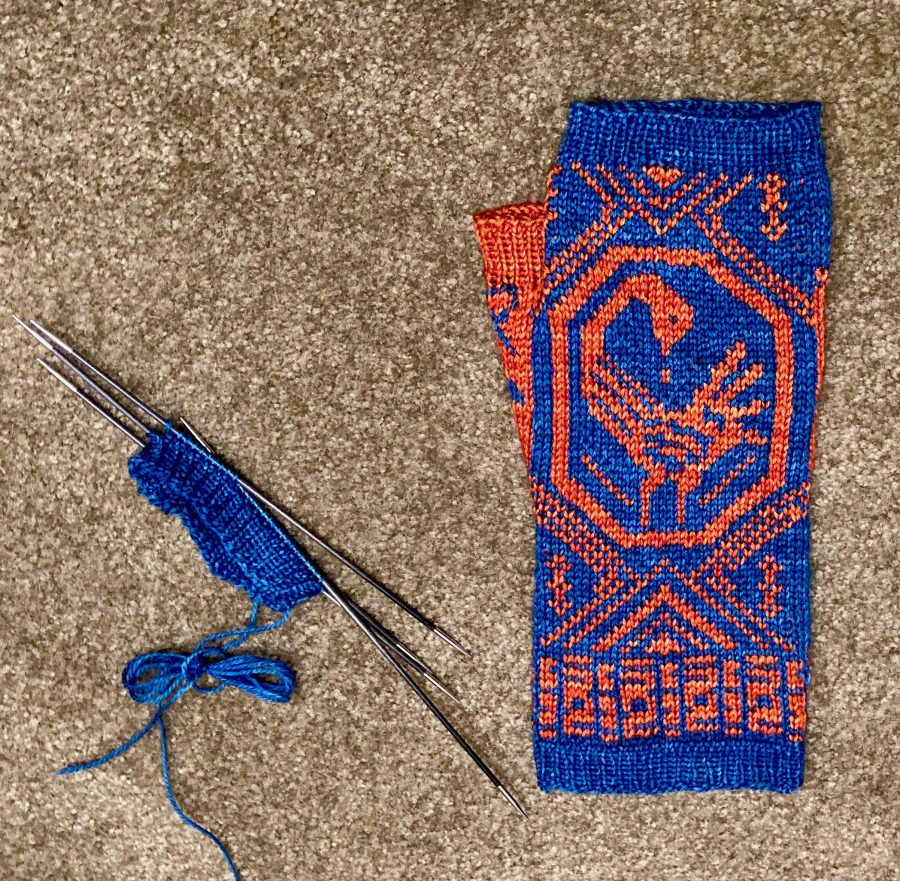 Yes…the first mitt is finished and the second one I’ve finished the initial ribbing. Here are some photos of this great project. 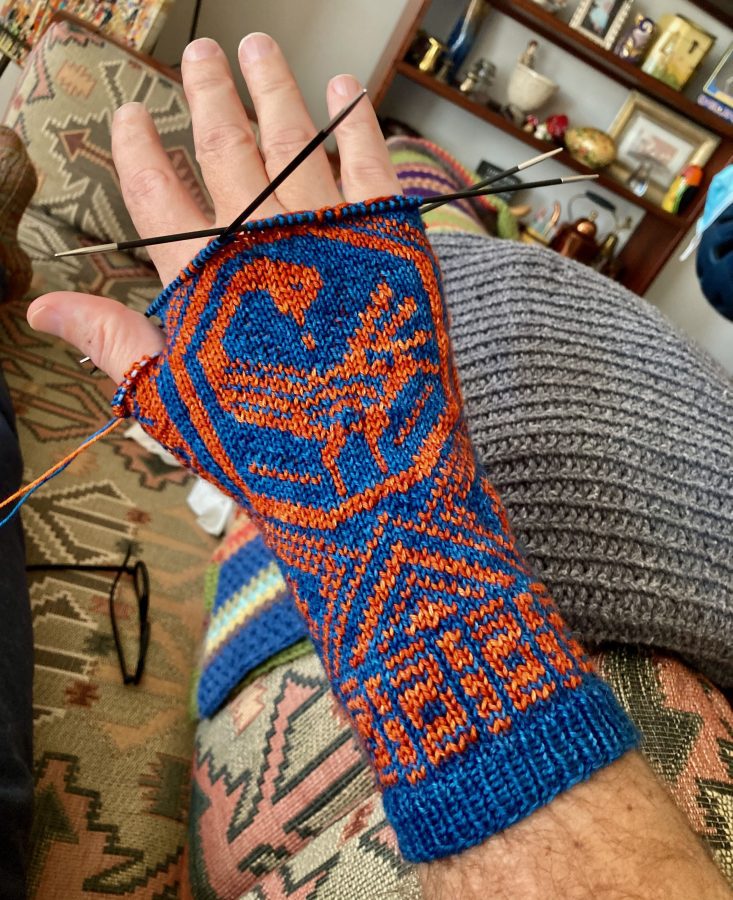 The Sankofa is the main motif of this project and it looks so good in flaming orange. 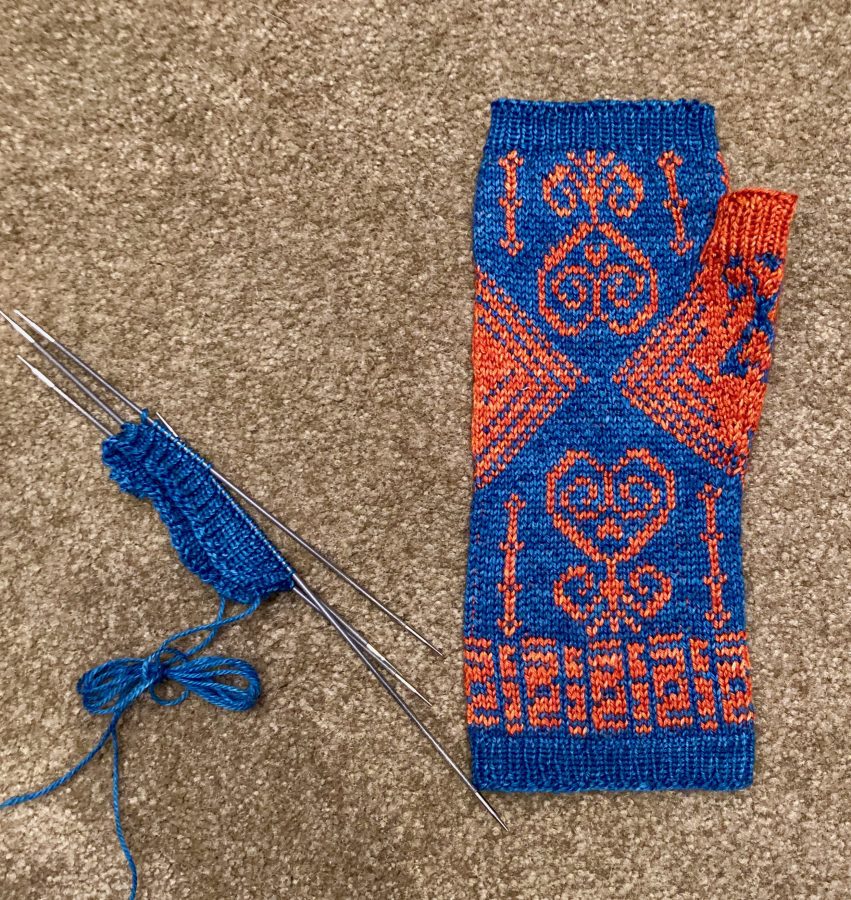 The other side has a completely different motif (mirrored hearts) that I just love.  Even the wrong side of the mitts look great. 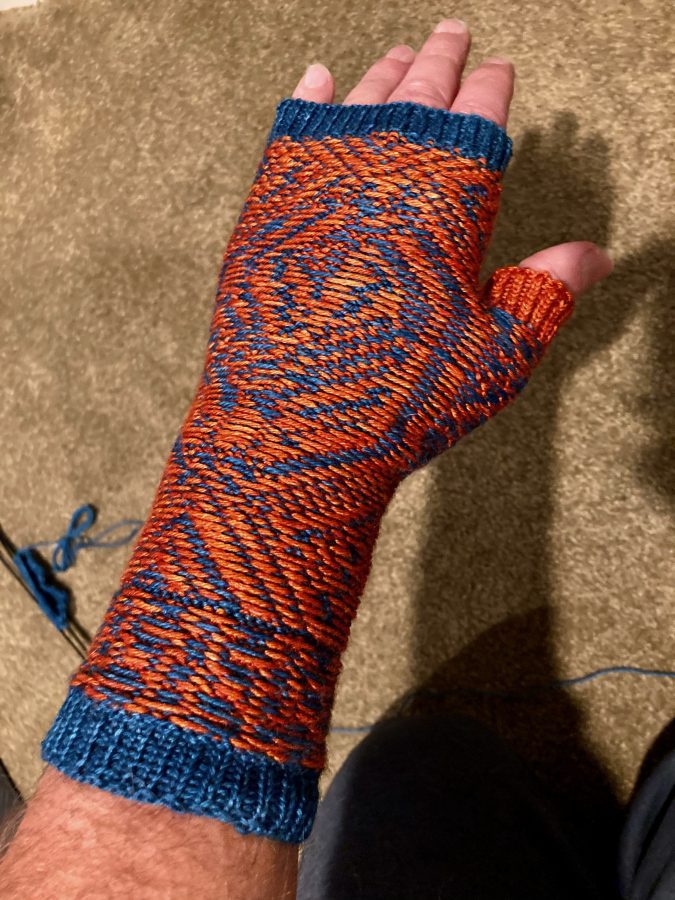 I’m enjoying this test-knit a lot. I have a feeling a lot of folks will be buying this pattern when it gets published. It’s a great design and the resulting mitt is very warm and snug and soft.

5 comments on “Benefits To Zoom Meetups”