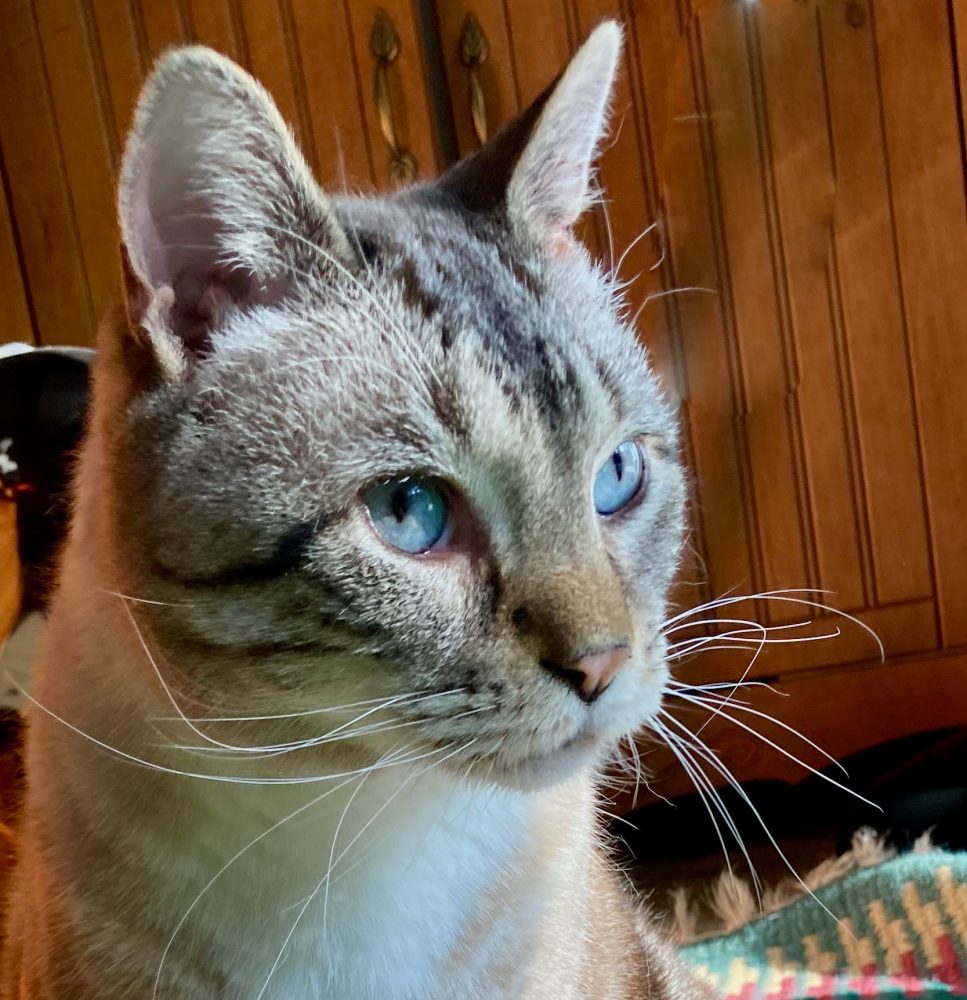 The confluence of people who spin and people who love their pets makes this a potentially explosive topic. Is spinning pet hair gross or a loving tribute?

As someone who loves my pets and who spins, I have thought a lot about this topic. I have only one experience in the past of trying to spin dog hair, and it wasn’t pleasant.

So I tried a small experiment with Finn.  I brushed him with the Furminator deshedding brush (here’s a good conversation about pros and cons of the Furminator, which I won’t weigh into). 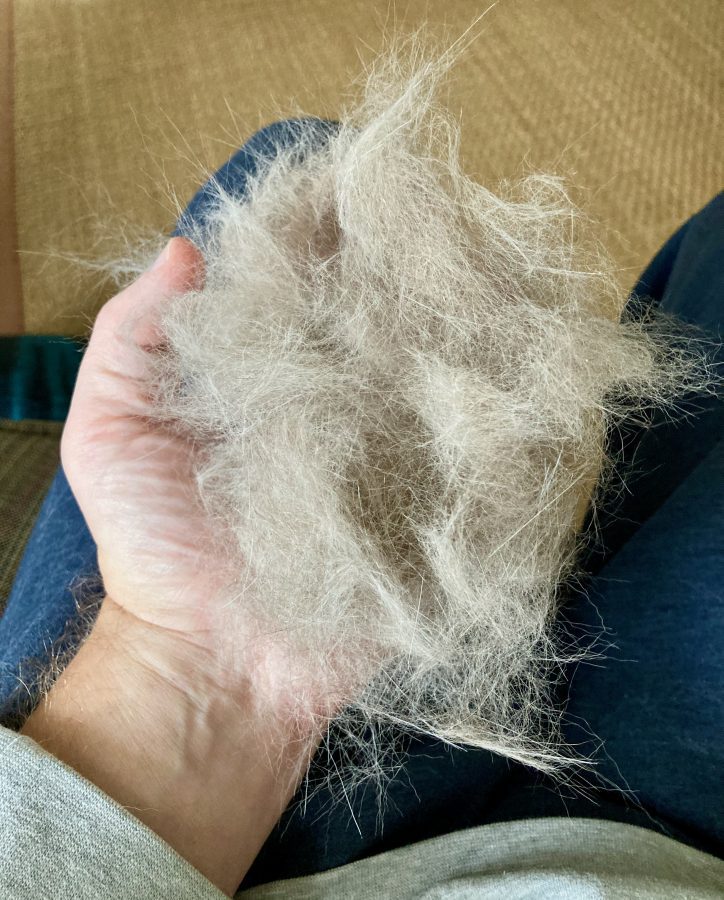 Without any further preparation, I started spinning the “roving.” 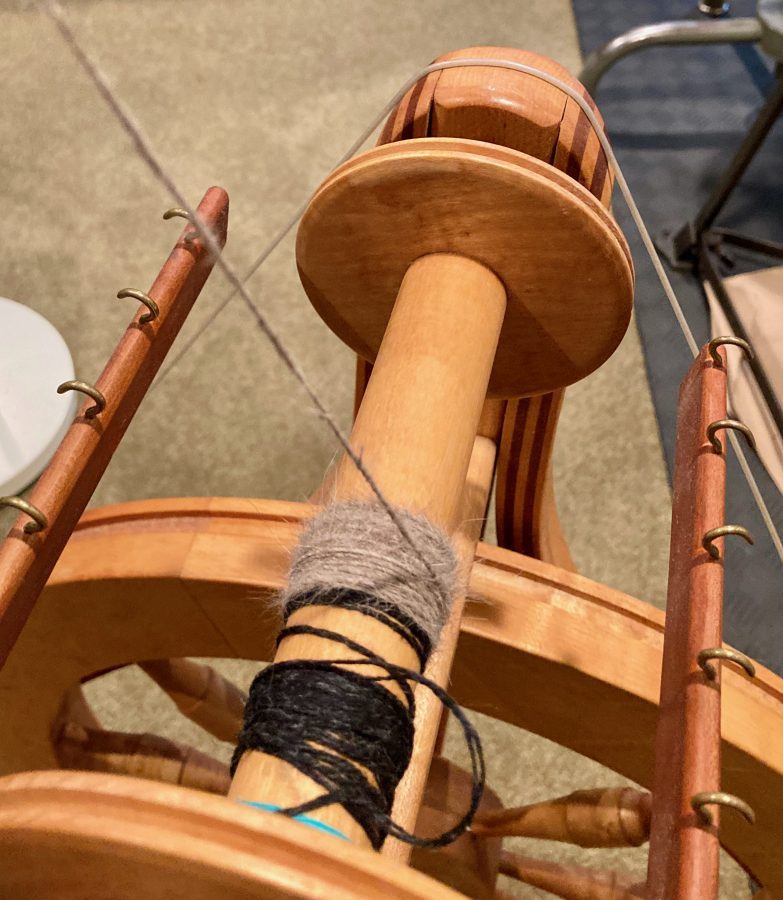 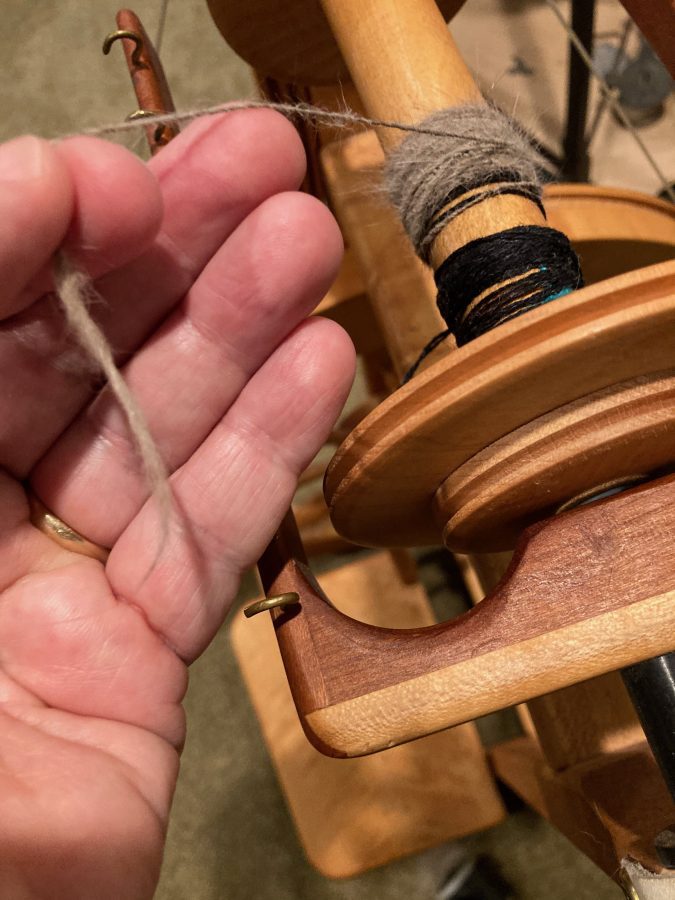 Bland color. Incredibly difficult to spin. Broke incessantly. Had to treadle so slowly, it was the first time I’ve ever preferred a drop spindle to my wheel.

I was only able to get a couple of yards of single spun. But I plied it anyway. 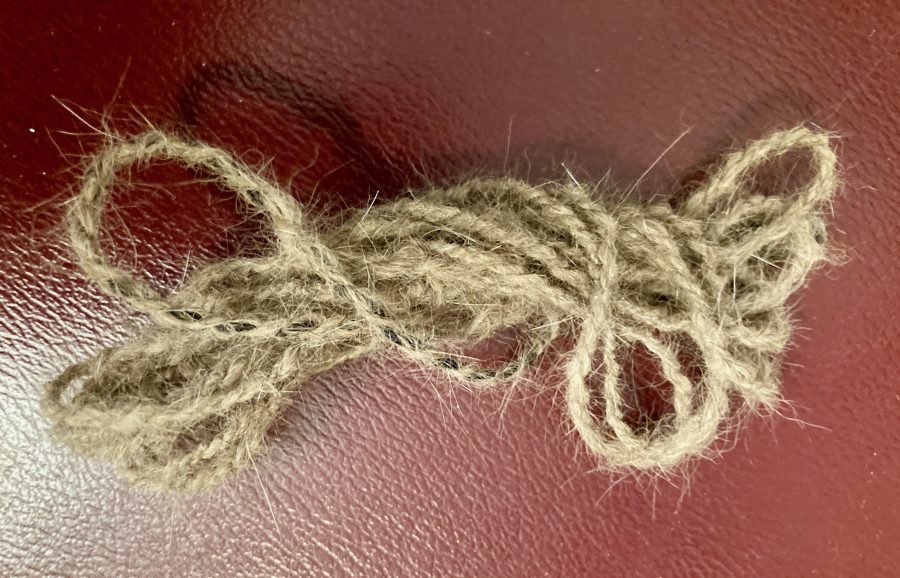 It was relatively soft, despite looking like prickly rope. So I knit it. 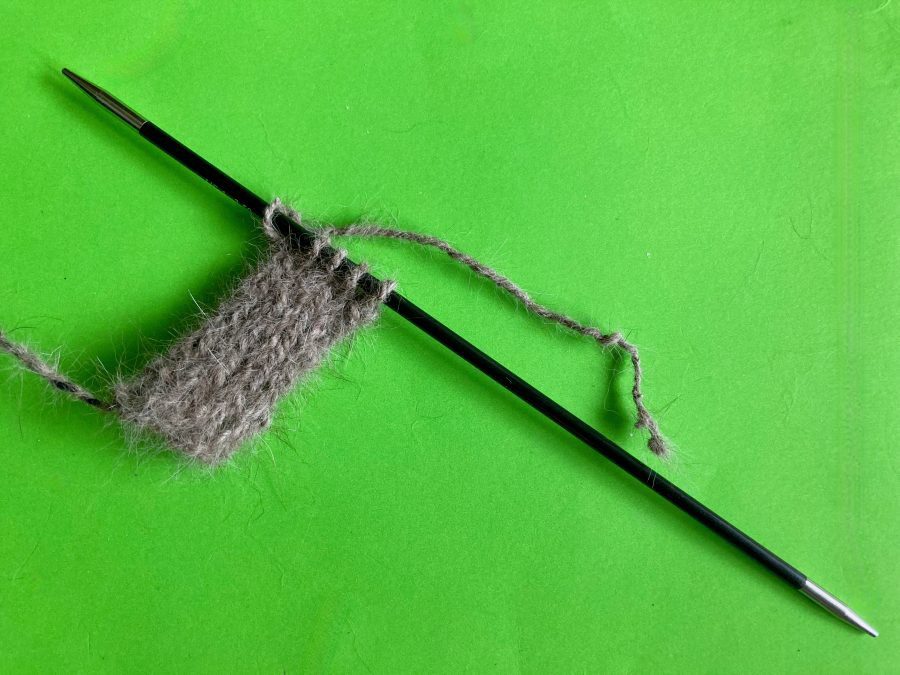 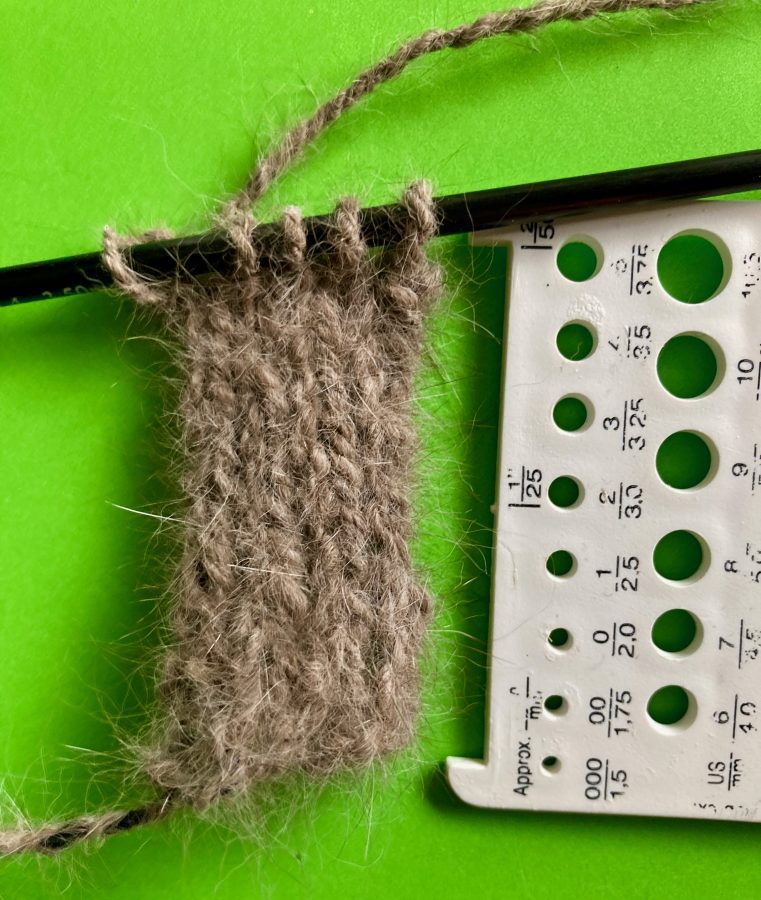 I had to put a lot of twist in the single and in the plying. But not in equal measure. So, it wasn’t a very balanced yarn, so it created a torqued fabric when I knit it.

It looks scratchier than it is. But here are my overall thoughts.

Any other thoughts on this controversial subject?

Despite this crazy effort at spinning, I also got some knitting accomplished this weekend. I finished another Activities Cap. 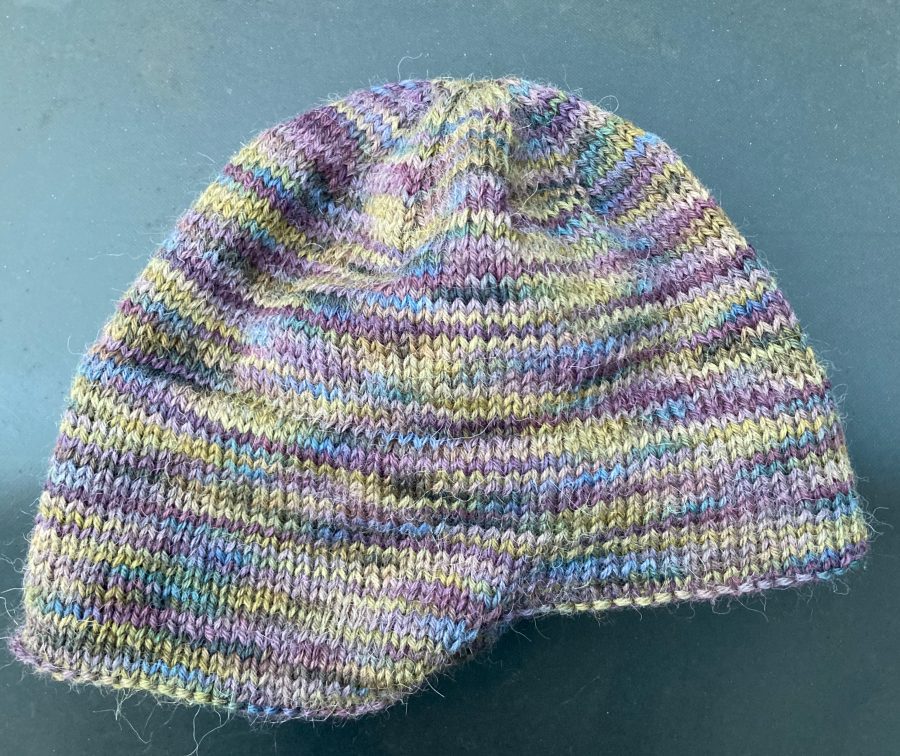 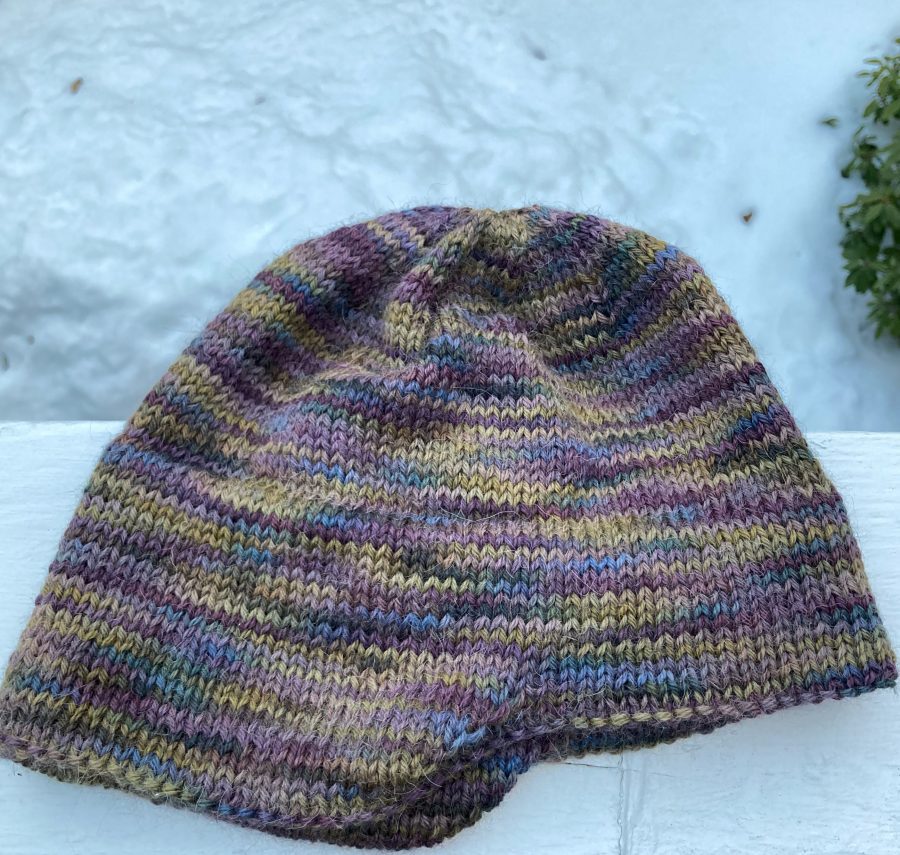 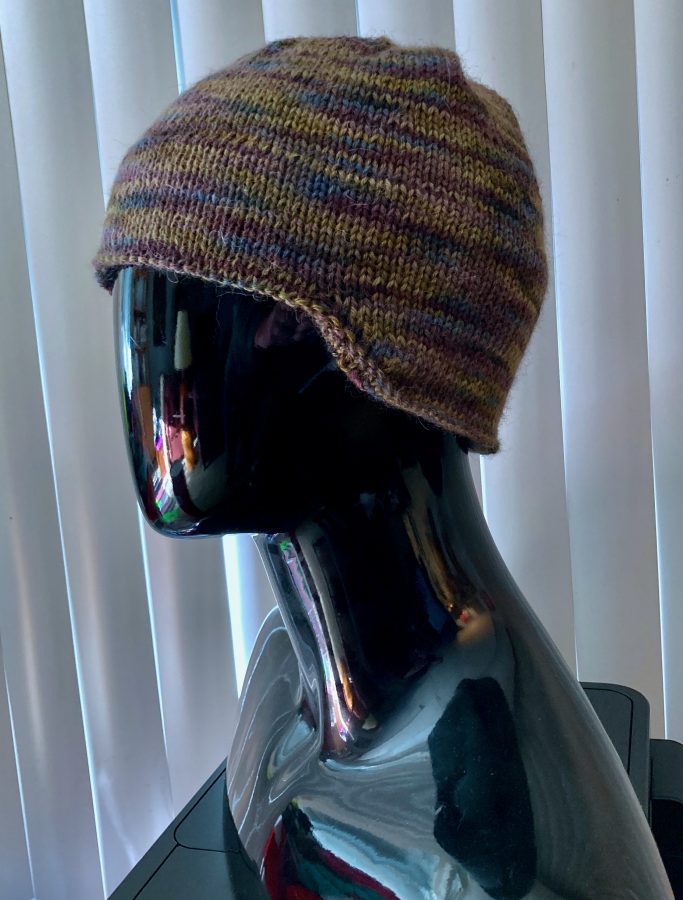 It uses a beautiful and soft  and warm yarn that I have no idea what it is. I think it must have some alpaca in it, but I can’t be sure. 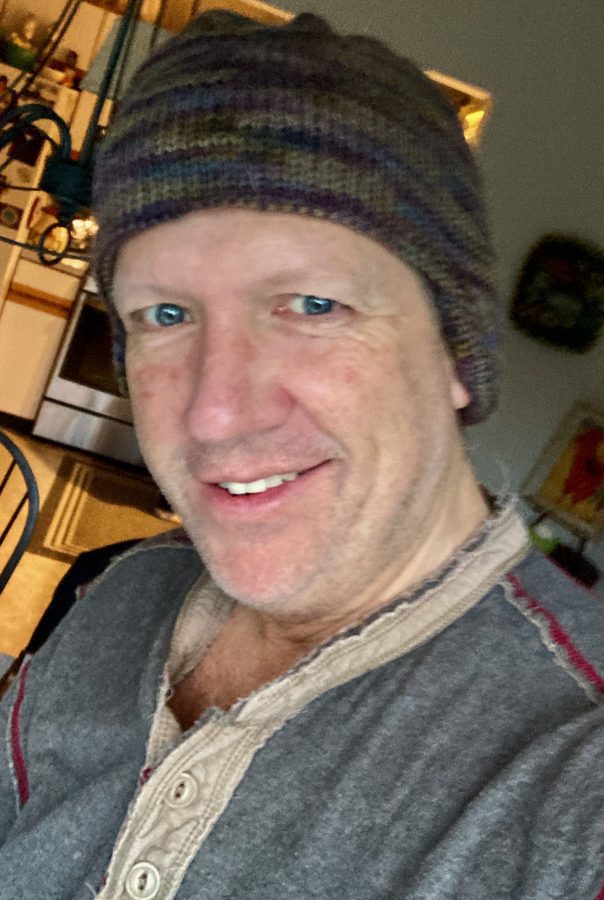 It still makes me look idiotic, but I’d wear it to shovel snow. At 3:00 am when no one would see me. 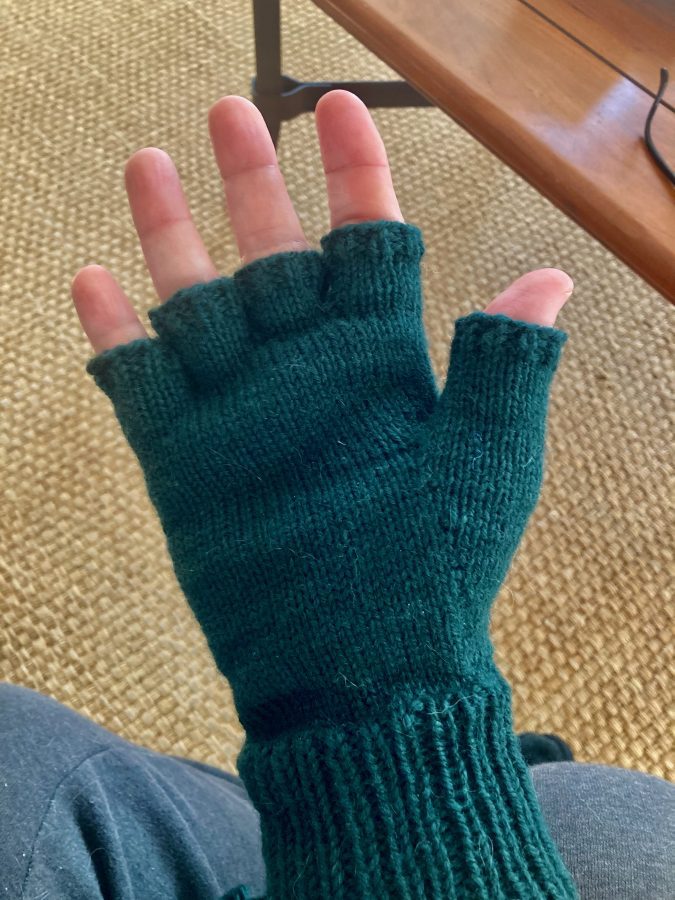 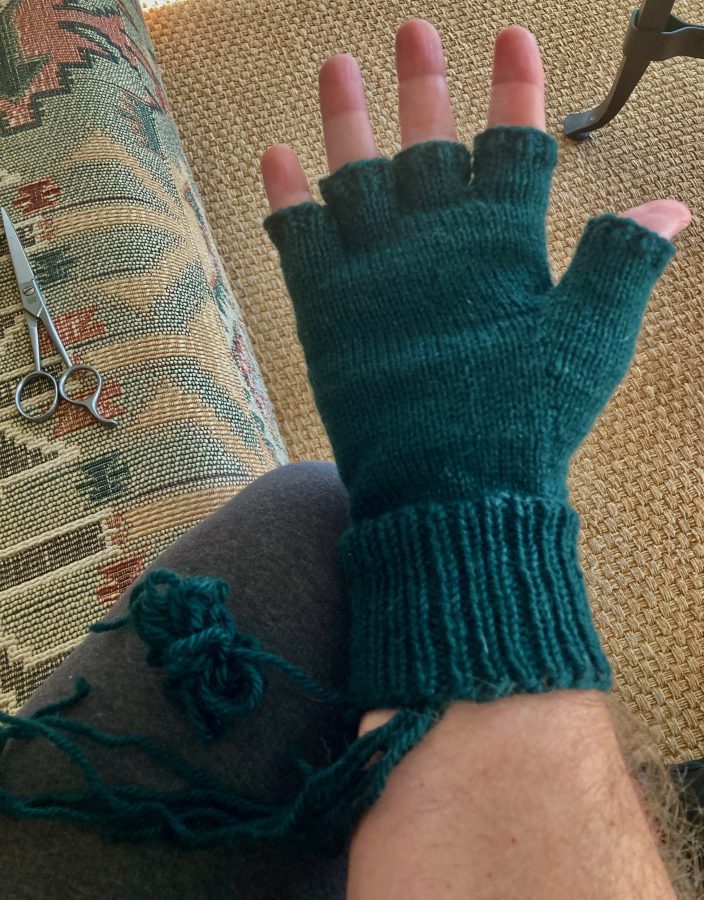 I still have a few ends to weave in. But I have cast on for the second glove and I’ll try to focus on finishing that quickly.

What have you got on the needles/hook/loom/spindle/wheel?