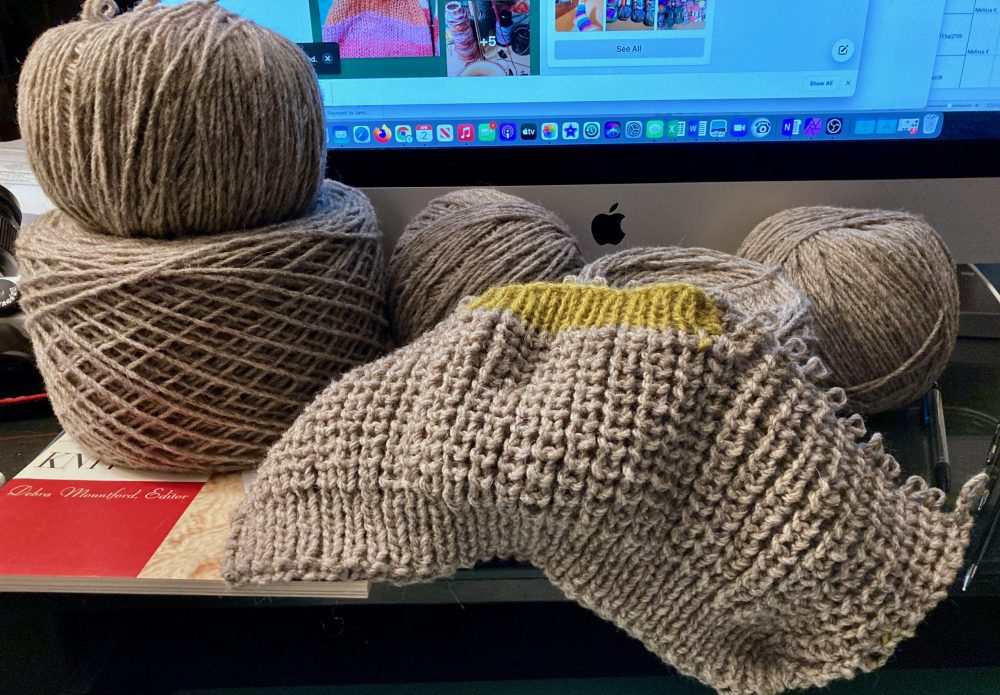 That Is Going To Leave A Mark

This total mess is almost gone. But not forgotten or forgiven. Like other big mistakes, it’s going to leave a mark.

Trauma Is Always Going To Leave A Mark

I finally got around to unraveling a fully completed “sweater.” That word is in quotes, because it could just as easily been called a tent with pockets. 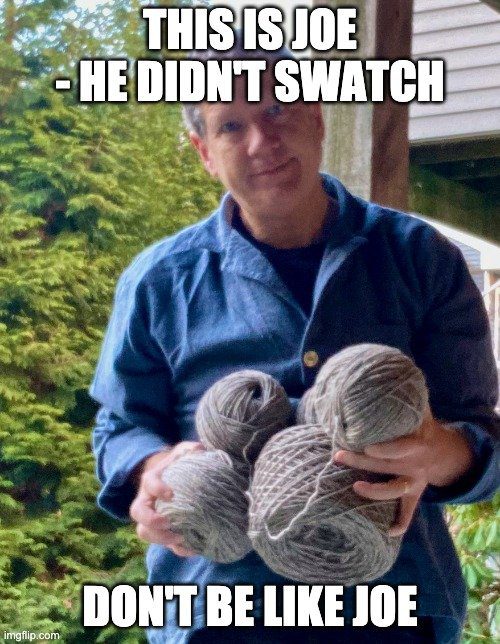 It will be a while before I can forgive myself for being so delusional about a knitting project. There is no excuse. It’s bad enough that I finished all the pieces (back, front, pocket linings, sleeves, button-band, collar) without realizing it was going to be ridiculously large. But I bypassed all that chatter in my head and sewed it all up. And wove in all the ends.

On a more positive note, my talents for sewing up and weaving in ends is extremely advanced.

As I started to try and dismantle this thing, not only did I have difficulty finding my woven in ends. But they were incredibly stubborn in loosening and coming out.

Which sucked for undoing a sweater. There were times I consider putting the entire mess into a wood chipper. But that would have only made a shitty situation worse.

Since unweaving-in-ends, unsewing and unknitting is as much work as any other project, I have made scant progress on my real knitting project. 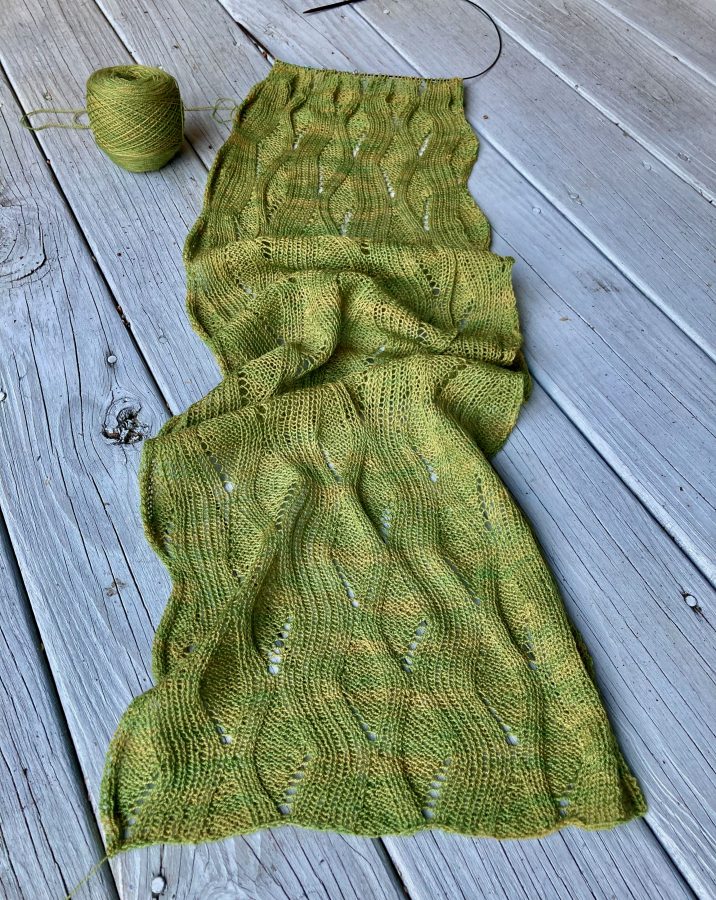 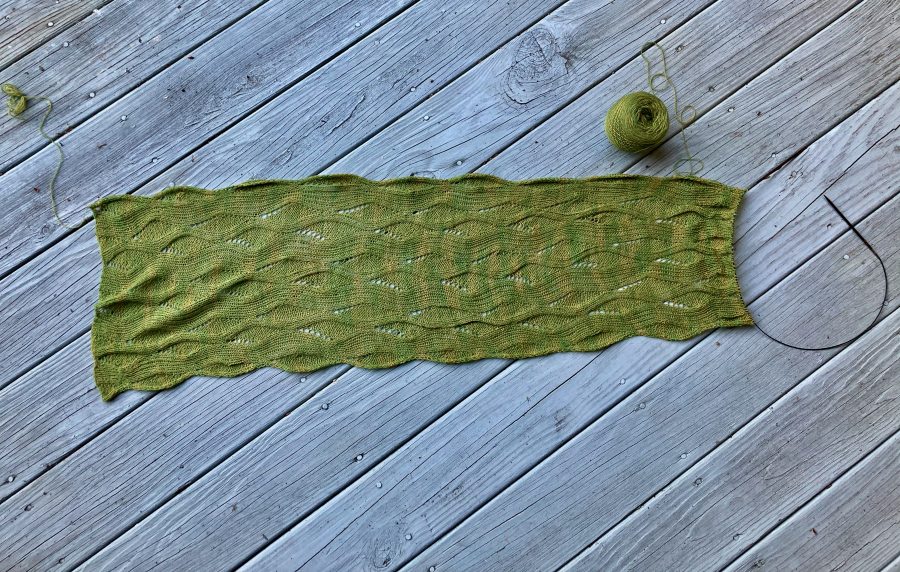 The Wellen In Pink (in green) scarf is about halfway finished. I have decided I will only use the one hank of lace-weight yarn. I won’t go into the second hank even if it’s not as long as I’d hoped.

3 comments on “That Is Going To Leave A Mark”