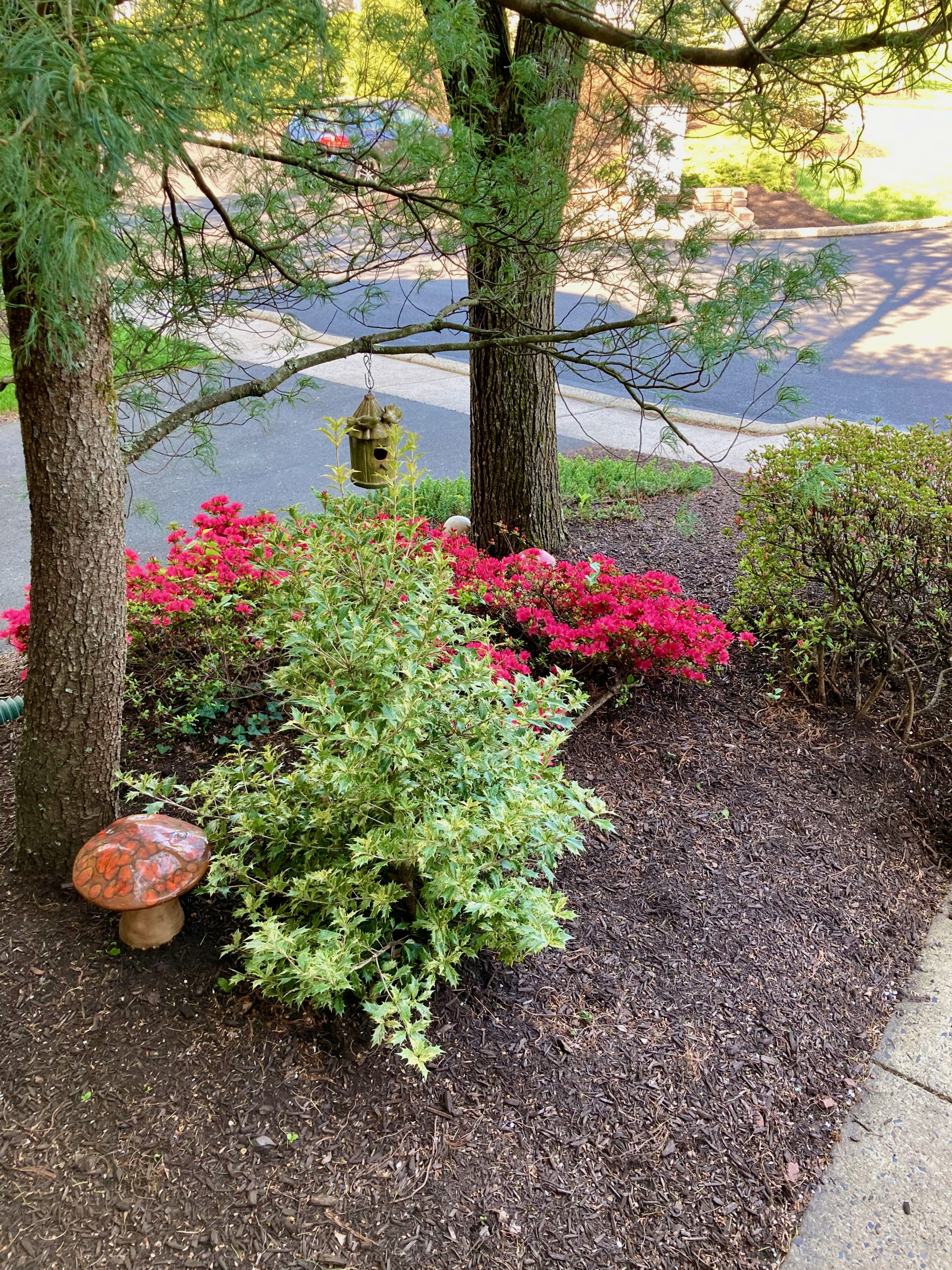 As part of a very strict homeowners association where I live, we are restricted in what we’re allowed to do. A secret garden is about the best we can do.

So, there’s not a lot we can do (and when I write “we” I mean Thaddeus). But the little that he can do is limited even more by our homeowners association. They are VERY strict when it comes to what we can do with our property. Two examples I can think of. One of our neighbors had a landscape architect draw up a plan for plantings in their front “yard”. It included a drawing of what would be planted. They got the entire plan approved by the homeowners committee that approves these things. It was approved. And implemented.

When it was discovered that they had planted bear grass, one of the board members went ballistic.  Oops. 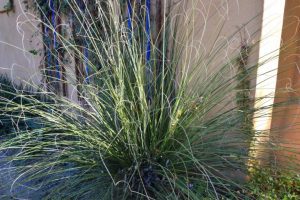 They were allowed to keep it. But only under protest. 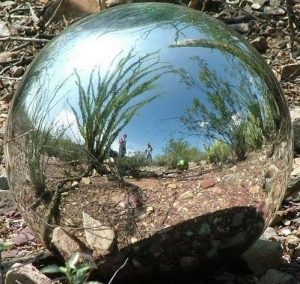 There was quite a war about this one. But the homeowner was required to remove them.

So you can imagine the kinds of things we CAN’T do in our front yard.

Thaddeus Has a Solution!

We didn’t want to draw attention to our front yard. So Thaddeus has kept it as plain looking as possible from the street view. 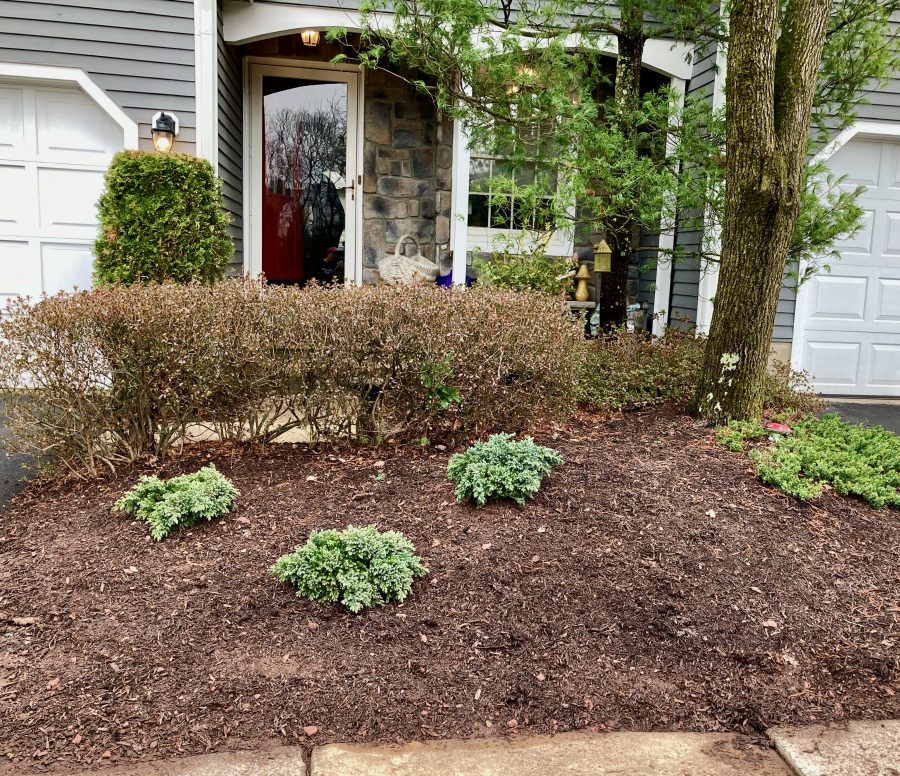 Very similar to how it was planted when we moved here. There’s a small garden mushroom near the tree. And another one on our porch. But nothing that would attract negative homeowners association attention.

But nestled into the crevices behind. That’s a different story. This is some of the garden magic I see when coming out of my house. 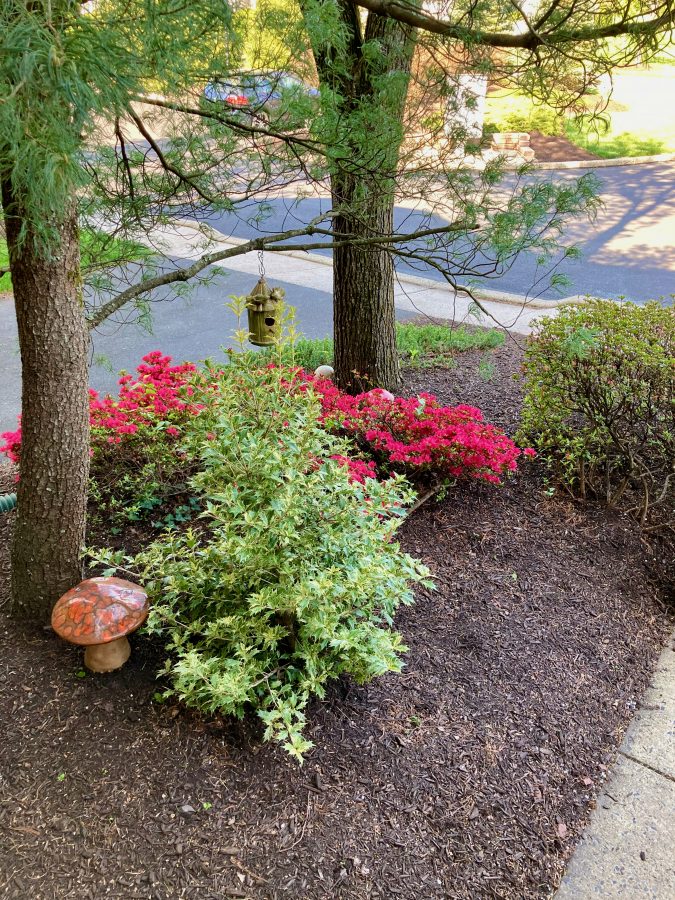 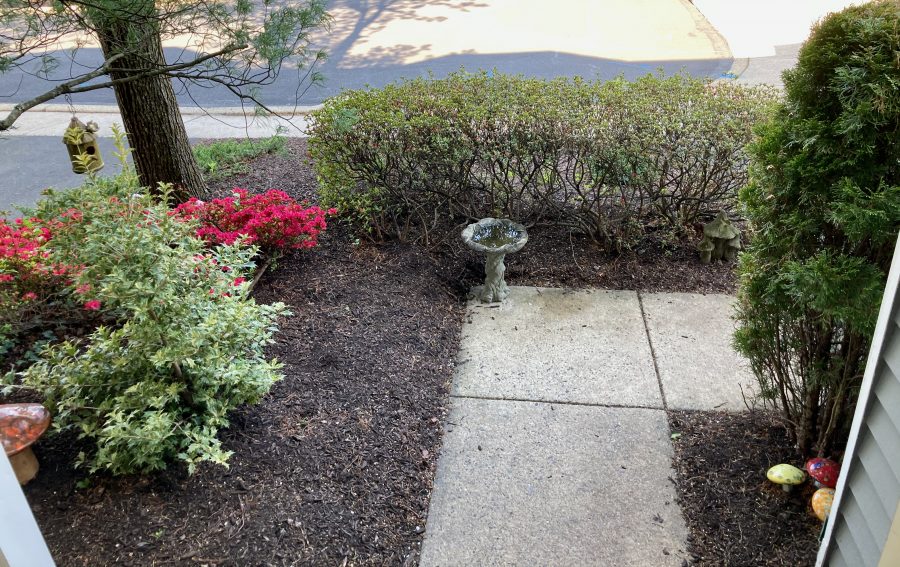 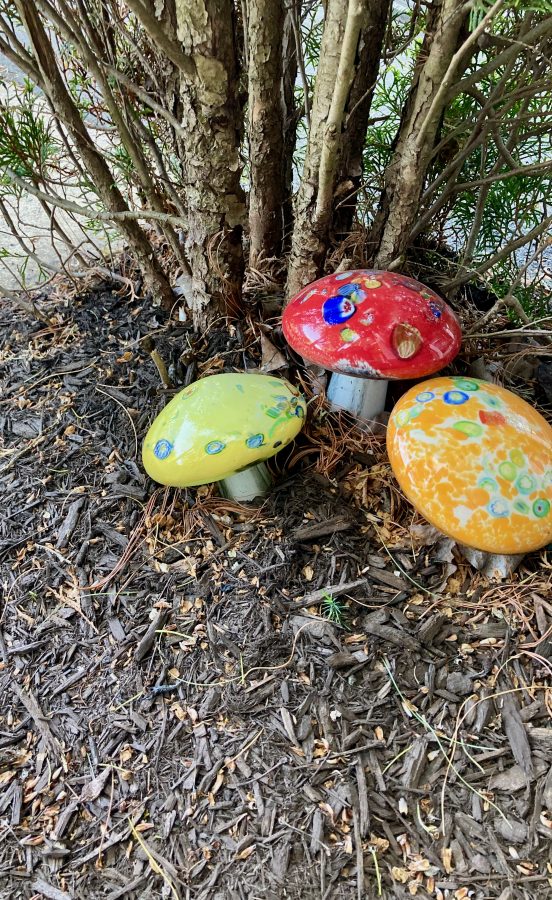 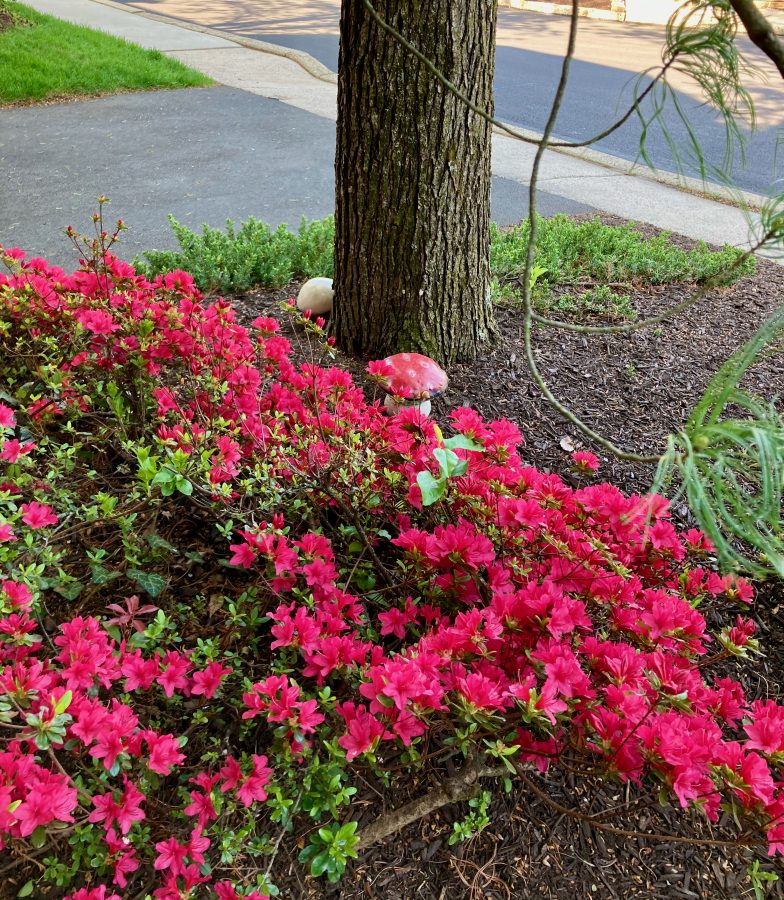 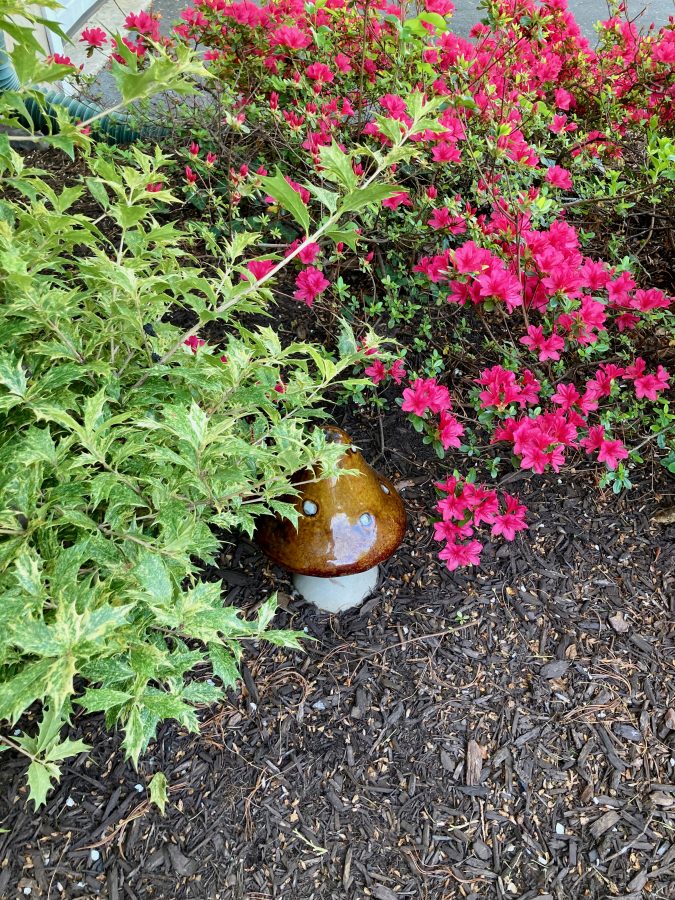 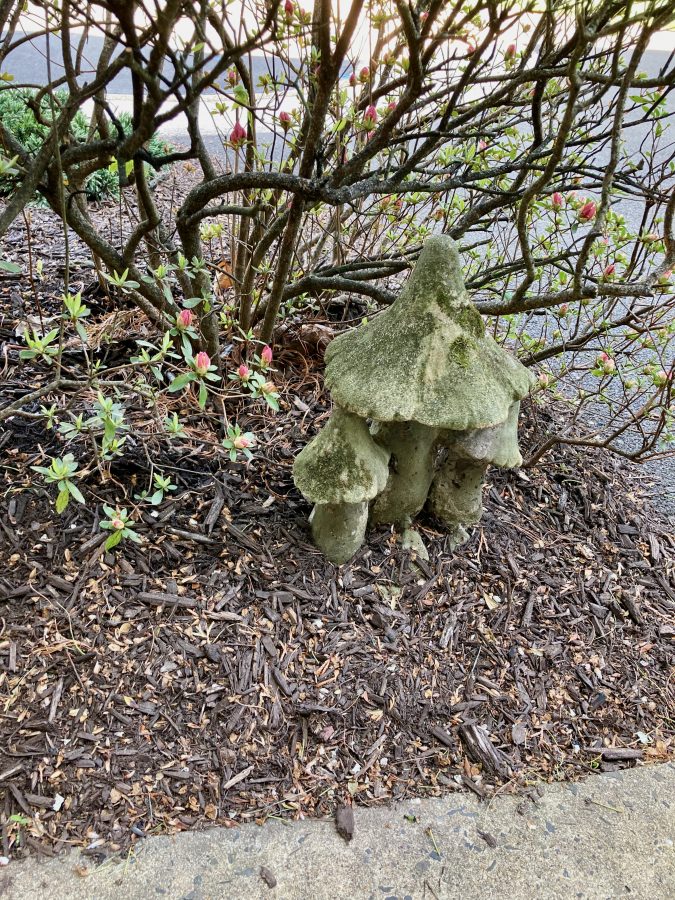 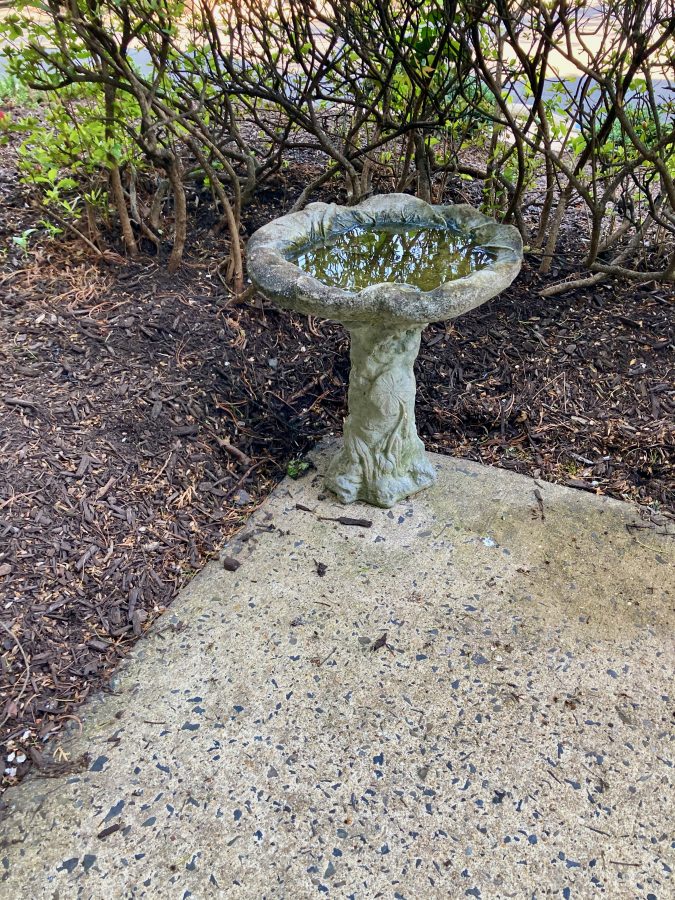 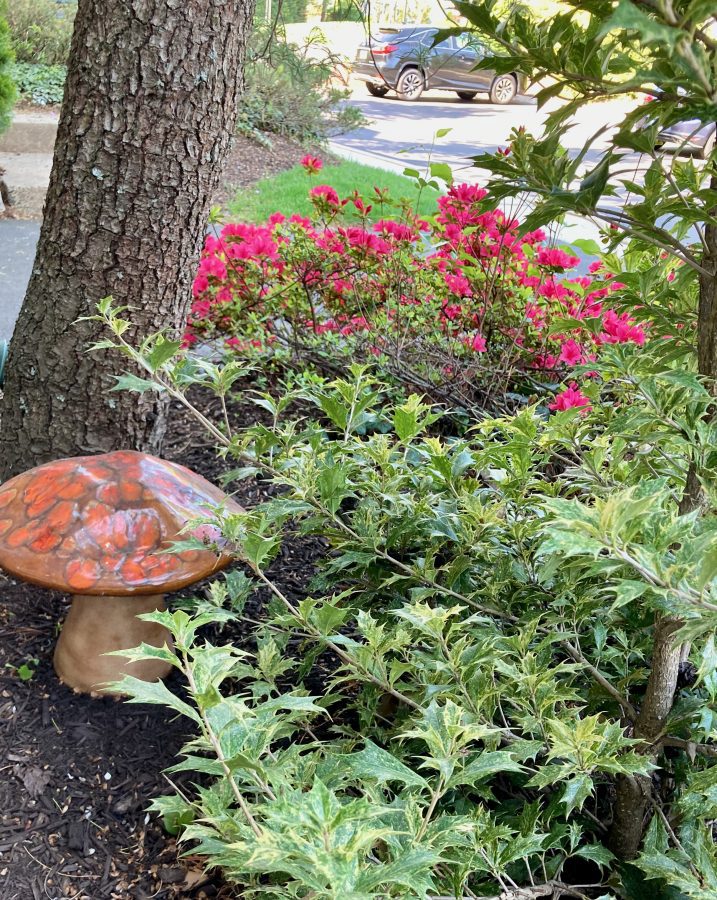 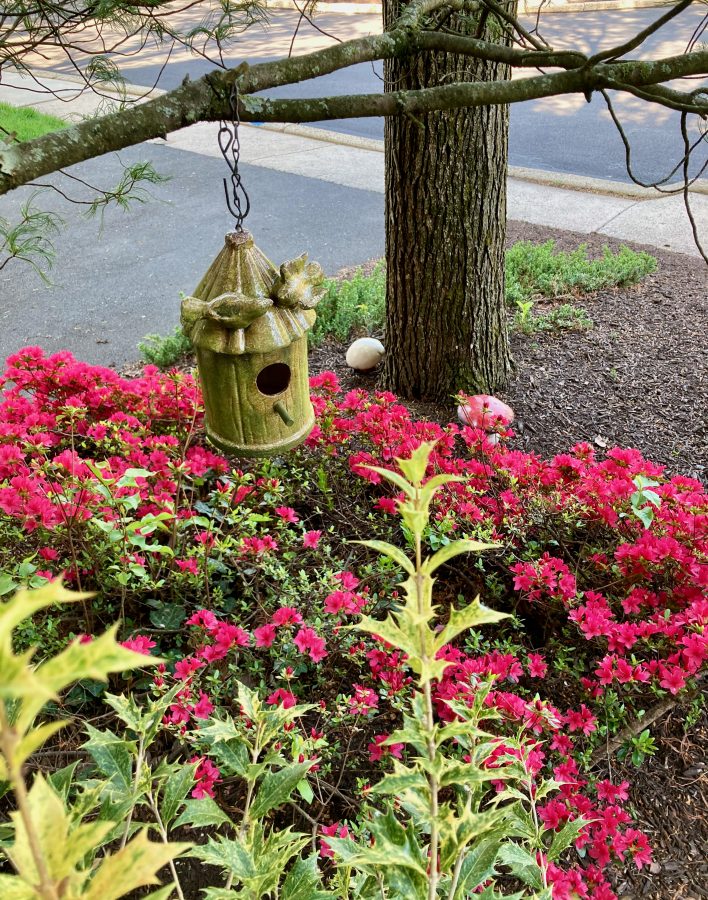 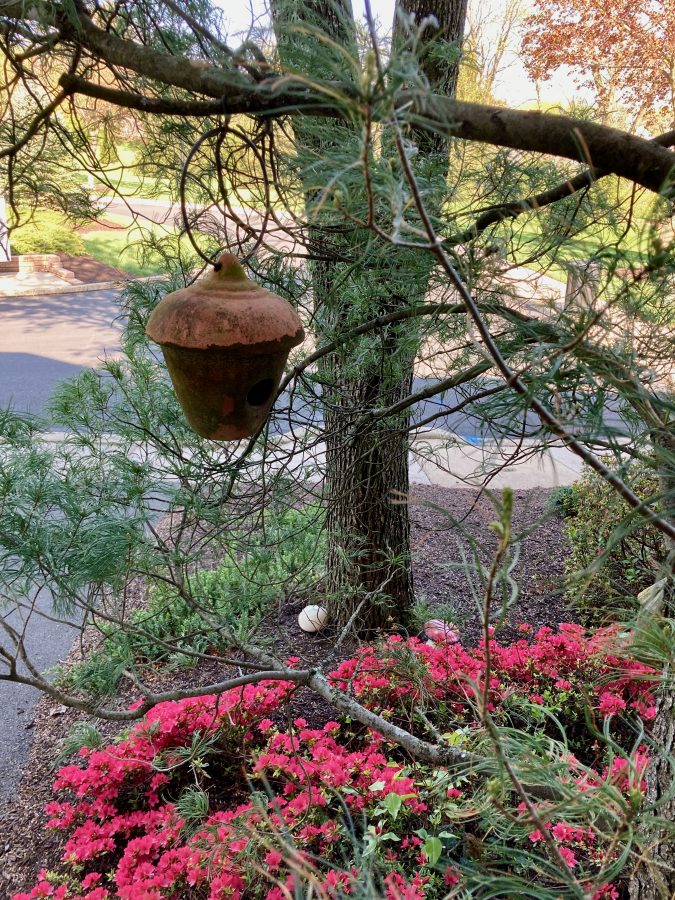 Given Thaddeus’ love of mushrooms, there are a number of garden mushrooms hidden from the sidewalk-viewing public. All of which would undoubtedly be banned by our homeowners association. The bird houses (we also have a bird feeder) and the birdbath are all quite popular with the finches, cardinals and other birds that live around us. Again, I’m sure this would all be way too busy for the landscaping police.

We’re very glad to enjoy this overly-decorated nook outside our front door.

I have finished the latest version of the Primordial Sworls Shawl. And it’s as good as I’d imagined. 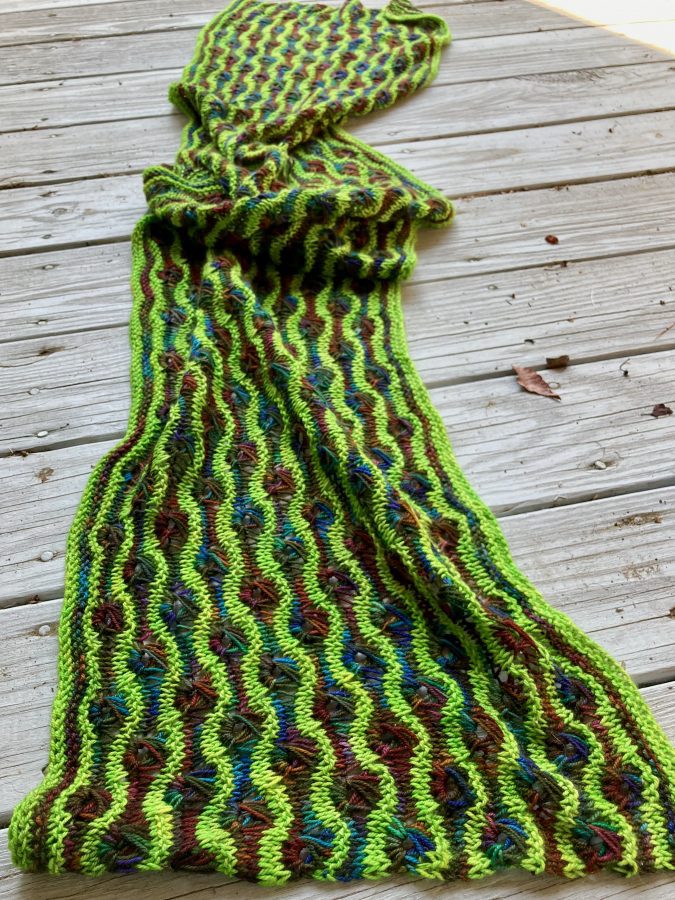 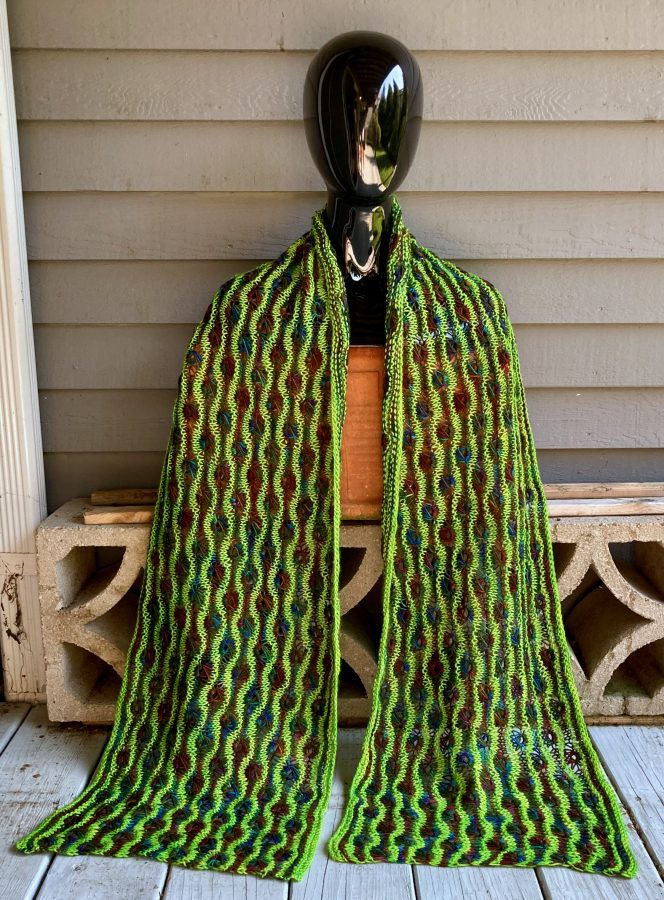 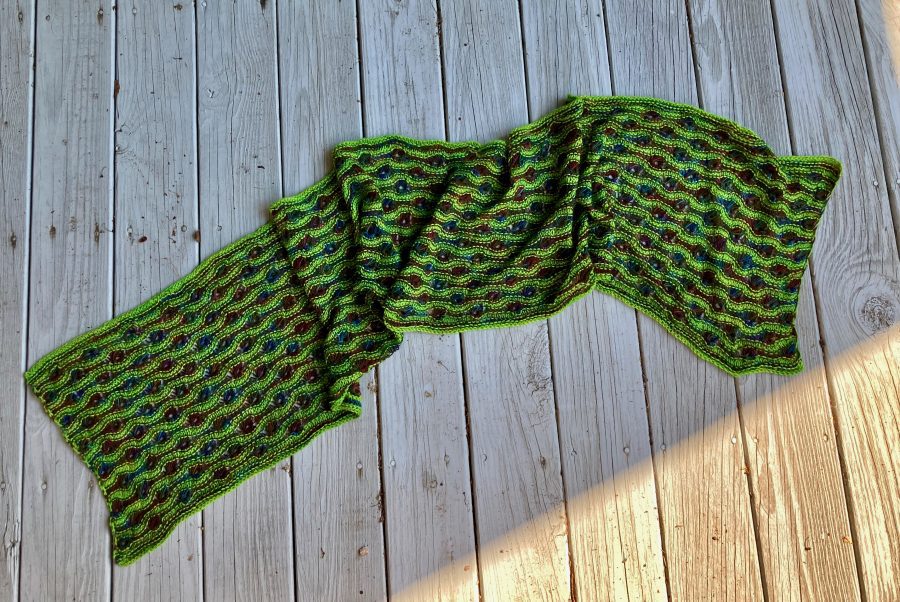 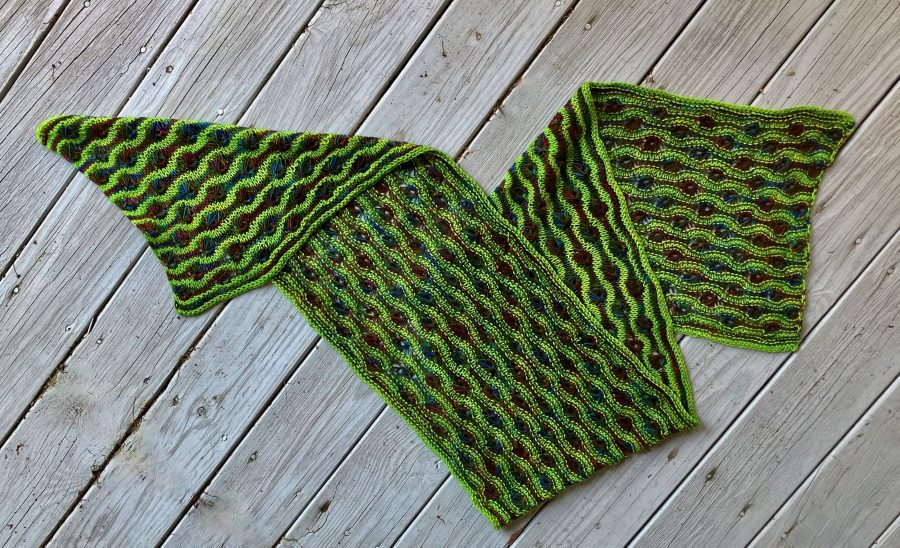 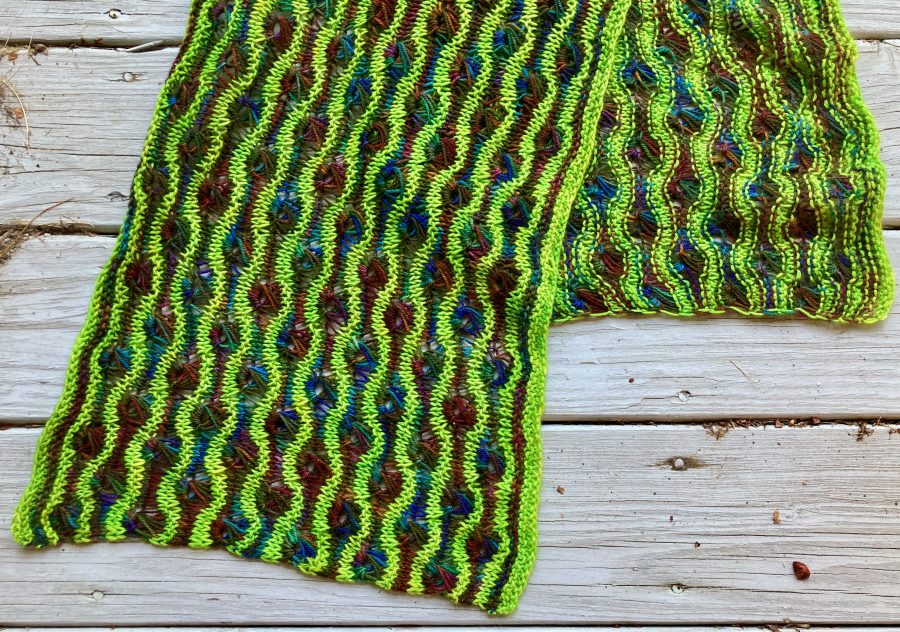 It will be going on sale at my craft shows at the end of the year. Since it’s slightly smaller than the first two Primordial Shawls, I’ll price this one lower.