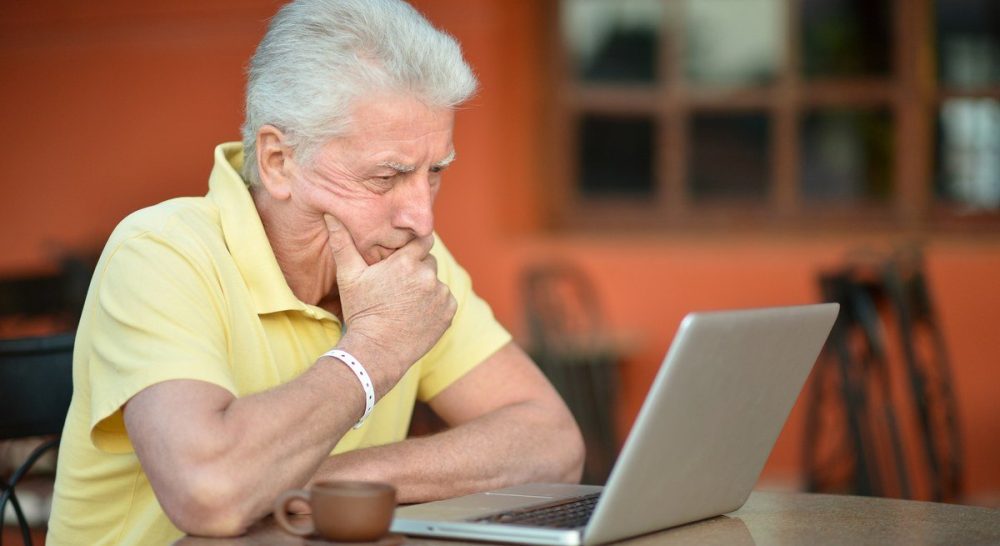 A number of “new technology” situations recently have me wondering. What is the purpose of newfangled shit? Advancement of ageism?

You Tell Me – Advancement Or Ageism?

A number of years ago, I took my mom to an orthopedist office for a broken ankle. There were five staff people behind the counter. My mom had to pick up one of about five iPads and figure out how to register and fill out an extensive medical history.

I get it. An electronic record created by the patient saves money and time. In most cases. But honestly, my mom had no idea how to use basic navigation buttons on a tablet. Not to mention the font on some of their questionnaire pages was hard for me to read. It was sad to have my mom have to tell me about all the drugs she was currently taking so that I could help register her for an appointment.

After all was said and done, the orthopedist looked at her x-rays and leg less than five minutes. Reviewed x-rays taken by an urgent center we had brought her to first. The orthopedist confirmed it was broken (which we knew). And recommended that she wear the inflatable cast that the urgent center had given her for 6 weeks minimum. My mom got to ask one question before she was dismissed. For that, she paid $1,300.

Fast-forward to last week. My friend has been told he needs to start using automated laundry machines in the laundry room. It requires him to set up an account. Add money to a “card” account. And set up a 7-digit pin that he has to enter anytime he wants to use a washer or dryer. The on-line registration process requires that he get a text on his phone to get a verification number.

Finally, many of you know that Thaddeus doesn’t carry a smart-phone. He has no need for one and just doesn’t want one. Parking his car in our own home town is not an easy task without it. It’s possible, but they make it incredibly difficult.

I get it. Encouraging oldsters to advance in technology is probably a good thing. But give them a bit more a bridge to get there maybe?

What kind of ageism have you experienced in technology?

Finally…I went to Quest Labs last week to have some blood drawn for a regular blood test. I HATE Quest Labs.

One surly phlebotomist is staffing the entire office.  I am required to register (I made an appointment) via the e-tablet on their front counter. With no assistance from the surly phlebotomist. I had to have the e-tablet read a QR code on my iPhone to register for my appointment. Yeah, real intuitive. I’m called 10 minutes late for my appointment time and ask the phlebotomist if she’s often left to work the entire office by herself.  She told me she didn’t know. She had literally been called an hour before the office opened to come here to “temp” in this office since the regular phlebotomist called in sick. No wonder she was surly.

I got this for my troubles. 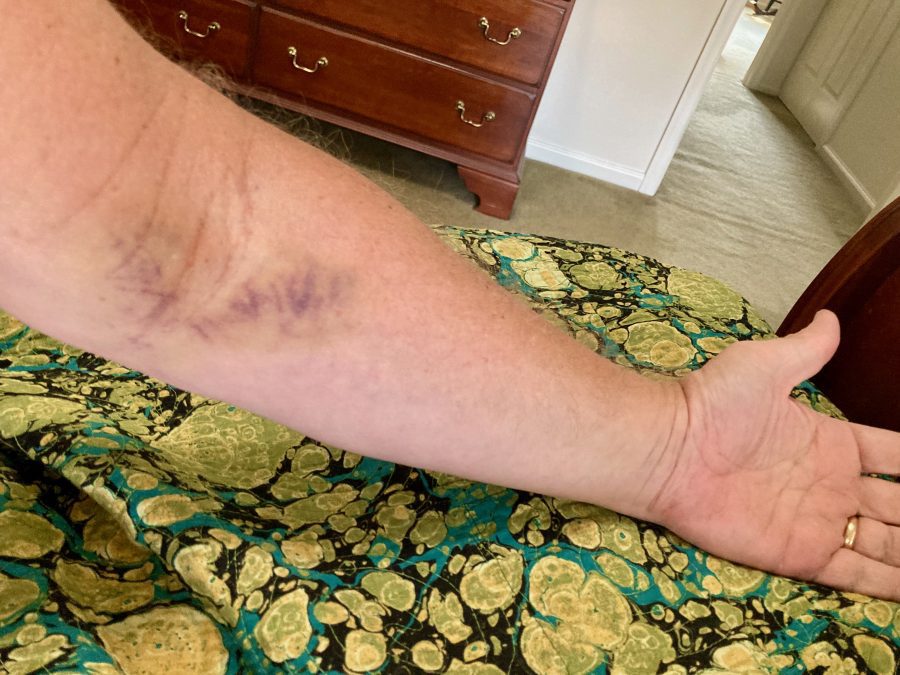 Shitty technology. Not a great phlebotomist either.

I’m on the last round of knitting hats for the craft show. 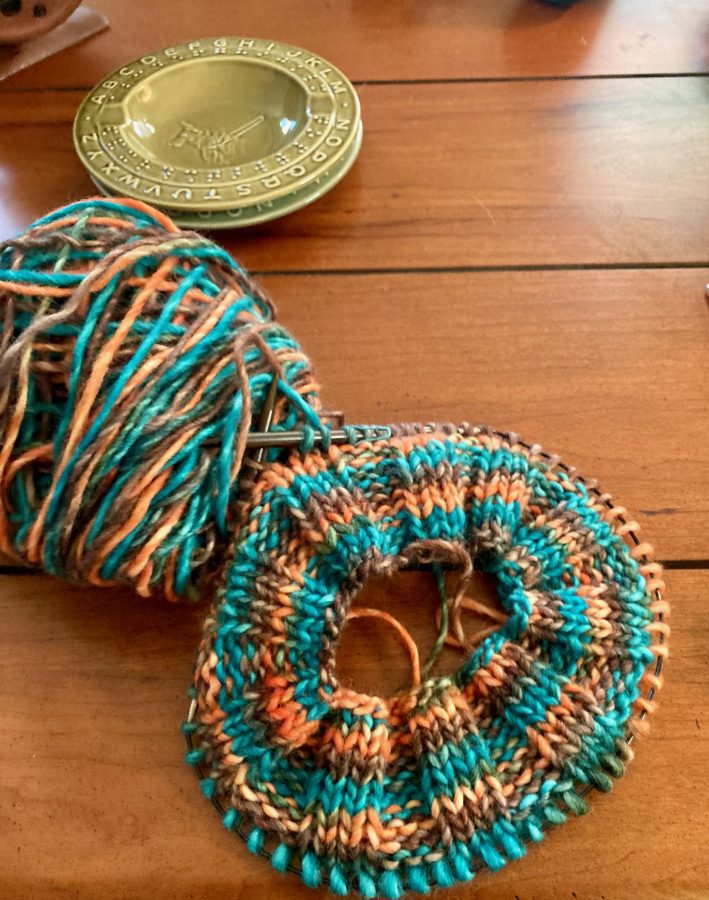 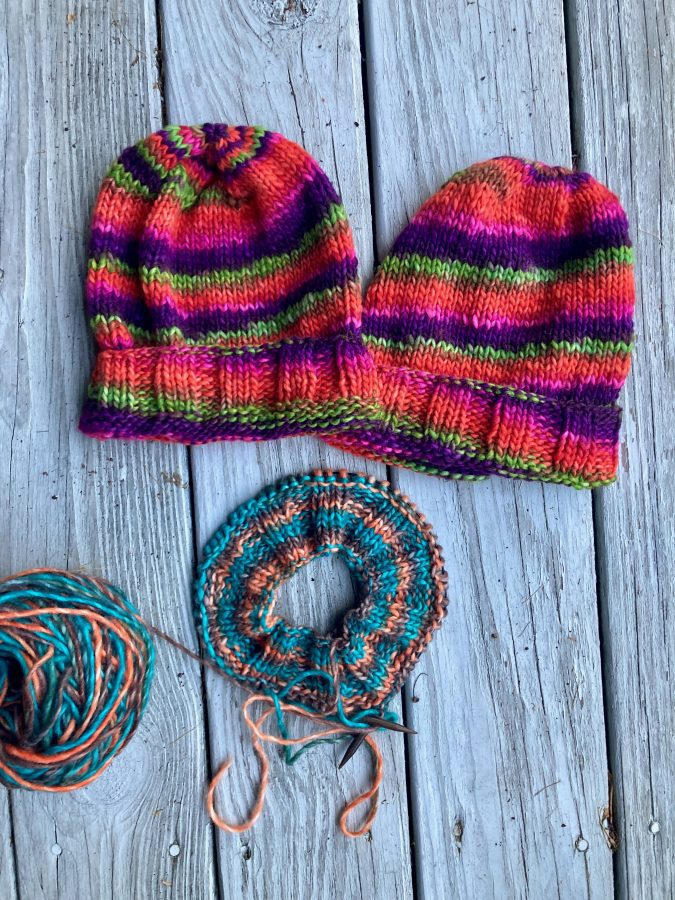 I finished the two hats in the bright colorway and started on the second hat in the turquoise/pink colorway. 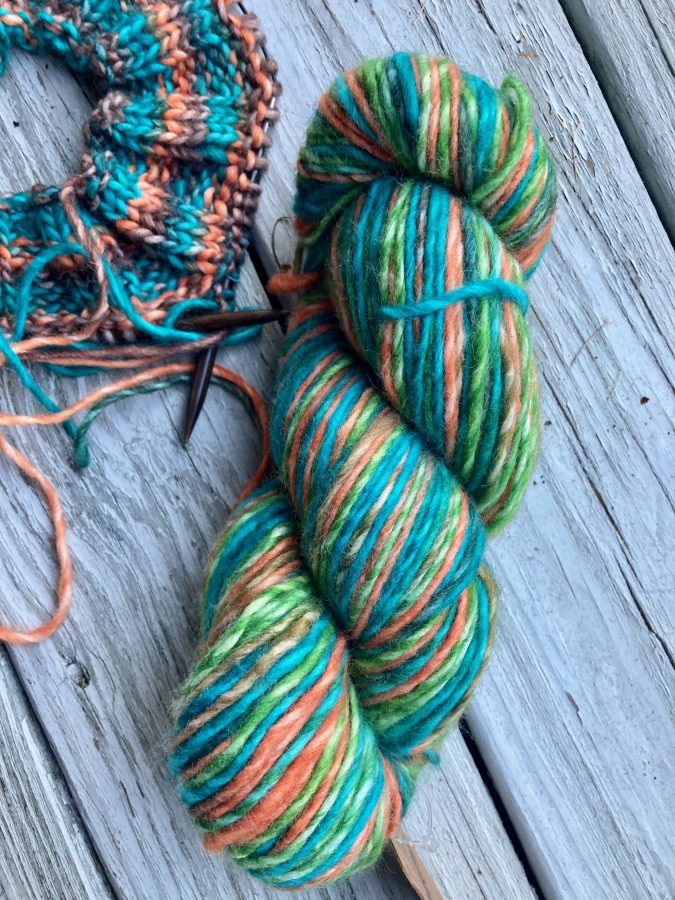 I’ll end up with 10 hats in a short period of time. With enough yarn to make 10 more hats.

16 comments on “Advancement Or Ageism?”