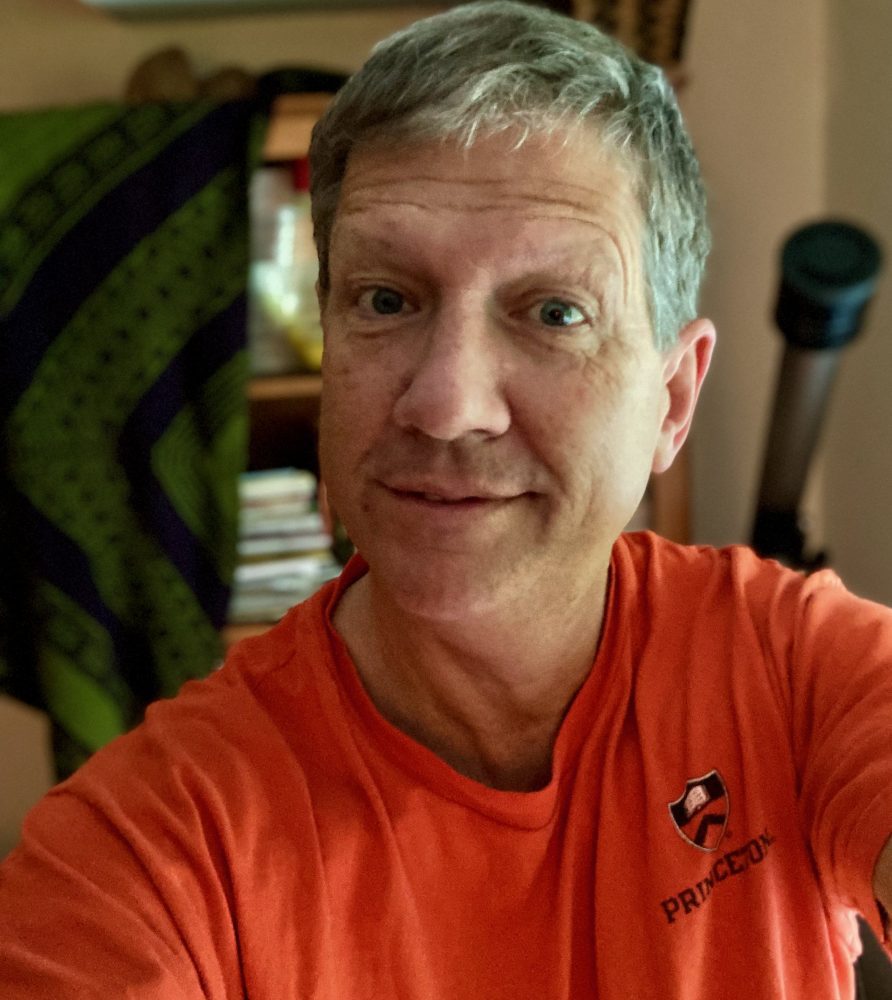 When you become proficient at anything, don’t you find that you discount your skills sometimes? Today I encourage you…don’t underestimate your skills.

When I was still in the working world, a coworker gave me this advice. When she heard me diminish my skills, she did an extensive inventory of all that I did, and how well I did it. I learned that day to not discount who I was and what I had to offer. In the years since, I have done the same for friends and coworkers who were under the misunderstanding that they didn’t have a lot  to offer.

Fast-forward to last week. A knitter-friend was working on his first sweater and struggled to finish the first of the two sleeves. He was doing them in-the-round and was hating the so-called “magic” loop technique. I encouraged him to use two circular needles instead. He didn’t have two circular needles in the size he needed, so I told him how to create two hybrid needles from his interchangeable set.

The second sleeve (he reported) went MUCH faster and he finished his sweater.

It reminded me that there were a ton of problem-solving techniques I had in my toolkit that I used all the time.  It also reminded me that I could do a video tutorial on knitting in-the-round on two circular needles to help out others. Especially those knitters that hate double-pointed needles and “magic” loop.

Sorry I didn’t have a blog post on Friday. I was hoping the tutorial would be finished. But the video above is my second attempt. The first one was awful and made this technique look like a nightmare compared to double-pointed needles. So I had to re-do the entire tutorial. I’m much more pleased with this one.

Do you have days where you feel like you have little to offer the World? Just do a quick inventory of all those things that you’re really good at. And recognize how few people have your exact combination of skills. 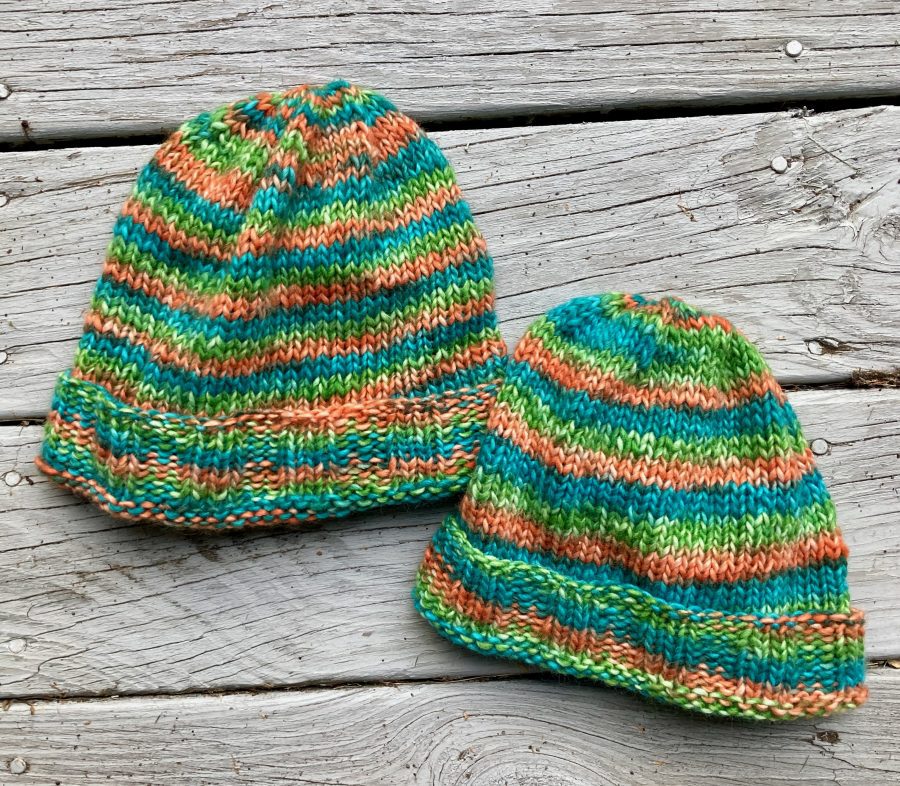 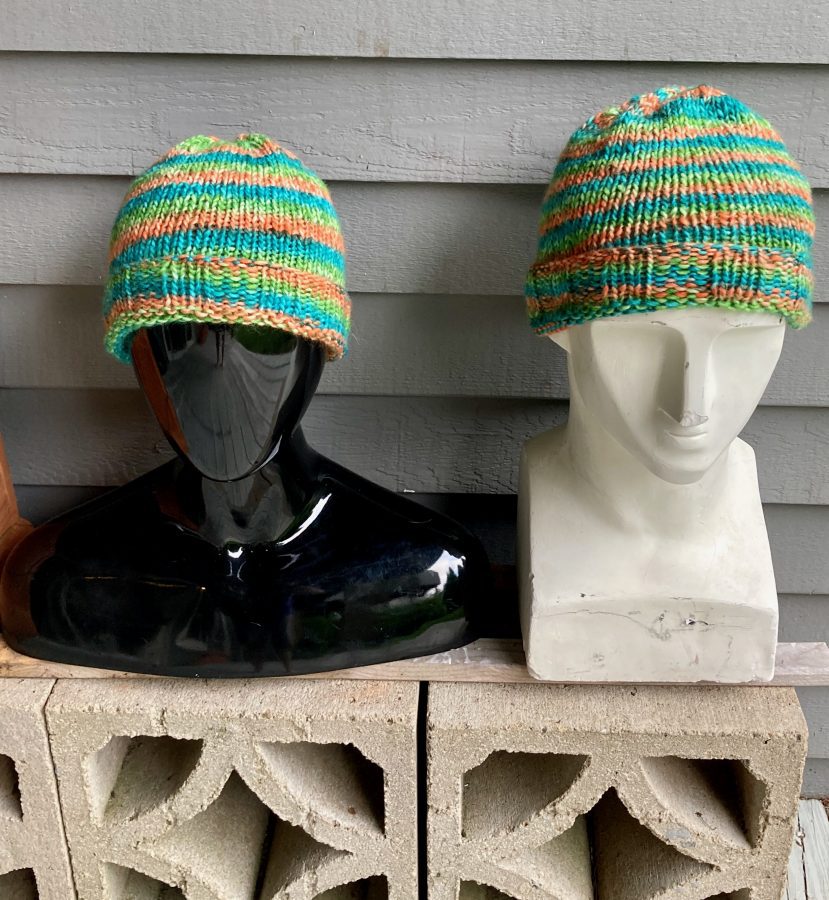 This last colorway turned out to be my favorite of all five colorways. 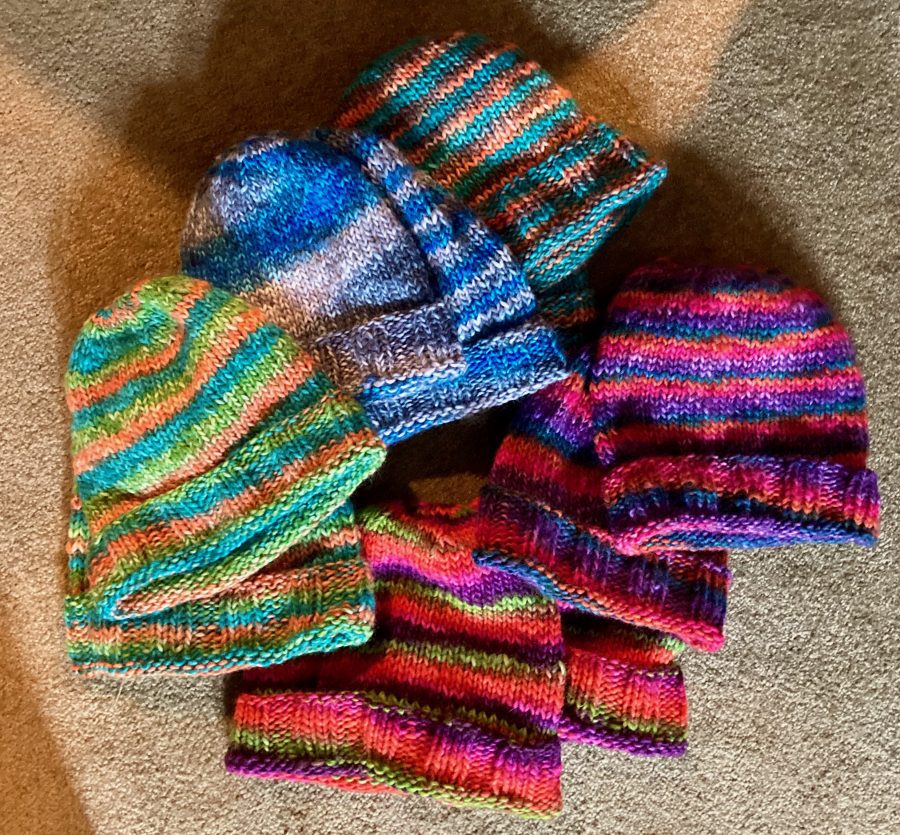 In a week, I now have 10 new hats in Craft Show inventory. Each colorway has a medium size and a large size hat. Can’t wait to see how well they sell in November at my first craft show since 2019.

I was going to start back up on the half-finger gloves, but I got distracted by a beautiful, bright orange  yarn. So I started this. 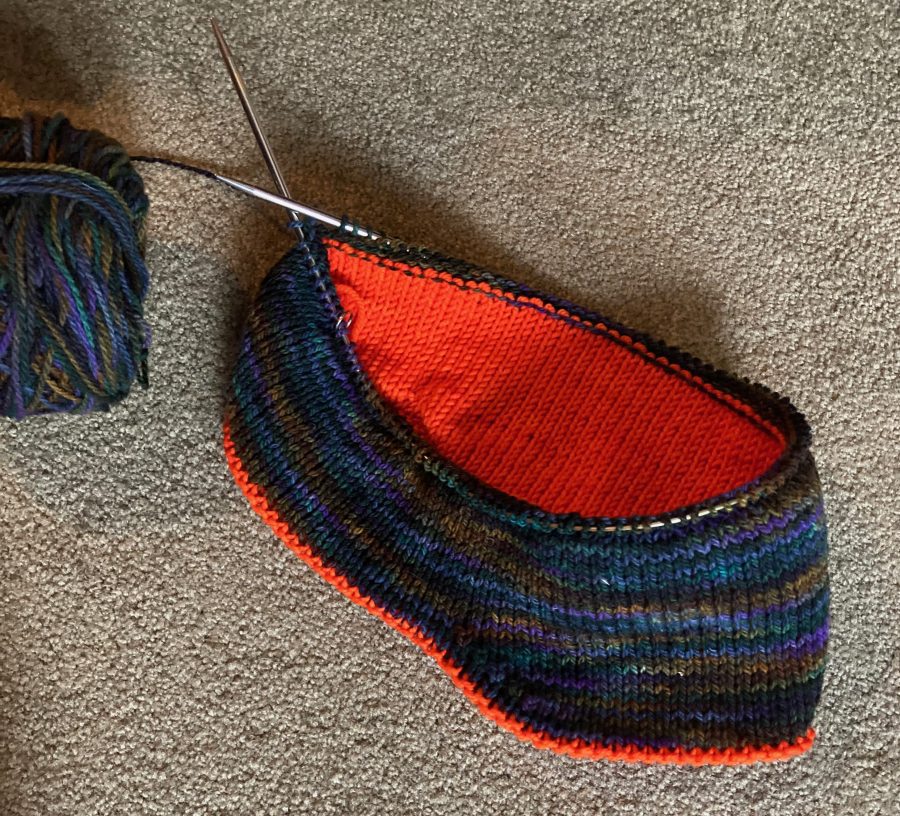 This is the Activity Cap/Headband design. I really hope I have enough yarn for this hat. First, because I really love the color of both the lining color and the outer color. 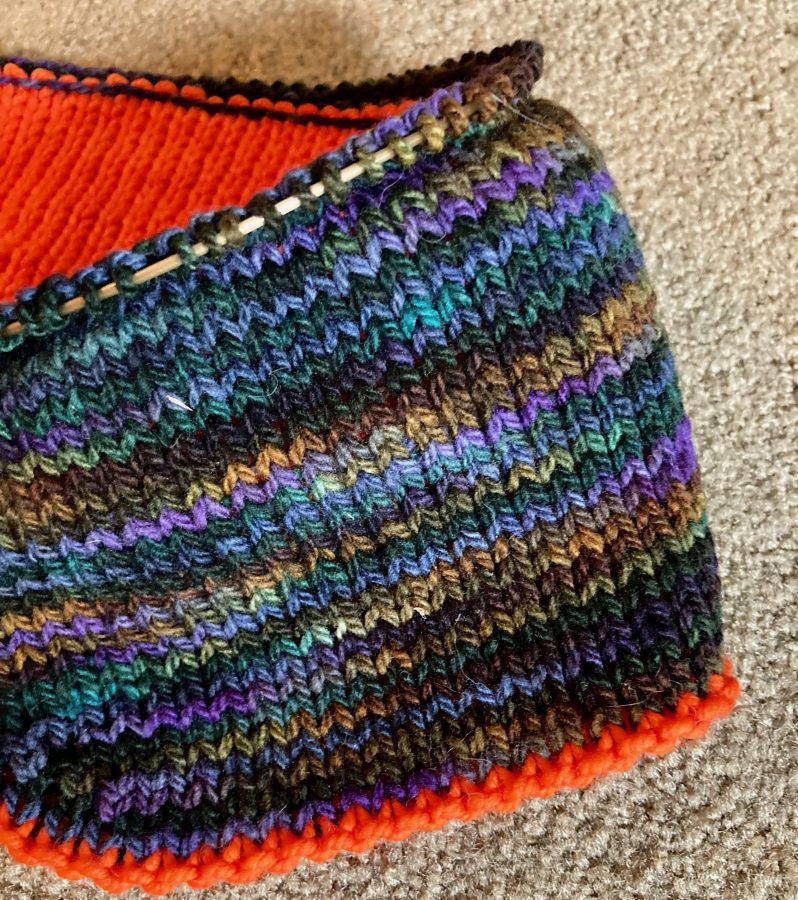 But also, because this orange is bright enough to wear in the woods during hunting season. So hopefully it will work as a reversible hat.

5 comments on “Don’t Underestimate Your Skills”