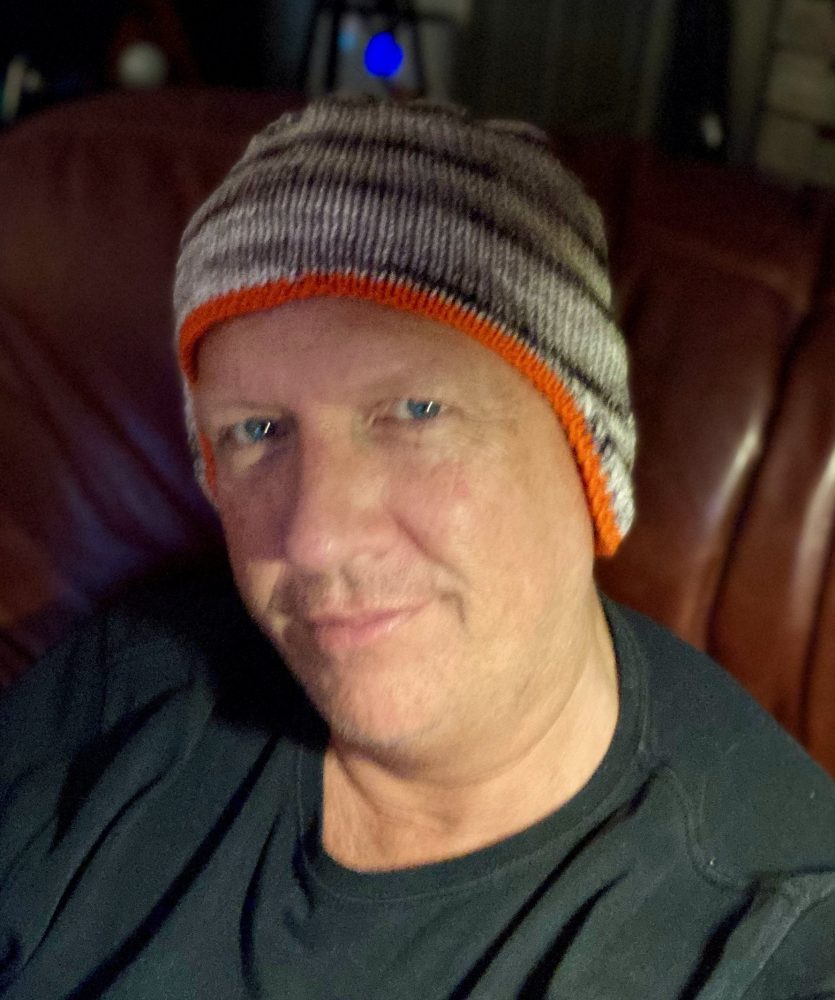 When The Solution Is Worse Than The ProblemJune 30, 20217 Comment

When The Solution Is Worse Than The Problem

Working on a new Activity Cap, I tried to do something fancy to fix an issue. That’s when the solution became worse than the problem.

When The Solution Is Worse Than The Problem

I had some left over yarn from the latest Activity Cap (see below). So I decided to see if I could make a headband using this yarn (the headband portion of this pattern is a two-layer fabric). I got halfway through the headband and decided I would play yarn chicken.

But…just in case I lost this game of chicken (which seemed likely), I decide to put in a safety-net (what do you call it??…a lifeline or something). The purl row of stitches is done on a smaller needle, and so I figured…”Why not just leave the smaller needle in the work and knit up from there on the bigger needle?” Great idea, right?

Not so much. Knitting into these stitches was a pain. The two size circulars were slightly different lengths which caused all sorts of issues. And of course I started knitting the second row after the safety-net with the safety-net needle tip. Fuck!

I ended up just pulling out my safety-net. It would have been faster ripping back and re-knitting a couple of rows rather than deal with this annoyance.

See? The solution was more of a problem than a help.

As it turned out, I don’t have enough yarn to make a headband. 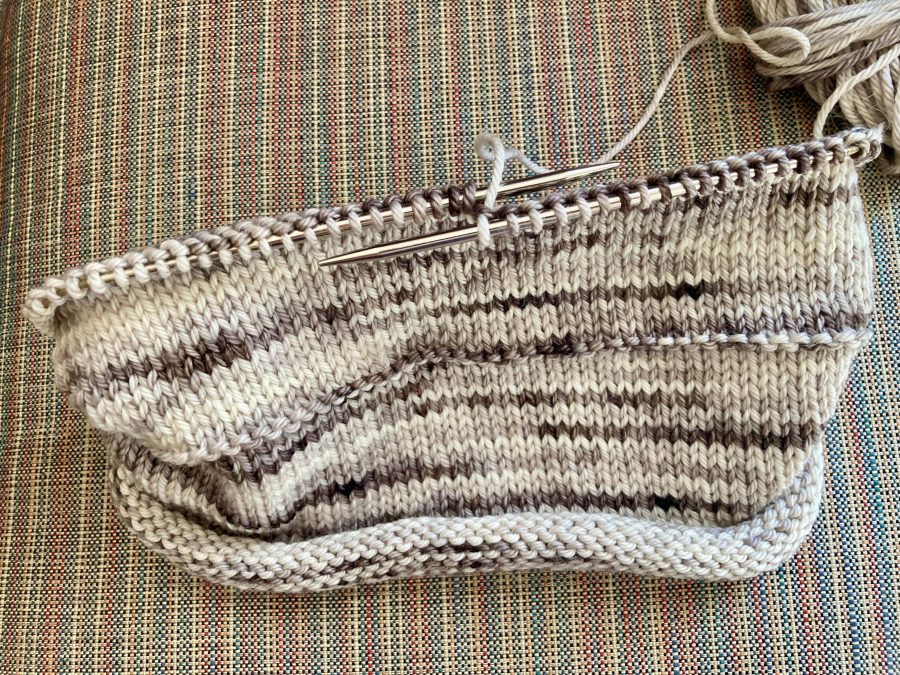 So I’m considering making a different color stripe at the top of the headband.

Hive-mind…I summon thee!  Which of these colors would you use to knit a stripe into a headband that will go up for sale on my craft show table? 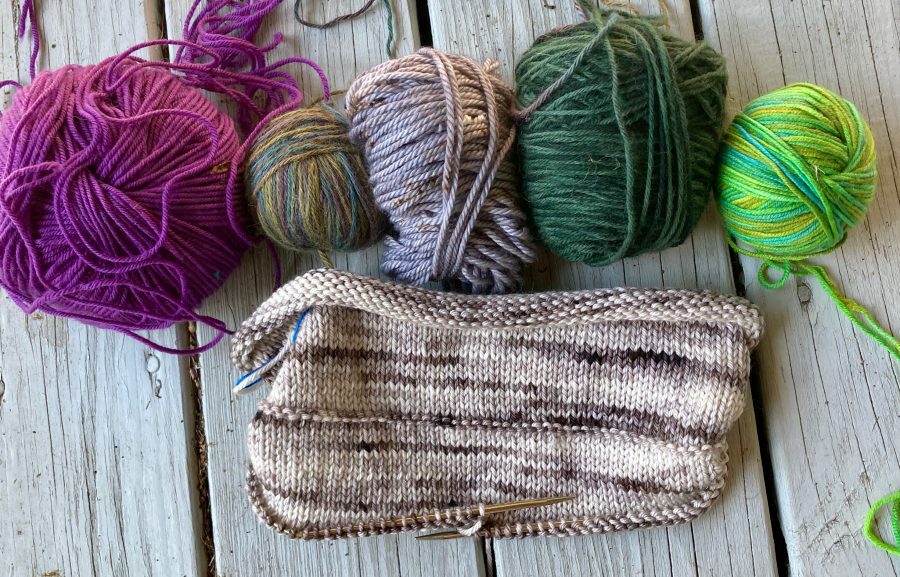 I will knit whichever color gets suggested the most and then blame you all if it doesn’t look good.

I finished the Activity Cap from the last post. 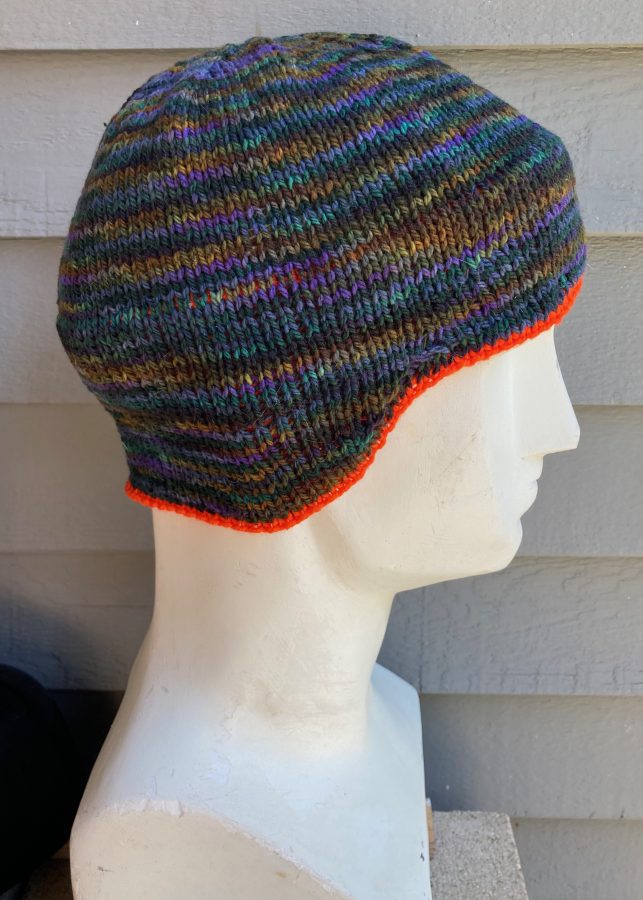 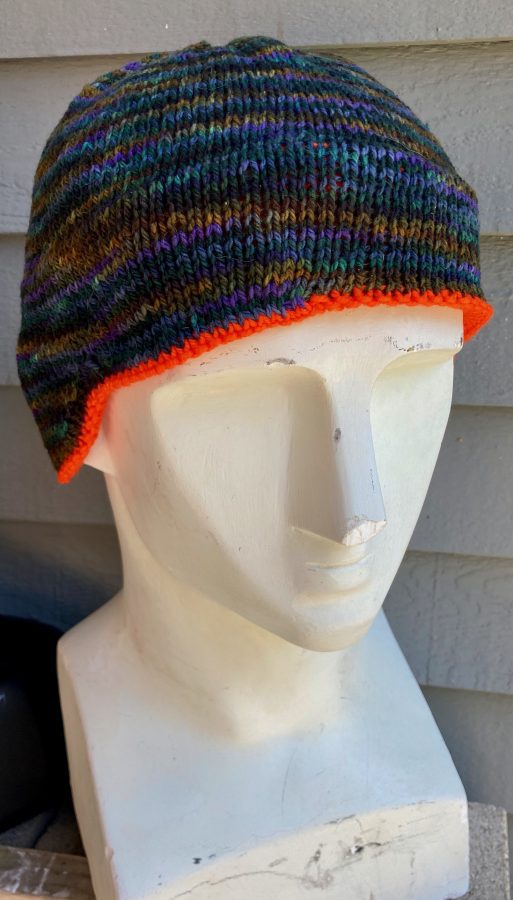 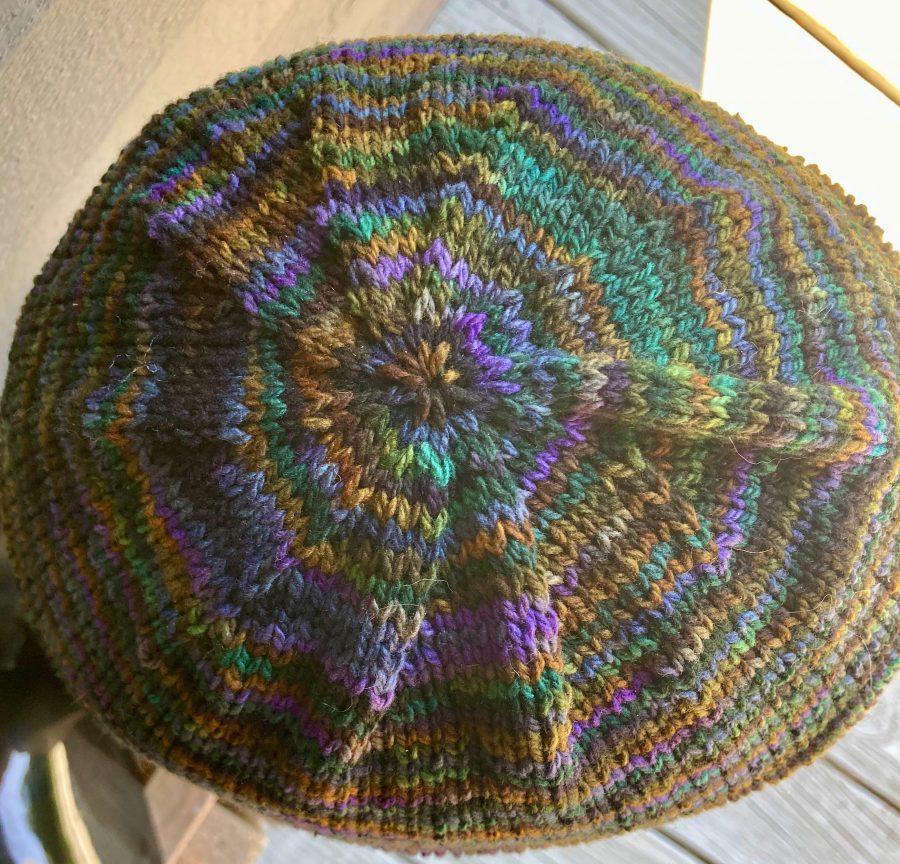 I love the deep, right colors of the yarn main yarn in this hat. It’s also reversible for hiking in the woods during hunting season. 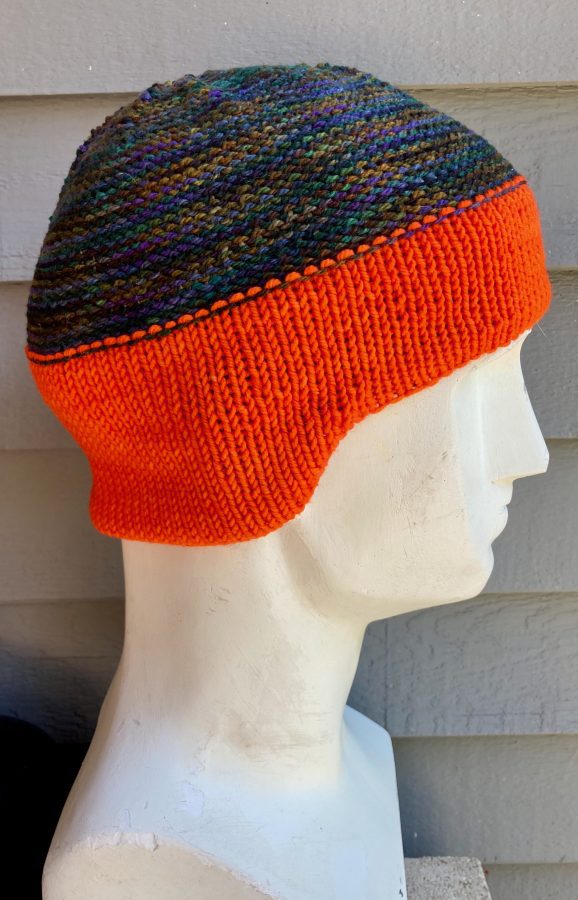 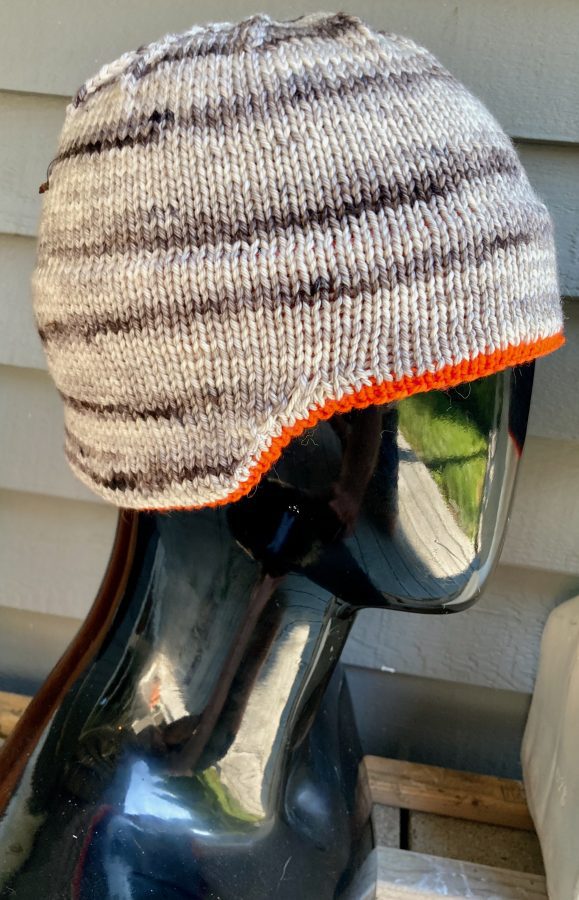 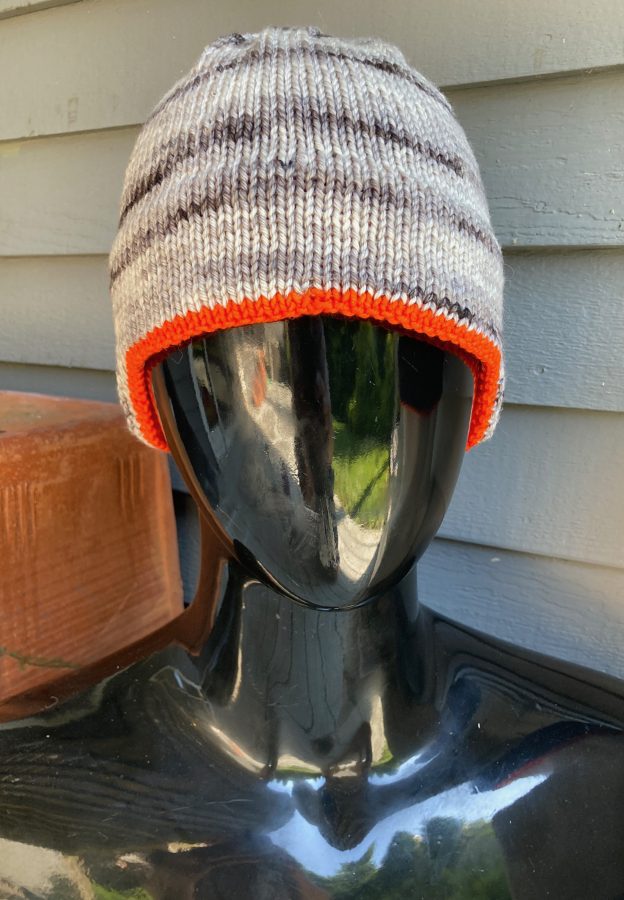 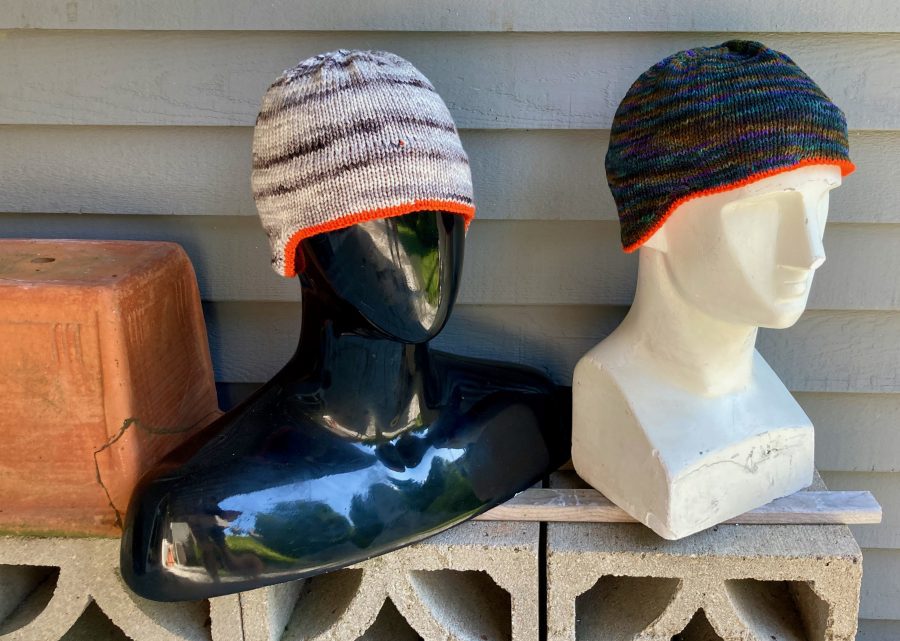 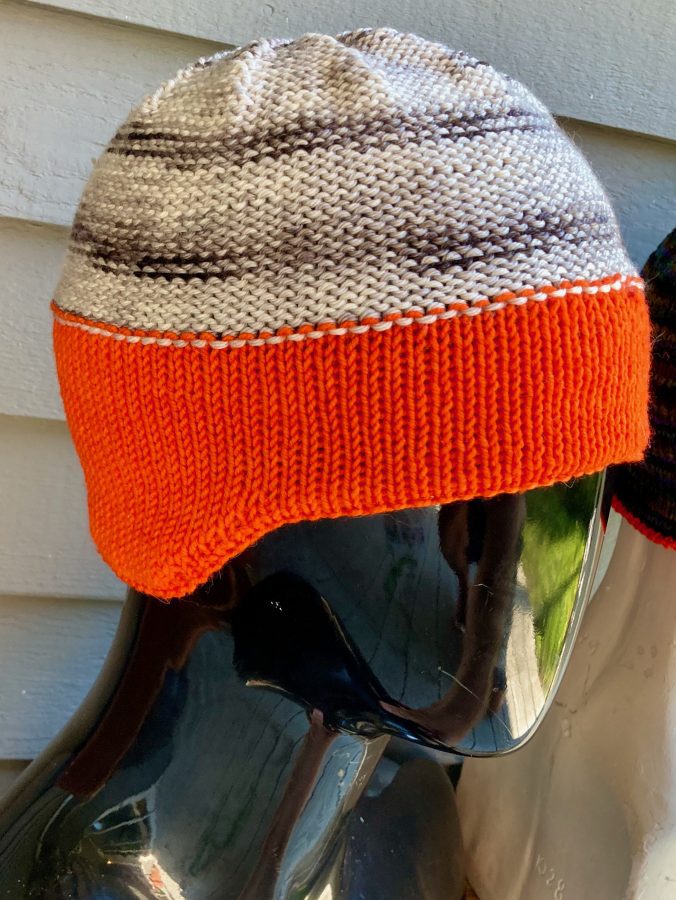 They’re both reversible if  you don’t get close enough to anyone to let them see the offending purl bump ridge.

7 comments on “When The Solution Is Worse Than The Problem”