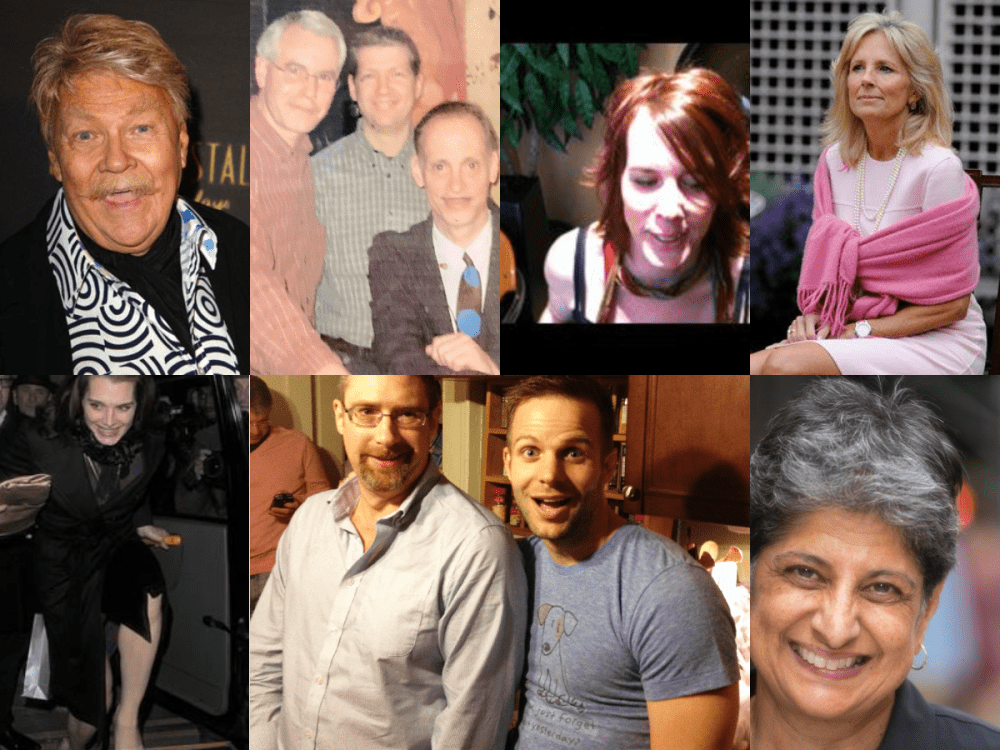 Who Is The Most Famous Person With Whom You’ve Spoken?

Mostly, people will ask you who you’ve met. But I want to know who is the most famous person with whom you’ve actually had a conversation?

For You – Who Is The Most Famous Person?

The concept of fame is odd to me.

Working in New York City for a while, I saw a number of celebrities there. Brook Shields, Jack Nicklaus. Years ago, I was visiting Greenwich Village and Rip Taylor tried to buy me a fur-lined coat. He was very drunk and had a small entourage of hangers-on. I declined.

I exchanged glances with Jill Biden in a restaurant in Wilmington, Delaware. It was shortly before Joe Biden had become president. I didn’t even know who she was. There was secret service in the restaurant and I asked the hostess who it was for.

I’ve met John Waters and even spoken with him for a little while. It was part of a speaking tour he was doing. If you paid extra, you could have a “meet and greet” with him. He was clearly over it by the time he made it to Philadelphia (or wherever it was we saw him).

Musically, I haven’t met very many well-known people. Tom Goss and Namoli Brennet are the only two famous people I’ve ever gotten to speak with. Both are incredibly nice.

My Most Famous Person

But my favorite “famous person” by far, was Urvashi Vaid. Urvashi is a longtime LGBT rights activist, lawyer and writer. She was head of the National LGBTQ Task Force  when I was newly active in the LGBTQ movement. I read her articles in The Advocate and I was smitten with her smarts, her enthusiasm and her activism. When I had the opportunity to meet her at a NJ LGBTQ activist meeting years ago, I couldn’t have been more thrilled. She was every bit as energizing as I had imagined.

I know it’s not Tom Hanks or RuPaul, but I was starstruck none the less.

How about you?  Who’s your most famous person?

I had two big cakes of mystery bouclé yarn that I thought would make a nice wrap. So I decided to do a simple Old Shale design with it. 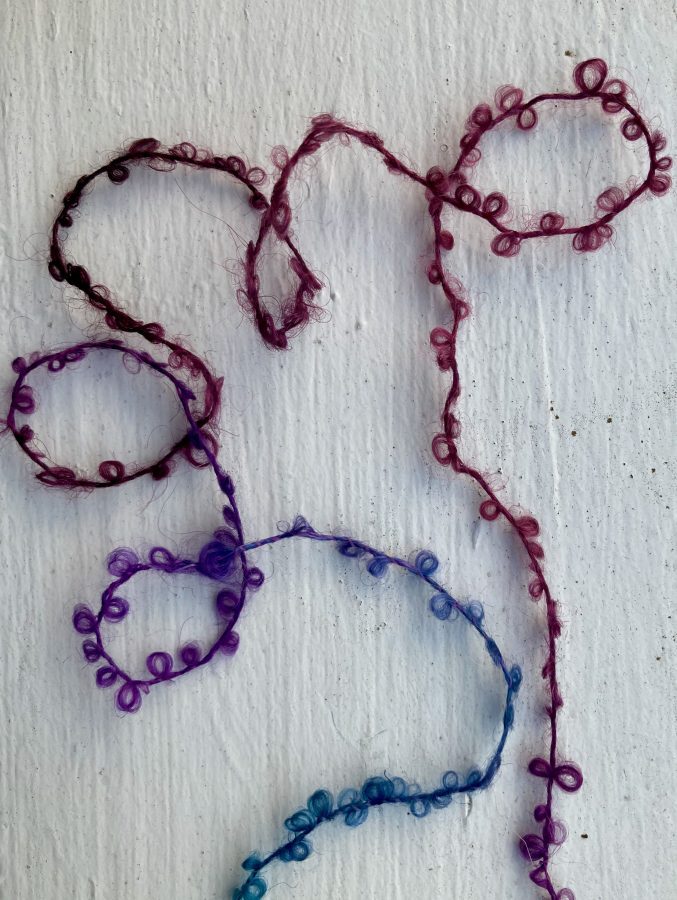 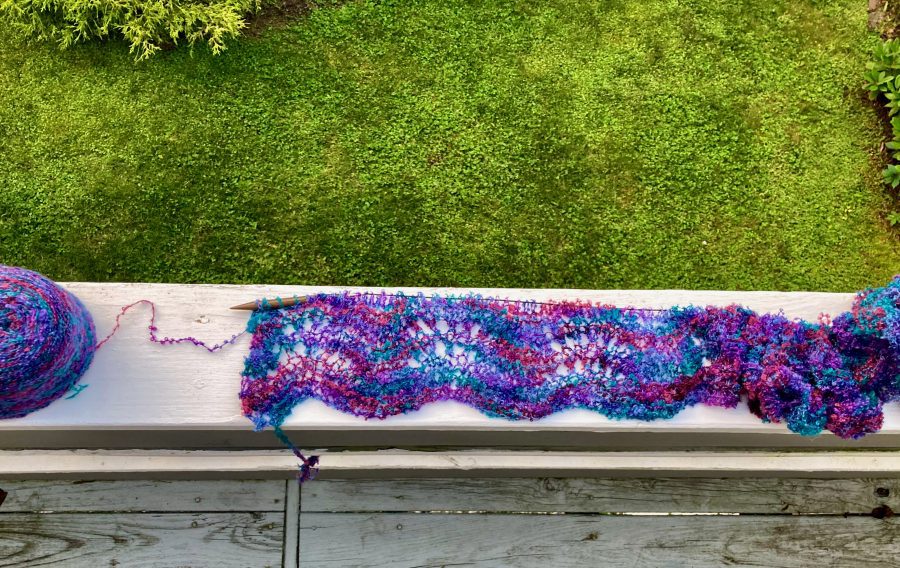 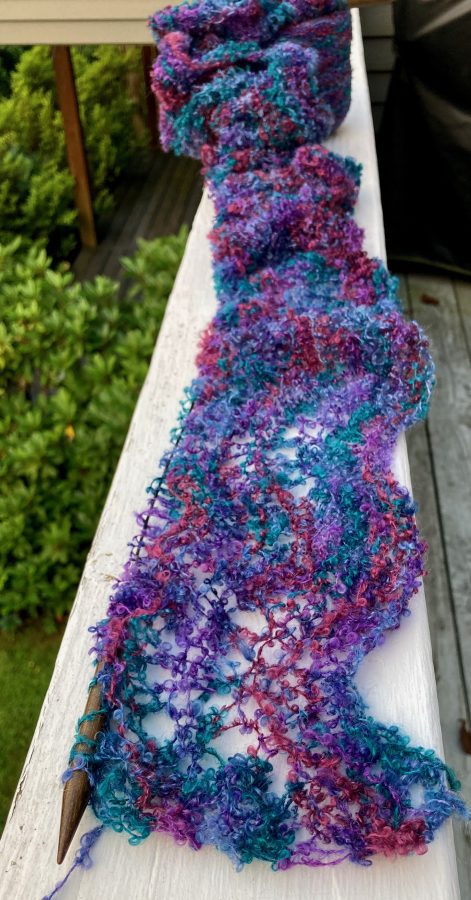 I’m hopeful this garment will look fantastic once it’s off the needles. Also, I’m hopeful I’ll figure out what kind of fiber this is.  Anyone recognize it?

13 comments on “Who Is The Most Famous Person With Whom You’ve Spoken?”