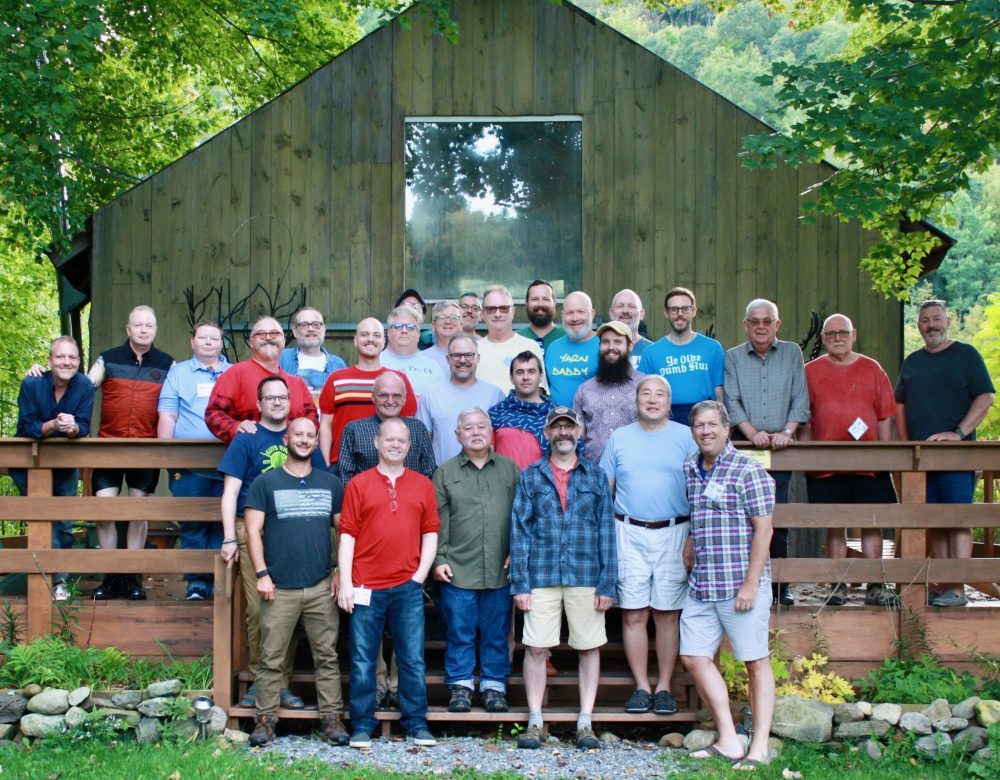 I’m hesitant to make “The People” part two of three entries. It makes it seem like they’re not first or highest in importance.

Why Part Two of Three is The Guys

Please note, the guys who attend the retreat are by far the most important aspect of the event. But I didn’t think I could put The Guys’ Creativity first, if I hadn’t posted about the guys themselves first.

So, who are these amazing men?

There were 29 guys at the retreat. It was still a smaller-than-usual group, but it did allow us to connect deeply with each of the guys. Aaron coordinates this event and I help. We are both…well, awesome (if I do say so myself).

But even more awesome are the other 27 attendees. From an overview perspective, it is a very diverse group of guys. Ages, races, where they’re from, how long they’ve been knitting/crocheting/spinning/weaving/tatting/etc. They are also some of the most supportive, affirming and loving men I’ve ever met with as a group. You can possibly imagine the magic that happens when each and every guy takes 100% ownership of the event and works to make sure every other guy has a great time.

The synergy is mind-blowing.

The 3-minute movie shows all the photos below, but I include the photos as well so you can see who is who (which isn’t shown in the movie).

Yes, there was some current knitting buried in this post. 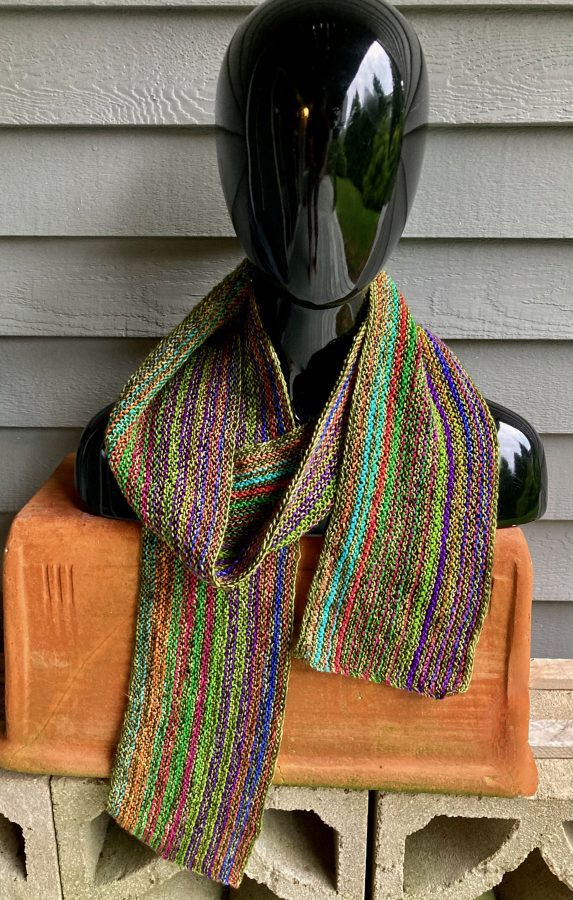 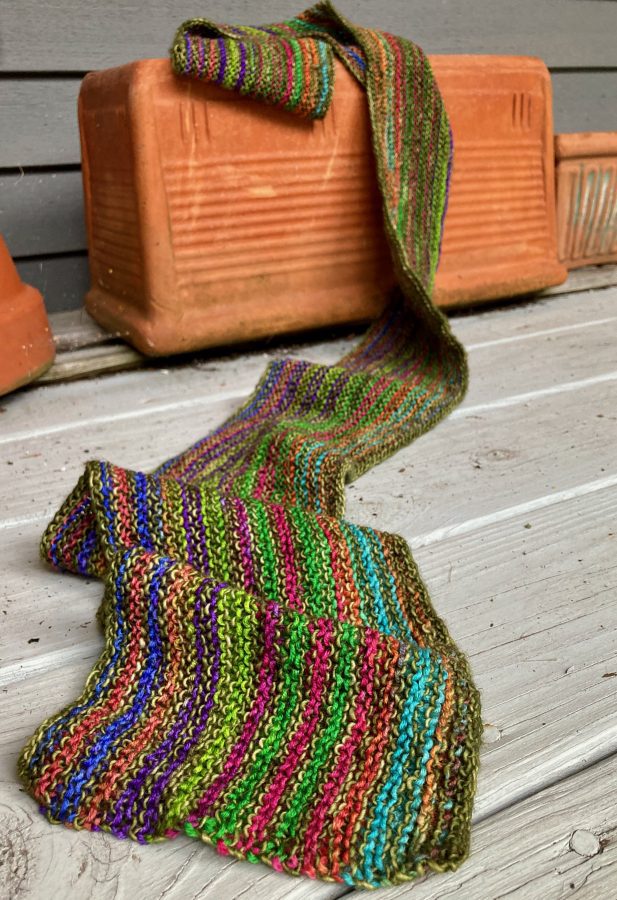 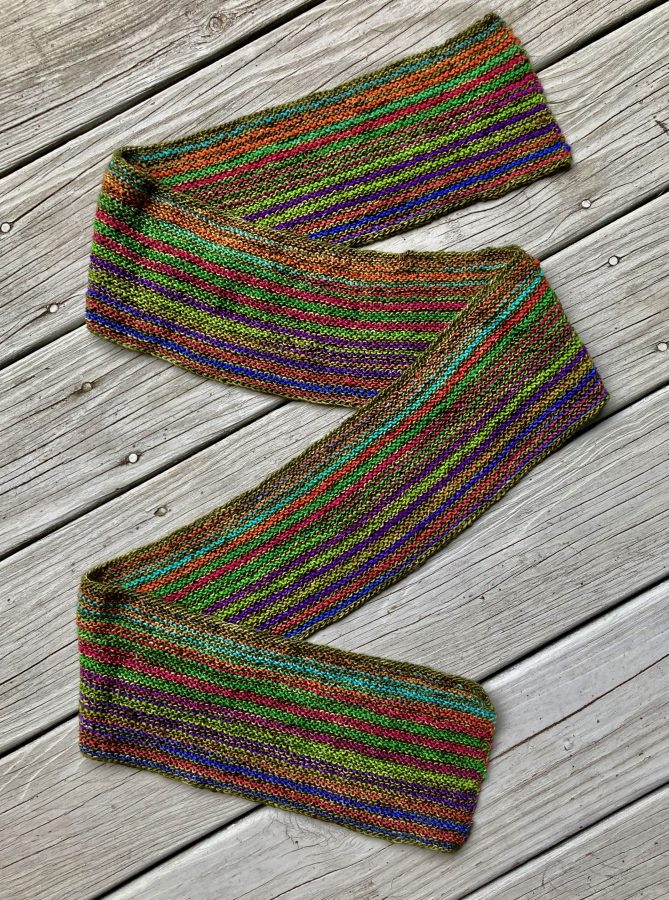 I love how this turned out…rich and colorful…my two favorite characteristics of some knitted fabrics.

One question…which side do you consider the “right” side on garter stripes? 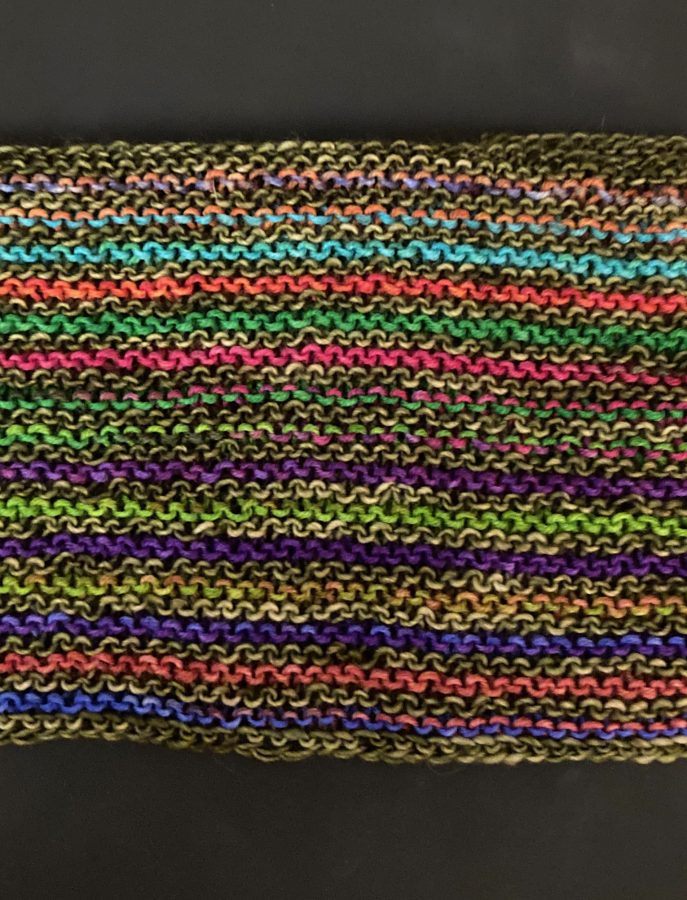 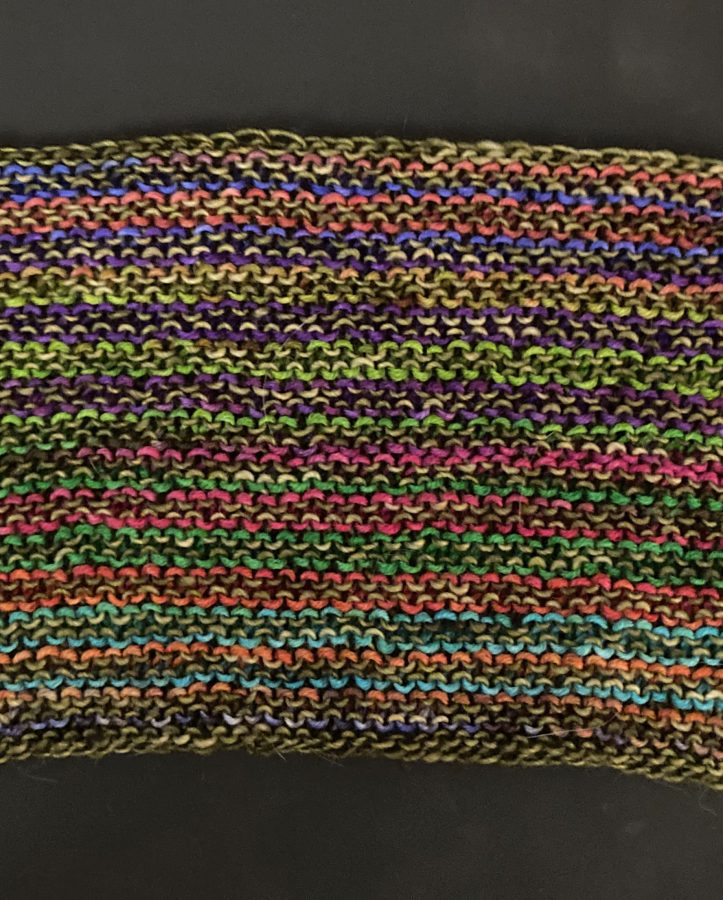 One shows the color striping more distinctly and the other mixes colors in very pleasant way?

Side one or two?