What Is A Patriot?

This will be mostly a “preaching to the choir” blog entry. But really…what is a patriot? And am I one?

What Is A Patriot – Do Self-Proclaimed Patriots Really Know?

It seems there is a common aberration with so-called Christians and so-called Patriots.

Both seem to confuse the menu with the meal…or they get caught up with the words and ignore the intent.

Both Christianity and Patriotism are determined based on how you live your life. Not how you profess to live it.

I used to work in a corporate office where we had both an employee cafeteria and an employee sit-down restaurant with servers. Both were subsidized and served good food.

One day, I was eating lunch in the restaurant with a co-worker who thought rules were more important than the intent of those rules. Yes, he was also a very conservative and entitled man.

The server made some minor gaffe…I can’t even remember what it was. But he berated her loudly about how proper etiquette and rules of polite society dictated how she should have handled this. He really “put her in her place” and tried to embarrass here in front of the other diners.

After she left, I asked him if rules of polite society didn’t also dictate that you shouldn’t be an asshole to make yourself look better (which he didn’t, but he thought it did). He couldn’t understand the intent of etiquette and politesse…he could only follow “the rules.”

As more and more of this country’s citizens are finding it acceptable to be shitty citizens. I would ask them to see if they can’t stop following inane rules that they have engraved in their head, and instead, act consistent with the intent of patriotism.

Our democracy may depend on it.

A friend of mine who purchased a hat from me at my latest Craft Show asked if she could get one for her husband who had hat-envy.  He has a large head (literally…not at all figuratively) and he likes green. So I put down the scarf I was working on and quickly knit this up. 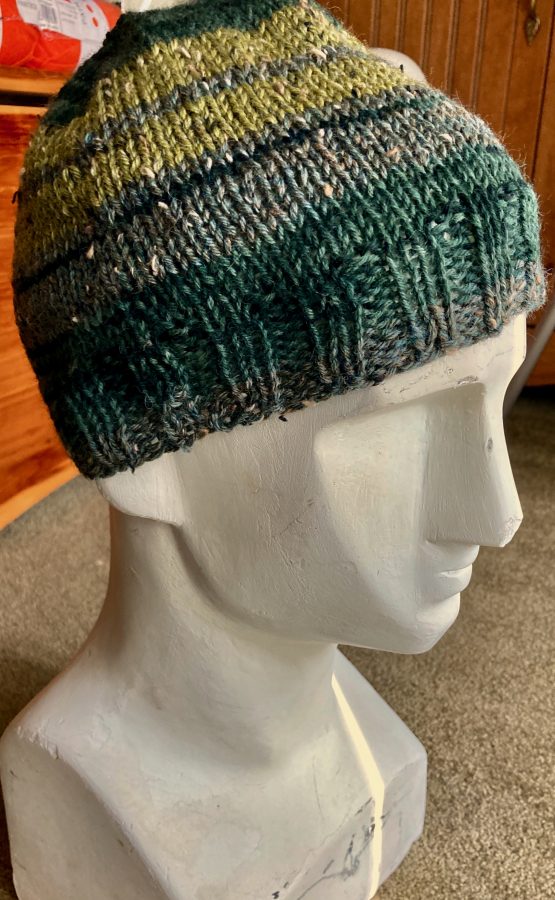 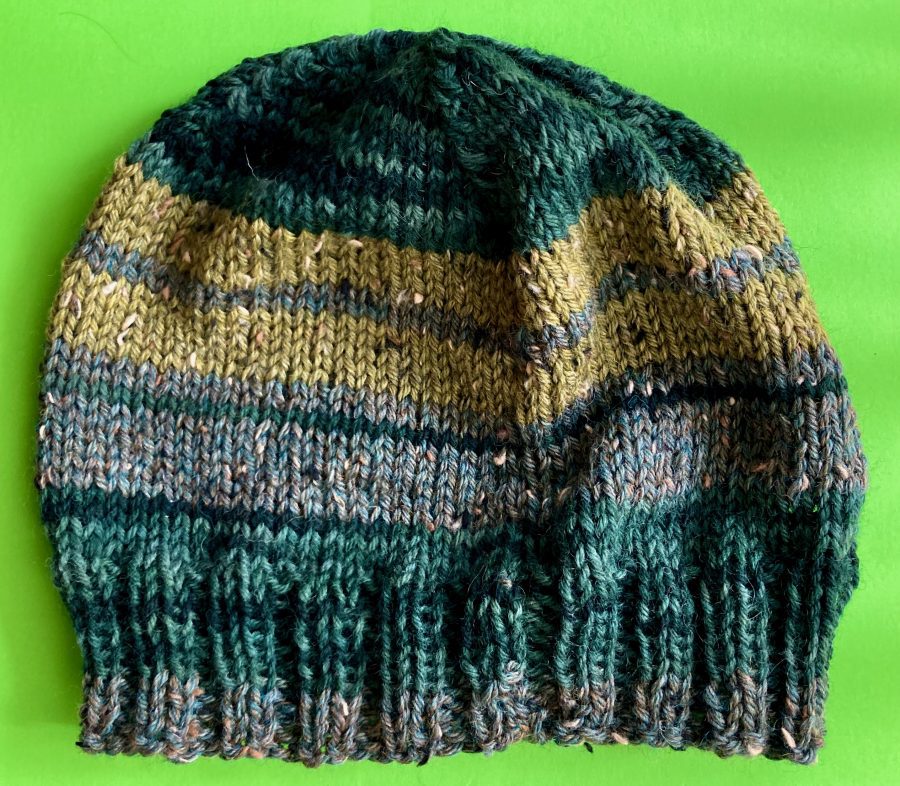 I used up leftover yarns from the half-finger gloves I was making a week or two ago and I love how it turned out. Hopefully so will he.

Fortunately, I was able to get right back on the Garter Striped Scarf I was working on from the last blog entry. And I was able to finish it despite the minor distraction of the hat project. 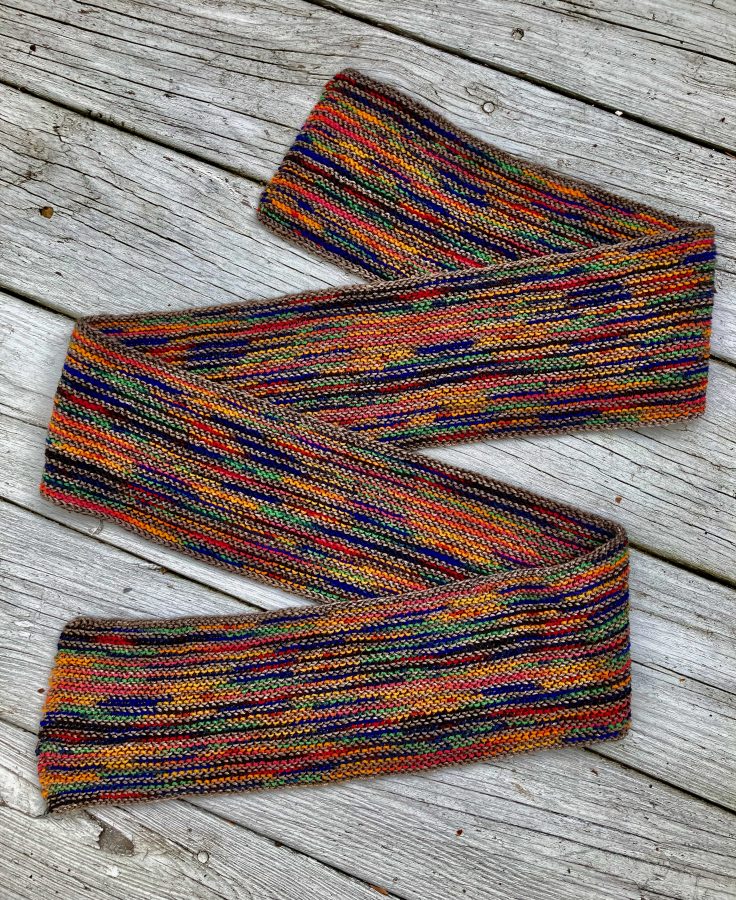 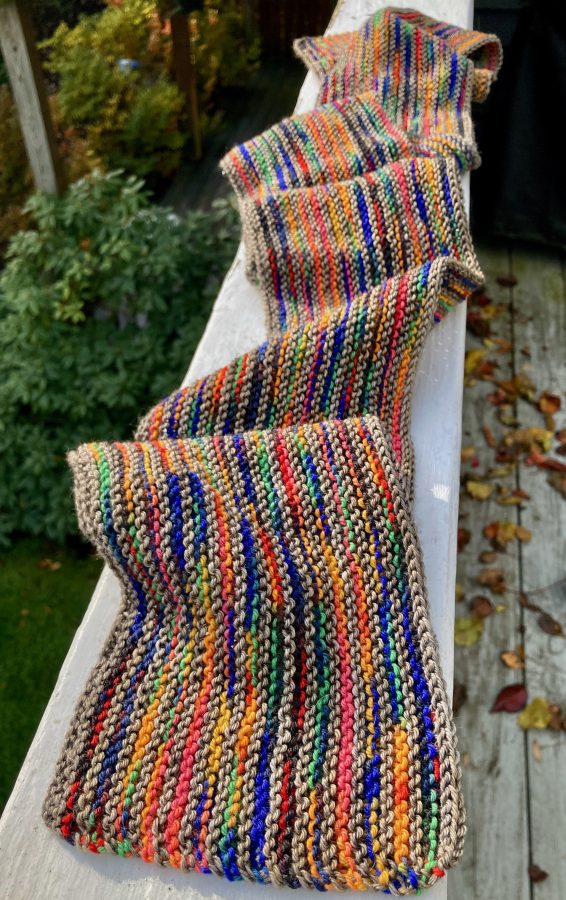 Love the Crayola crayon colors of the more colorful yarn. It turned out to be a nice looking scarf. 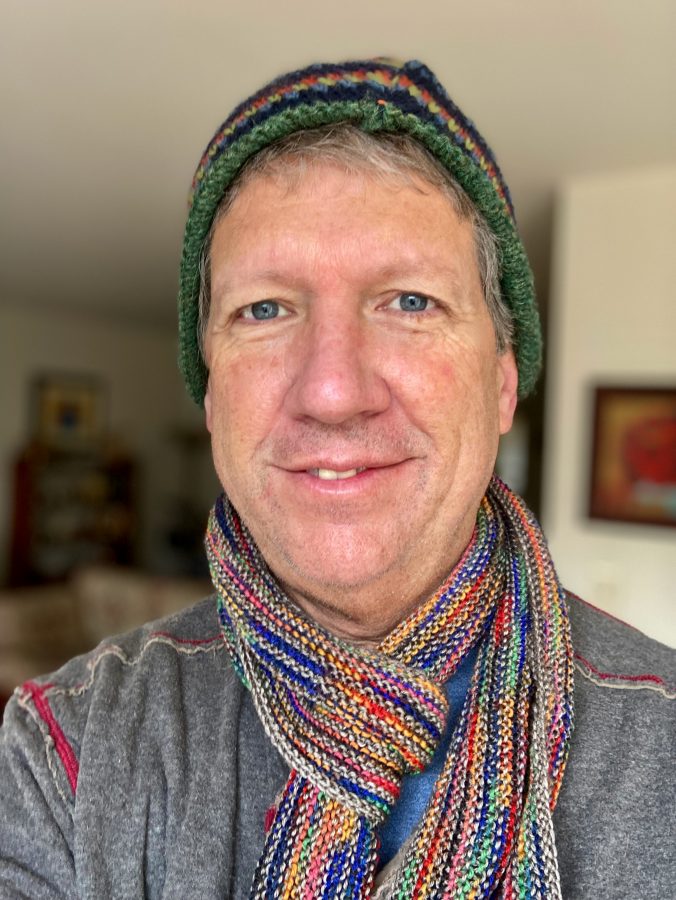 And so fast and easy! Not sure if I’ll sell or keep this one.

3 comments on “What Is A Patriot?”