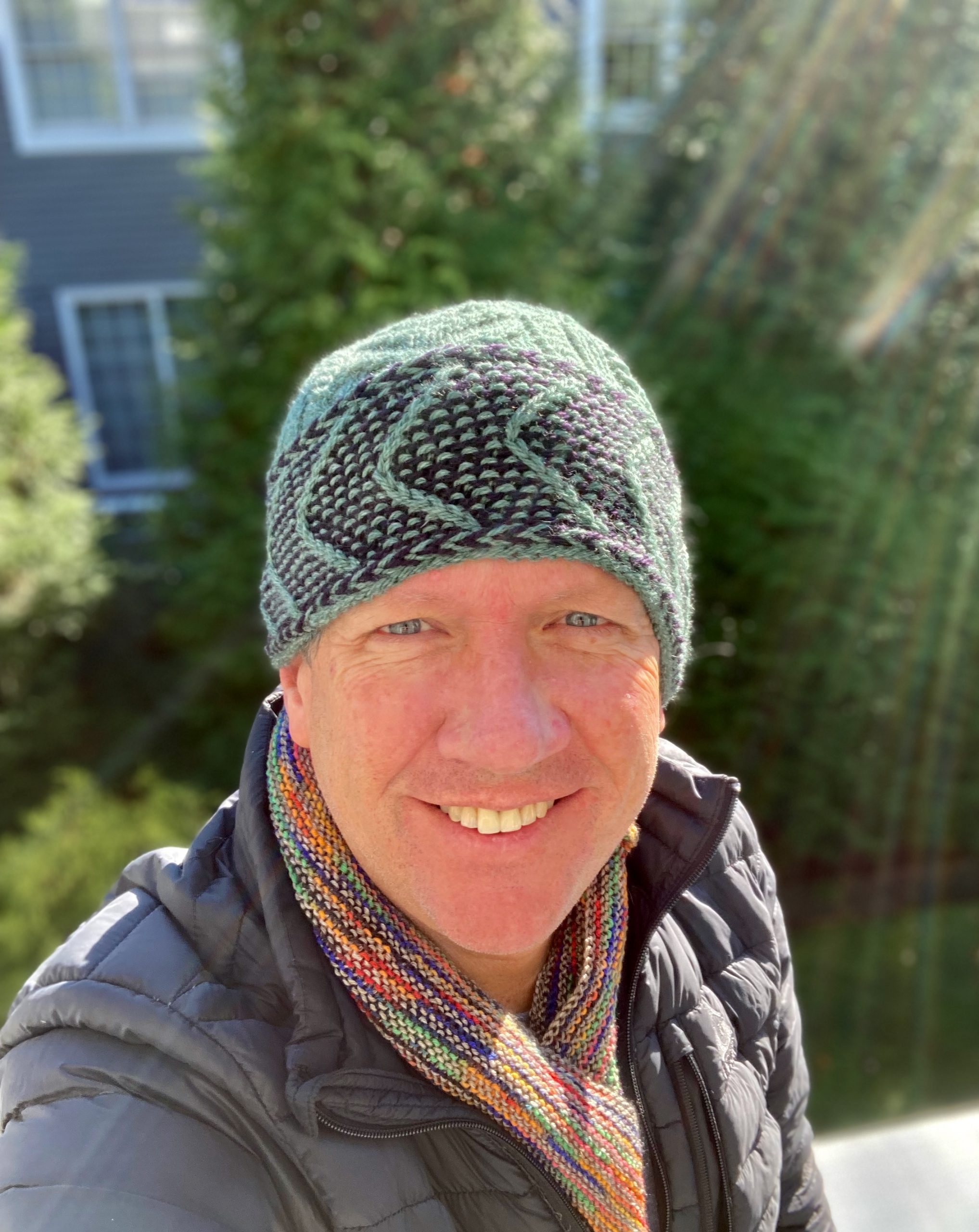 “Go West, young man, go West and grow up with the country.”

This was the full quote from Horace Greeley. But back to Stephen West’s hat design.

I love the both the chevrons on the headband and the Latvian braid “V’s” both point toward the left…or the West if it was a map. If Stephen had truly wanted to be consistent, he may have pointed the cabling in the same direction. But they point downward. Not Westward. Oh well. The cabling motif is still very youthful looking to me…to it’s still in line with the Greeley quote.

So, I have a mini survey to ask of blog readers. I recently started using a new photographic software on my iPhone that is supposedly good for creating web site photographs if you sell you designs.

Normally on my web site for selling my knitwear, I would include these two photographs: 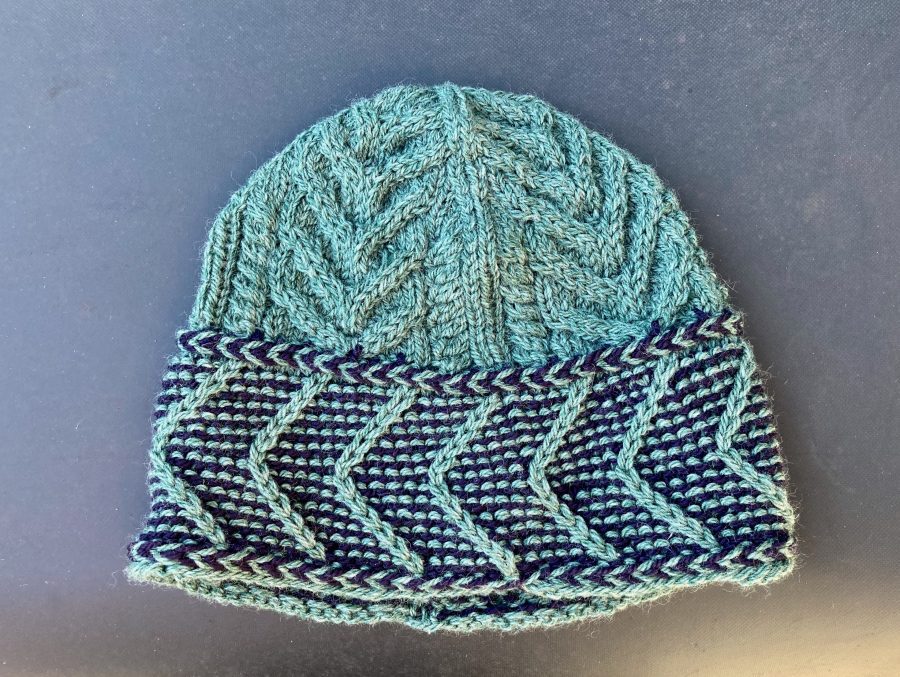 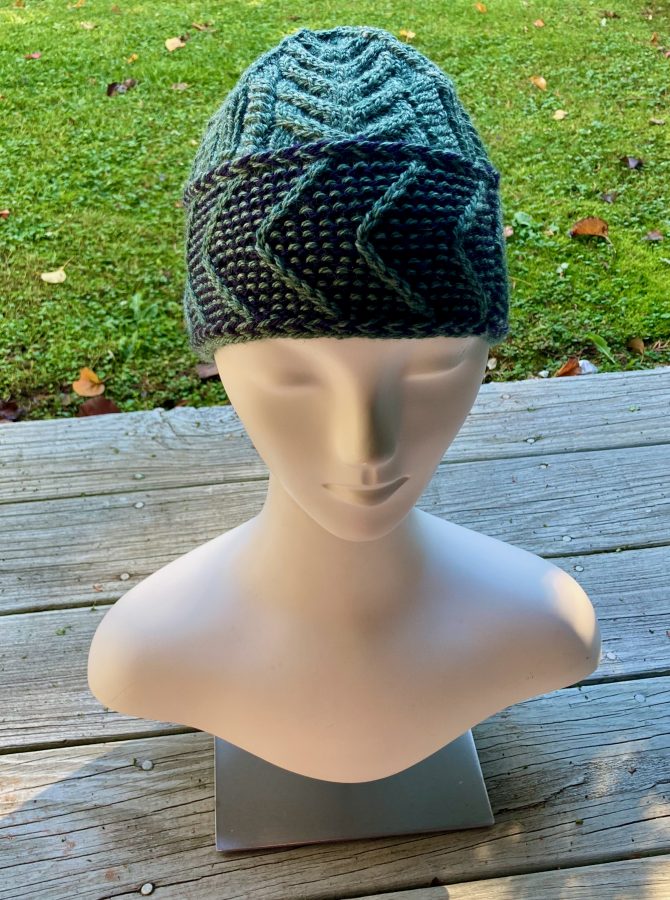 I will continue to include photos of mannequin heads wearing garments. Which photo would you prefer to be displayed as the primary “catalog” photo?

When I first started submitting craft show photos to be accepted into a show, I was given the advice to use photos only like #3.  Which would you prefer to see on the craft show web site?

Clearly, I finished the Westward Hat I was working on in my last blog entry. 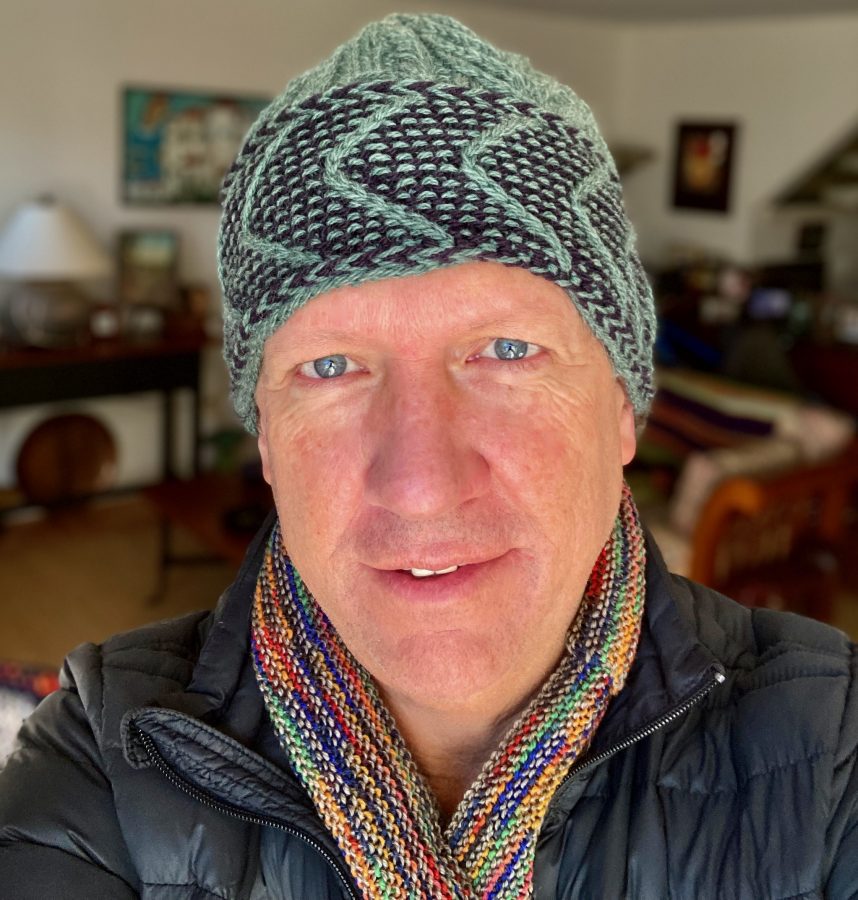 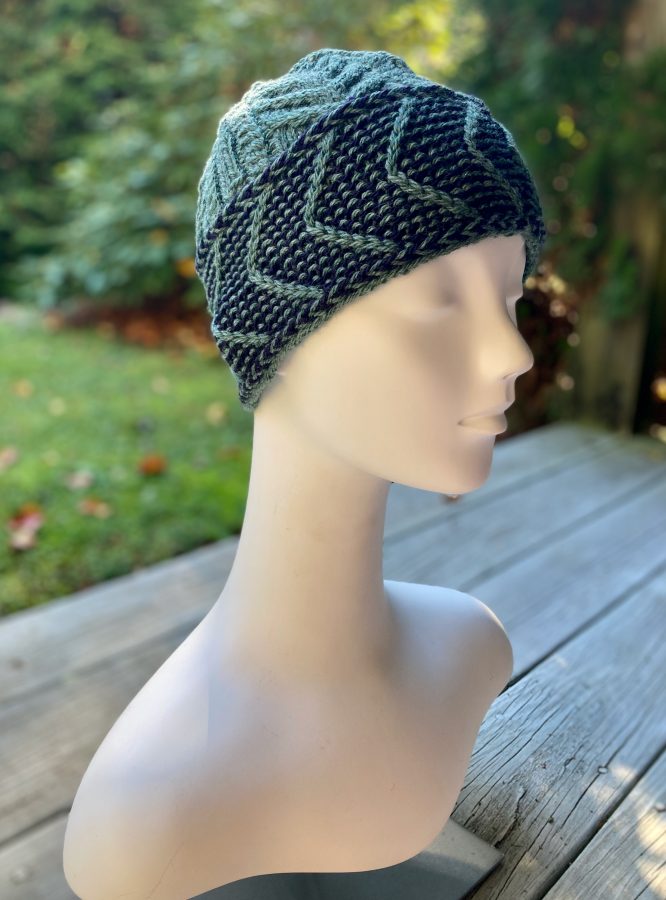 I did modify the design a little bit. I prefer a more rounded decrease at the top. 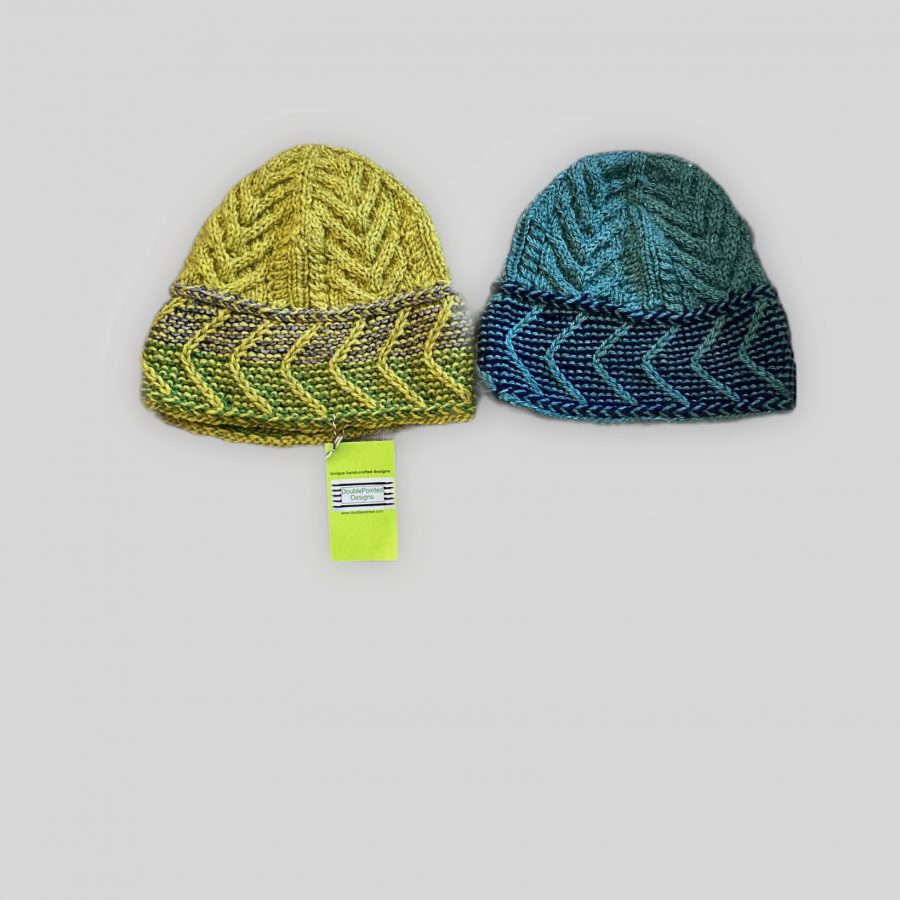 Not much difference, but I prefer my version slightly better. 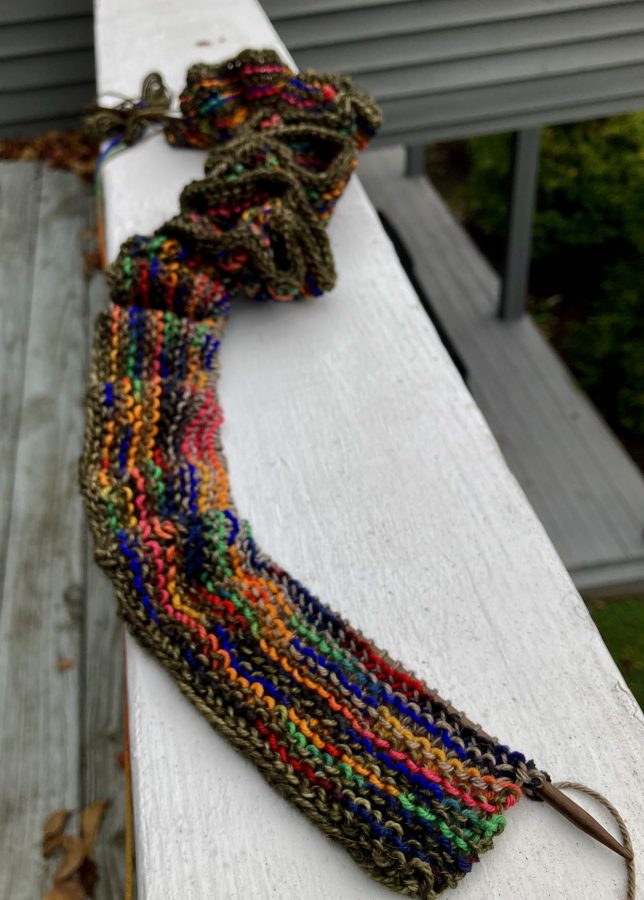 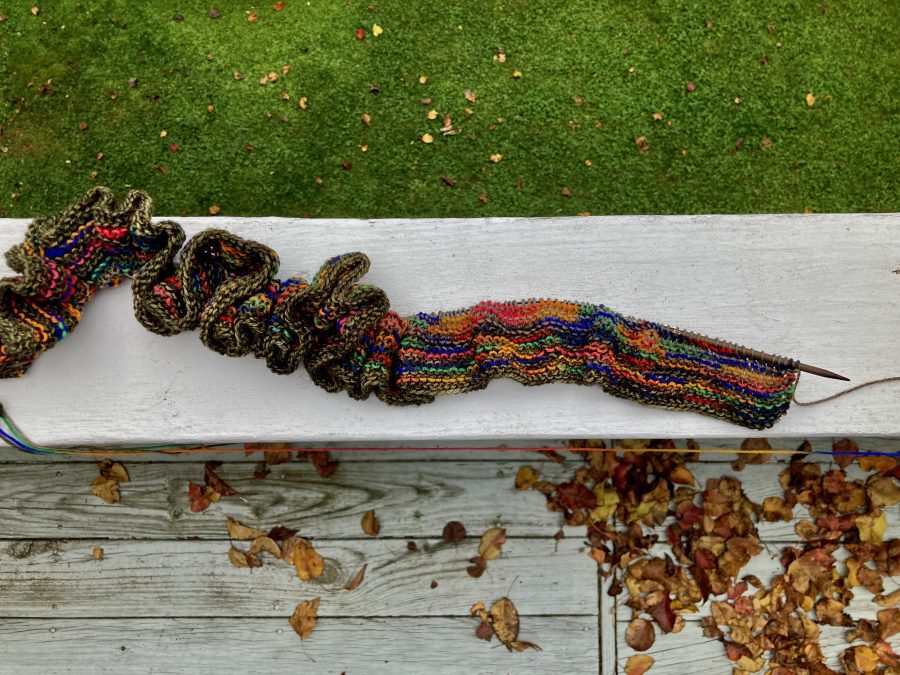 It’s very similar to the last one I made. This one uses the same multi-color yarn, but the “background” yarn will be darker. The scarf will also be longer and wider than the last one, since buyers at the craft shows seemed to think this would be a good scarf for guy gift.