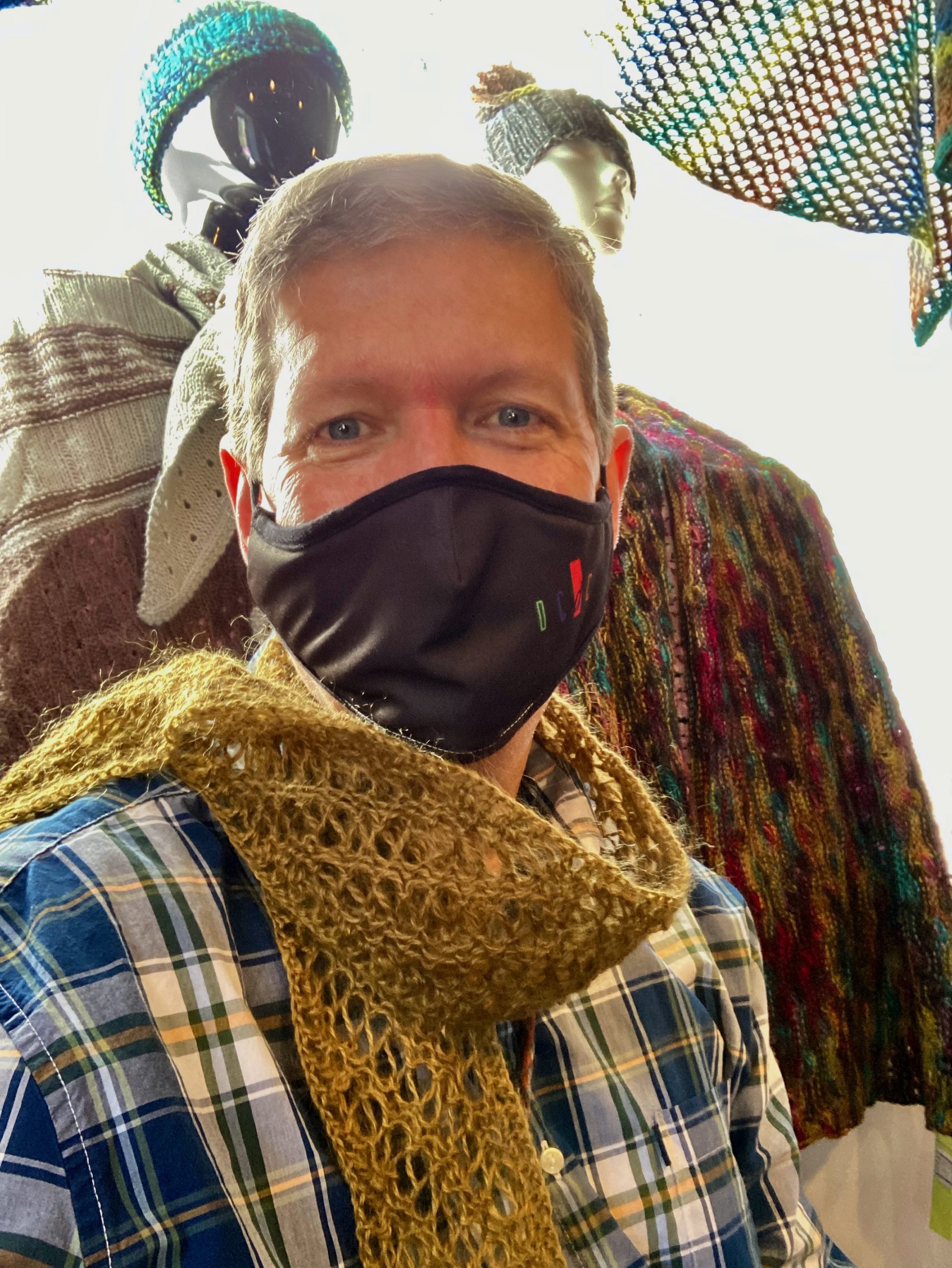 It’s been a week since my last blog entry.  Very unusual for QueerJoe, but last week was a bit of a whirlwind.

A Whirlwind of Craft Show Prep

Last week really turned out to be all about the gloves. Or Rose’s Fingerless Mitts to be more accurate. 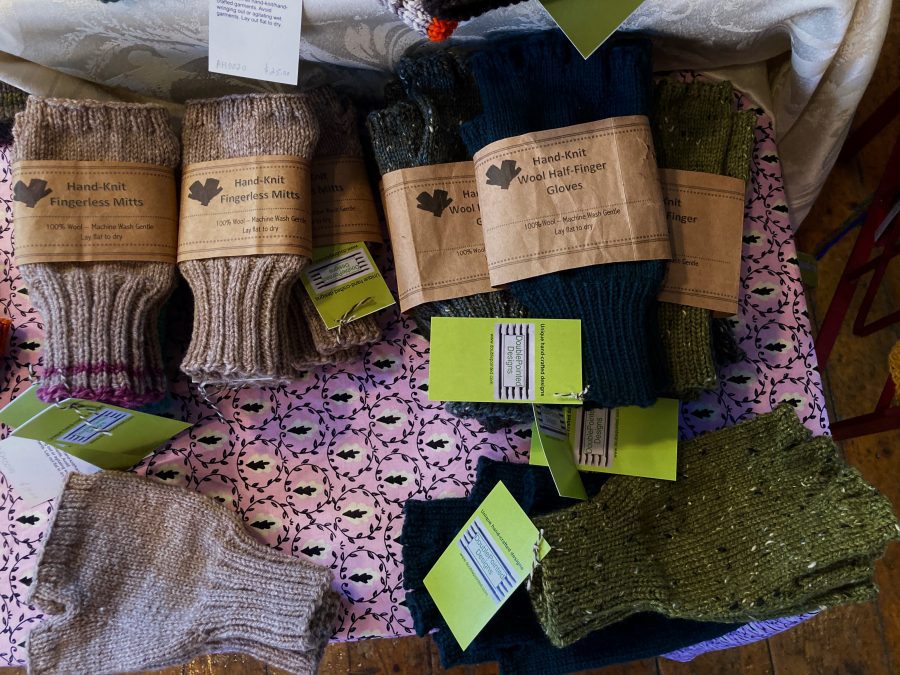 I ended up finishing 10 pairs of the fingerless mitts and sold all 10 pairs.

Normally, craft show vendors can sell about 20-25% of their inventory before their table looks kind of picked over. Even after selling 23 items last month, I considered that I had plenty to sell this past weekend. Over 100 items is a lot for me.

But selling over 50% of my inventory was quite surprising. Even a little unsettling as I had to continue re-configuring my display so it didn’t ever look sparse. 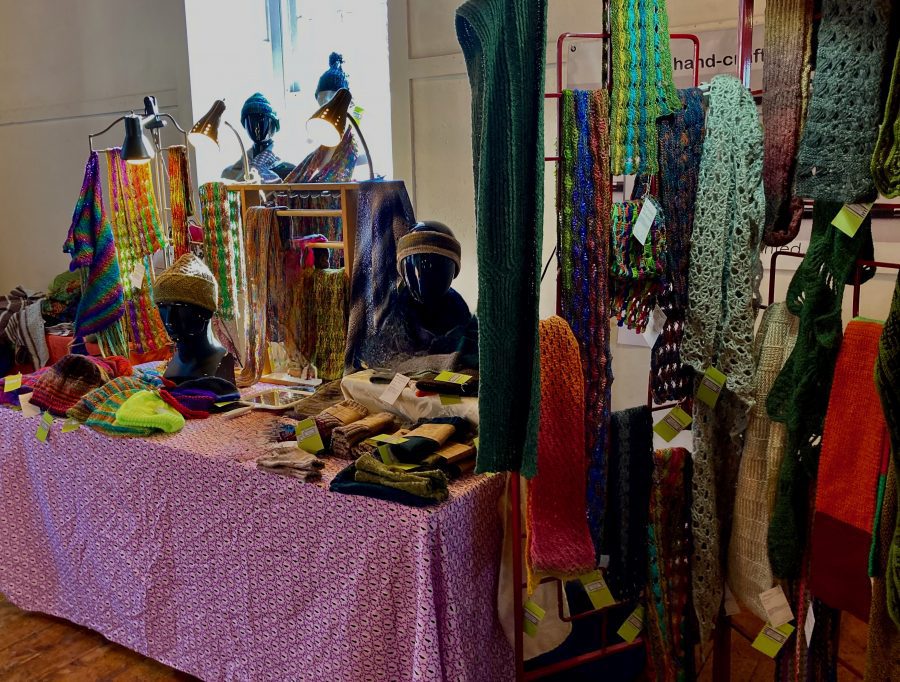 I am exhausted and very satisfied.

The people were amazing. Both co-vendors and shoppers were really pleasant. And the boost to my ego for how popular my items were was fantastic.

Last week, Larry asked, “Do you have a written pattern for the half finger gloves? I would like to buy it for my sister-in-law who is a birder and still needs to use her fingers for the binoculars. Thanks”

I’m assuming you really mean the half-finger and not the fingerless mitts. Although, technically, I don’t have a pattern for either. For the half-finger gloves, I use a pattern by Aaron Bush called Choose Your Own Cable Adventure Gloves. But I modify the pattern in two ways. I don’t add a cable motif to my gloves (but it does require me to add two stitches to the hand of the glove to keep my stitch counts the same). I also don’t knit full fingers as his pattern calls for. I only knit 5 rounds of finger and then finish with 2 rounds of 1×1 rib at the top before binding off each finger.

If you really meant the fingerless mitts (which are MUCH easier to make, but not as warm), I will probably publish the pattern in a week or two.