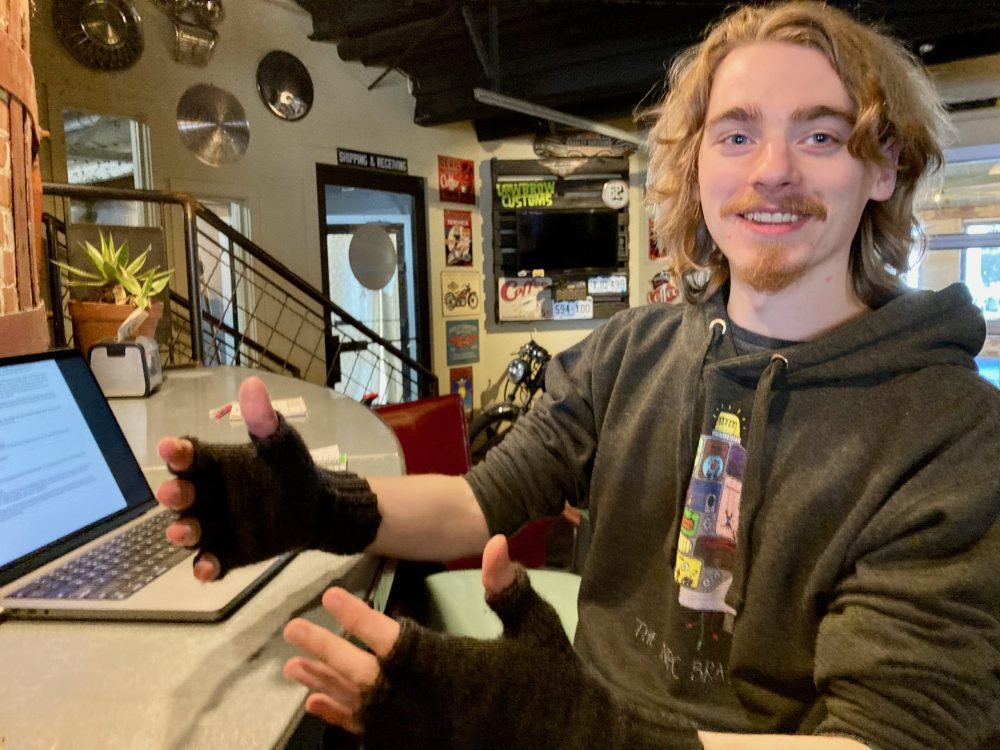 Finding My Hand-Knits In The Wild

Now that I’m selling my hand-knits, it’s very exciting when I spot my hand-knits in the wild.  Though it doesn’t happen very often.

Twice I’ve Spotted People Wearing My Hand-Knits In The Wild!

Yes, I’ve seen friends wearing my hand-knits. And of course I’ve seen Thaddeus and other family wearing items I’ve made them. But it’s a rare siting to see something I’ve knit show up in public unexpectedly.

Today’s feature photo is Tom, who purchased half-finger gloves at my first show this past November. He can be found studying in the cafe near where the craft show is held. And when it’s chilly inside, the half-finger gloves are perfect to keep his hands warm while he types/texts/taps, etc.

The only other time this has happened was in my local grocery store. And I don’t have a photo.

There was a woman in line to check out. She was wearing a hand-knit beanie and it looked great on her. I was going to compliment her, when I realized it was made with Noro yarn, and it was likely one of my very own! When I asked her where she got it and she said it had been a gift. I was pretty certain I knew who had bought it for her and asked her if it was a gift from someone named Beth. She was a bit startled until I told her I had knit it and sold it to Beth.

Yes, the times are rare. But maybe it’s their very rarity that make them so exciting. 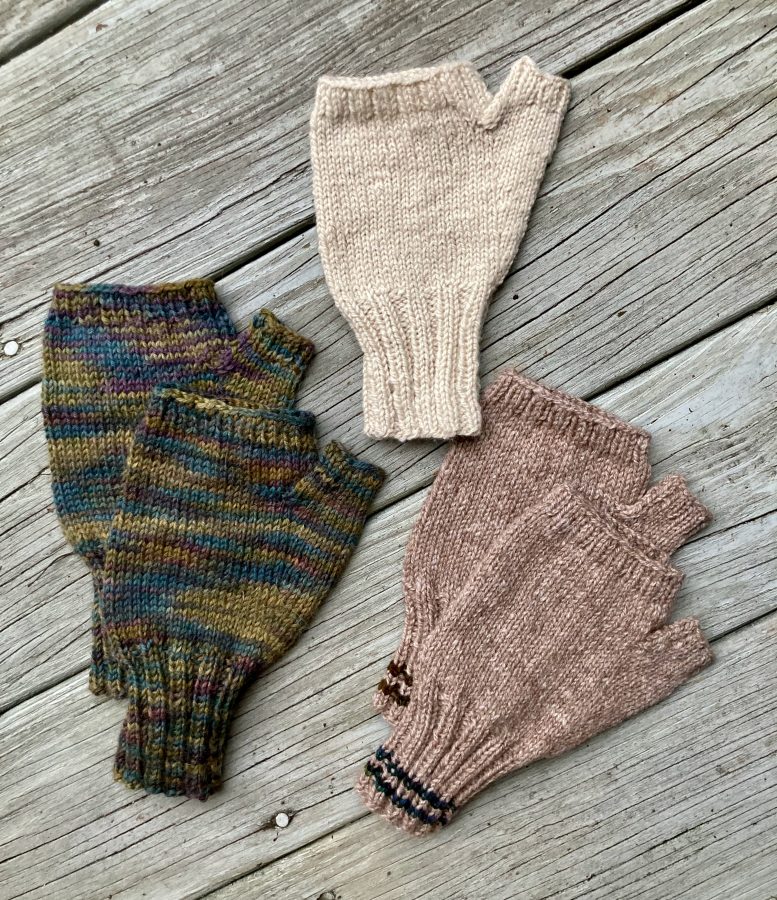 Using three different yarns for these mitts makes for and incredibly different fabric. The two lighter colored yarns are both Cormo/Alpaca blends in a Sport weight. They are both squishy and soft, but VERY different in the hand of the fabric. I have one more Cormo/alpaca blend yarn ordered, so we’ll see which one I end up doing most of my mitts with.

5 comments on “Finding My Hand-Knits In The Wild”