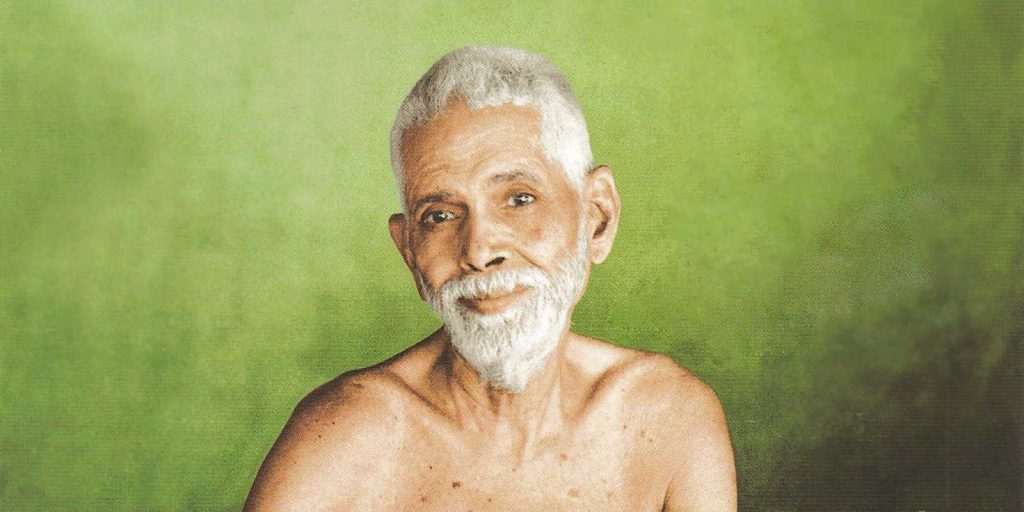 “Your own self-realization is the greatest service you can render the World.” – Ramana Maharshi

Here’s a belief I’ve had for a while now:

As one moves along their journey to enlightenment, they bring the Universe with them. And that includes me. And you.

Eventually, there will be a critical mass of awakened people. A critical mass, because the movement toward universal awakening will start to be self-perpetuating. In fact, the absorption of everyone and everything into this vast enlightened space will be unstoppable at that point.

Devout religious folks might translate this as the rapture. And not to get all religious-y on you, but I think it is probably accurate. Having some level of Christ-consciousness or Buddha-consciousness…or Muhammad or Gaia or anyone who has awakened become realized is really I think the same thing. And when this awareness is everywhere, then universal harmony will abound.

I say this because I think it’s important that we all work toward some level of harmony with existence.

Someone analogized it for me once. He said if you put one drop of blue dye into an aquarium filled with water, it will have no visible effect. Add another drop and the water is still not blue. But if you continue, at one point the water will become decidedly blue.

Now expand that to all of humanity and the oceans instead of an aquarium.

Now I just keep adding my drop of blue dye to the Universe.

Now that I’m not fiddling with designing the cowl/gaiter, I can bang them out pretty quickly. 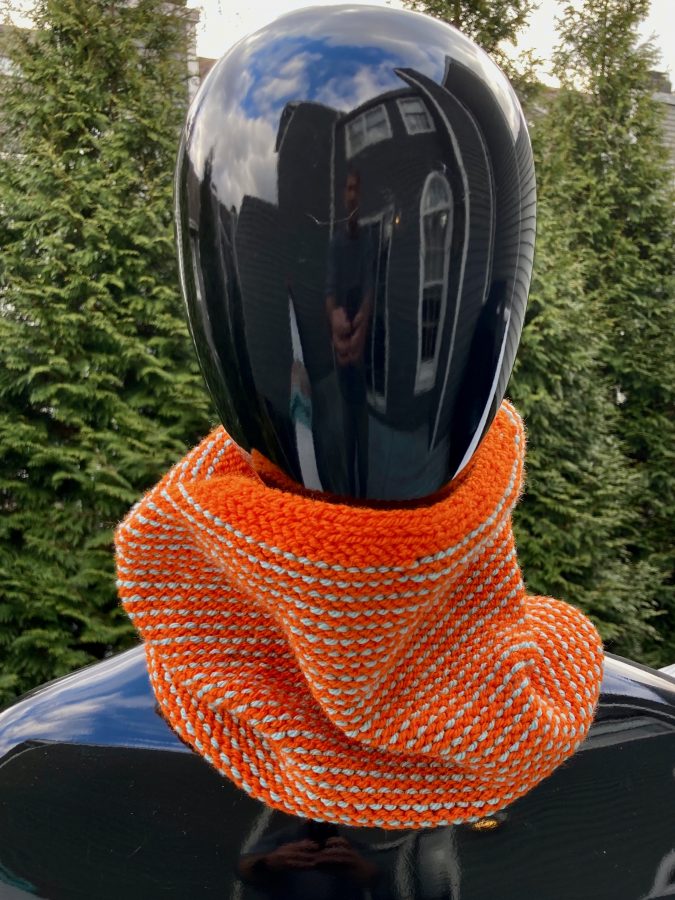 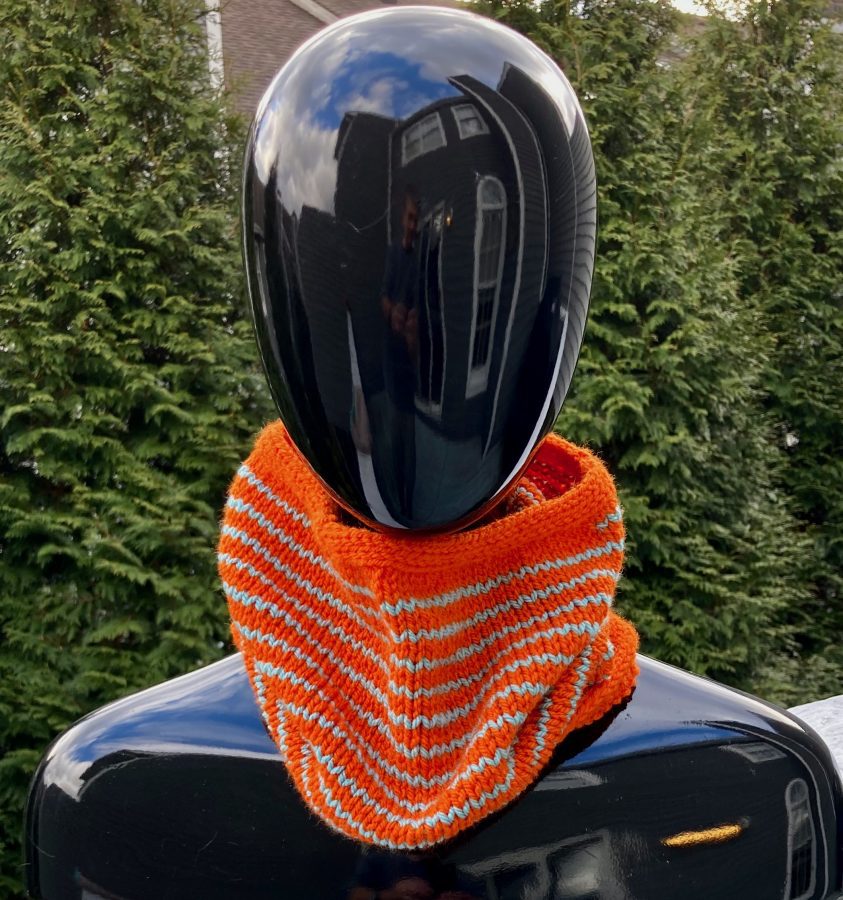 It’s just the reverse colorway of Monday’s cowl/gaiter. Here are a few photos for comparison. 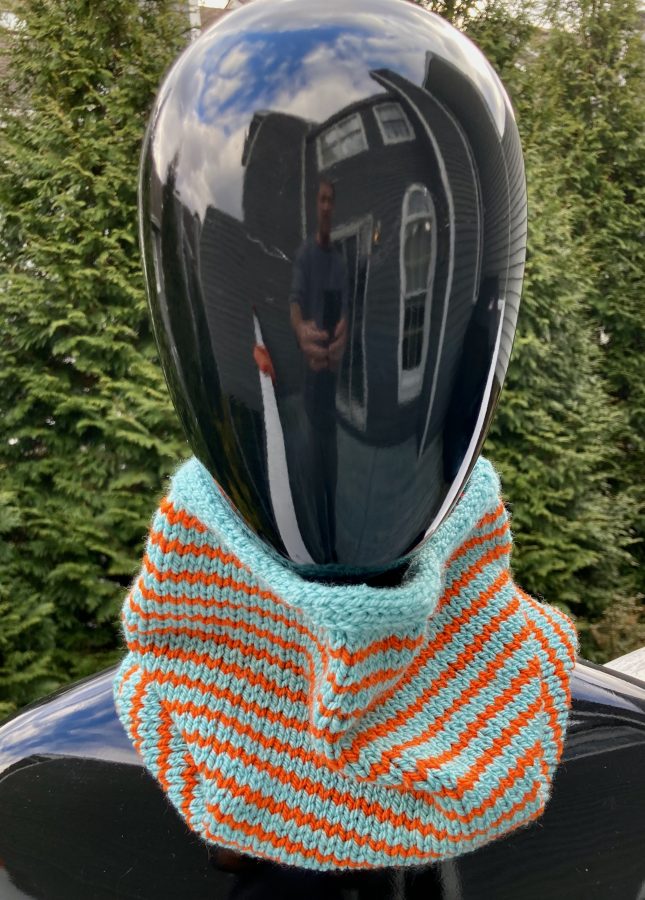 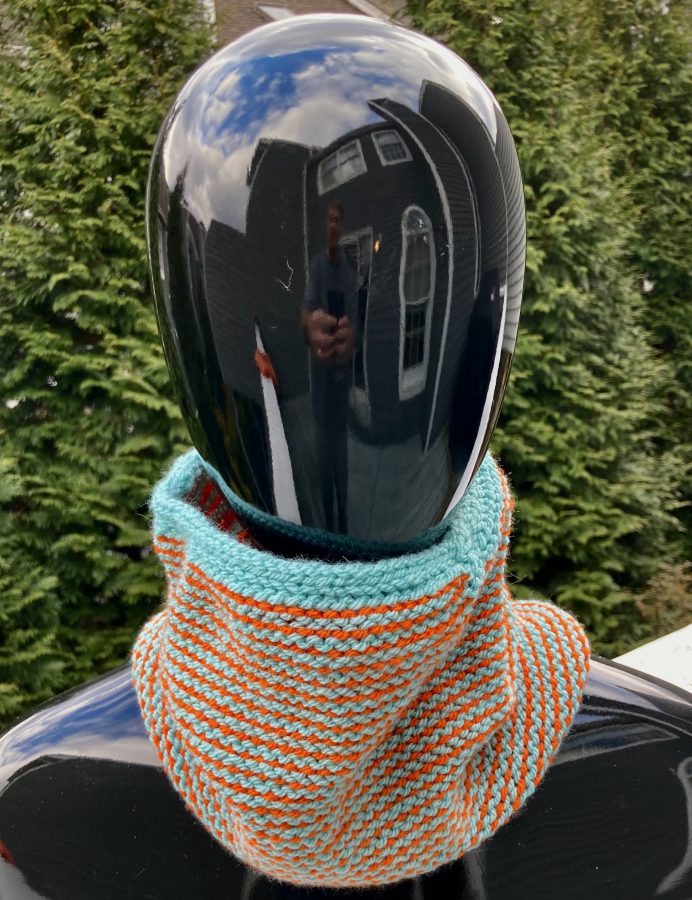 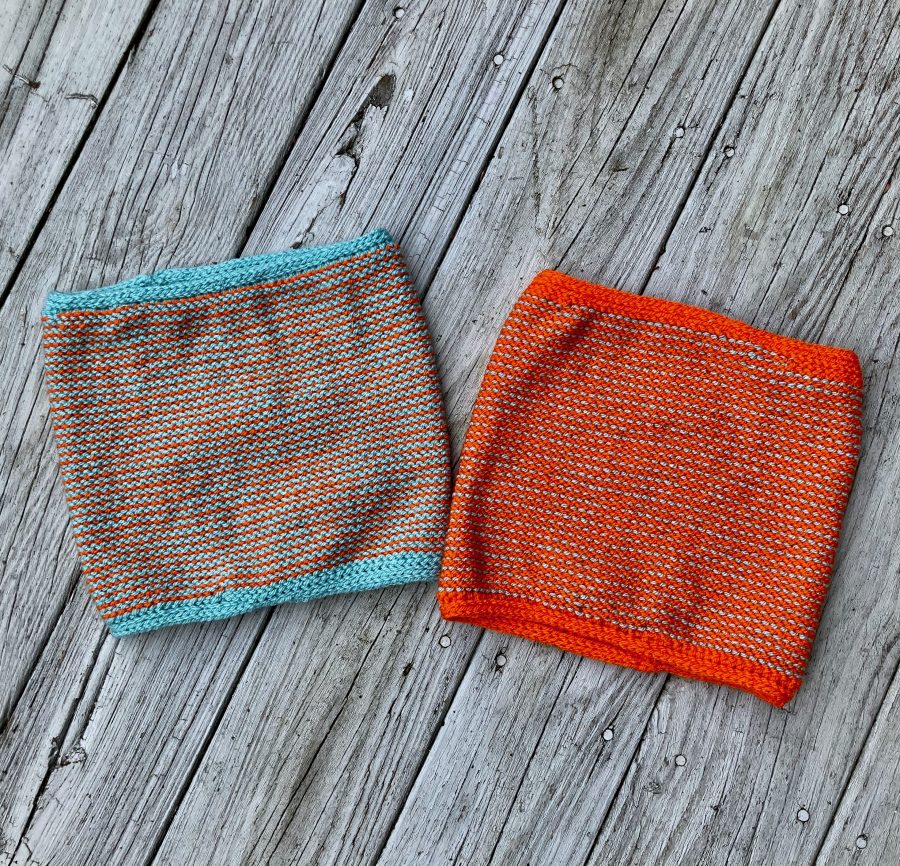 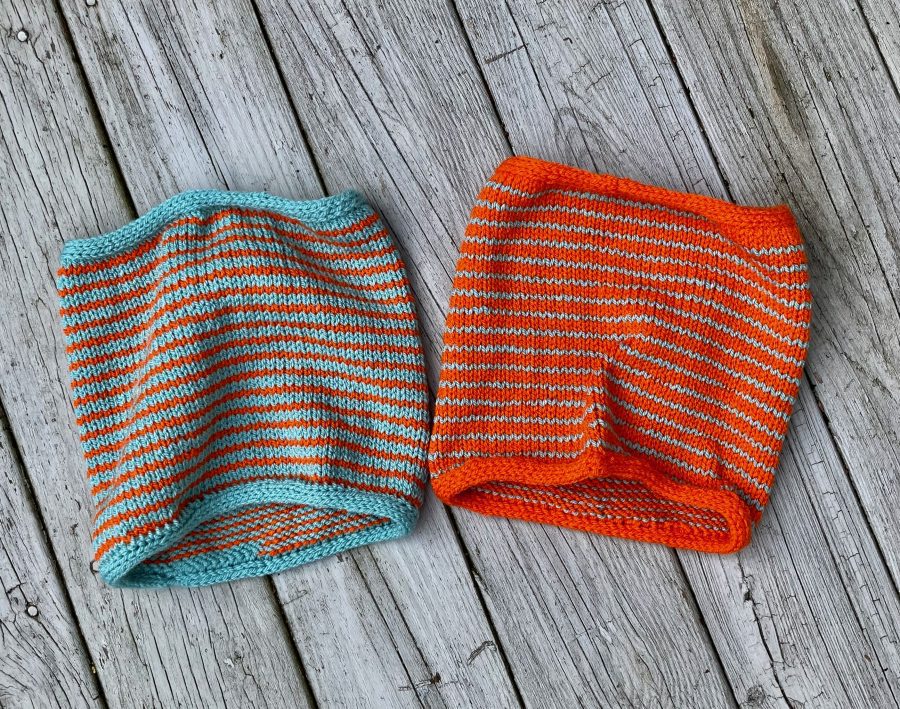 Helical knitting is used to create the striping.