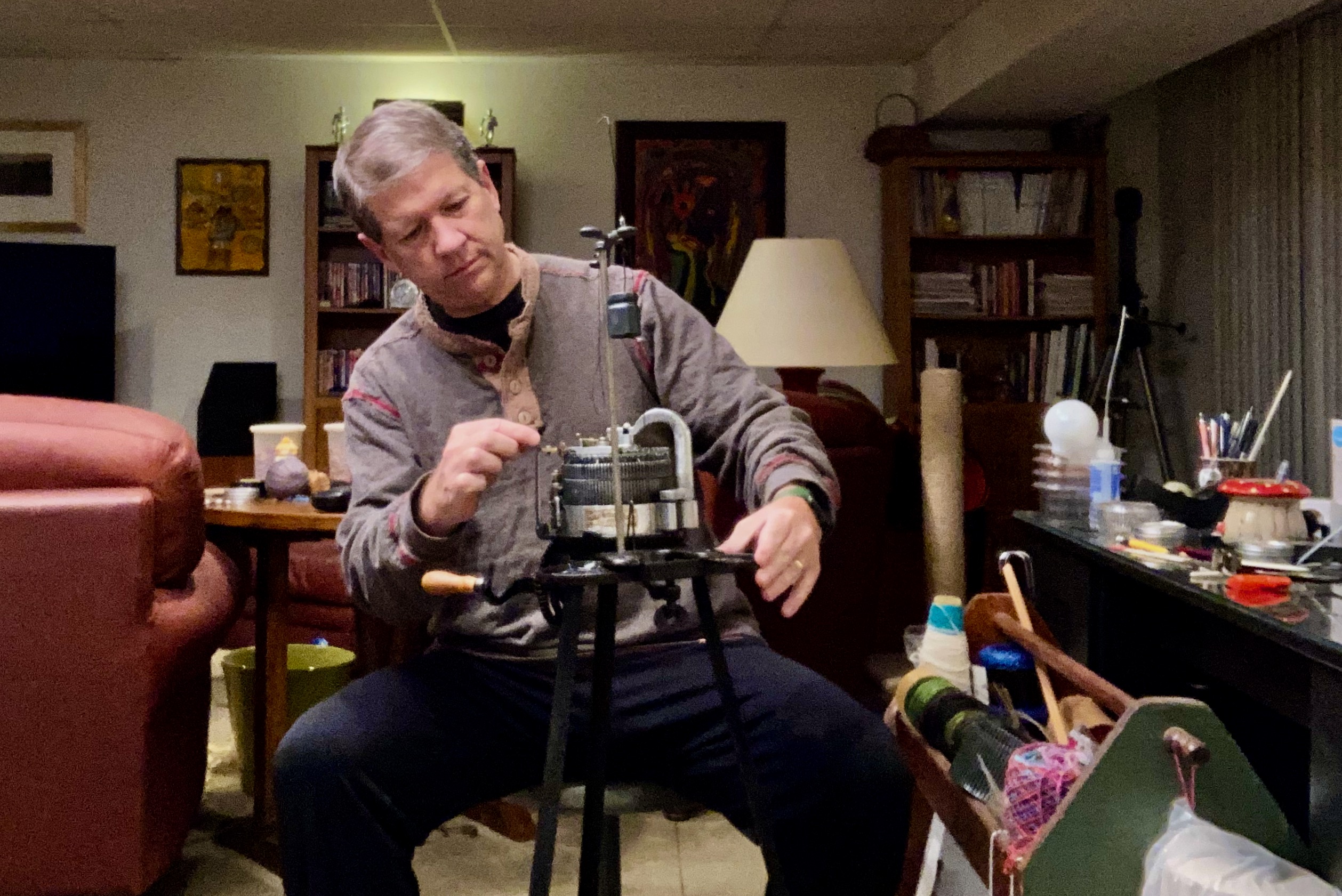 Perseverance That Pays Off

I’ve noted this before. When someone finds out I knit, often their first comment is, “you must be so patient.” They clearly don’t know me, because I’m quite the opposite. When it comes to knitting, it’s perseverance that pays off.

Is It Obstinance or Obsession of Perseverance That Pays Off?

When I first started trying to make a sock on my antique circular sock knitting machine, I was flummoxed. There were too many variables. Too many settings I didn’t understand. My skills were vastly insufficient.

It also happened to be over 20 years ago. And YouTube didn’t have video tutorials.

A few weeks ago, I swapped out my 80 slot cylinder with the 100 slot cylinder. I wanted to make a finer gauge sock. A sock that would be equivalent to a 100 stitch sock on US00 (1.75 mm) needles and lace-weight yarn.

Little did I realize that it was almost like learning a new machine.  All the settings needed to be recalibrated and tested. It’s a different gauge latch-hook needle, so I had to test all of them to make sure none were bad. It took me weeks, but finally I had success. 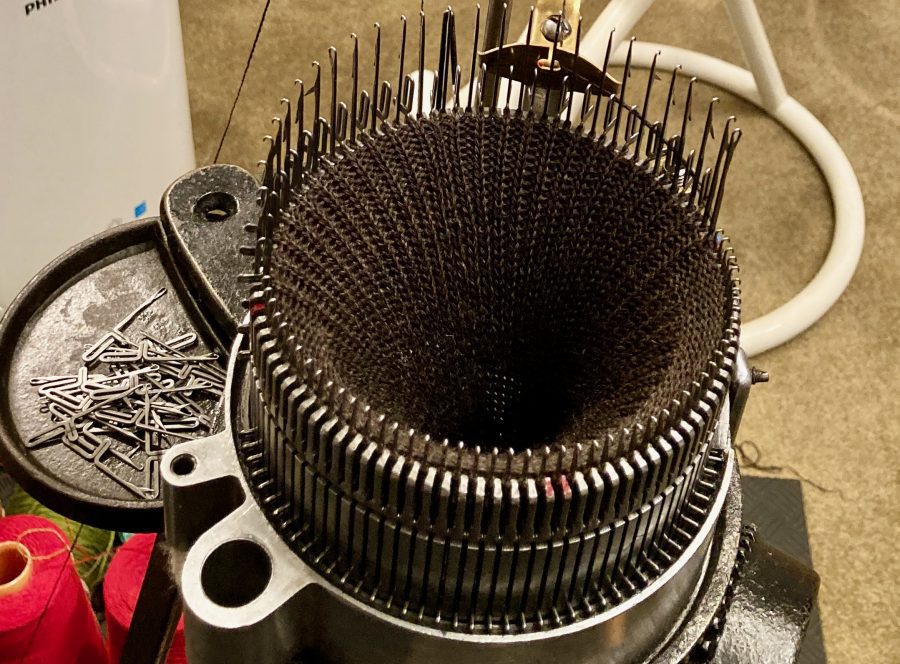 This photo shows a very important stage of cranking a sock. I’ve just completed the leg of the sock. 160 rounds of 1×1 ribbing. The entire cuff is made entirely blind, because the ribber plate is covering the top of the cylinder.

When I’m just about to turn the heel of the sock, I can remove the ribber plate. And breath again!  No mistakes on the leg! 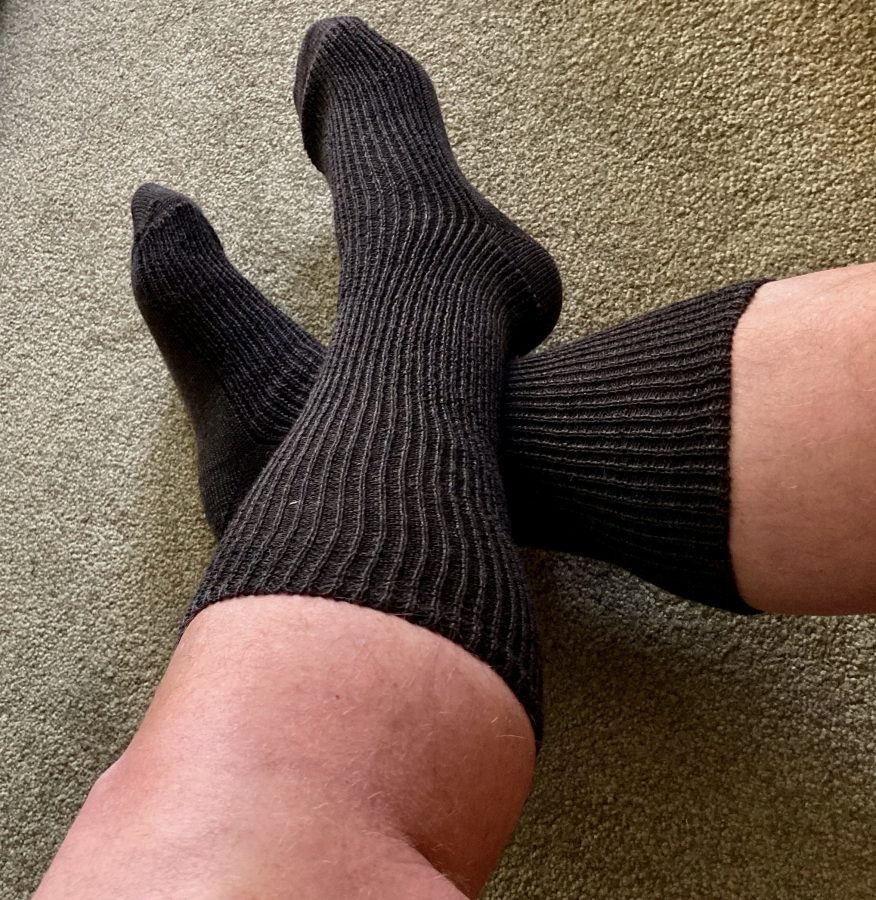 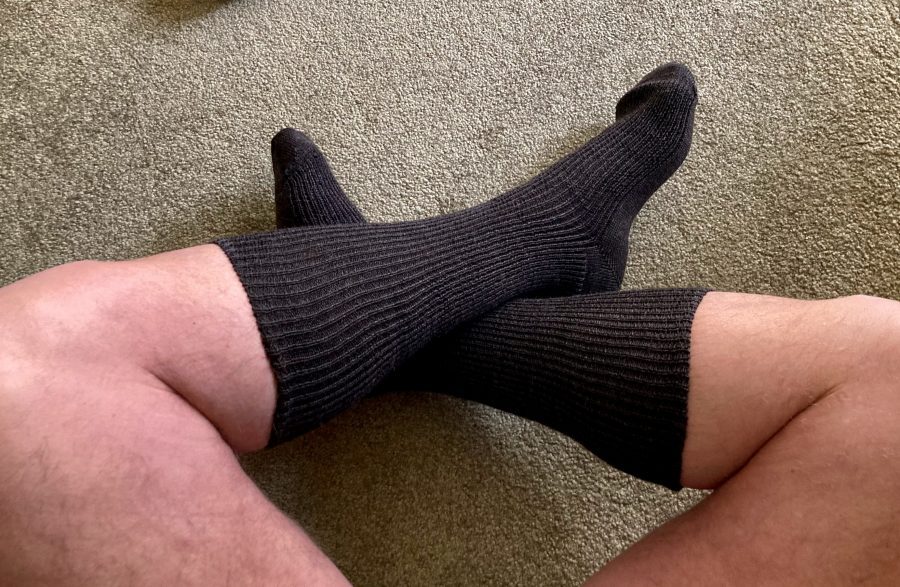 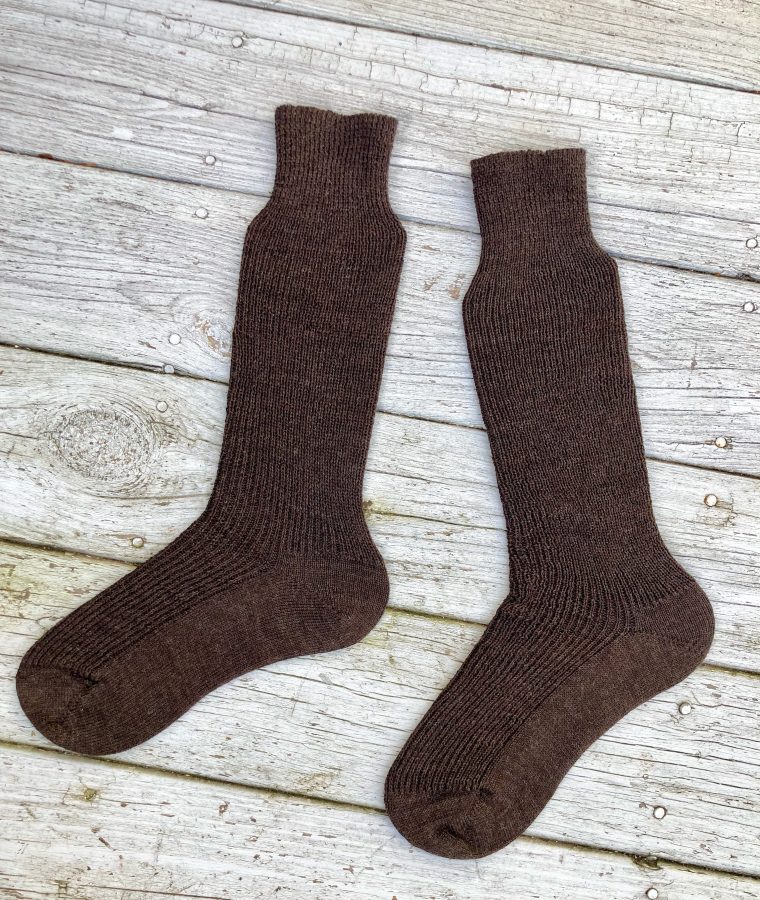 Making a similar sock by hand would take me about a month. And my hands would ache from using 1.75mm needles.

I’m very happy with how these turned out. There is no better satisfaction than working through a ton of issues and to end up with total success.

Where has perseverance paid off for you?

In addition to machine knitting about 40,000 stitches to make a pair of socks. And kitchenering/grafting 200 toe stitches, I also made another snug cowl/gaiter. 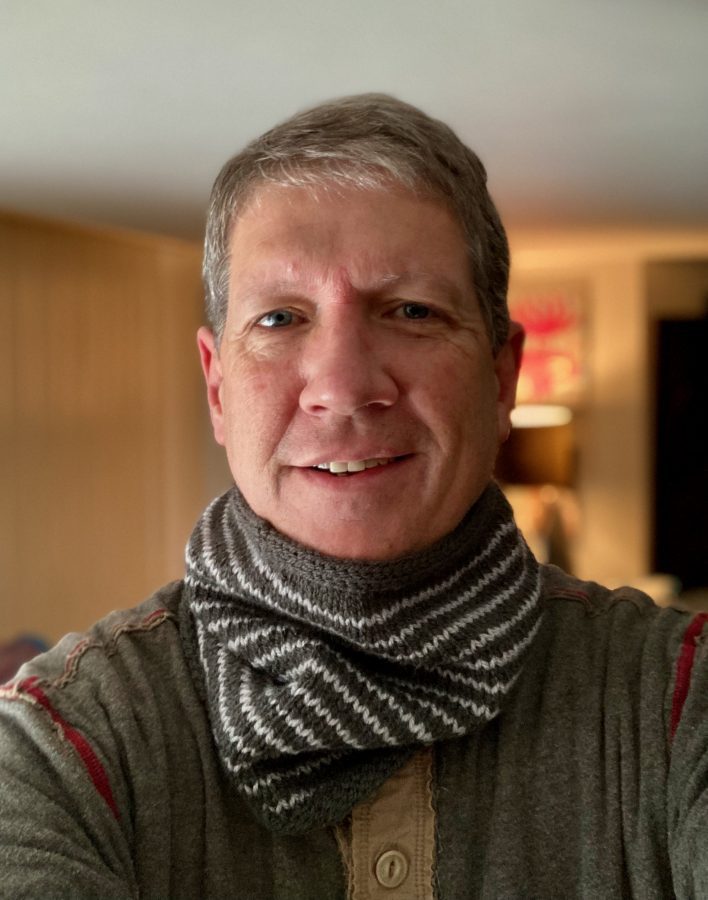 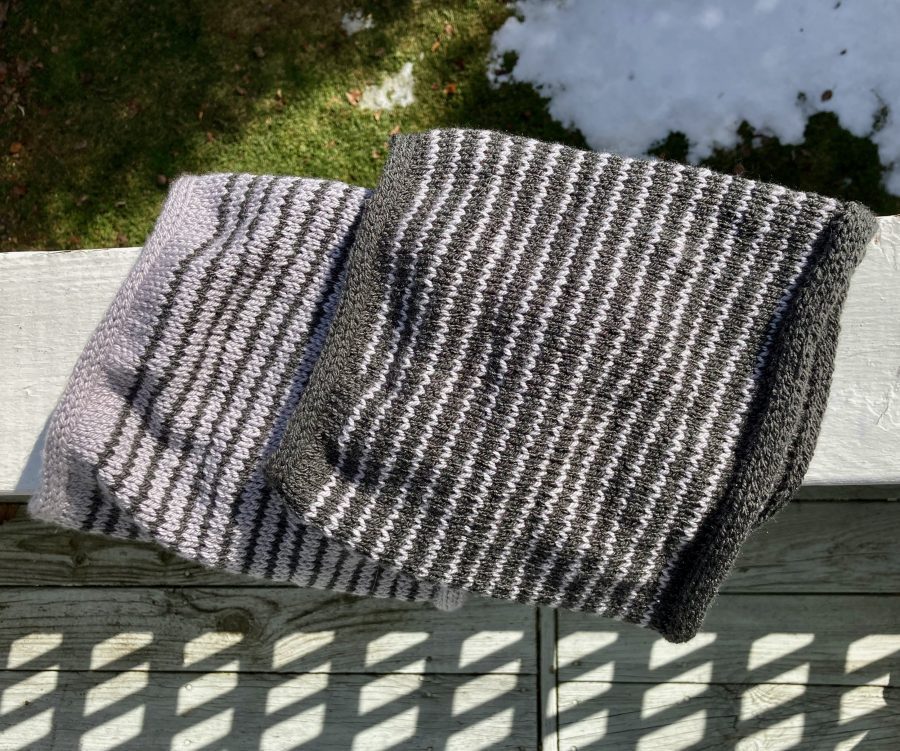 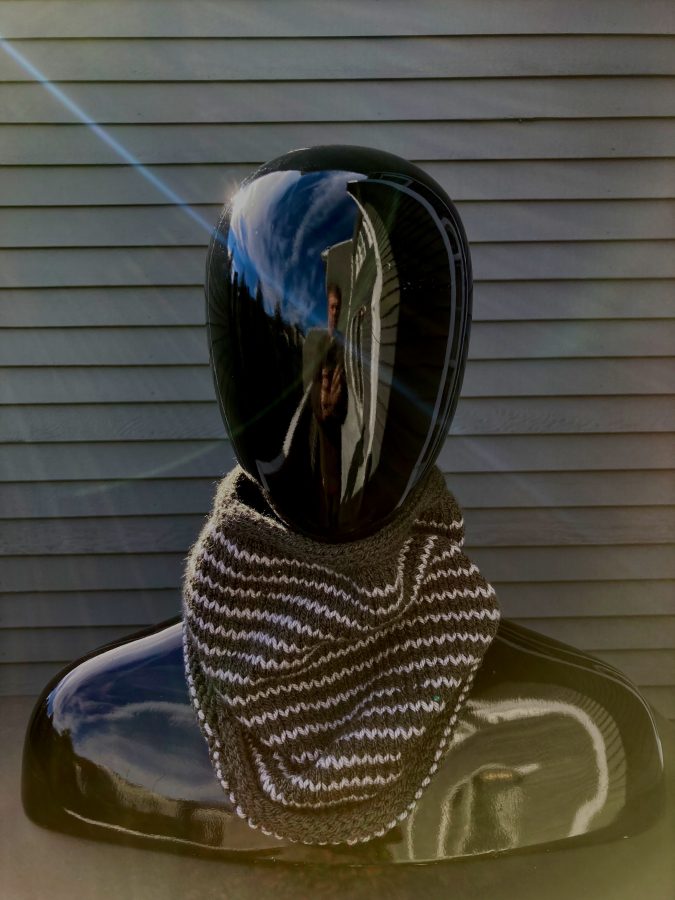 It’s just the reverse colorway of the last cowl/gaiter I made. I love how it turned out. There was a photo of it warn inside-out, but I didn’t really like it that way. Though I’m sure there are those of you who would.

2 comments on “Perseverance That Pays Off”