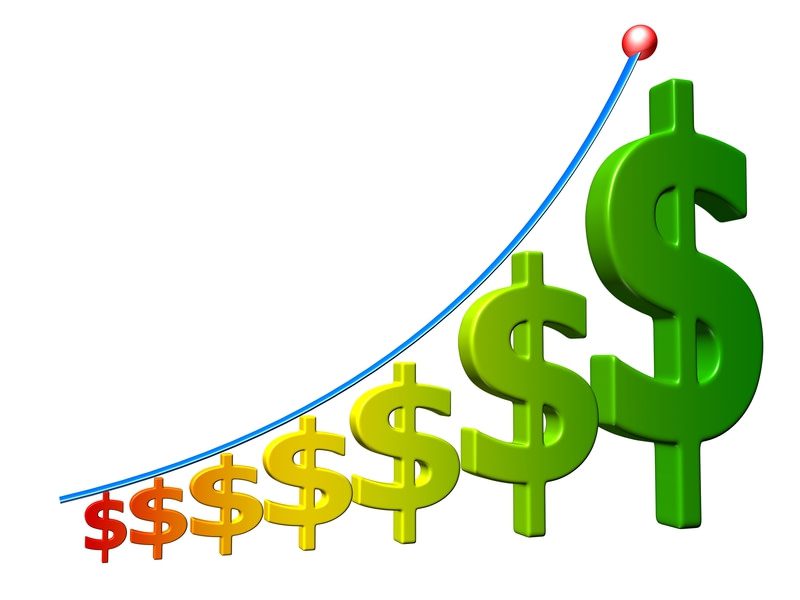 A Dollar Adds Up

When it comes to purchasing give-aways for the Men’s Knitting Retreats, a dollar adds up.

Long-Standing Tradition Where A Dollar Adds Up

The first ever Men’s Spring Knitting Retreat took place in May of 2008. When Ted and I decided to start this thing, I had no idea what I was getting into.  We both expected about 8-12 guys to be interested enough to attend.

When we quickly had 25 guys register, we realized we needed some structure to the event. With no budget, we set up a roadtrip to a local alpaca farm, set up workshop volunteer leaders and put together a formalized agenda. We also looked for “give-away” items related to knitting.

Since it looked like we were going to have a maximum of 40 guys (we ended up having 32), if we were going to purchase anything for each guy, it had to be inexpensive. I combed through Dollar Stores. I even looked in odd places like hardware stores for possibly knit-related items. There were some places willing to donate 40 items as well.

Because even if it only cost a dollar, it was a $40 expense to purchase something for each guy.

I did end up finding these awesome little cloth bags 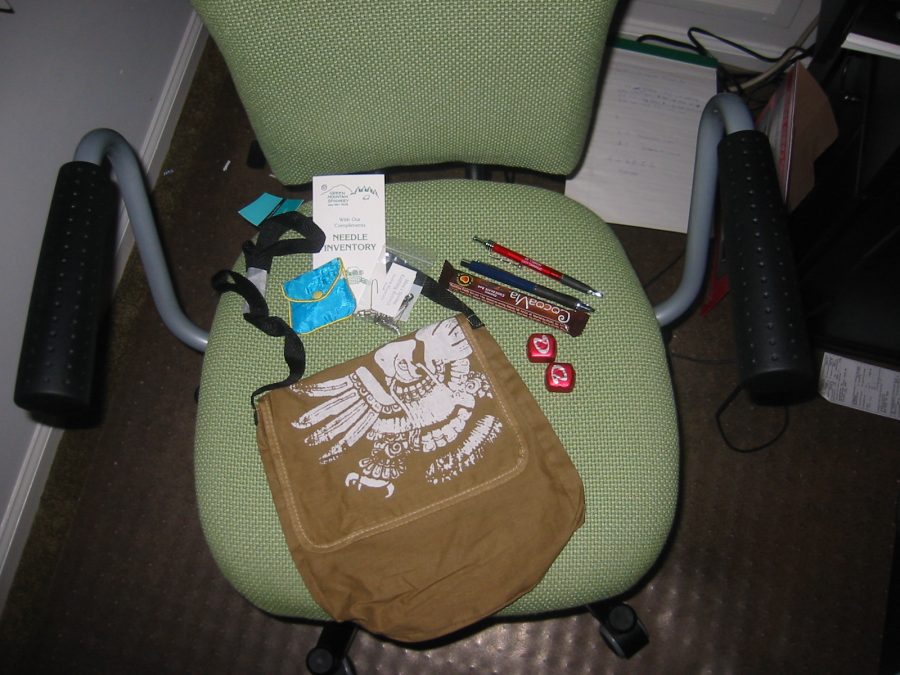 Green Mountain Spinnery donated a “Needle Inventory” and M&M Mars donated some candy.  I found some inexpensive rubber washers and put them in little pouches as stitch markers. And I think I stole a few boxes of pens. Ted also put together small bags of coilless safety pins for each of the guys.

These days we have a little bit of a budget for give-aways to the guys. But with two retreats, we usually end up buying at least 80 of each item.  We almost always buy a flashlight, a pen and a spiral notebook for each guy. And then some other give-away or another. 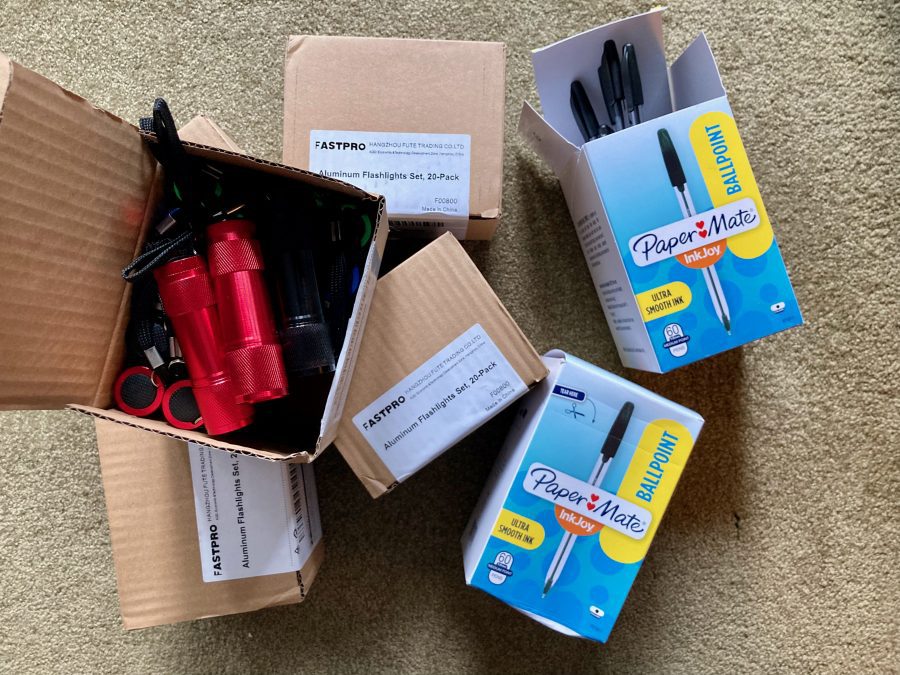 This year the guys will each get a small tape measure as well. 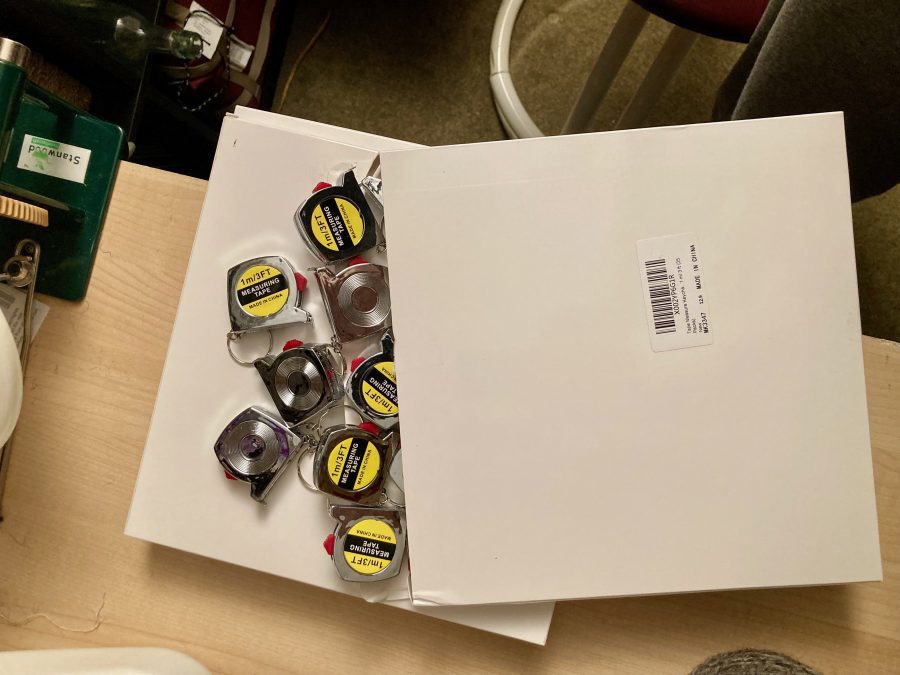 We know full well that the guys don’t come to the knitting retreats because of the give-aways. But it’s always fun to go through a project bag to find little goodies. No?

Got a bit snagged on my current knitting project. 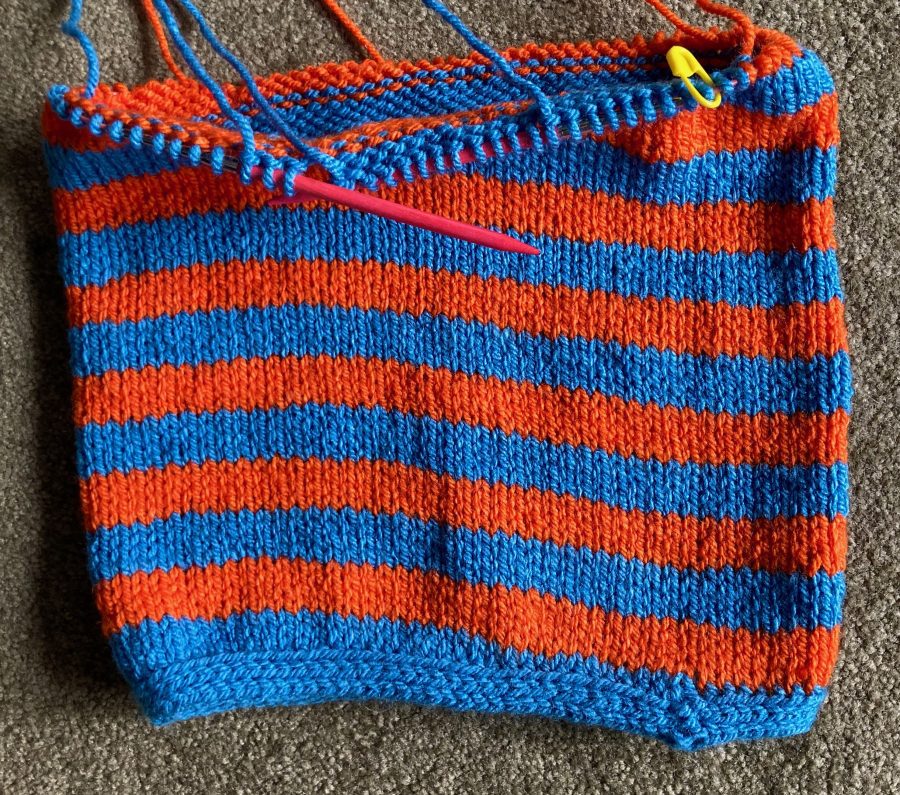 It’s another Snug Cowl/Gaiter done with helical striping. But each striped is four rounds wide. Which requires a bit of a tangle. 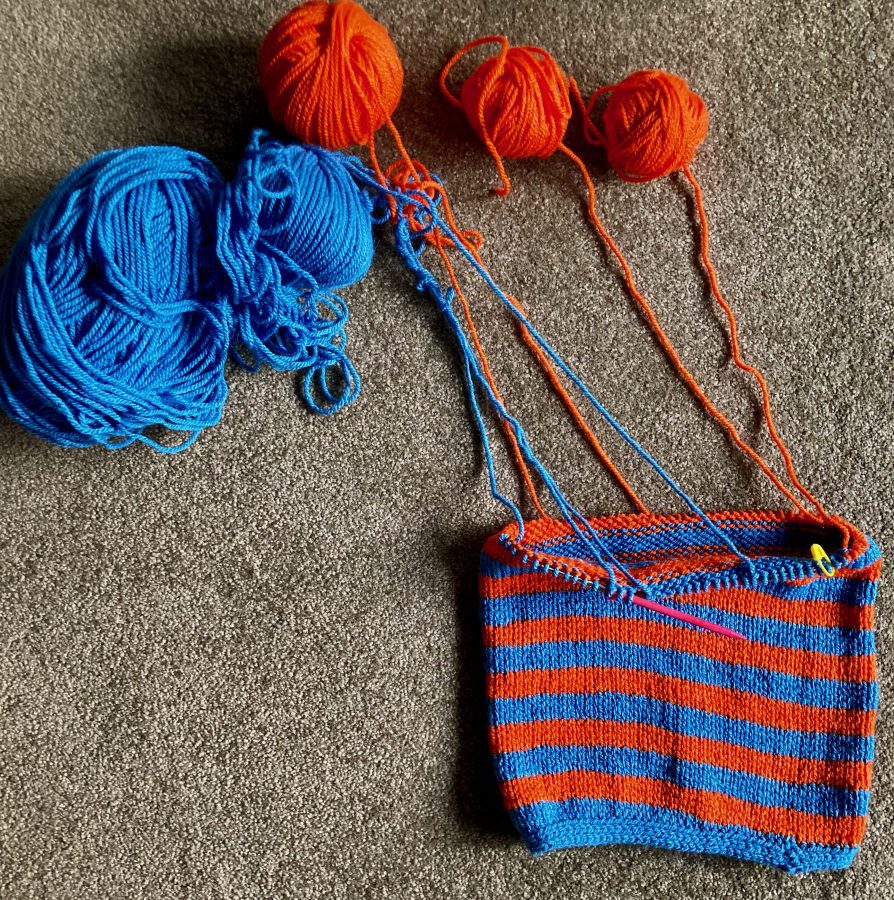 Each round of a stripe in helical knitting requires a separate yarn-feed. So this one requires 8 separate yarn ends to create thicker stripes. It’s a constant task to keep it all untangled.

And to make matters worse, I’ve had to rip this one out or tink three times already.

4 comments on “A Dollar Adds Up”