No Such Thing As Random

There is no such thing as random. True randomness only occurs in theory, so it annoys the shit out of me when a pattern or technique requires me to do something randomly.

Since There Is No Such Thing As Random

Yes, there are scientific methods to establish random outcomes.

I worked for Gallup Polls during my college Summers. One of my jobs at Gallup was to “randomly” select the sample of phone numbers that our poll workers would use. We’d would use a map showing the number of registered voters in each precinct of a State and draw a serpentine line through each of the precincts. We would then use a scientifically random method of selecting a “start number” and a random multiplier number to randomly select the precinct where we did our telephone polling. We would then obtain the phone book(s) for that precinct and use a similar scientifically random method for find a “start phone number”.

After all this serpentining and subterfuge, we still didn’t have a technically random sample.

So, when a pattern or a technique asks me to randomly knit two colors across a row. Or when spinning a three-color yarn puts me in fear that it will stripe and pool badly if I don’t do it completely randomly. It’s a bit annoying.

I think that’s the reason it’s taken me so long to spin up the Jacob roving I purchased a long time ago. 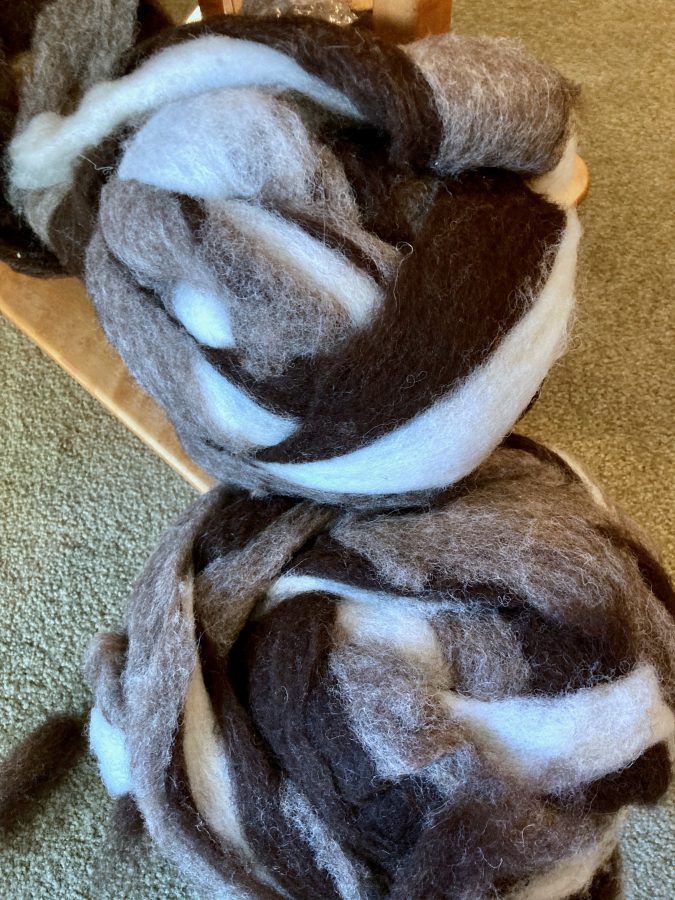 I have surrendered to the idea that my final plied yarn will not be random. It might have stupid looking streaks of white in whatever I knit with it. But it will still be better than sitting in my craft room for another decade or so.

The roving spins up quite nicely. I love the soft, plushy feel of it. 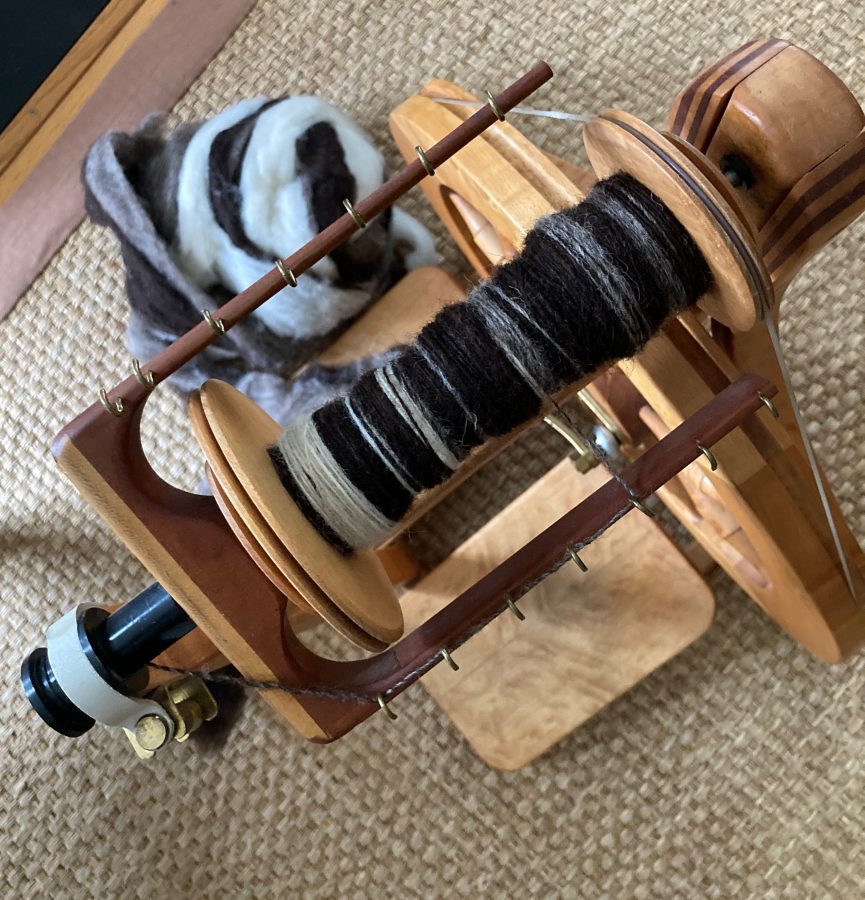 I have also finished the Garter Striped Scarf, and I really love it. 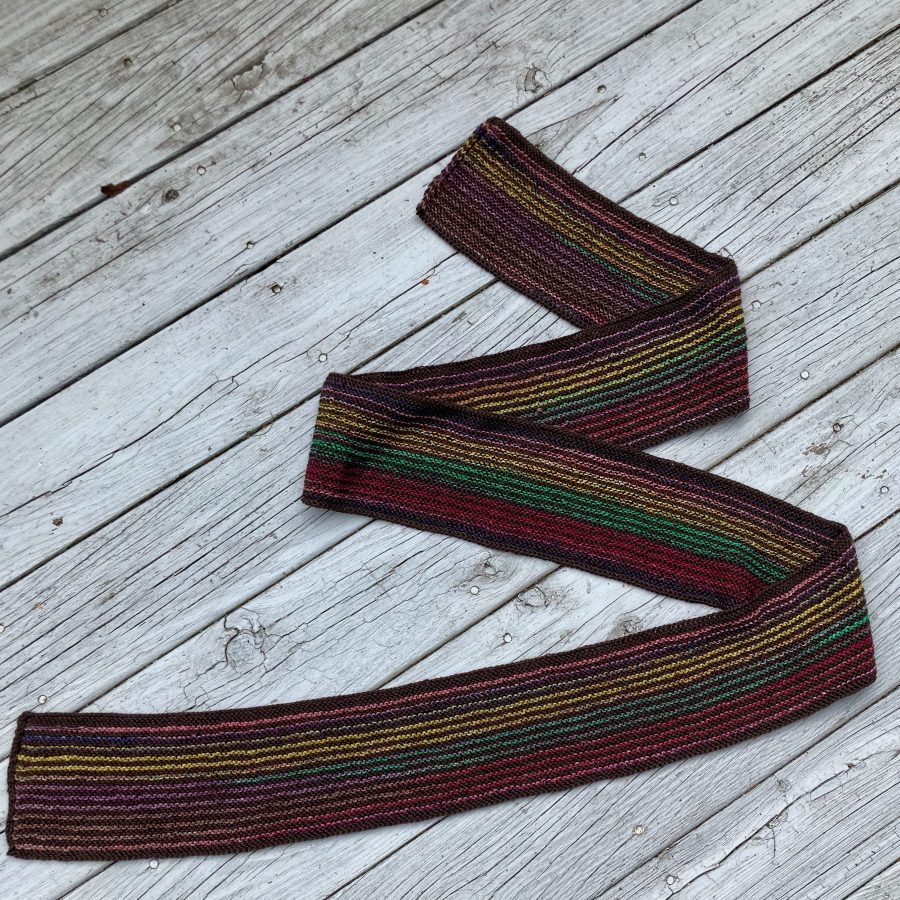 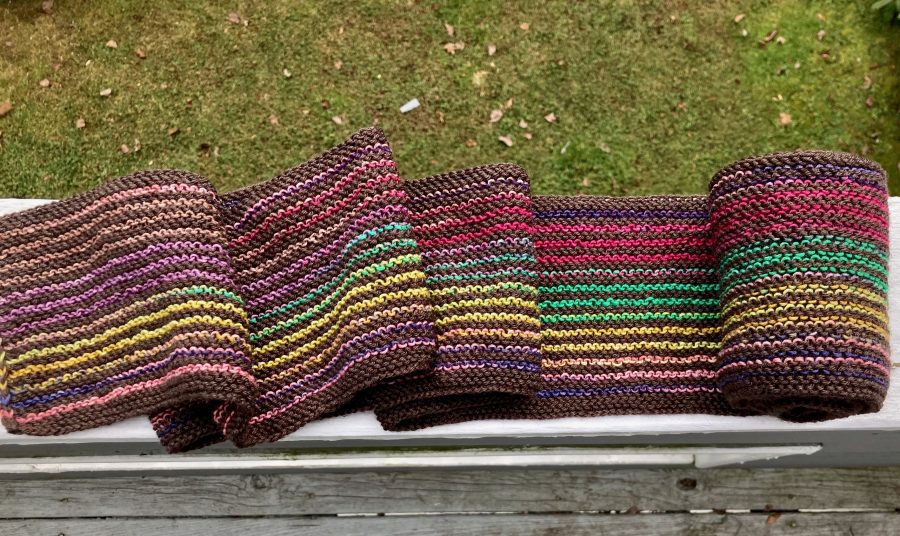 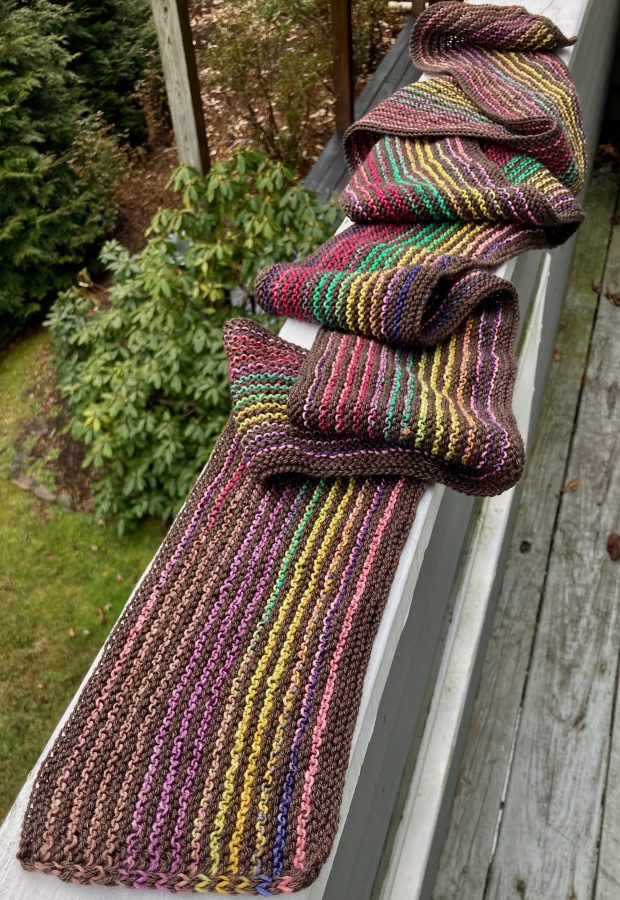 While it will probably go into my craft show inventory, I may opt to keep it for myself instead. We’ll see.

4 comments on “No Such Thing As Random”