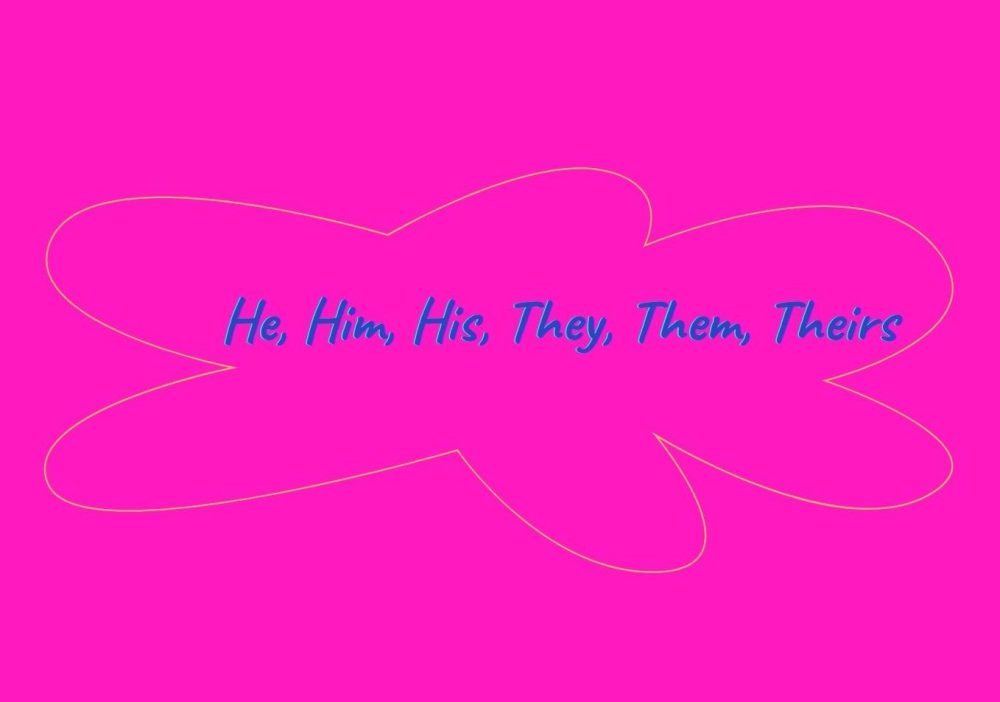 Telling others your pronouns is one of the most civilized advances in recent memory. It makes spaces safer. And it also makes me so much more comfortable.

I’m getting very used to the idea of use they, them, their for everyone. Why do we need gender-specific pronouns at all?

If you’re a grammar-patrol person, I am aware it’s substituting plural pronouns for a singular person. I’ve grown accustomed to it. And I’m pretty certain the grammar rules will change to allow this (if they already haven’t).

A while ago, I was creating a survey. It was associated with a knitting skills proficiency database I was trying to create.

Is It Relevant Anymore?

Having worked for the premier surveying company, Gallup, I just automatically added “Sex” as one of the questions to the survey. I was thinking it might be useful to show results based on a person’s sex. But I didn’t know how to ask the question. Male, Female, Other, Prefer Not To Say? Non-Binary? Cis? Trans? I wanted the question to be as safe and inclusive as I could make it.

So I asked the hive mind on social media. What’s the best way to ask this?

Many responded with great advice. And that advice was a question. Do you really need to ask? Is it relevant? Why do you need to know?

That’s all I needed to remove the question from the survey.

Fast-forward to a few days ago. I was watching an interview with someone who announced their pronouns as “she, her, hers, they, them, their” and they would respond to them interchangeably. It was very liberating to have the option of not associating sex with a pronoun.

Yes, gender-non-specific pronouns aren’t as exact. Pointing to a man in a group of people and saying “him” is more clear than saying “them”. The term “them” in this situation could be the group, a subset of the group or any one person in the group. But honestly, we’ve gotten used to grammatical work-arounds for not have a plural of “you.”

In the past few years, I’ve been trying to use they/them/their whenever I don’t know the person.

And don’t get me wrong. I’m happy to call you by any pronoun you want.

But I’ll be a lot happier when we eliminate gender-specific-pronouns altogether. 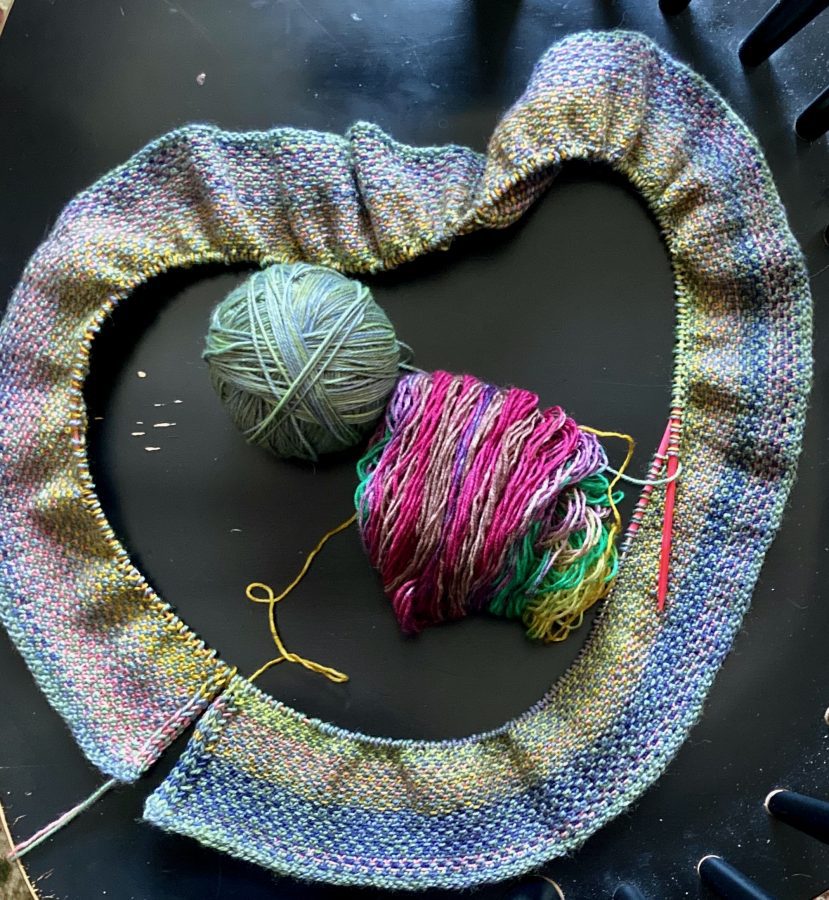 Anyone who’s ever done Linen Stitch knows how slowly it grows. I’ve been really busy with the Men’s Spring Knitting Retreat, but I’ve still done a TON of work on this scarf (despite all appearances).

Two things I really like about this scarf. The pebbly, reverse side of the scarf is almost as nice as the “right side.” 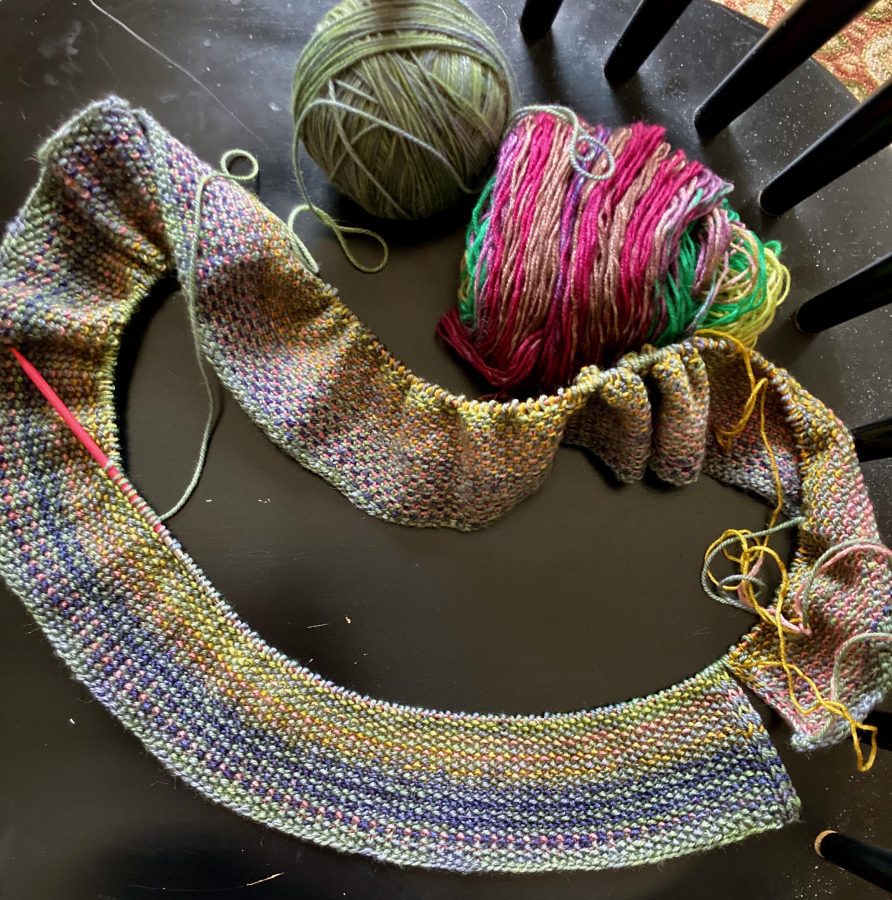 And the i-cord selvedge edge is a really nice finish. 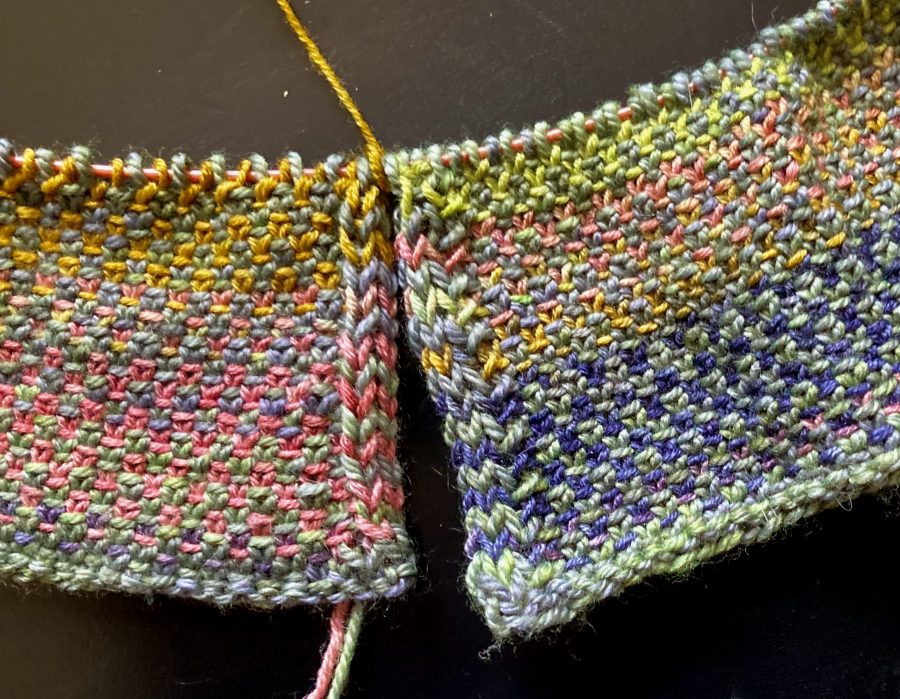 I’ll be using that edge on a lot more of my knitting.