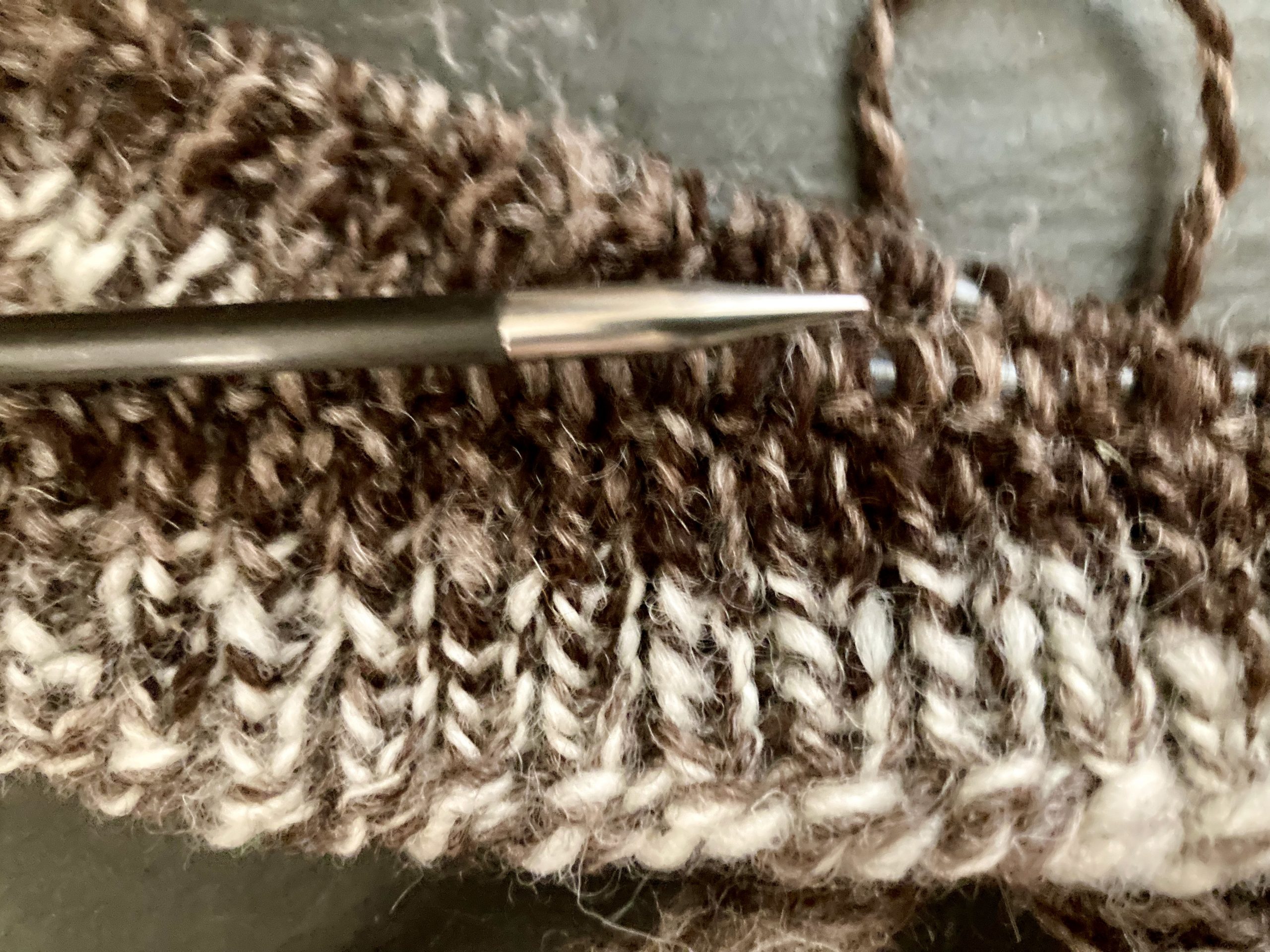 I’ve got shitty vision for a knitter. And I don’t mean acuity. I have such a micro-view of my work, I really need to expand my vision.

Expand My Vision To A More Macro View

There are three types of knitters when it comes to how they envision their work.

I used to the the second type. But after many “failed” attempts at designing something, I have changed. I used to get an inch of knitting finished and HATE the project immediately.

Recently, a knitting friend was working on a colorwork shawl. The kind of project that created a visual composition when it was completed. You know the kind of project…the one that you look at your first inch of colorwork and think it’s going to look terrible. This friend asked if he should rip out his work and start again.

Had he asked a couple of years ago, I would have agreed with him. I would have suggested he rip it out. But instead, I knew the little bit of knitting was no indication of what the entire composition would look like. So I advised him to continue for at least five inches before deciding. It turned out to be a beautiful shawl and he was glad he hadn’t ripped it out.

Don’t get me wrong. I didn’t envision what his shawl would look like. I just knew I couldn’t trust micro-vision to determine whether he should continue or not.

That’s where I am with my newest project. 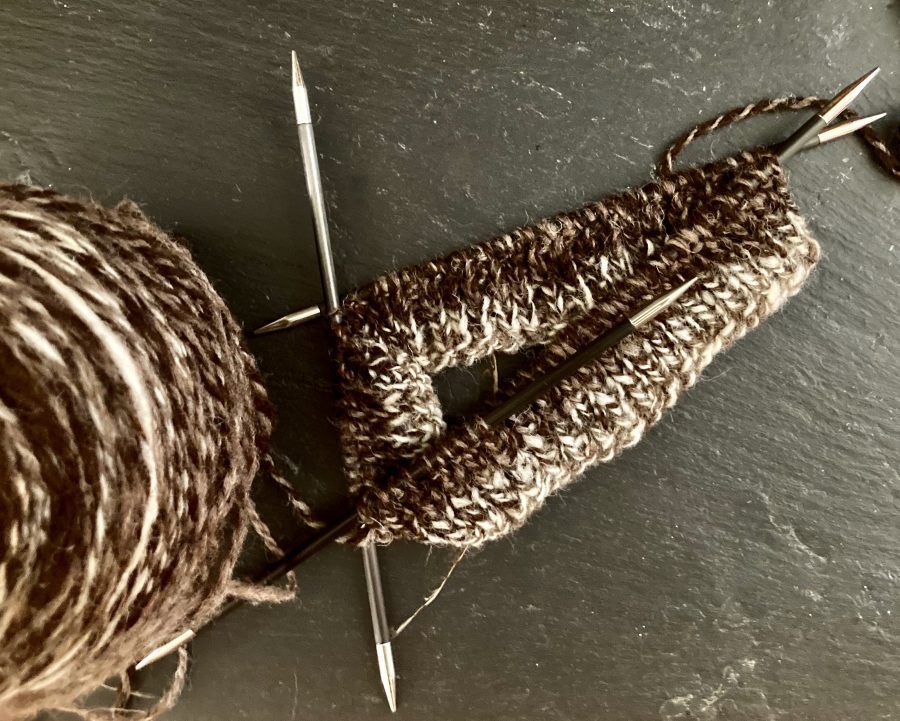 Using the Jacob wool handspun yarn, I started a new hat. It currently looks awful to me. And indeed, it may look awful when it’s finished. But I don’t know. First of all, the changes in marling and colors may look great in a hat. Second, the  part I’m knitting now will be rolled up. So the fabric behind it will change how it looks.

Gratefully, I am able to put in a lot more work on a project, even if that means I end up ripping it out.

I envy the knitters who can envision a finished project. But honestly, I don’t think I’ll ever be one.

Which type of knitter are you?

In addition to starting the ragg hat, I also finished two more sections of the Aha Wrap. 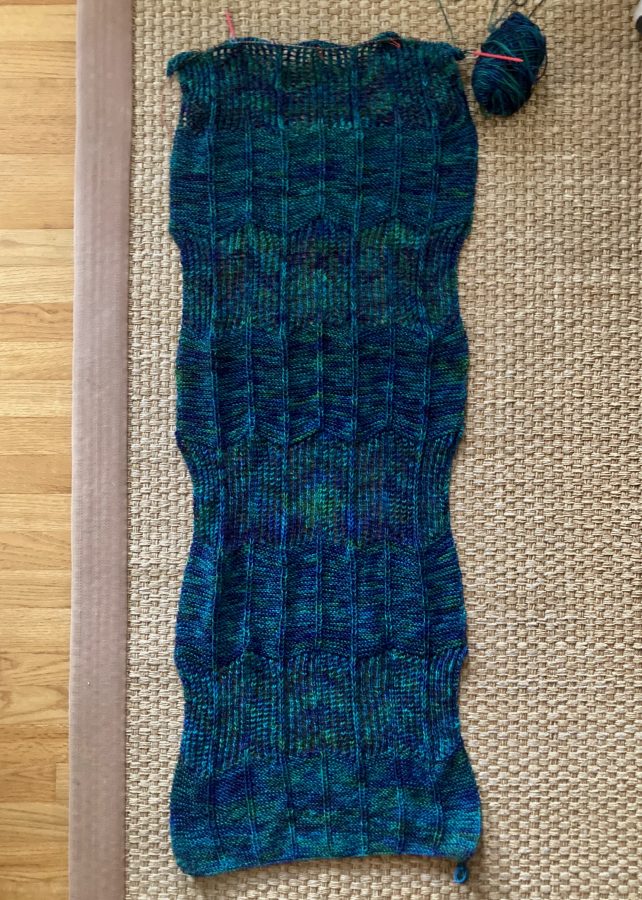 It’s going to be a long, drapey wrap when it’s finished. Even I can envision that! 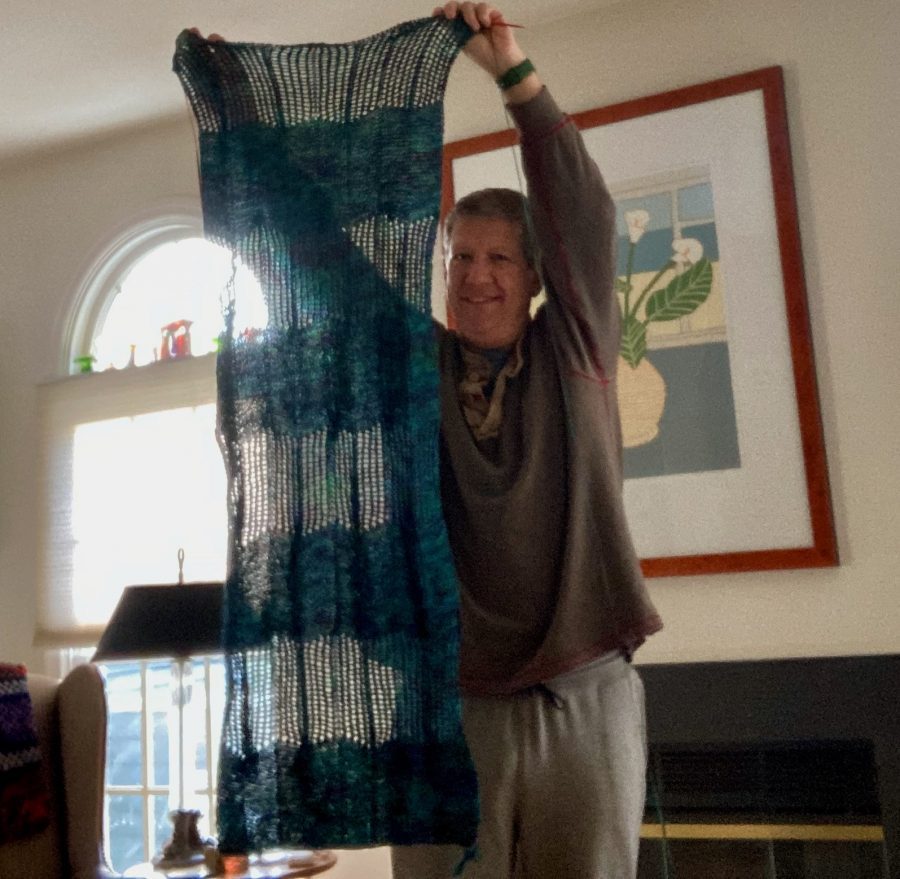 With eight sections finished, I only have five more to go!

4 comments on “Expand My Vision”