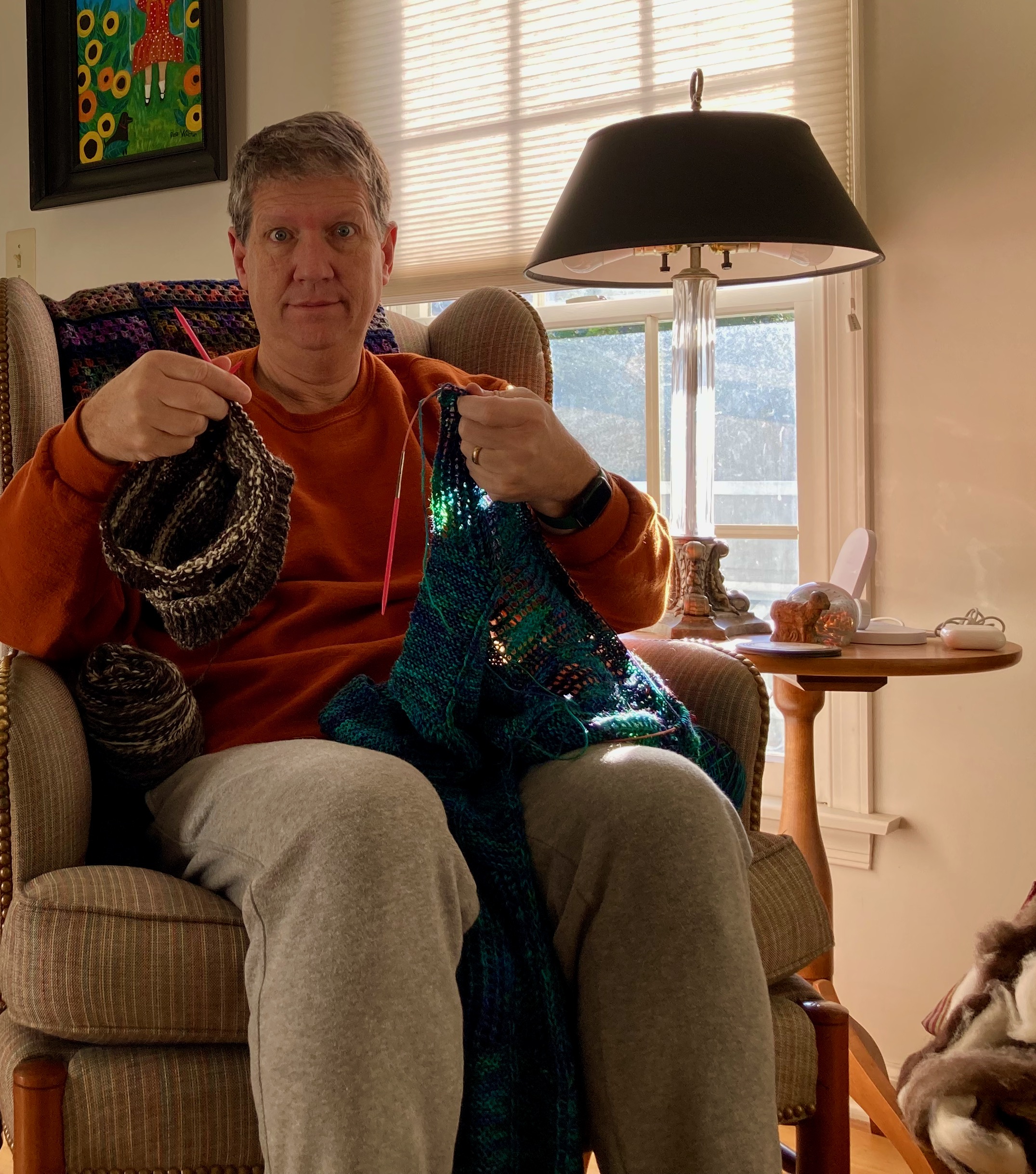 It’s not typically what I recommend. When I over-promise and under-deliver, I set expectations and then disappoint.

Not Typical Behavior – Over-Promise and Under-Deliver

Usually I try to err on the other side of this equation. I set expectations a bit lower than what I anticipate.  That way, if I won’t disappoint. Or if things go well, people are thrilled that I OVER-deliver.

On Friday, I blogged about the status of two projects I have on-the-needles. The Jacob handspun hat and the Aha Wrap.

I’m not that fast.

Turns out I was finishing about 1 panel a day on the Aha Wrap. And it took me a little time to realized I wouldn’t be able to make up the time and finish it. By the time I thought, “I’ll just finish the hat instead!”, it was too late.

So, you’ll see below, I finished neither project.

The happy news is that I never really set this expectation for anyone else but myself.

But I am still disappointed in me.

I finished 10 panels (of 13) on the Aha Wrap before I decided to switch over to the hat. 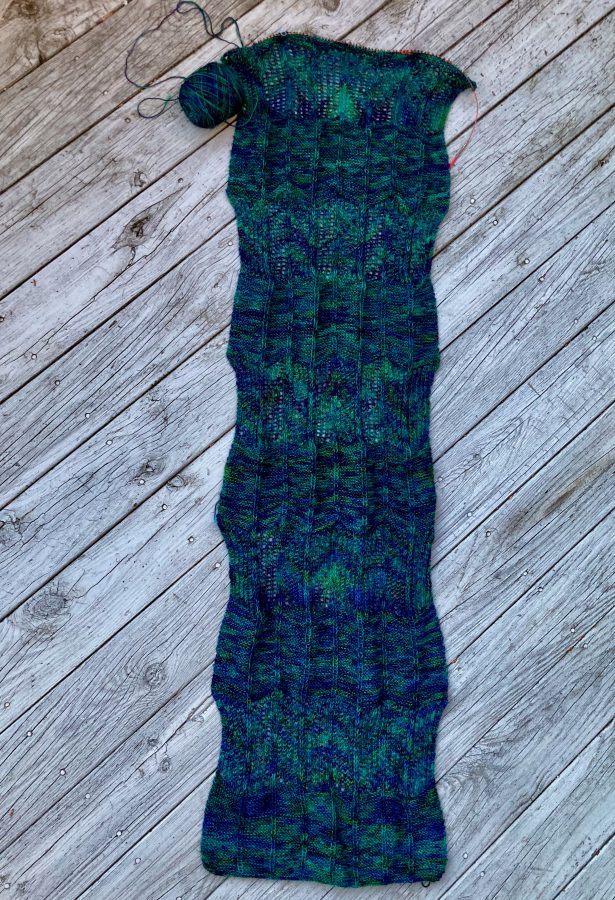 It’s going to be a very large wrap. Very warm and quite beautiful.

The Jacob handspun hat has some issues too.  I finished the ribbing and decided to try a pattern stitch on the body of the hat. 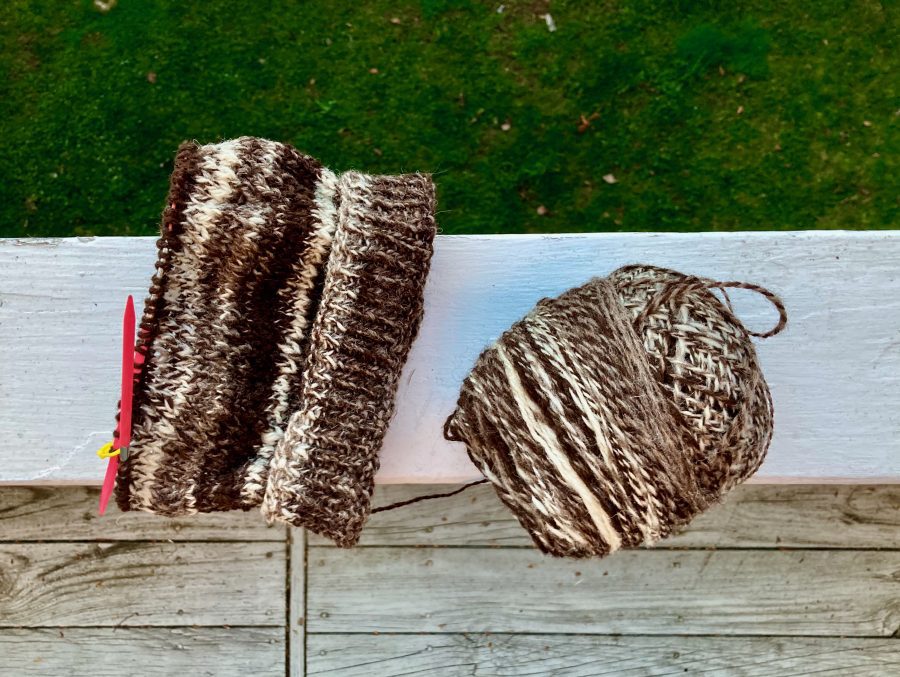 Even close up with the contrast bumped up a bit through photo editing, you can’t see the stitch pattern. 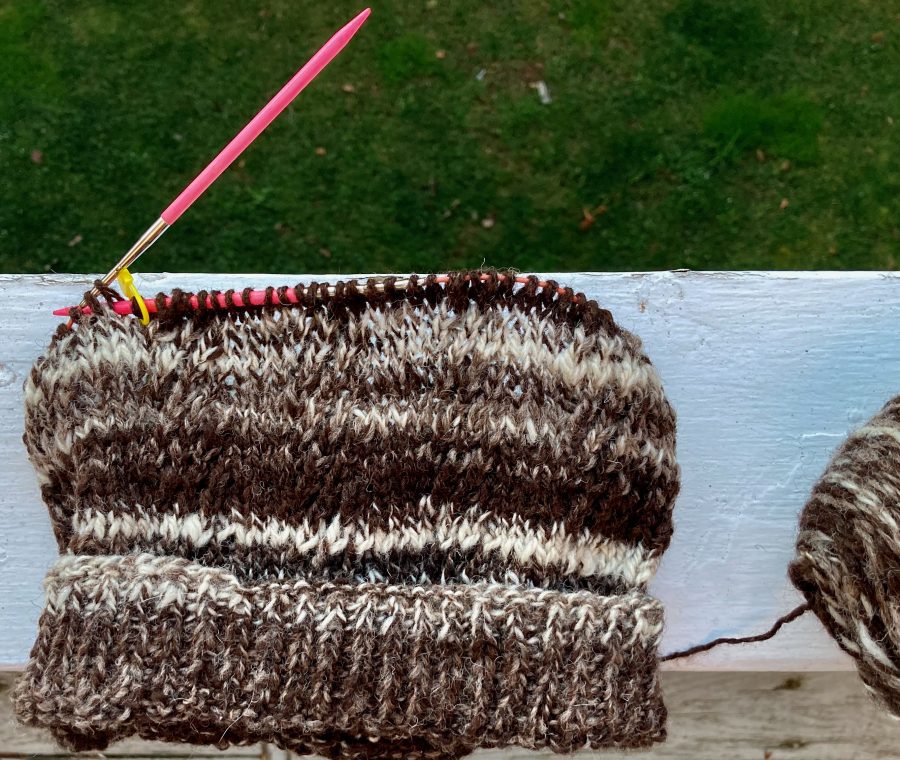 I’ve pretty much just got the decreasing top section to finish. Once I do, I may decide to rip it out and re-do it without the stitch pattern. I don’t care that it doesn’t add anything to it, but I’m afraid it may be making my knitting look messy.

3 comments on “Over-Promise and Under-Deliver”