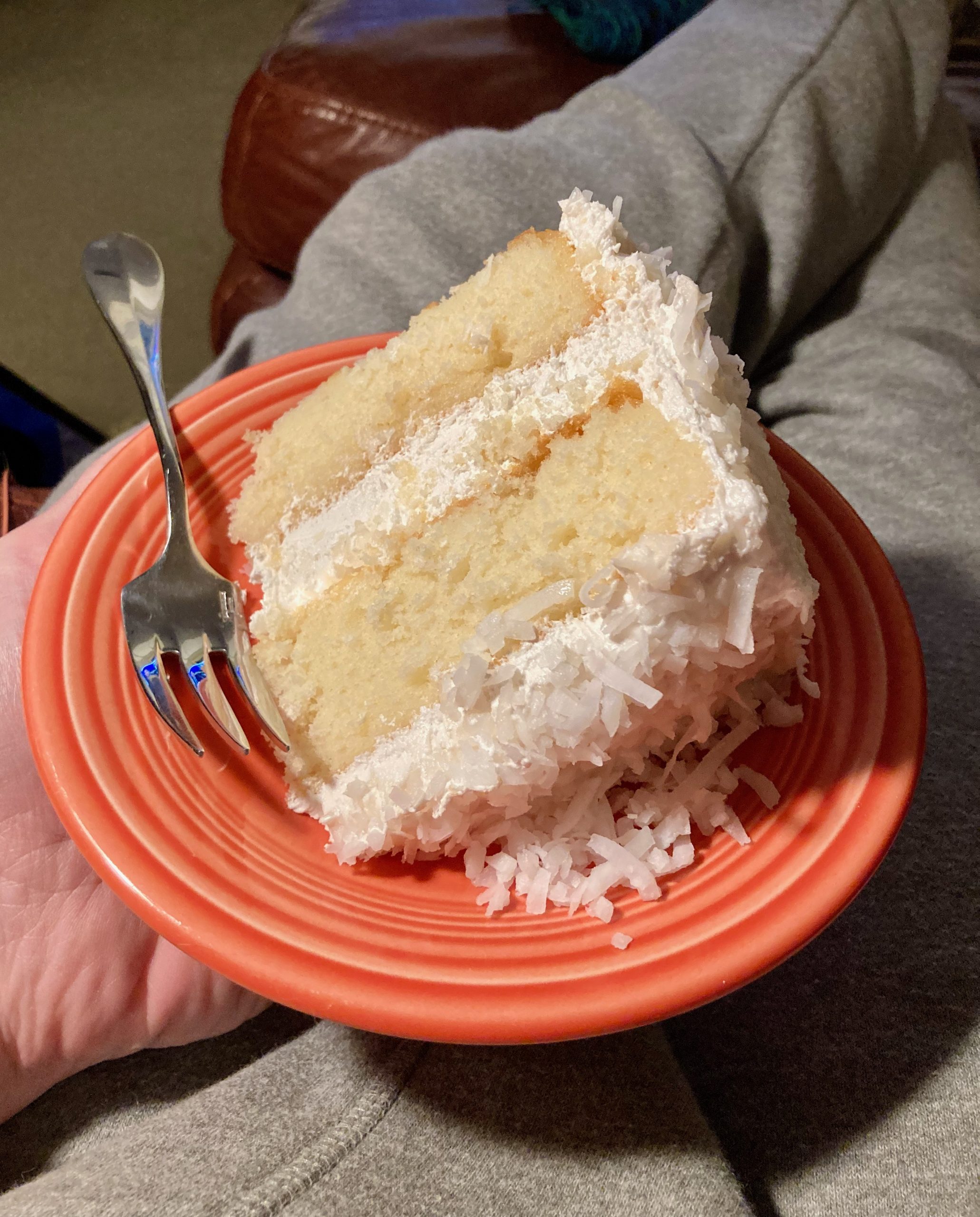 Ever since I was young, I’ve always loved sweets. And for some reason, there is nothing as sweet as birthday cake.

Menonite Coconut Cake Is My Birthday Cake of Choice This Year!

My mother often told the story of when she was pregnant with me. She’d go for her regular check-up and associated weigh-in at the obstetrician. Then she’d stop at Dunkin’ Donuts and buy a dozen cream-filled donuts and eat them all. Then she’d watch what she ate until her next check-up. I’m convinced that it was my cravings in-utero that compelled her to do this.

Those cravings never stopped. Once I was ex-utero (is that a term?), I’d compel my mom to make me an angel food cake with sweetened whip cream for my birthday cake each year.

Now, we just head to the local “Amish Market” (it’s really Menonite) and buy their coconut cake to satisfy my annual birthday craving. Or order a caramel cake from Savannah’s Candy Kitchen (like I did last year).

I’ve also gifted myself with some yarn!

With the successful completion of the Aha Wrap last week, I started on a new wrap project.

But mostly it’s because I’m still annoyed that he claims there is no mistake in his pattern. So you’ll have to search archives of QueerJoe if you want to locate this pattern. I will give you a hint if you’d prefer to just design your own. The two gray triangles are knit separately from the corners and then connected with rows of chevrons.