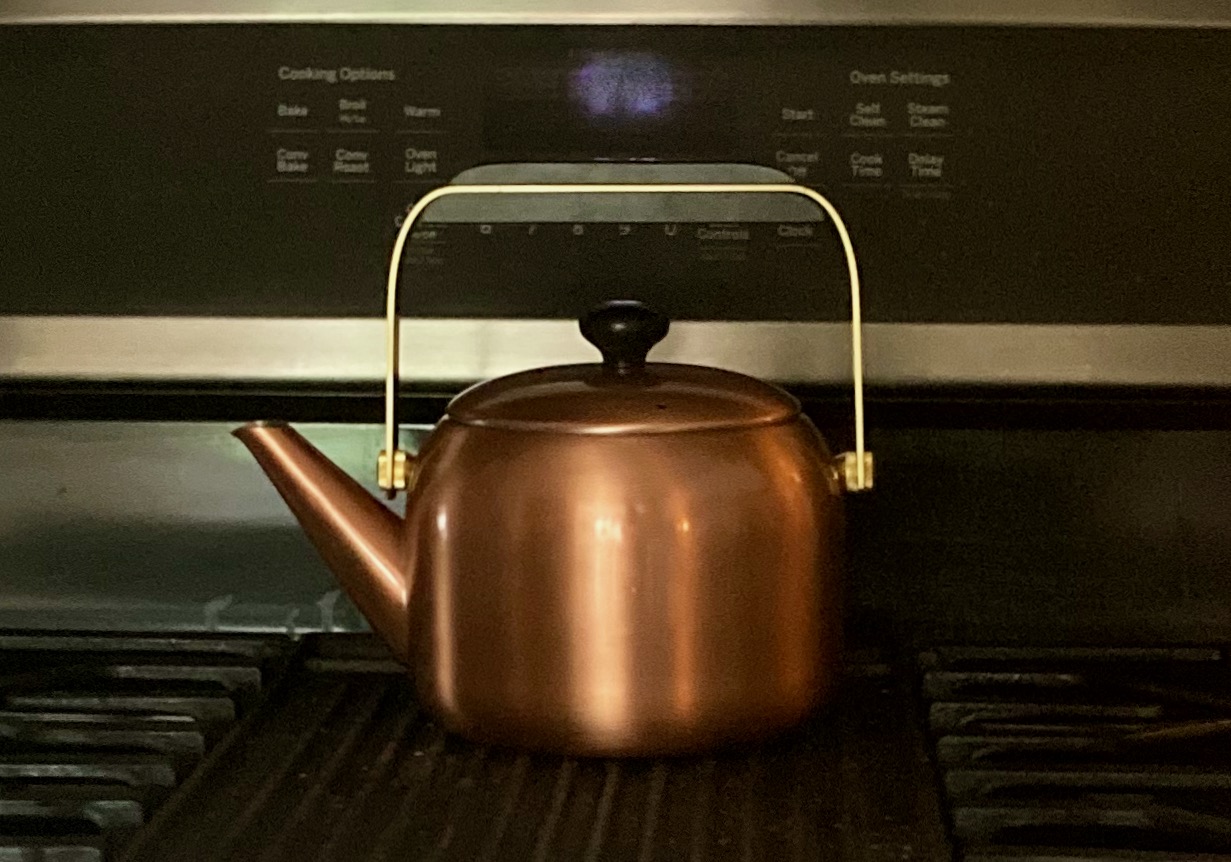 II realized many of the readers here share a similar visual aesthetic. Aesthetic design has become important for me over the years.

Recently, Thaddeus got this simple and elegant tea kettle as a birthday gift. It’s both beautiful and functional.

And perfect for a household of two. Thaddeus and I both knew immediately that this was the exact kettle we wanted. We have a very broad overlap in our taste similarities. But honestly, I think this piece of functional art would appeal to many people.

Similarly, there was widespread agreement about the button I should use for the latest Knitted Cross-Body Bag. Almost everyone thought it should be blue. And many thought it should be the spiral design. I agreed. Until I placed the blue spiral button in the center. It wasn’t quite right. So I went with the blue hatched button instead.

Either button would have been fine. But the spiral button was a bit more purple and it wasn’t quite as good as the bluer hatched button. It’s difficult to capture the subtleties in photos, but I think most would agree if they saw it in person.

Thank you all for your input. While I suck at choosing buttons, I know what I like when I see it!

I’m very fond of how the reverse-engineering went. It’s still being test-knit by Graeme (thank you!), so there may be some updates to the pattern. But I decided to publish it now.

I’ve also started a third version. After the third hat, I’ll have a Large, Medium and Small hat.