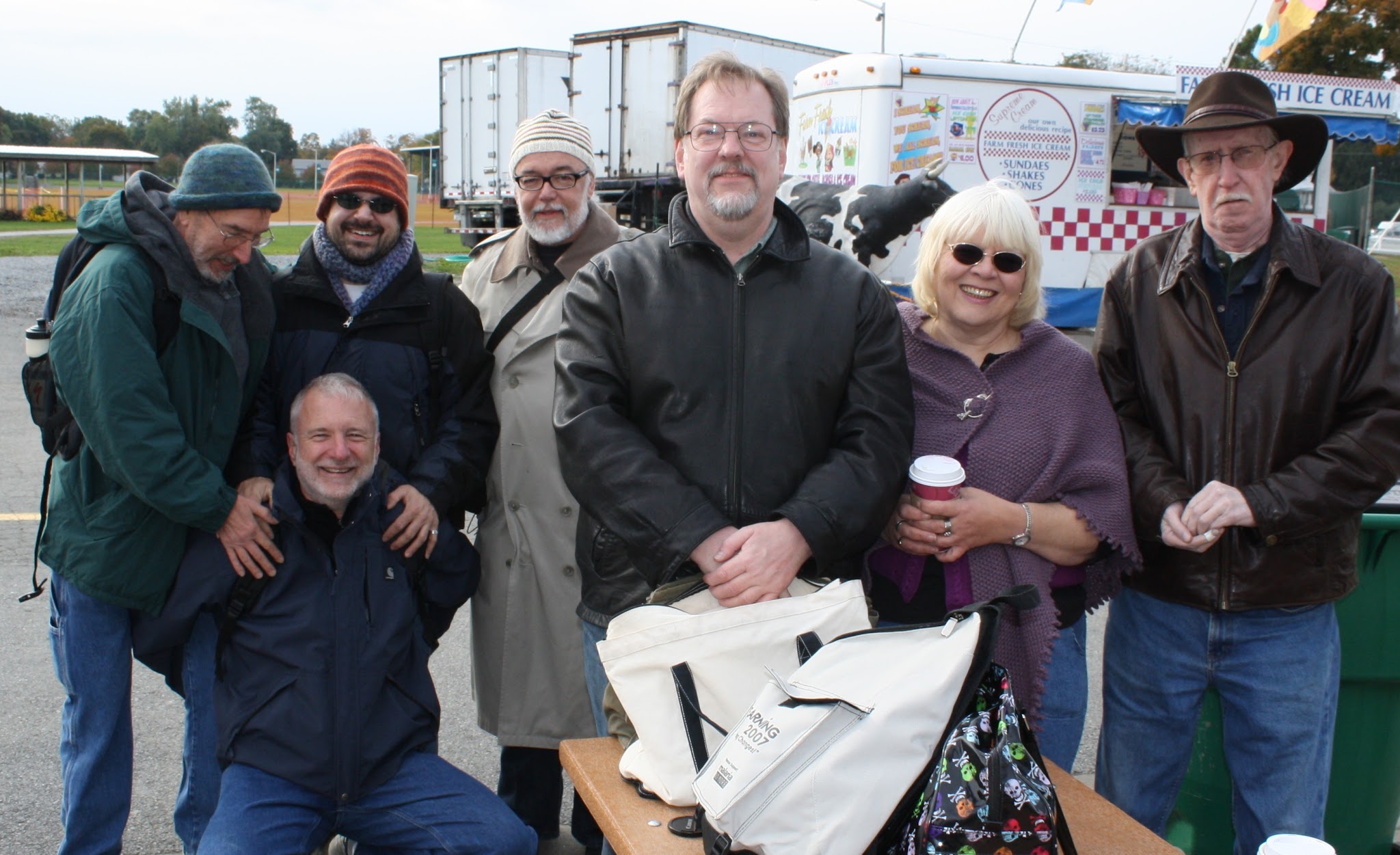 Today, words fail me. My friend Ted Myatt unexpectedly died this past Saturday. I have very little information except that after a snow storm Ted was cleaning off his car and had a fatal heart attack.

Ted has been around in knitting circles for as long as I can remember. He has long been a constant for the last 20 or so years. His death leaves me struggling to find words.

In addition to be an incredibly talented knitter, spinner and designer, he was brilliant at coalescing community. It was Ted who first thought of having the Men’s Knitting Retreats. He is personally responsible for all of the most amazing retreats have have occurred over the last 15 years. Everyone of them began as a result of Ted’s original idea in 2007.

Here is a short montage of photos of Ted.

Working with Ted on the retreats, or seeking out his help in editing a pattern will both be treasured memories. His generosity of knowledge is how I will most remember him.

We have lost a number of friends I have gotten to know through fiber-arts. Doug, Marilyn, Leo, Barry, Lou…and it always hurts.

Mostly, I truly hope that Ted is resting in well-deserved peace.